NORTON SHORES – The Muskegon girls basketball team showed off its depth in a thrilling 55-50 road victory over Mona Shores on Friday might. 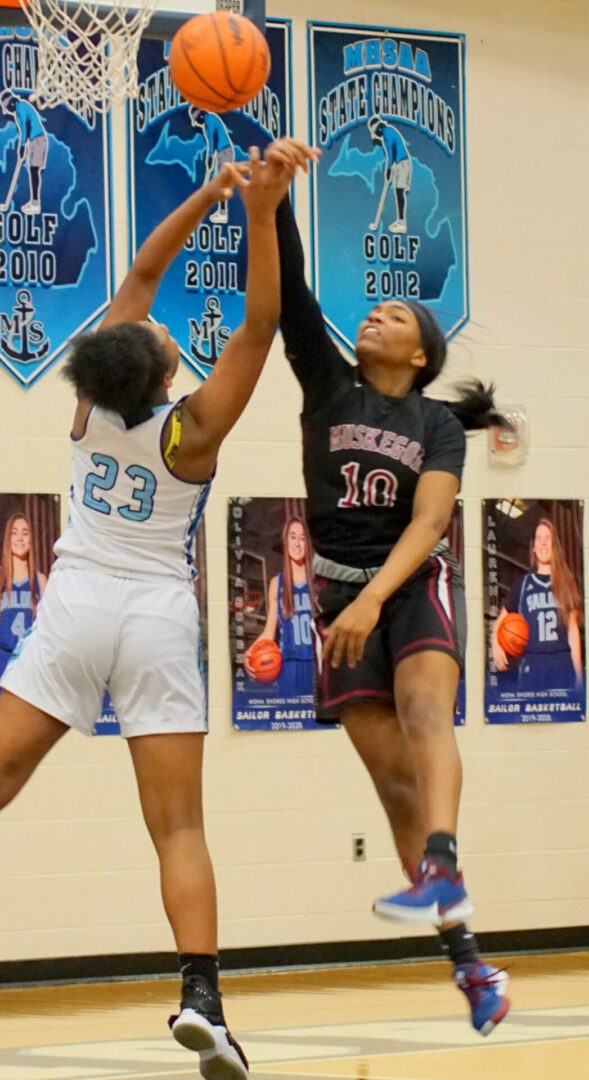 Some fans may have expected the Big Reds to fold up after their leading scorer, DeShonna Day, was limited to just over one minute of action in the fourth quarter, and fouled out with 3:24 remaining.

But Kailyn Nash was still in the game, and more than picked up the slack, scoring nine of the final 16 points for Muskegon.

Her efforts helped the Big Reds overcome a 41-39 deficit and outscore the Sailors 16-9 over the final 4:49, to seal up the O-K Black Conference victory.

“I think I already knew how tough my girls could be,” said Muskegon Coach Paris Thomas. “But they amaze me in how they never give up. I admire what they did tonight.”

Nash said she started shooting down the stretch because her coach told her to do it.

The competitive fourth quarter wasn’t a surprise, because the teams were pretty even throughout the night.

Mona Shores led 11-8 after one quarter, behind four points from Riley Rosenthal. Day led the Big Reds with four points in the opening eight minutes.

Muskegon led 22-20 at halftime after outscoring Mona Shores 14-9 in the second quarter. Day scored five points in the second frame.

Brook LeRoux did her best to keep the Sailors in the game during the fourth quarter, scoring 10 points over the final eight minutes, but ultimately the Sailors fell short.

Nash led all scorers with 21 points on the night while Day totaled 11. Mona Shores was paced by Sobczak with 13 points and LeRoux with 12.

With the victory, Muskegon takes sole possession of second place in O-K Black Conference with a 3-1 record while Mona Shores fell to 2-2.

Muskegon is 7-5 on the season overall and Mona Shores is 5-6. 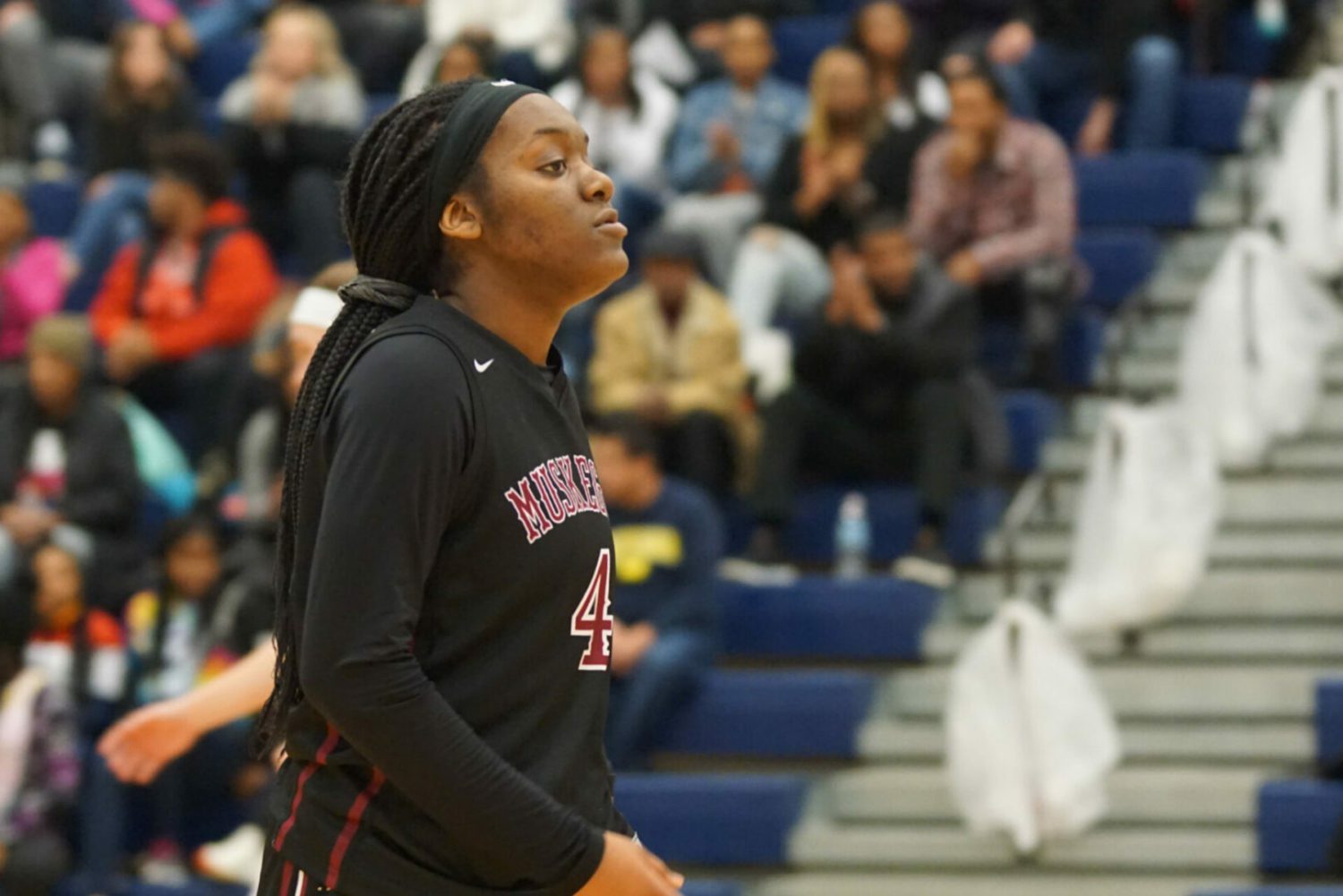 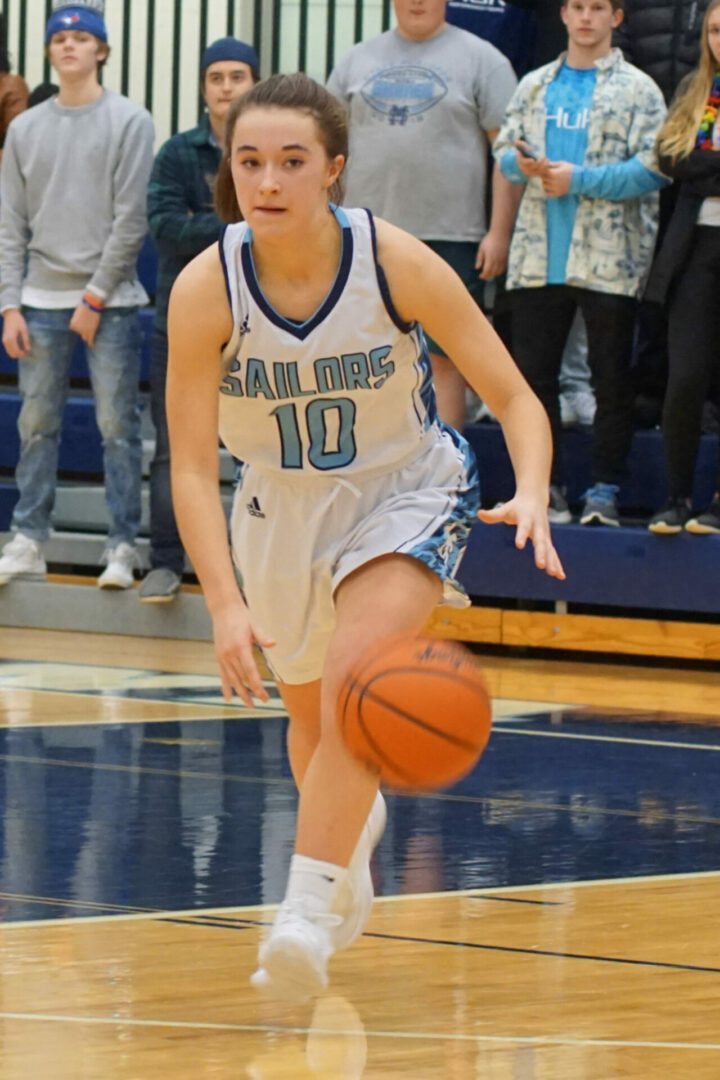 Oliva Sobczak brings the ball up the floor for Mona Shores. Photo/Leo Valdez 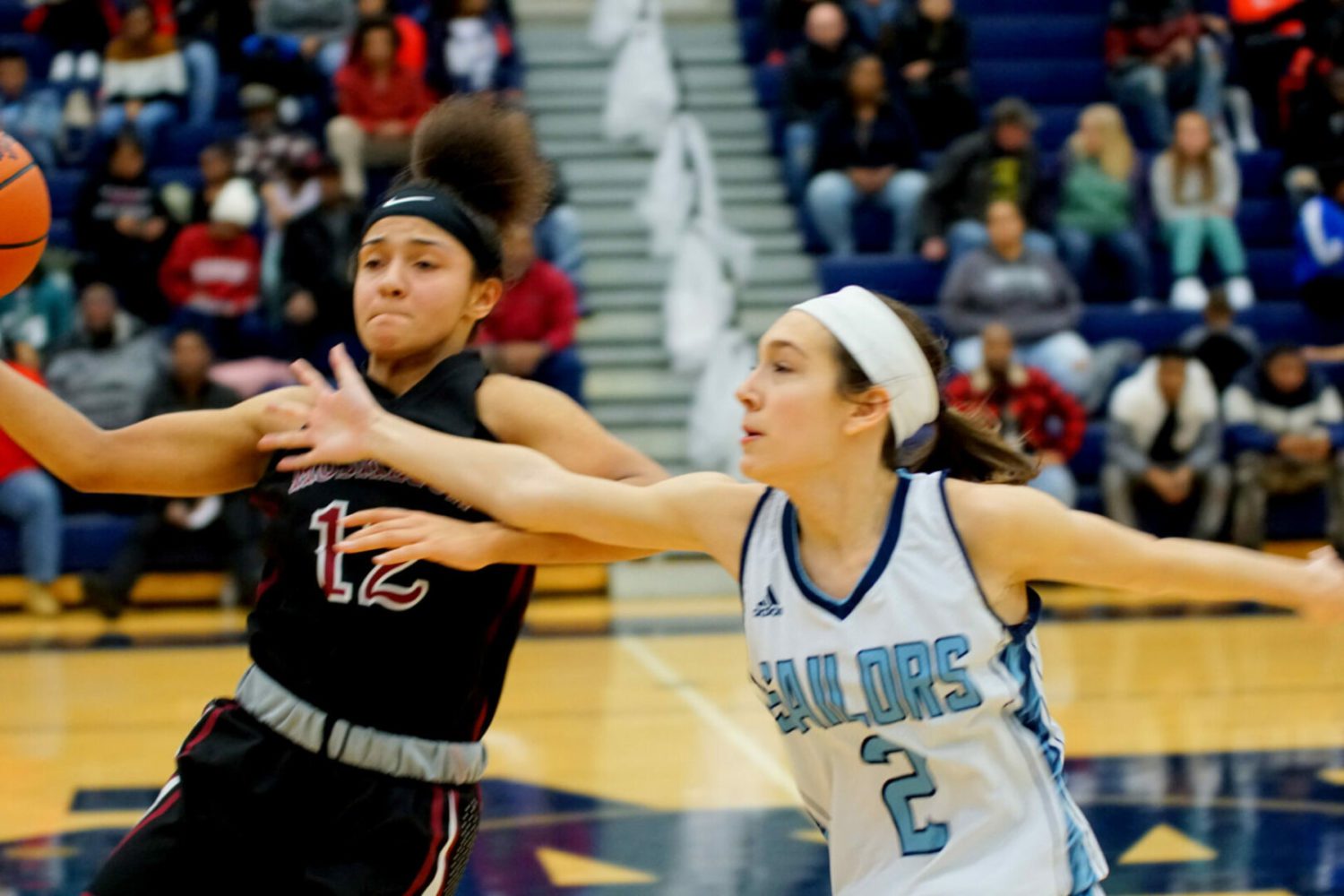 Muskegon’s No. 12 McKynna Sims tries to hold the possession as Megan DeLong goes for the steal. Photo/Leo Valdez

Muskegon Coach Paris Thomas talks with her team during a time out. Photo/Leo Valdez 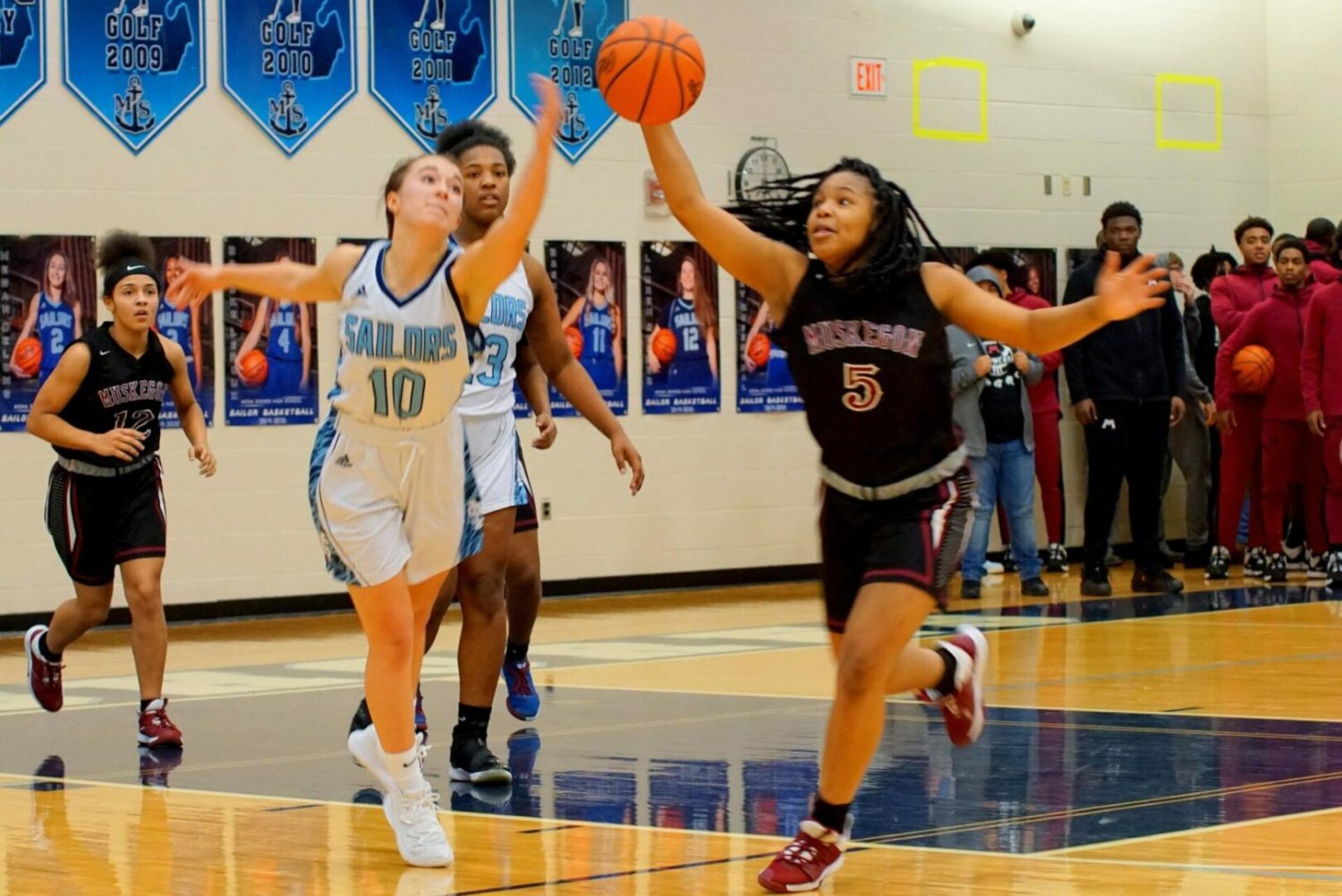 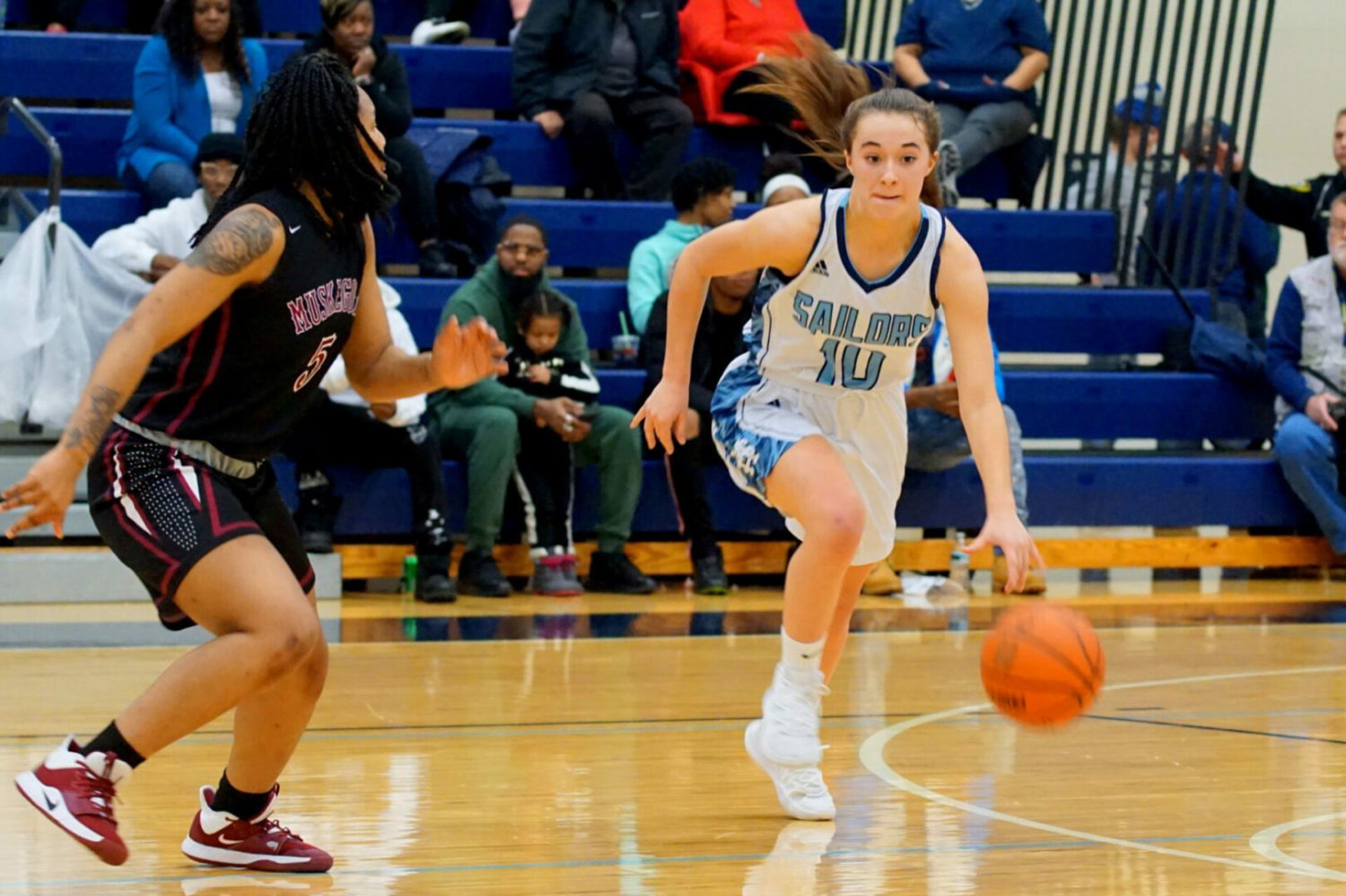 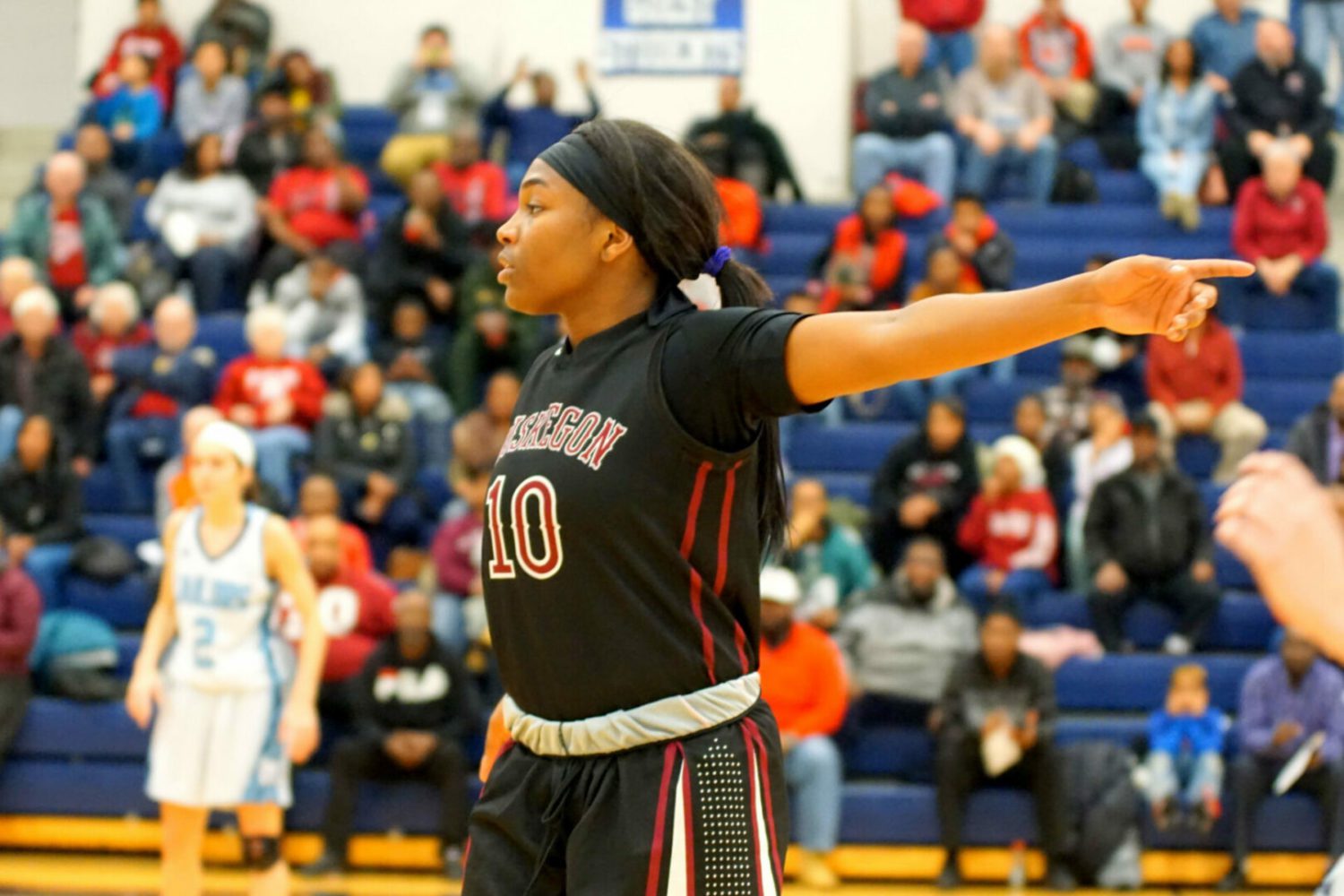 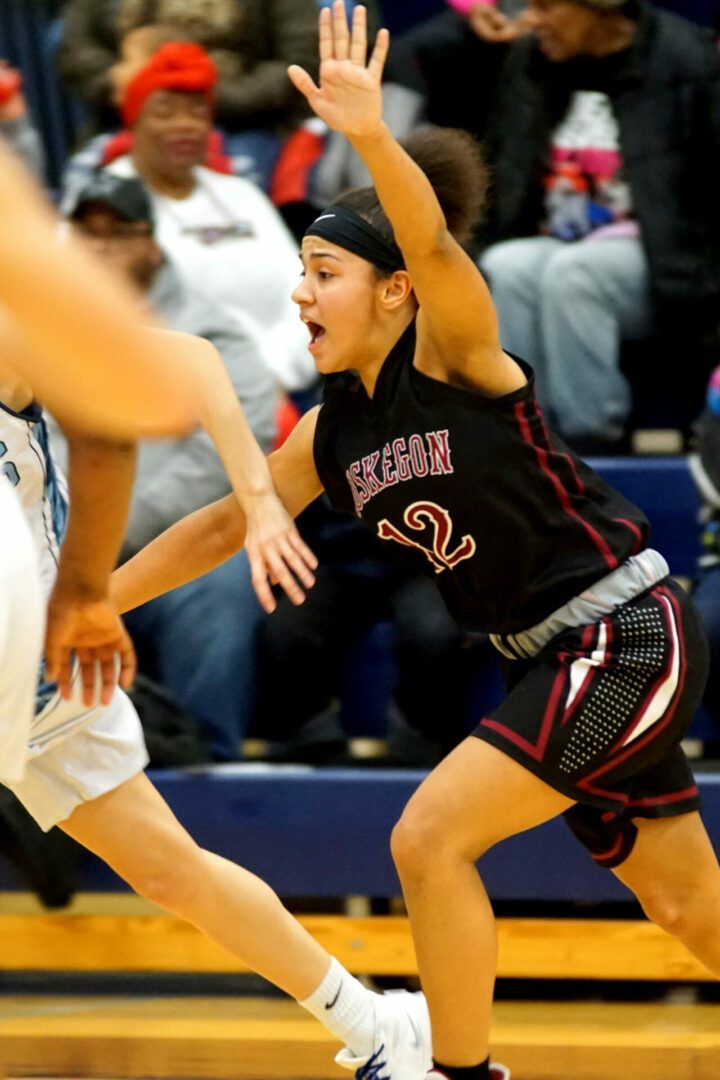 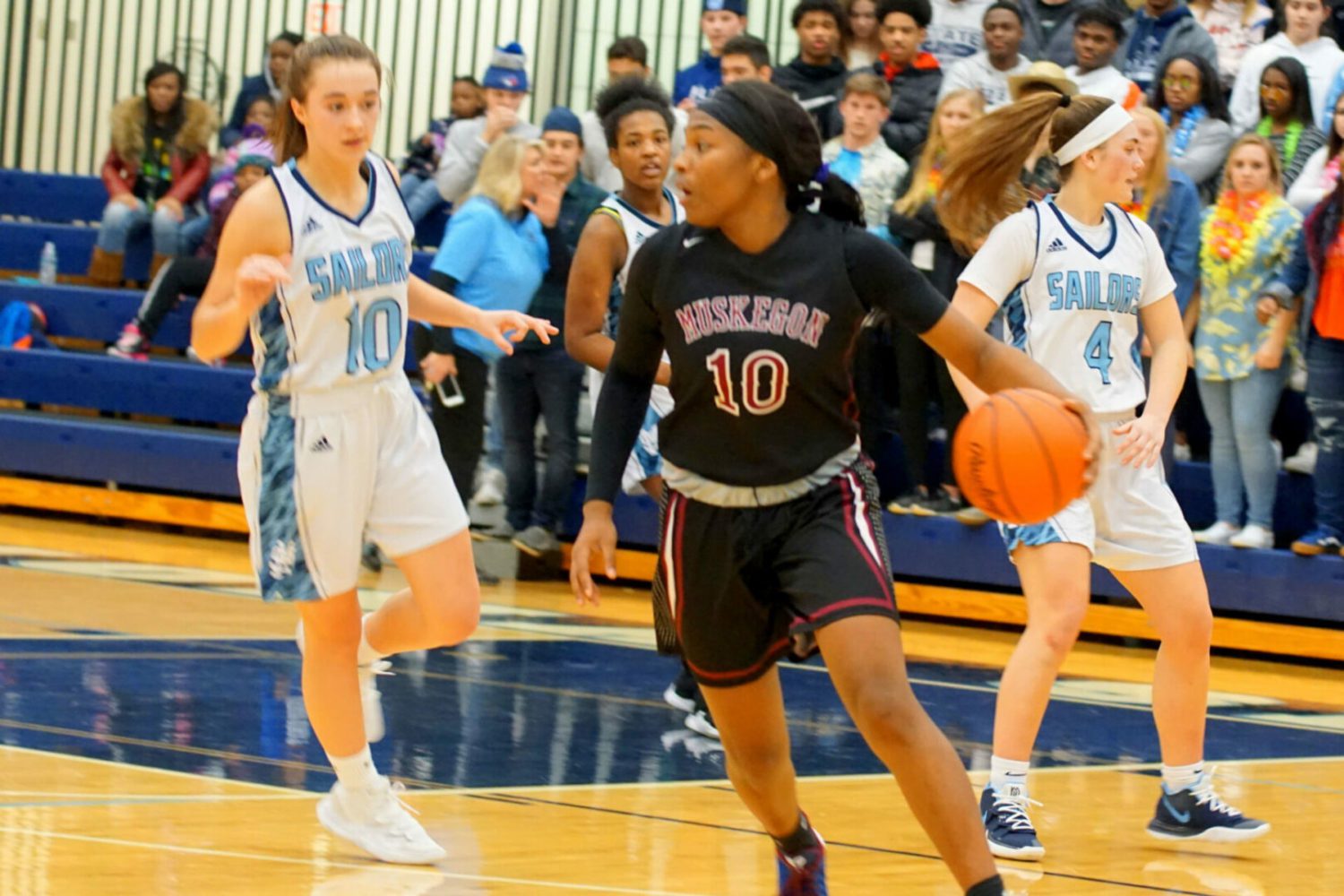 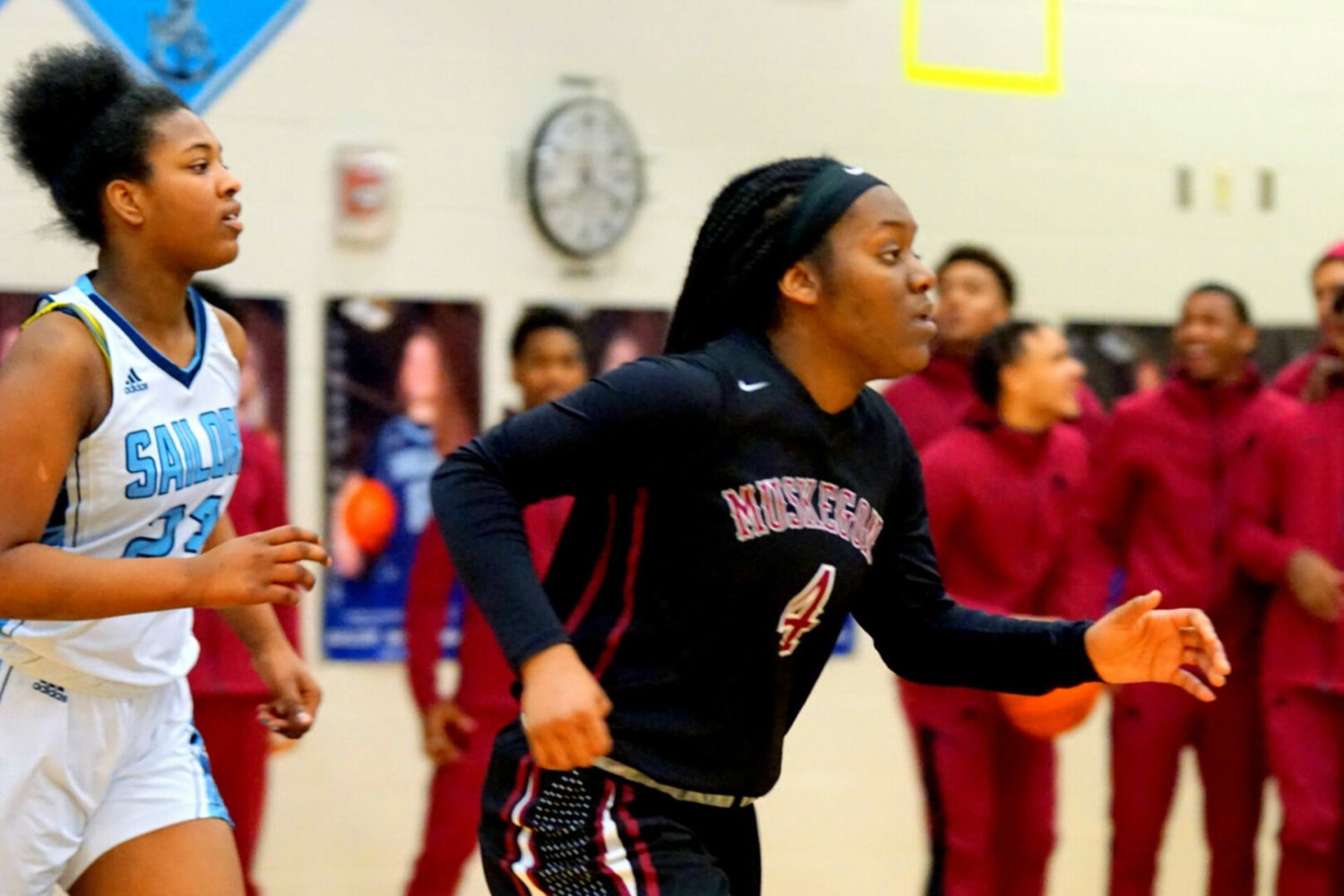 Tylea Russell gets back on defense for Muskegon. Photo/Leo Valdez 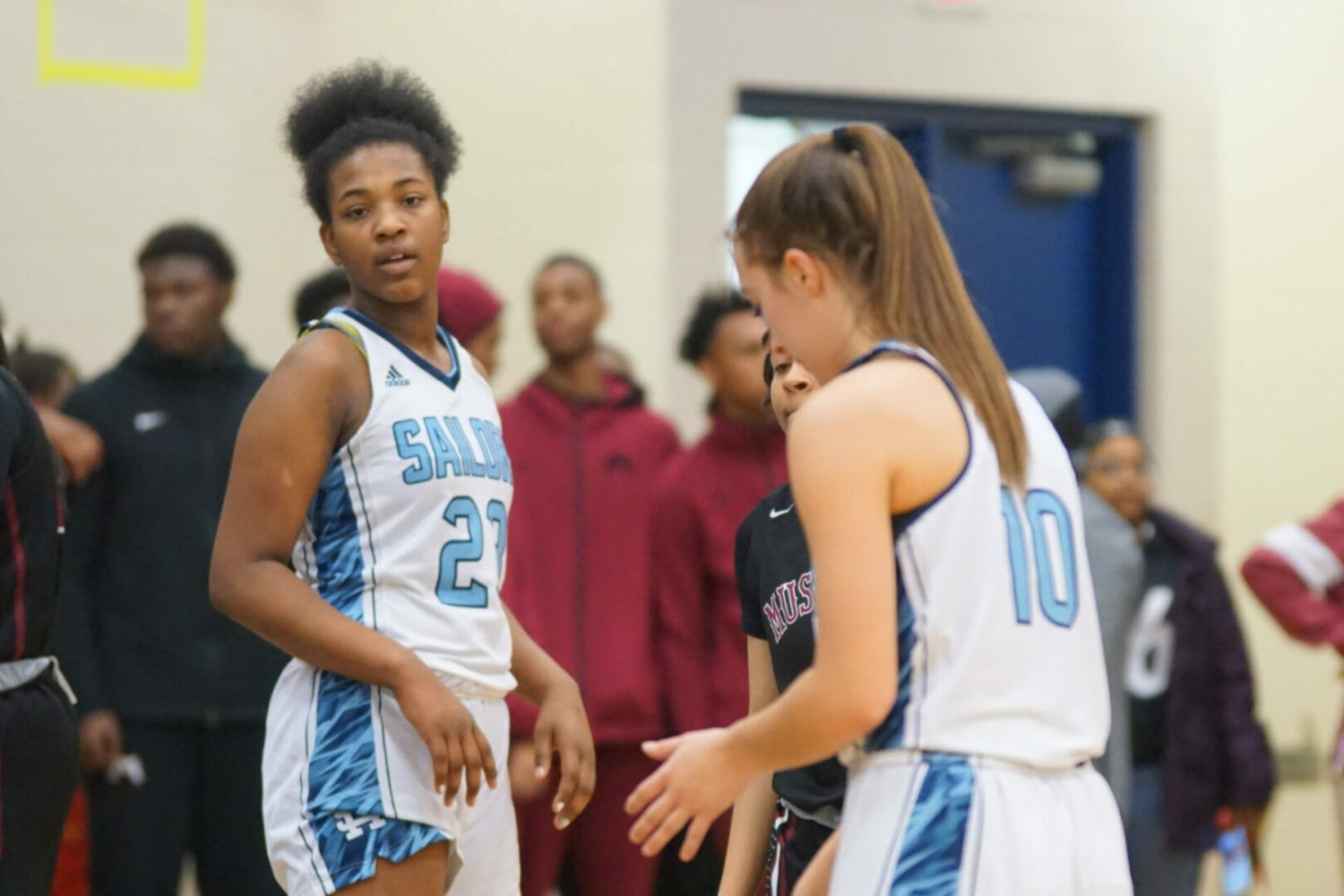 Brooklyn McLemore stands on the lane as teammate No. 10 Olivia Sobczak gets ready to shoot a free throw. Photo/Leo Valdez