MUSKEGON – As the wins keep piling up, the Muskegon Lumberjacks’ confidence keeps growing, and that’s allowing them to steal victories in very close games. 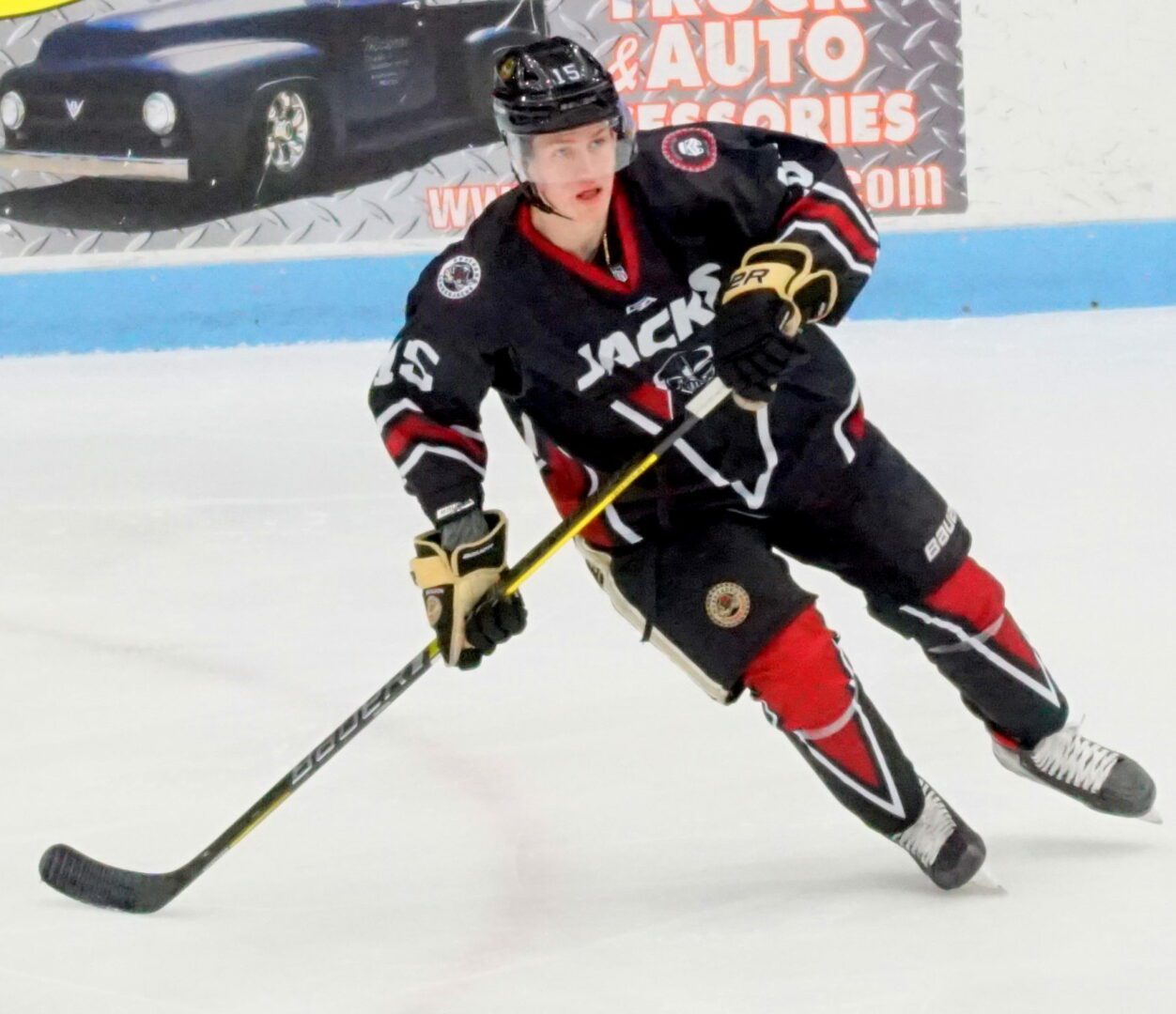 Jack Williams cuts across the ice for Muskegon. Photo/Leo Valdez

It happened again on Saturday, when the Jacks ended the second period tied 1-1 with the Cedar Rapids Roughriders, then popped in two quick goals early in the third and hung on for a 3-2 win in front of 2,821 fans at Mercy Health Arena.

The victory was the Lumberjacks’ fourth in a row and gave them a sweep of the two-game weekend series. They beat the Roughriders on Friday night in a game that went to an overtime shootout.

The Jacks are now above the .500 mark for the first time since Nov. 22, with a 16-15-3 record. They remain in fourth place alone in the USHL’s Eastern Conference.

Even though the game was neck-and-neck for the first 40 minutes, the Jacks kept creating scoring opportunities, and played like they expected to win.

“Confidence is everything in life, and in hockey as well,” said Lumberjacks Coach Mike Hamilton. “Hopefully the guys will keep working hard.”

Goalie Jonathan Williams continued his hot streak, stopping 36 of 38 shots for his fifth straight victory in net. He has allowed only seven goals over 12 periods (240 minutes) in the Jacks’ last four games. 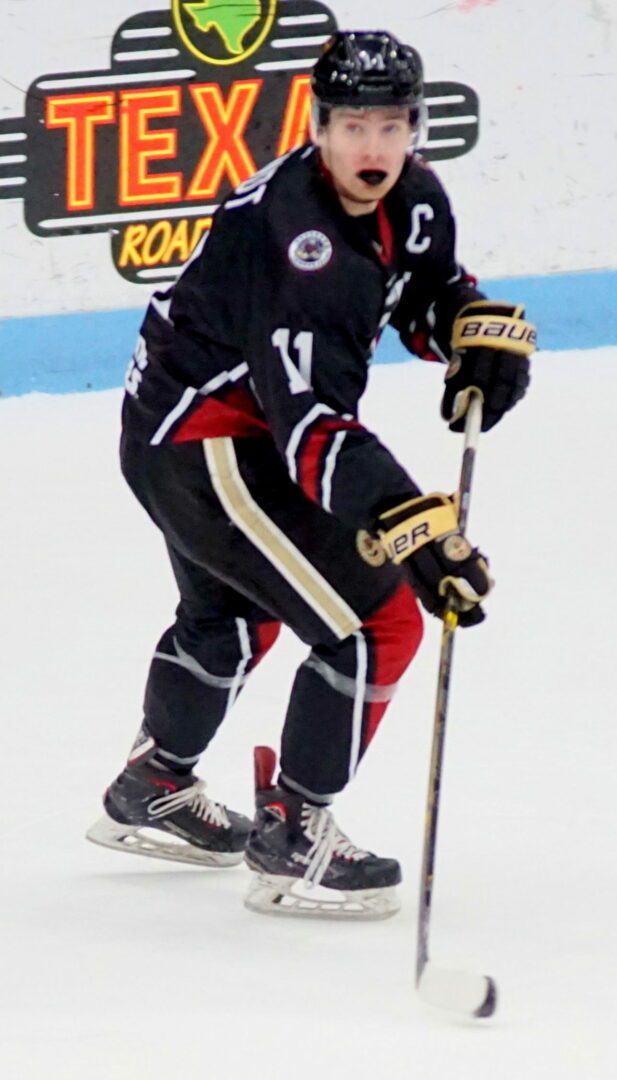 The victory provided even more evidence that the Lumberjacks are currently better than the lower tier of the eight-team Eastern Conference. They have now played 10 straight games against the bottom four teams in the standings, including four against seventh-place Cedar Rapids, and posted a 7-2-1 record along the way.

There are more difficult challenges coming up on the schedule, beginning next Friday when they visit the Waterloo Black Hawks, the first-place team in the Western Conference.

Hamilton thinks they are ready.

“The guys believe in themselves, and now we will start to see the tough version of the schedule, starting with the top team in the west in Waterloo,” the coach said. “It will be a challenge for us, no doubt about it, and we will see what we have built out of this.”

The Jacks dominated play in the first period, outshooting the Roughriders 15-4. They had the first seven shots of the game and looked like they might have a dominating performance.

But the Roughriders scored on their first shot of the game when Nikolai Mayorov blasted the puck past Williams from close range at 6:05 of the first period, giving the visitors a 1-0 lead.

Muskegon tied things up at 14:57 of the first period when Alex Gaffney grabbed a rebound and popped it into the Cedar Rapids goal.

The Jacks gained their final advantage with two quick goals early in the third period.

The first came with a crowd in front of the Cedar Rapids net. Roughriders goalie Derek Mullahy stopped a shot and kicked out an awkward rebound, and Muskegon’s Christophe Fillion managed to trickle it past him at the 2:20 mark.

Cameron Berg added a goal for the Jacks at 3:07 with a wrist shot from the left circle.

Cedar Rapids’ Jack Millar scored with 1:19 left in the game, but the visitors could get no closer.

The Lumberjacks outshot the Roughriders 38-24.