MUSKEGON – The Muskegon Lumberjacks are a talented but young team this year, and young teams tend to be inconsistent.

Can fans count on the Lumberjacks taking a step toward consistency as the season enters the second half?

There’s no way to tell, of course, but one hint may have come last week, when Muskegon suffered a disappointing 3-1 loss in Green Bay on Thursday, after winning three of their previous four games.

But they rebounded with a 2-1 come-from-behind overtime win in Madison on Friday, then completed the sweep over the Capitols with a 7-2 victory on Saturday.

Suddenly a loss did not lead to two or three losses. The Jacks shook off their quiet performance on Thursday and quickly got back to their winning ways.

“I sure hope so,” said Lumberjacks Coach Mike Hamilton, when asked if more consistent winning is on the way. “I think you have to learn from every loss, and our guys continually do that.

“Green Bay was one of those games. I felt it the next day  Everyone was disappointed with themselves. I felt good going into Madison, because I think we’ve developed that ‘hate to lose’ attitude. That was something that was lacking earlier in the season.”

The team’s positive trend has made a real difference in the standings. Before the holiday break, the Lumberjacks with 9-13-2 and in sixth place in the seven-team USHL Eastern Conference. Now they are 14-15-3 and tied with Youngstown for fourth place with 31 points.

They will try to stay hot in a pair of home games against Cedar Rapids on Friday and Saturday, with both games slated for 7:15 p.m. at Mercy Health Arena in Muskegon.

The Jacks have not had a home game since New Year’s Eve. They have been on the road for the past five games, when they posted an impressive 3-1-1 record.

Part of the Lumberjacks’ resurgence can be traced to the fact that their lineup has been largely intact again. They had to play several weeks before the holiday break without the services of high-scoring forwards Rhett Pitlick and Danil Gushchin, who were competing in an international tournament in Canada. 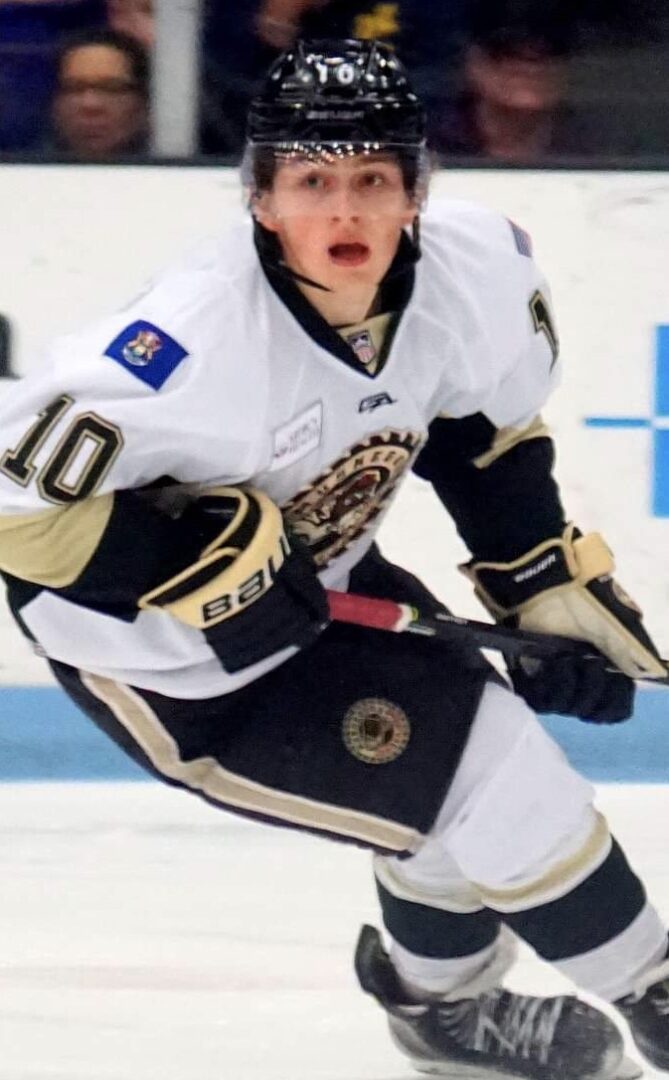 Both have been very productive since their return, with Pitlick producing four goals and Gushchin adding three. And they haven’t been alone.

Several other Lumberjack forwards have also been picking up their scoring pace, including AJ Hodges and Cam Berg (four goals apiece since the holiday break) and Christophe Fillion and Alex Gaffney (three goals apiece).

Gaffney, a second-year Lumberjack, turned in a three-goal hat trick in an 8-4 win in Cedar Rapids on Jan. 4. Berg scored twice in the same game. Fillion had two goals in Muskegon’s New Year’s Eve victory over Youngstown, Tanner Edwards had two in a Dec. 28 win over Madison, and Gushchin had two in Saturday’s win in Madison.

Hamilton says the surging offense has a lot do with an improving defense.

“Everyone always wants to talk about who’s putting up the points, but it really is the growth of the defensemen,” the coach said. “They are starting to clear the zone and make some sharp passes, so we’re not getting stuck in our own zone for three minutes at a time.”

The Lumberjacks’ goaltending situation quietly shifted over the past few weeks, and now they are again down to just two netminders on the active roster. 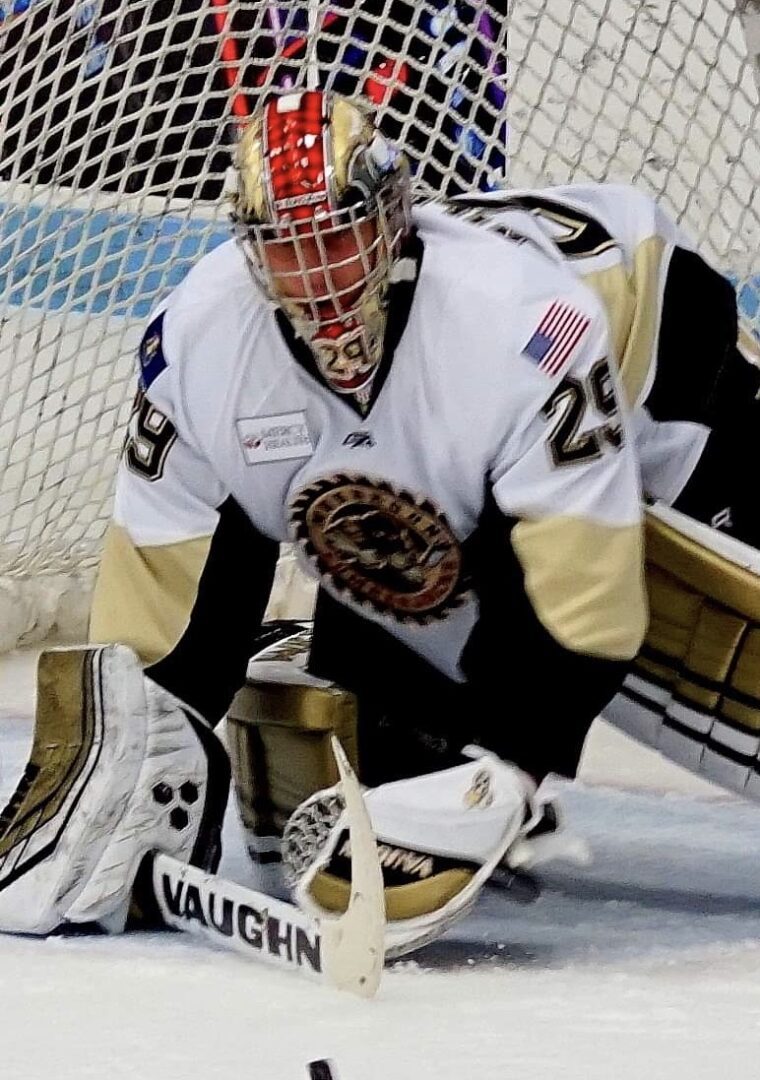 The Jacks recently sold the rights to Noah Giesbrecht to a team in a lower Canadian junior development league, according to Hamilton. Giesbrecht, who was getting the majority of the starts during the first part of the season, posted a  5-8-1 record with a 3.65 goals against average in 15 games.

Geisbrecht was a victim of circumstances. The first issue is that he’s a Canadian citizen, and USHL teams are only allowed to carry up to five non-Americans on their roster. Further complicating matters is that one goalie counts as two non-Americans, while skaters only take up one spot.

By parting with Giesbrecht, the Lumberjacks created an extra space for a non-American on their roster, if they want to pick one up later in the season.

Giesbrecht became more expendable when the Lumberjacks recently acquired Eric Green on loan from the University of Massachusetts-Lowell. Green had been sitting on the bench, and his college hockey coaches wanted him to get some playing time before returning to school next fall.

In the meantime, the Lumberjacks have been happy with the play of Jack Williams, who served alongside Giesbrecht for the first part of the season. He started the last two games, the 2-1 and 7-2 victories in Madison last weekend, and will likely get the start against Cedar Rapids in Friday, according to Hamilton.

“We’re trying to go with whoever has the hot hand,” Hamilton said, when asked who the designated number one goalie will be. “I don’t think it will be necessarily one guy.”