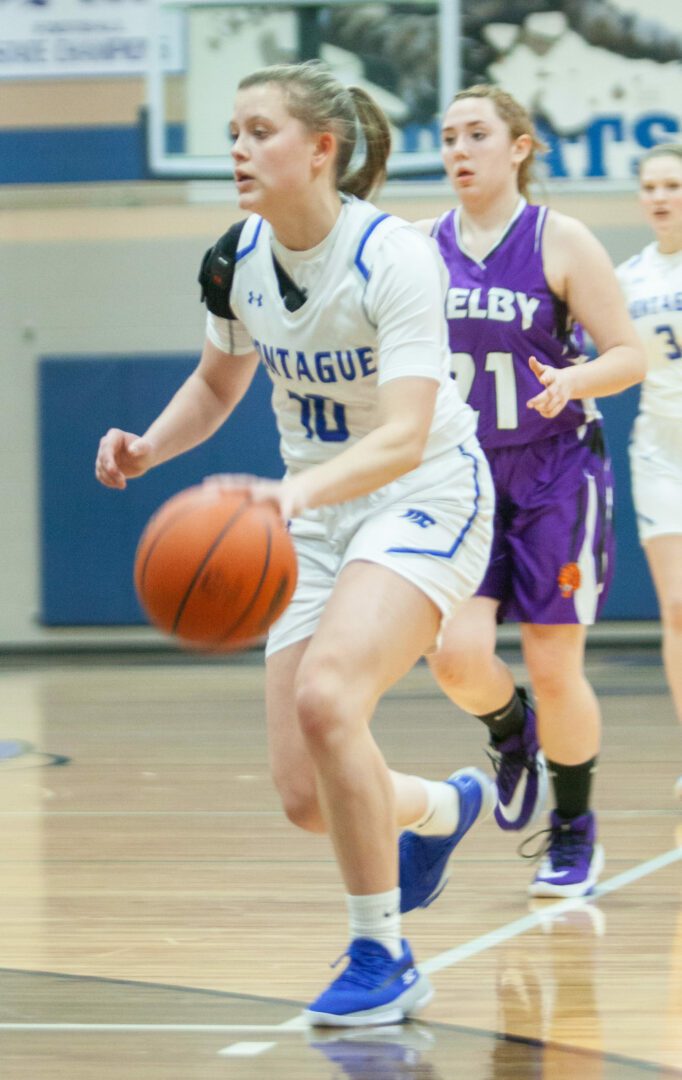 The host Wildcats went on a 10-2 run to finish the first quarter, then held off Shelby the rest of the way in a 54-47 home-court win in a battle for a slice of first place in the league standings.

Montague, now 8-1 overall, improved to 6-0 in the conference. The Wildcats are now tied for first with Hart, the team they will play on Friday.

The Tigers are 7-3 overall and 5-1 in the league, one game behind Montague and Hart.

Shelby roared out to a quick start, building a 12-4 first quarter lead behind Lexi Schultz’ seven points.  But the Wildcats answered with an 8-0 run to pull even at 12-12, and the teams were deadlocked 14-14 at halftime.

“We haven’t started off games well all year,” said Montague coach Cody Kater. “But we settled down after a time out. We didn’t make any adjustments, we just calmed down and went out and went about our business.”

A steal and a layup by Andie Zamojcin to start the second quarter gave the Wildcats their first lead of the game, 16-14.

The teams traded buckets before Montague’s Janae Koetje caught a wayward half-court shot under the basket and was able to lay it in at the buzzer, giving the Wildcats a 27-24 edge at the break.

Montague could have had a bigger lead at halftime, but connected on only 6 of 14 of its free throw attempts.

“They started to hit some shots and we started to get into foul trouble,” said Shelby Coach Sarah Wolting . “That was the biggest difference in that first half, and it turned the tables.” 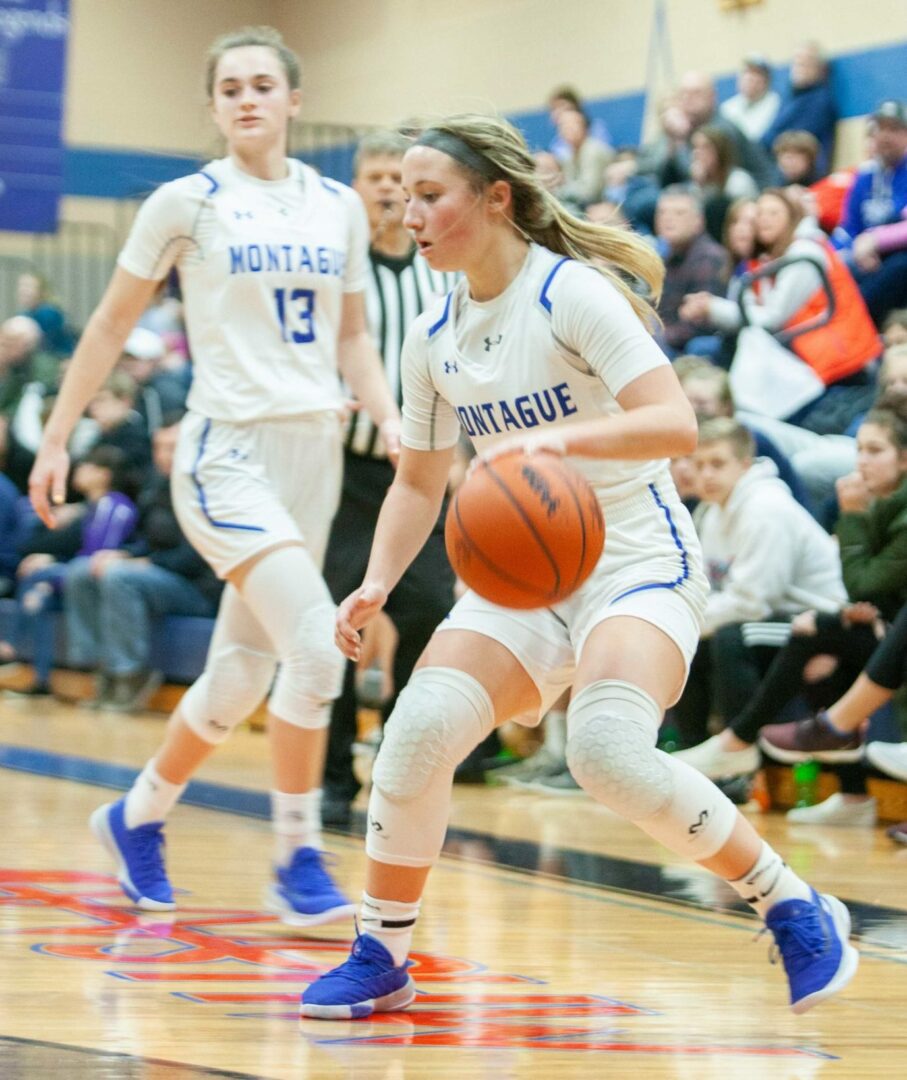 Emma Flynn dribbles on the perimeter for Montague. Photo/Jason Goorman

The two teams combined for only seven field goals in the third quarter, but Montague had a 4-0 advantage at the free throw line and took a 38-32 lead into the fourth.

Shelby’s Lauren Dean hit a 3-pointer to start the period, cutting the deficit to 38-35. But the Wildcats responded with back-to-back classic 3-point plays by Allison Hall and Zamojcin, to take their lead back to nine, 44-35.

Kendall Zoulek scored 10 of her 15 points in the fourth quarter to keep Shelby within striking distance, but the Tigers never got closer than five.

“This wasn’t the best we’ve played yet,” Kater said. “But our defense was active, our bench did a great job, and our game plan was to limit them to one shot, and our post players did that.” 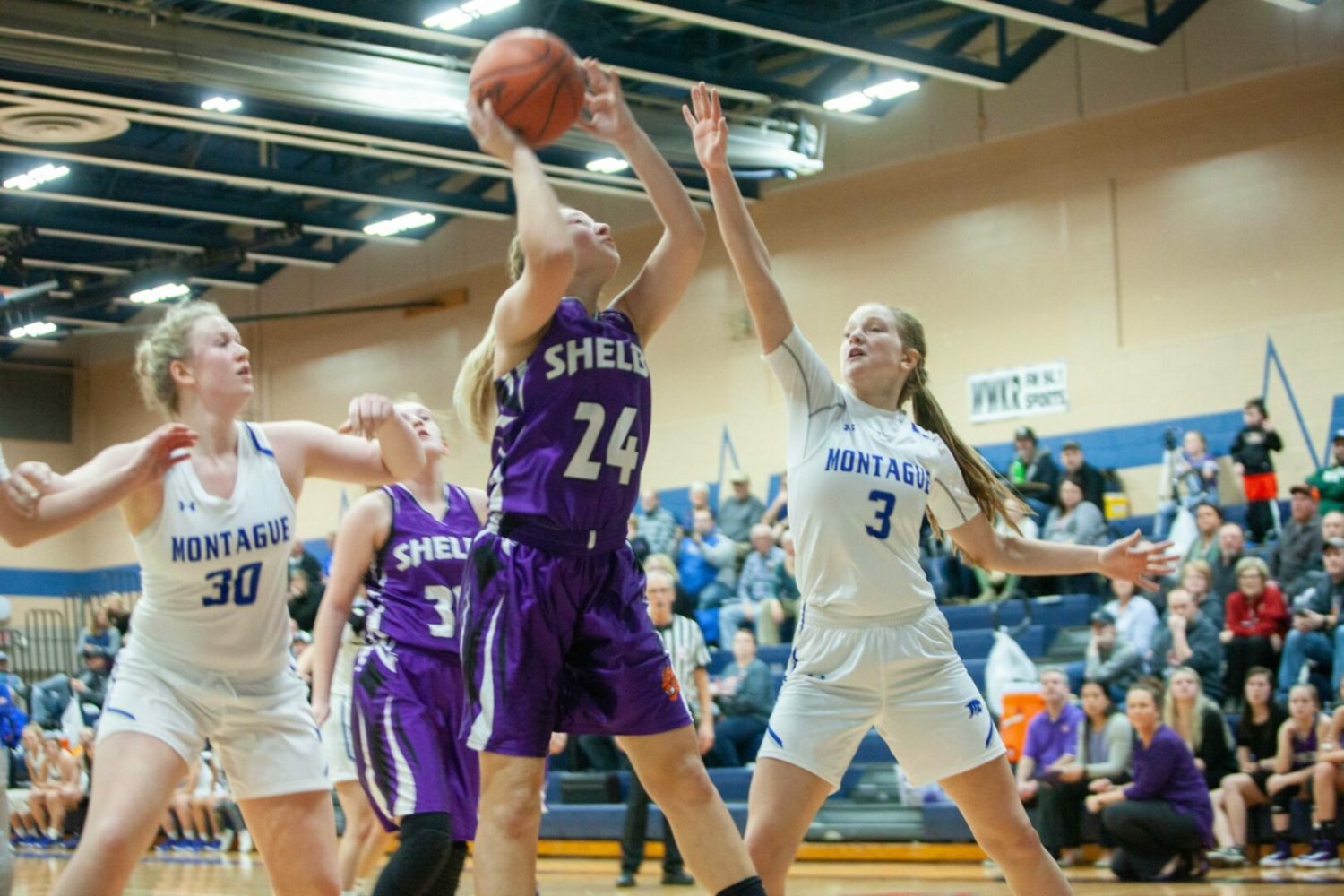 Shelby’s Kendall Zoulek goes up for a layup in front of No. 3 Andie Zamojcin and No. 30 Janae Koetje. Photo/Jason Goorman 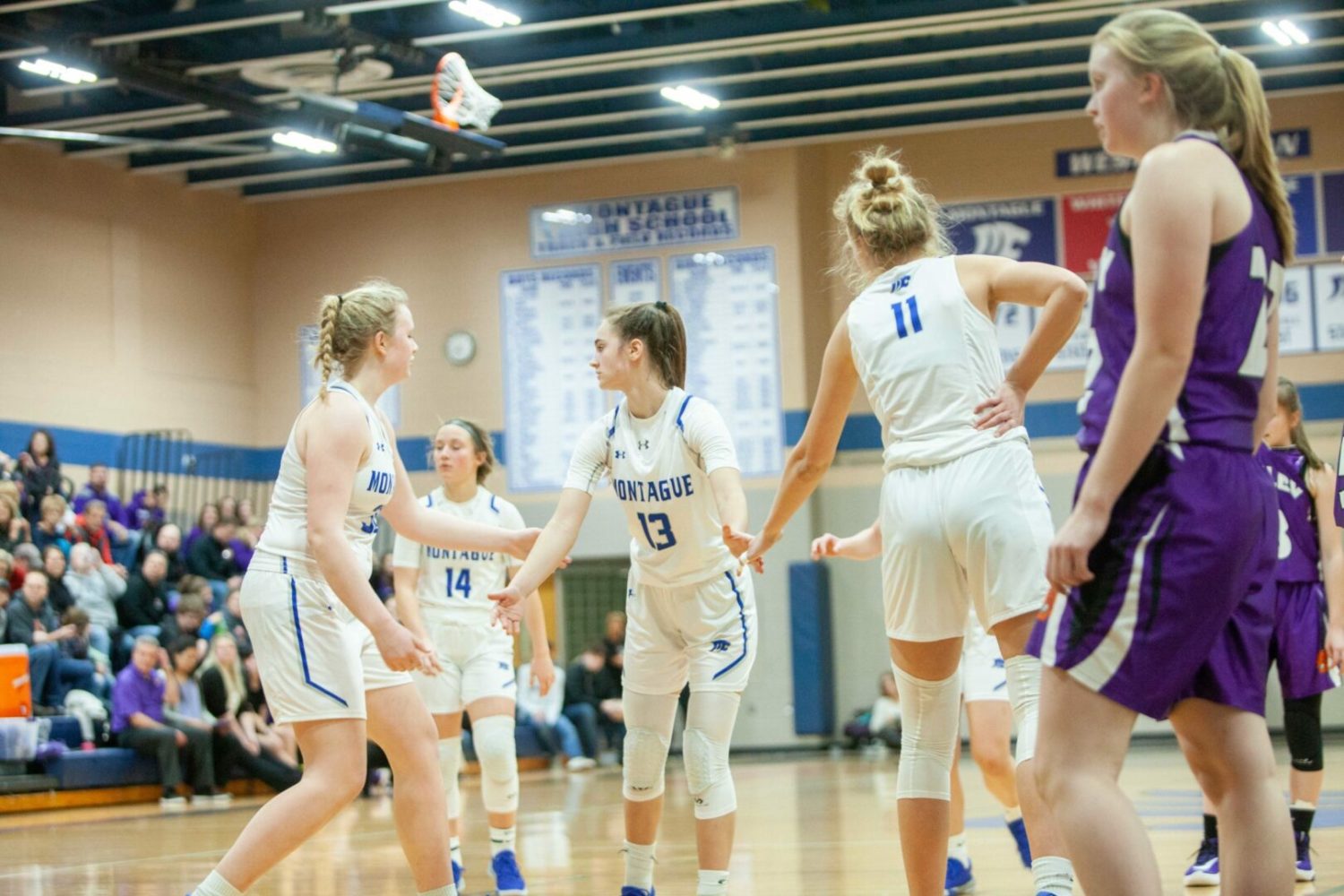 Montague’s No. 13 Braquelle Osborne looks to the sideline after sinking the free throw. Photo/Jason Goorman 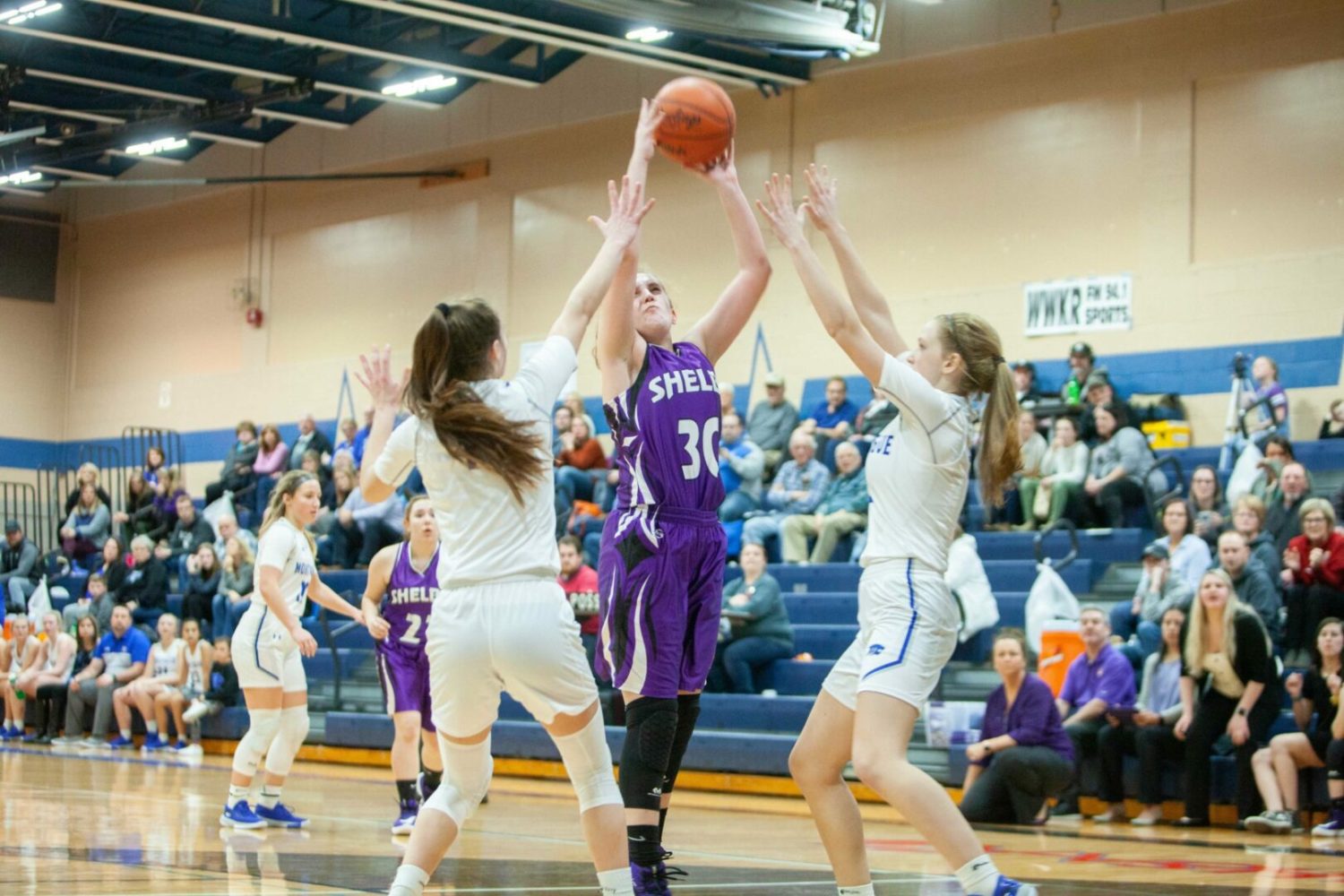 Shelby’s No. 30 Courtney Brown goes up for the shot in the lane. Photo/Jason Goorman 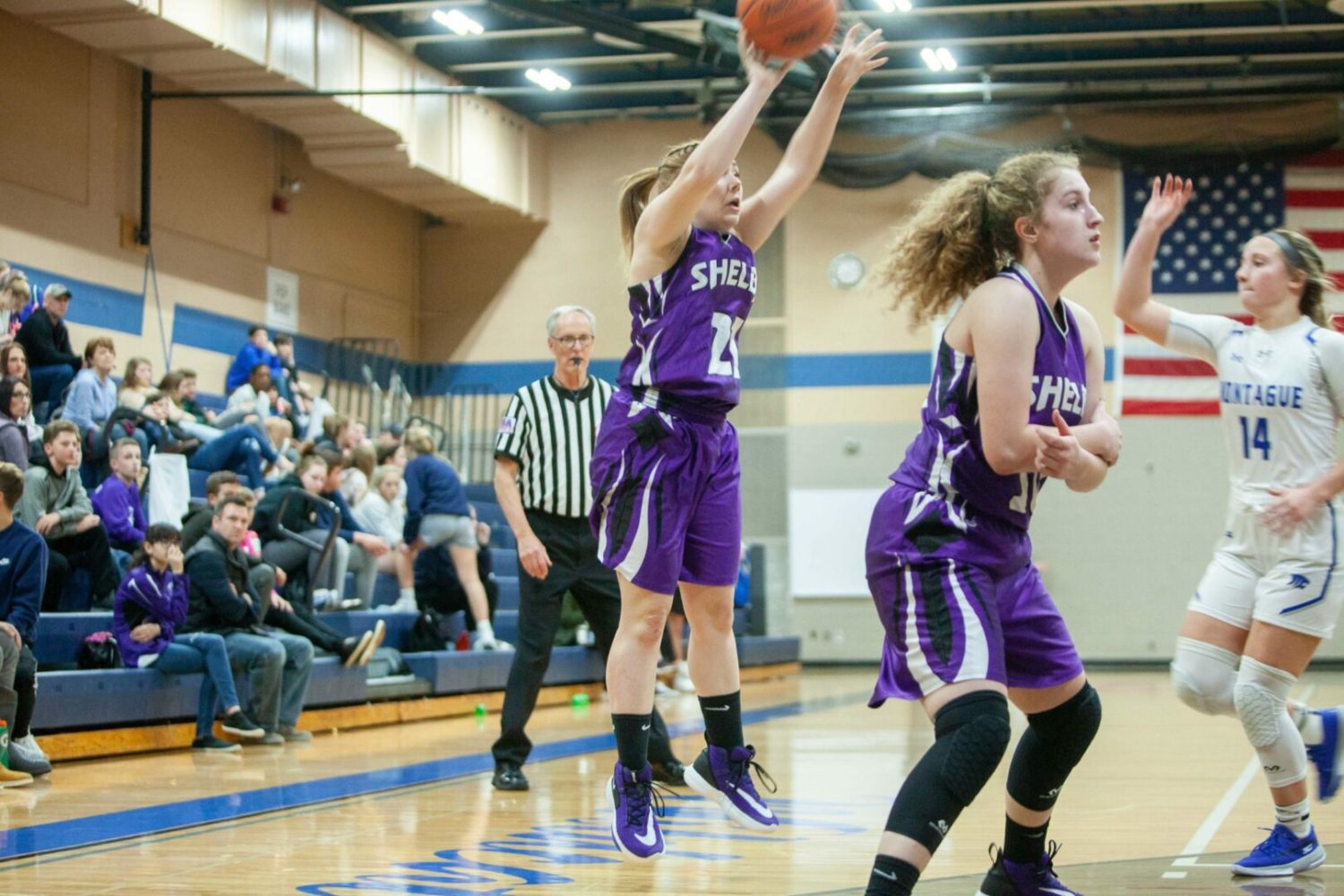 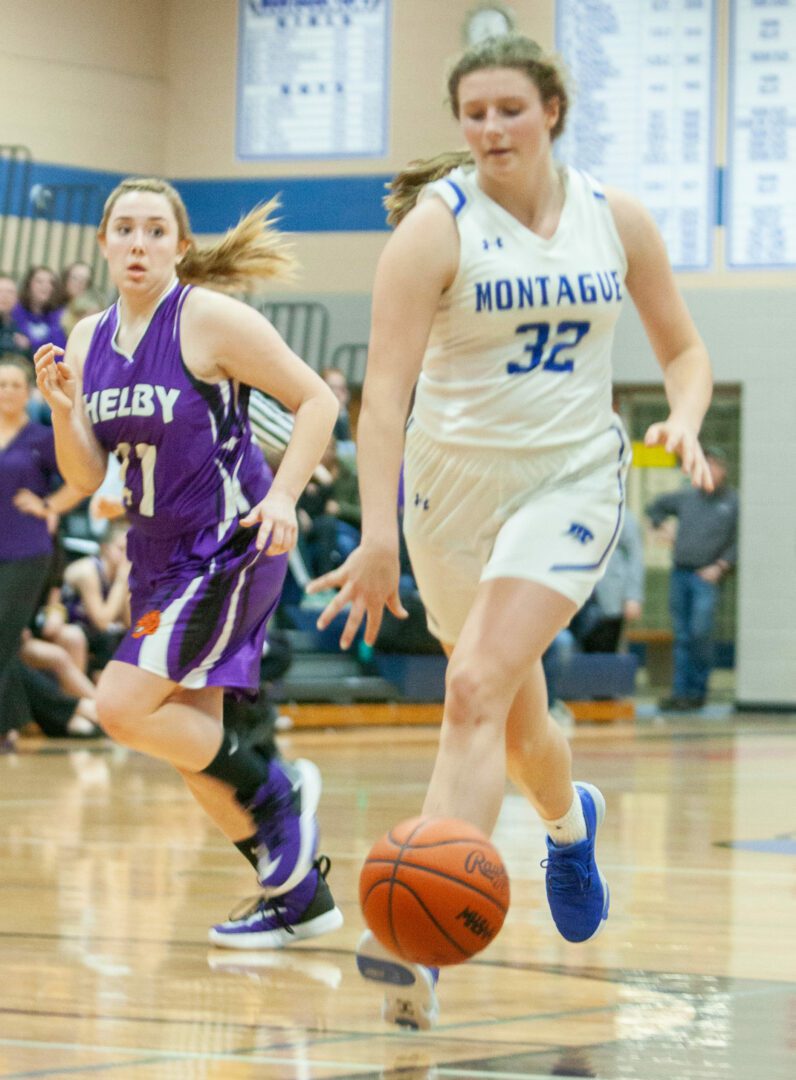 Claire Meacham pushes the ball up the floor for Montague. Photo/Jason Goorman 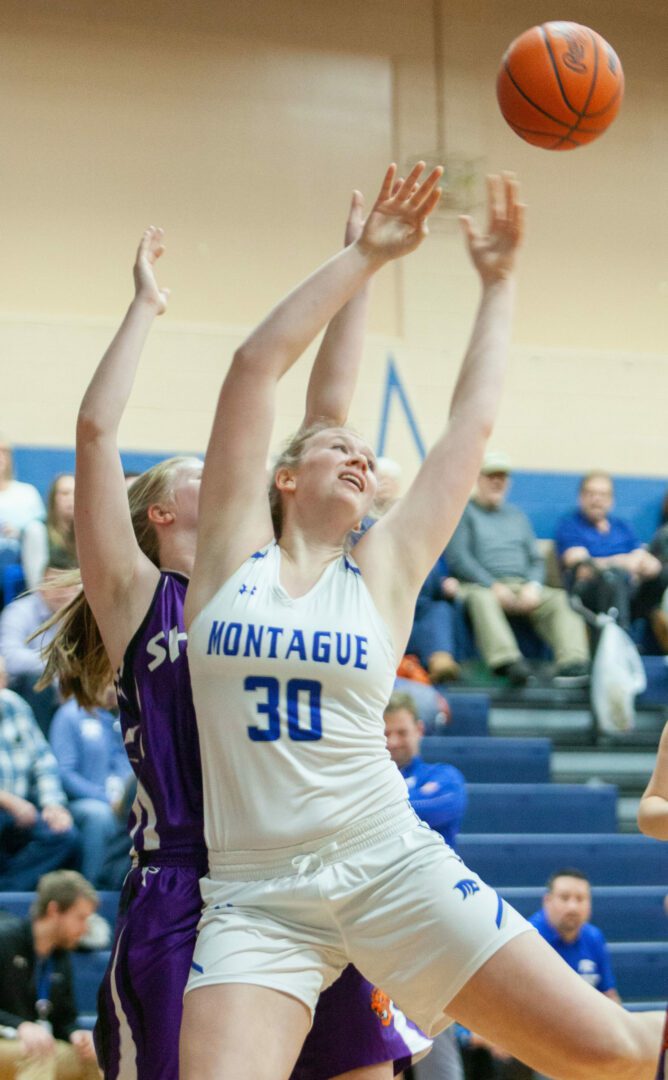 Janae Koetje fights for the rebound for Montague. Photo/Jason Goorman 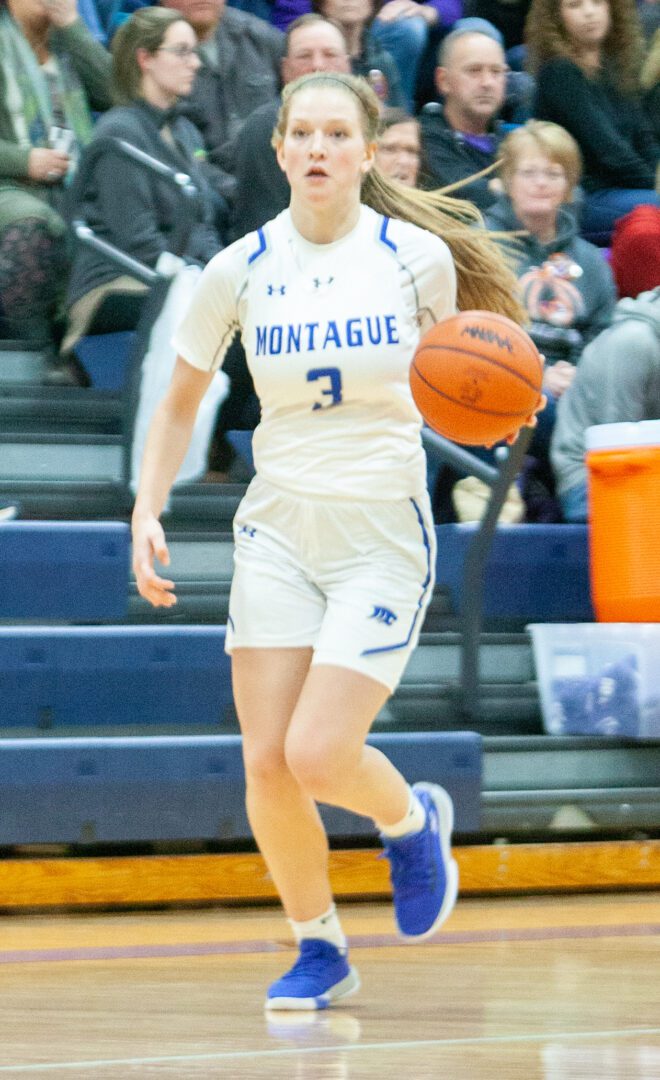