Montague girls show their holiday rust against Allendale, lose their first game of the season

MONTAGUE – The long holiday layoff helped knock the Montague girls basketball team from the ranks of the undefeated Tuesday. 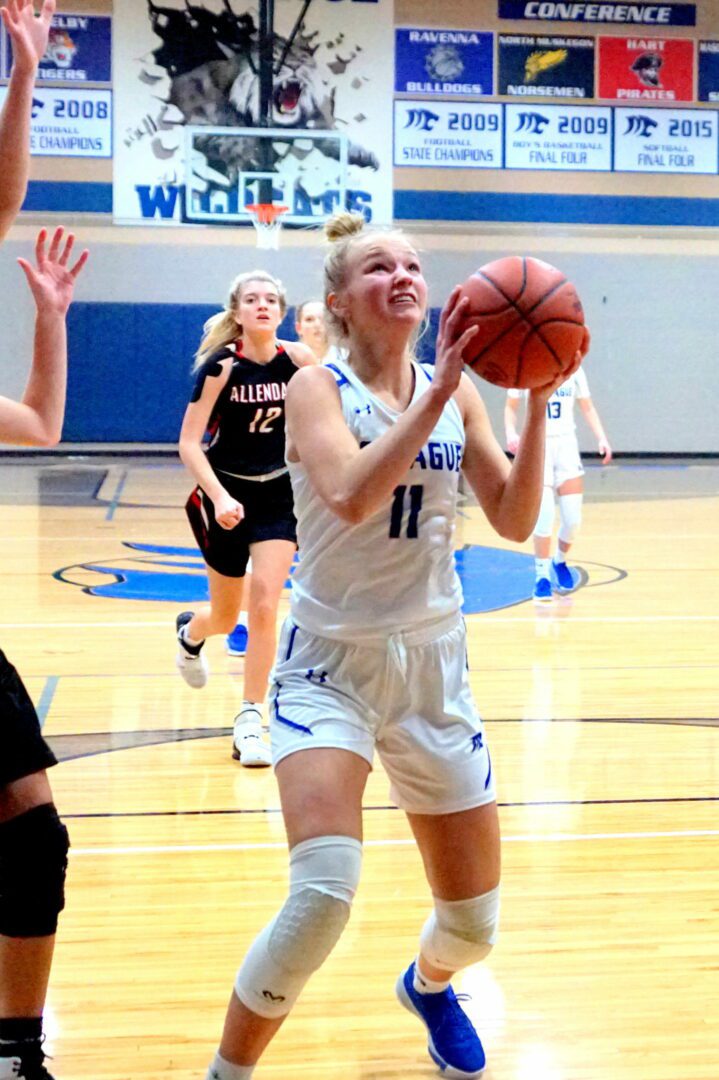 Allison Hall looks to go up for a shot in the lane for Montague. Photo/Leo Valdez

The Wildcats’ three-week hibernation seemed to continue through the first half, and they ended up falling a 50-36 to Allendale in a non-conference game, their first loss of the season.

Montague is now 6-1 on the season, but remains unbeaten the West Michigan Conference with a 4-0 record.

“That’s what happens after a break,” said Montague coach Cody Kater. “Some teams come right out hot, and some don’t. We had a three-week layoff and it showed.”

The Wildcats committed turnovers on their first three possessions to start the game, and didn’t score until almost the halfway point in the first quarter. Despite that, they held a 10-8 lead at the first break.

Allendale struggled early as well, but after only scoring two points in the first five minutes of the second quarter, the Falcons scored 15 in the final three minutes, all on 3-pointers.

Erin Kruithoff hit back-to-back triples to give the Falcons a 16-12 lead, then hit another at the buzzer to give Allendale a 25-17 edge at halftime. 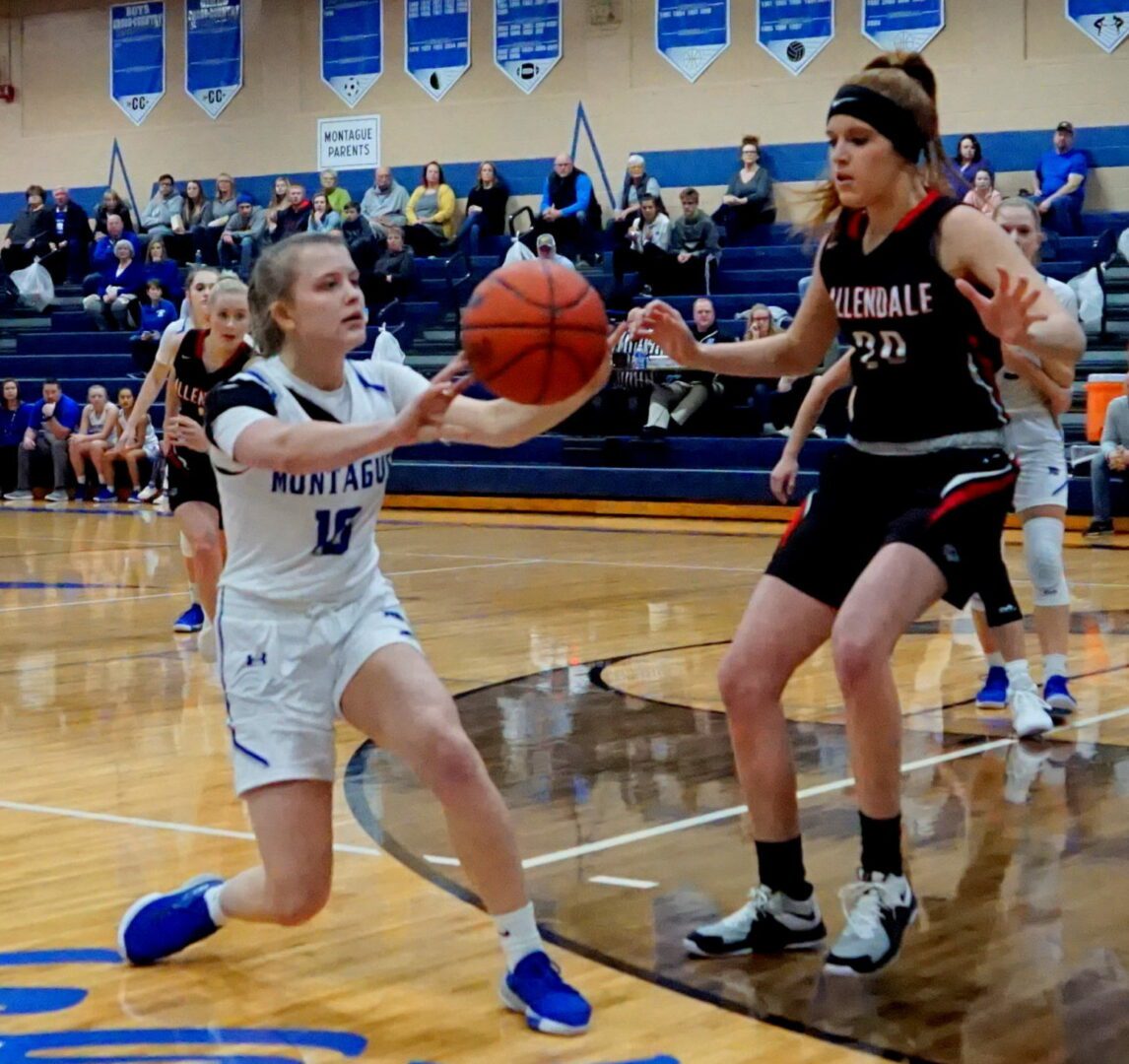 Montague’s No. 10 Katarina Moreau makes a pass to the corner. Photo/Leo Valdez

“They shot the lights out (in the second quarter),” Kater added. “We knew they were capable of doing that. Defensively they held us to one shot, and we just did not execute well.”

While Montague guarded the 3-point line better in the third quarter, the extended defense allowed Allendale to attack the paint and outscore the Wildcats 16-6, to take a 41-23 lead after three.

The Wildcats finished the game with a 13-9 scoring advantage in the fourth quarter, but it was too little, too late. 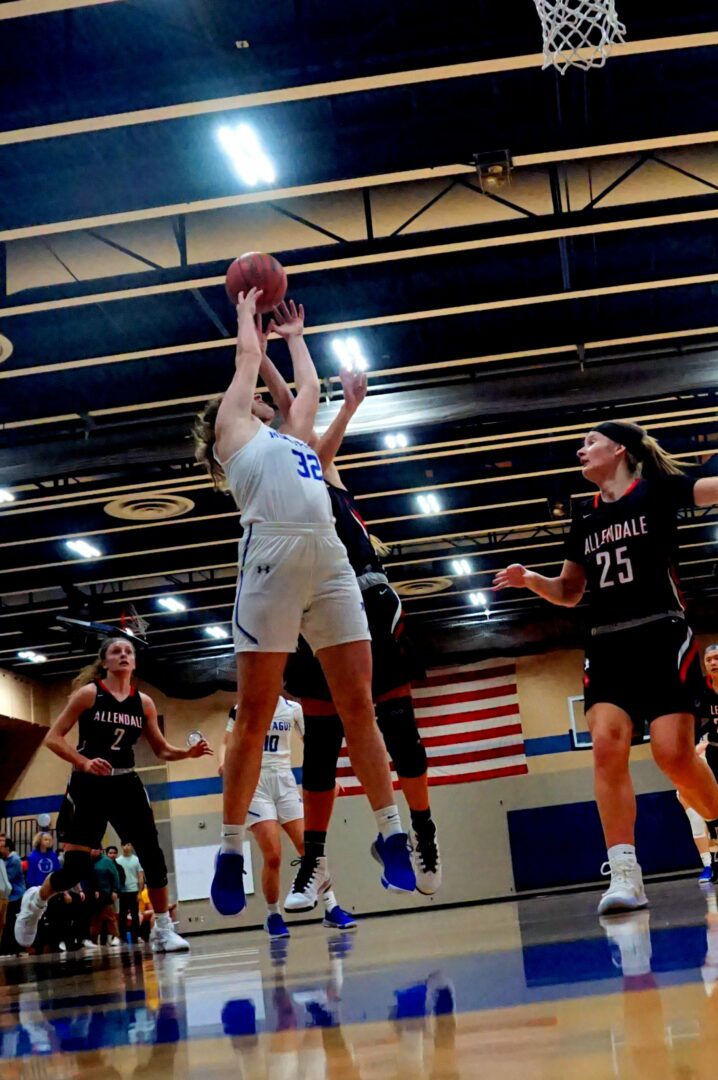 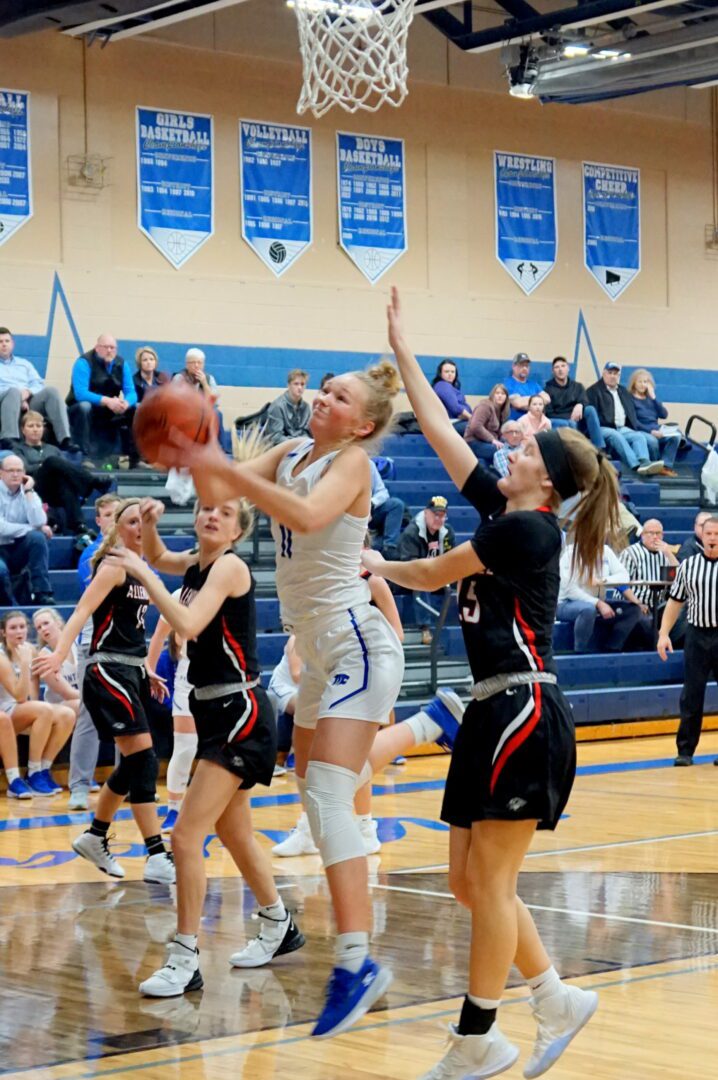 Allison Hall goes up for a Montague shot. Photo/Leo Valdez

Montague’s No. 10 Katarina Moreau makes a pass to the corner. Photo/Leo Valdez