MUSKEGON TOWNSHIP – Rodney Walker had a point of emphasis for his Reeths-Puffer girls basketball team on Tuesday night: Create 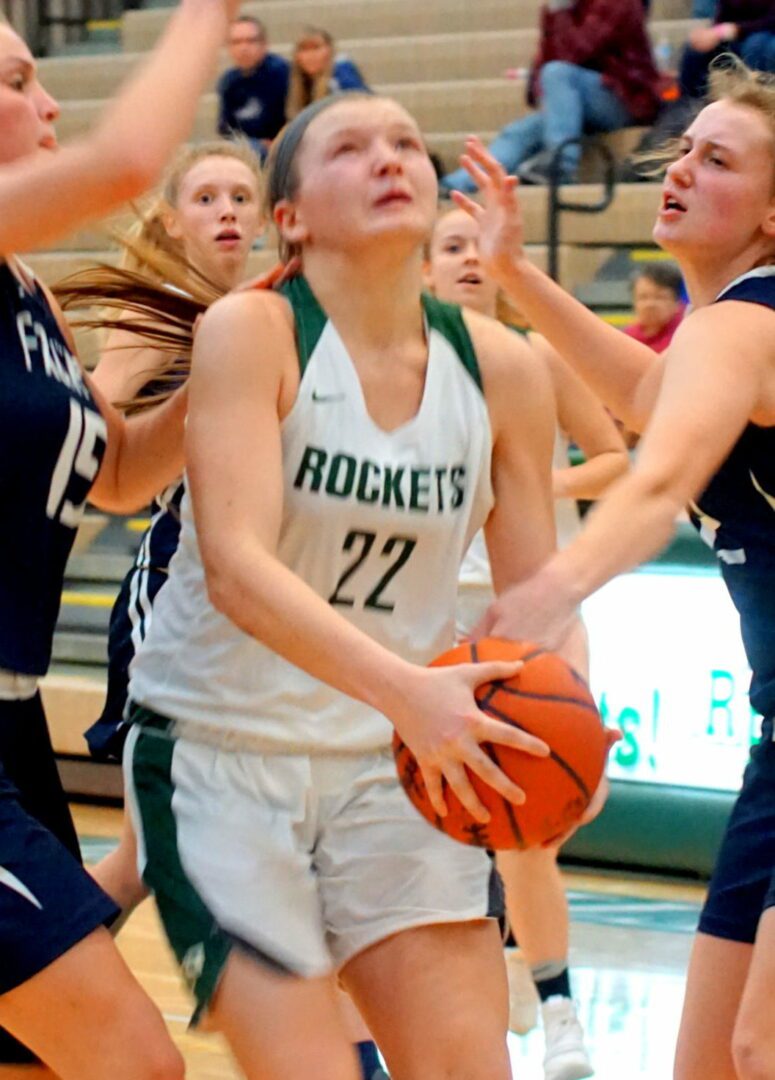 It’s a message he repeated throughout the game, and it paid off big.

The host Rockets sprinted out to a 22-0 lead and cruised to a 76-31 O-K Black Conference win over Fruitport.

Reeths-Puffer evened its conference record at 2-2 and improved to 9-2 overall. The Trojans fell to 1-2 in the conference and 5-4 overall.

“One of the things we really have been working on is our defense, getting better weak-side help,” said Walker, whose team played with passion after losing a conference showdown against Muskegon on Friday. “And creating tempo off our defense. I talked about it before the game and at every time out.”

That pressure defense, full court at the start of the game, created a load of turnovers and easy baskets for the Rockets, who raced out to the 22-0 lead before Fruitport finally got on the board with 33 seconds left in the first quarter.

The Trojans scored the first four points of the third quarter, but were once again bogged down by the Rockets defense. 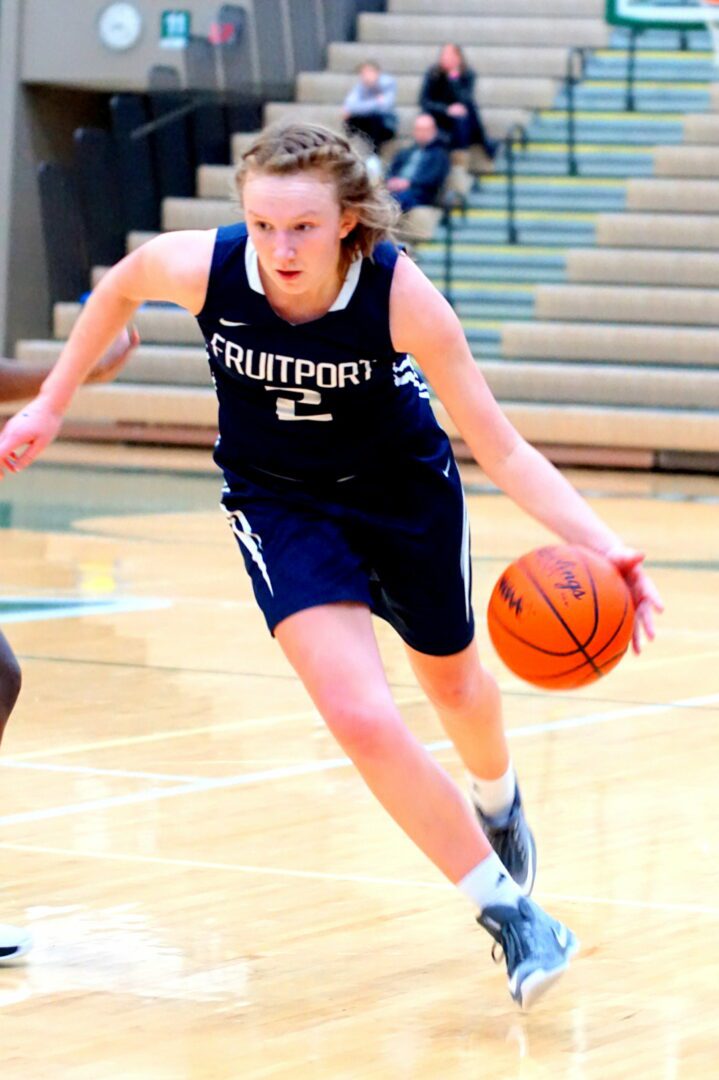 Sydney Bol moves the ball during a play for Fruitport. Photo/Leo Valdez

Reeths-Puffer, which finished the game with 16 steals as a team, went on a 12-0 run and finished the third quarter with a 59-26 lead.

“At the half, I told the girls it was a 0-0 game and we had to maintain our intensity,” Walker said. “I think we still have some work to do on the defensive end, but they did a good job and this was one of our most complete games.”

The Rockets finished off the contest by outscoring Fruitport 17-5 in the fourth quarter.

Ross led all players with 19 points and added five rebounds and five assists.