MUSKEGON TOWNSHIP – The Reeths-Puffer wrestling team has been on the rise in recent seasons, winning just about everything it could win, at least at the local level. 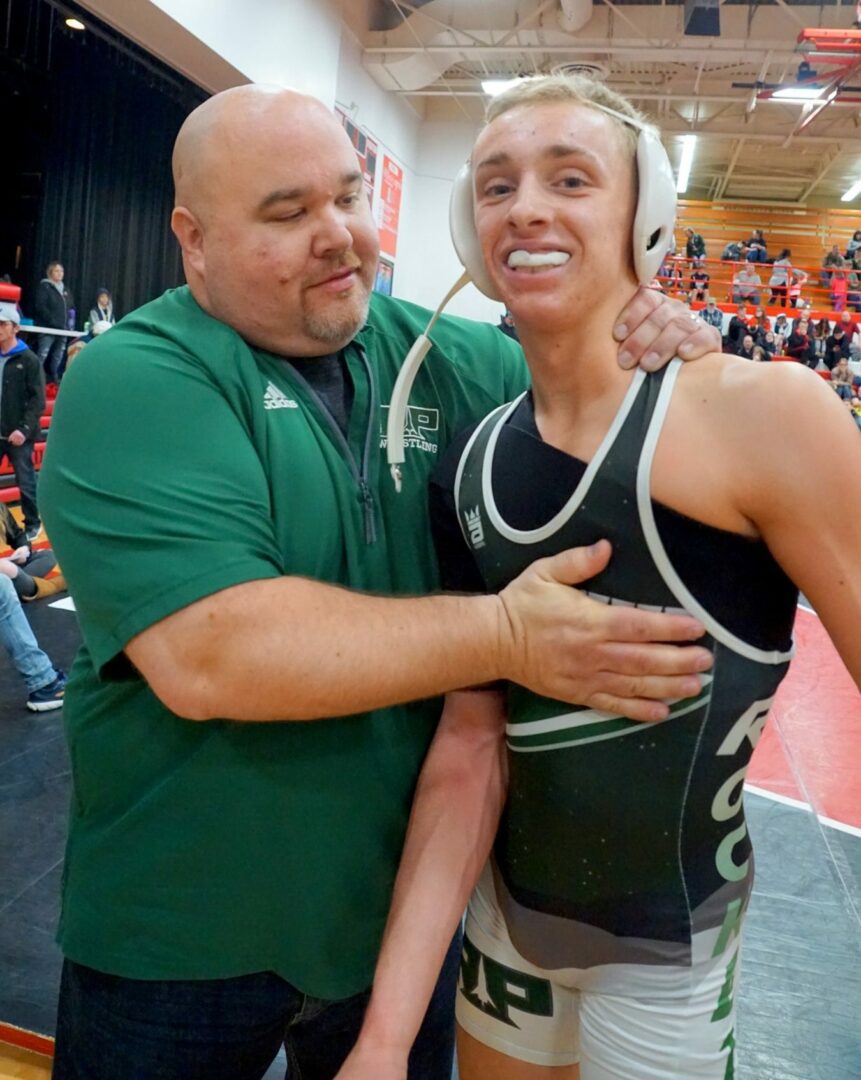 The Rockets have been O-K Black Conference and Division 2 district champions for five straight years.

But they just couldn’t manage to win the other top prize in the area, the Greater Muskegon Athletic Association City Wrestling Tournament, which is kind of the Super Bowl of the local high school wrestling scene.

That’s because Whitehall was always in the way. The Vikings had won 13 consecutive titles in the tournament through 2019, and had taken on an aura of invincibility.

Until Saturday, that is, when Reeths-Puffer finally got it done, easily outdistancing second-place Whitehall 253-217 at Holton High School in a tournament that was dominated by the two top teams.

“We’ve been building this over the years, and we have a heck of a team this year,” said Reeths-Puffer coach Matt Brink, one day after the breakthrough win. “I thought if things went good for us, we would have a shot. Whitehall is a very good team, has been for a lot of years, but the team we have this year is one of best Reeths-Puffer has ever had.”

Brink noted that he has been coaching at R-P for 18 years, including 14 as head coach, and had never won a city tournament championship. He said the wrestlers knew that, and wanted to so something about it. 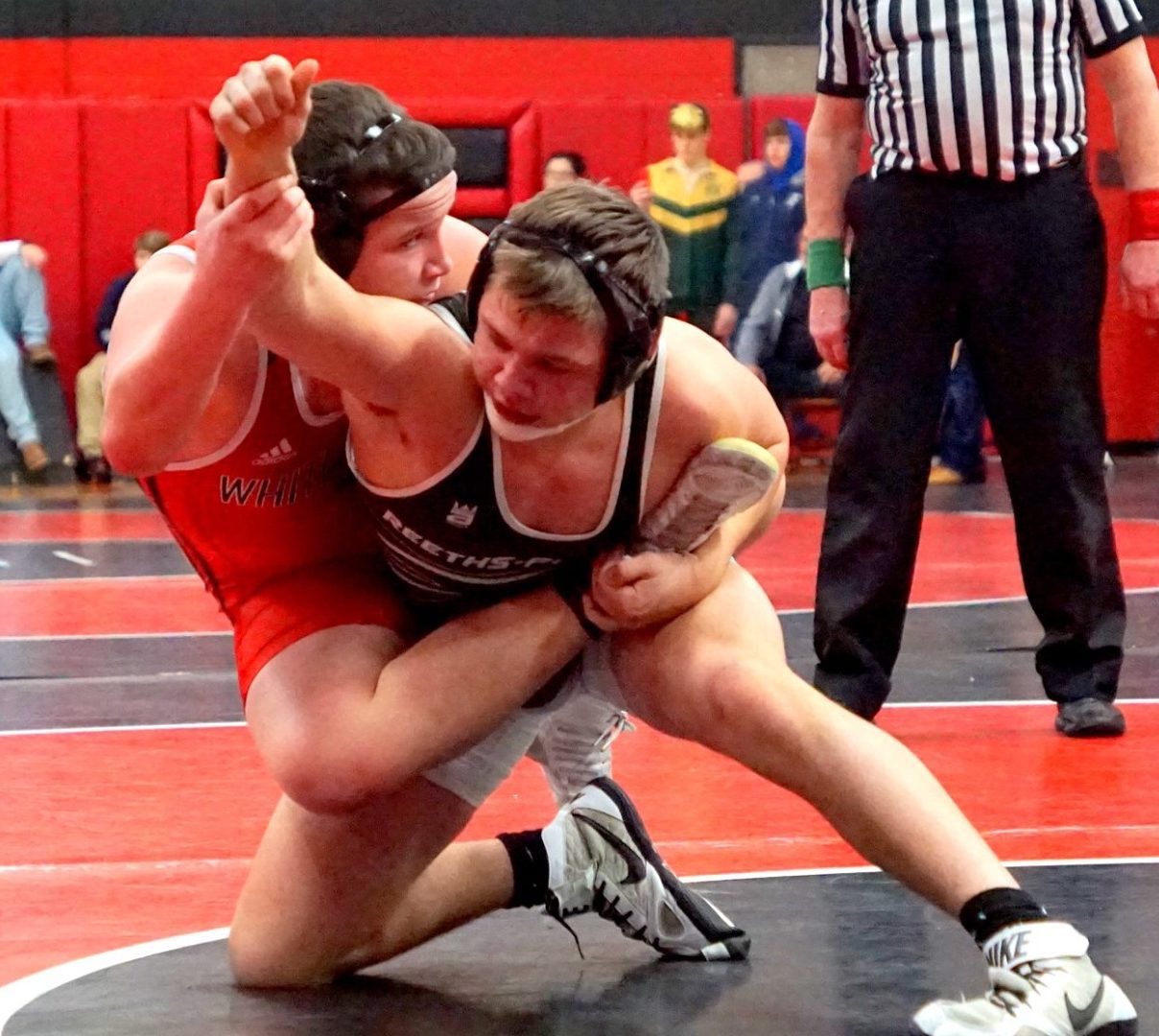 “They wanted to win it for me and for each other,” he said. “It was something we’ve never been able to accomplish. We got into a position where we could finally make it a reality, and it was a big deal for us.”

Reeths-Puffer was dominant across the 14 weight classes, with eight individual champions, two runners-up and four wrestlers who finished third.

R-P wrestlers went head-to-head with Whitehall opponents in four championship matches and won three of them.

Several of the R-P champions had to battle hard to win their titles. 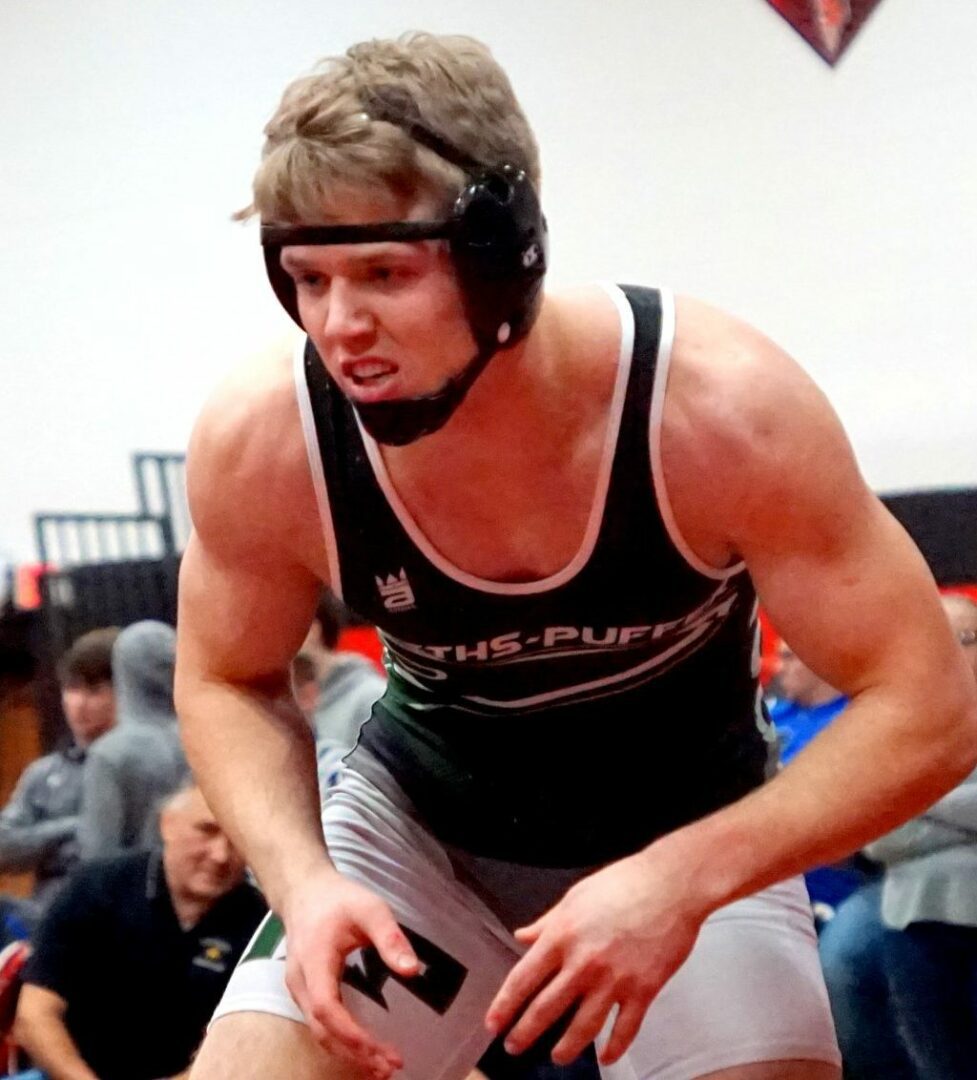 Edwards and Radosa won their title matches with pins.

“The kids really had to rumble in that final round,” Brink said about the championship matches and third-place matches. “I figured we needed to win at least half of them, and the kids ended  up winning 12 of 14 of them.

“We have been talking about this throughout the season, it was one of our bigger goals, and the kids really stepped up.” 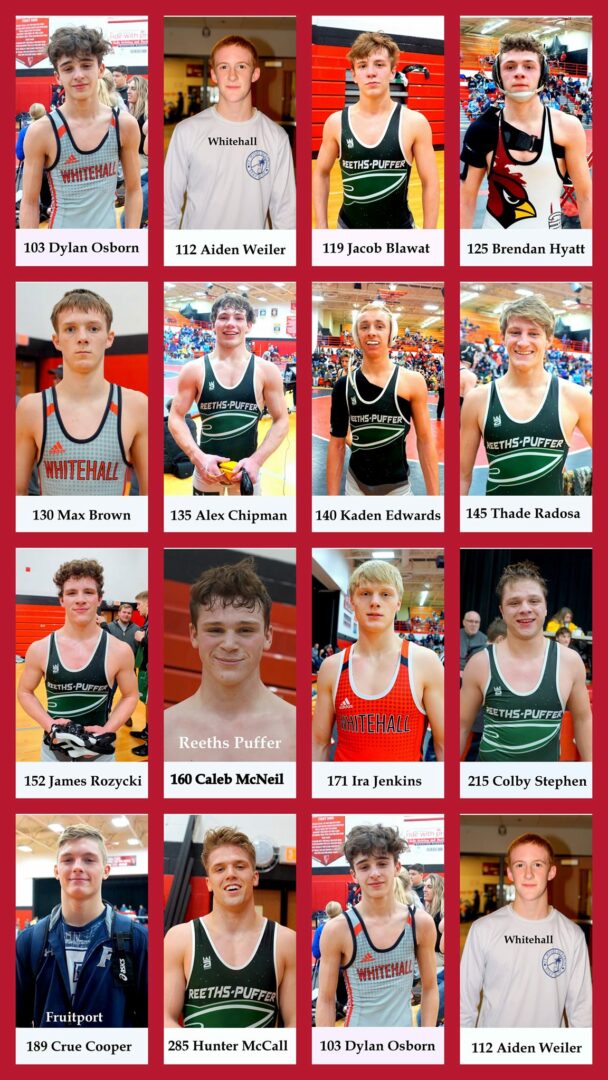 Whitehall opens league play with a shutout performance over Hart, 60-0