The Oakridge boys basketball team won a back-and-forth 60-58 contest against Whitehall on Tuesday in a West Michigan Conference game. 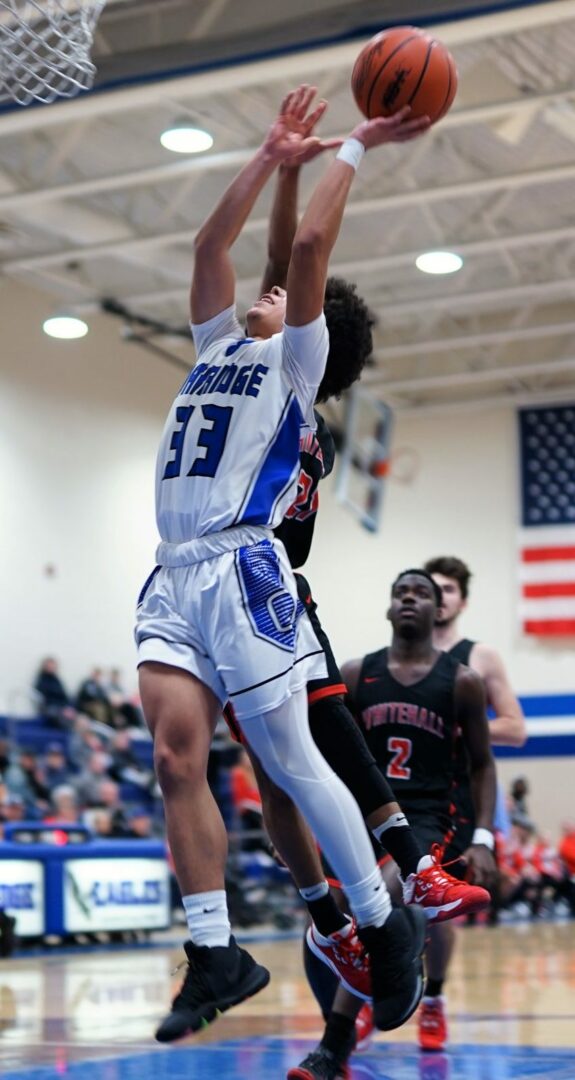 Coco Watson goes up for an Oakridge layup. Photo/Sherry Wahr

Despite getting outscored 14-13 in the third quarter, the Eagles’ defense stepped up in the final quarter.

Oakridge, trailing by seven points with two minutes left, forced key Whitehall turnovers down the stretch to pull out the win.

The Vikings were led by Red Watson with 15 points, while Alfred McGlothlin had 13 points and 14 rebounds. Dayton Cole added 12 points and 11 rebounds.

Oakridge improved to 7-4 overall and 5-1 in conference play, while the Vikings fell to 3-5 overall and 3-3 in league play.

Montague improved to 5-4 overall and 3-3 in the West Michigan Conference action.

RAVENNA 50, MASON COUNTY CENTRAL 35 – The Bulldogs remained perfect on the season, taking a 13-11 lead in the first and maintaining a 26-20 advantage at the half.

Ravenna was outscored 13-12 in the third frame. 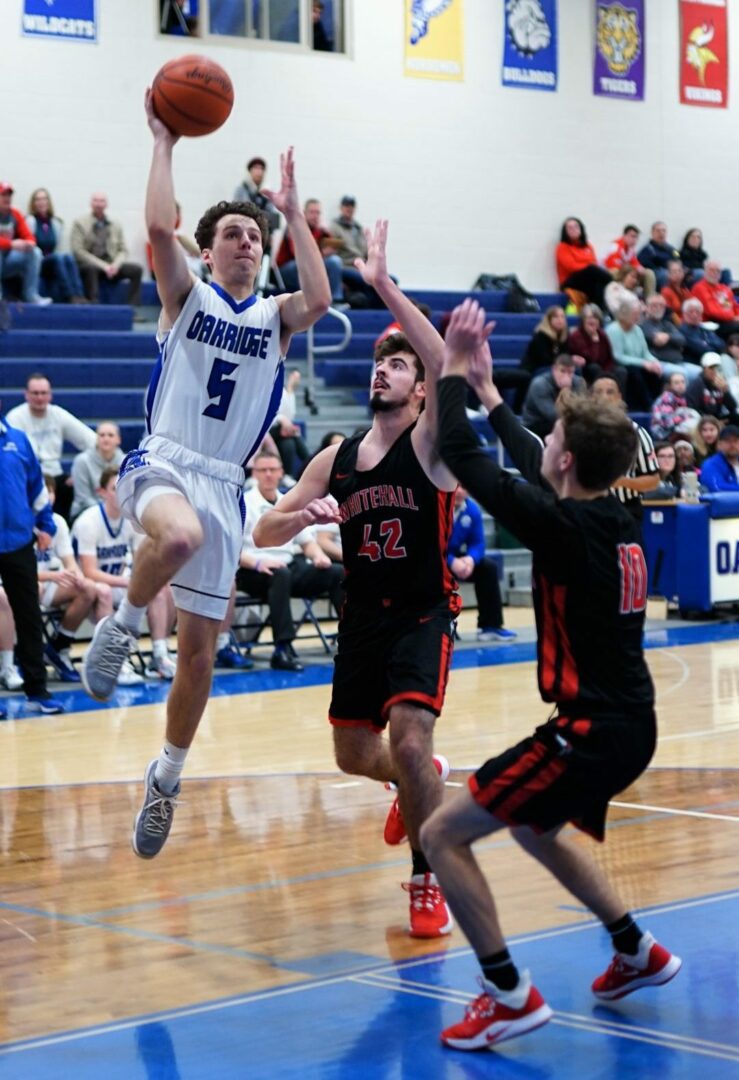 Oakridge senior No. 5 Tanner Karel goes up for a layup against No. 42 Andrew Durbin and No. 10 Addison Bluhm. Photo/Sherry Wahr

The Spartans were led by Jeffrey Carrier with 15 points and 13 rebounds.

The Bulldogs, now 9-0 overall and 6-0 in conference play, host Shelby on Friday.

North Muskegon outscored the Pirates 18-9 in the third quarter.

The Pirates were led by Ayden Beachum with 11 points.

North Muskegon improved to 5-3 overall and 4-2 in league play while the Pirates fell to 4-6 overall and 0-6 in conference play.