MUSKGON TOWNSHIP – If the Montague girls basketball team hopes to win a district title on Friday, it might want to crank up the offense a little sooner. 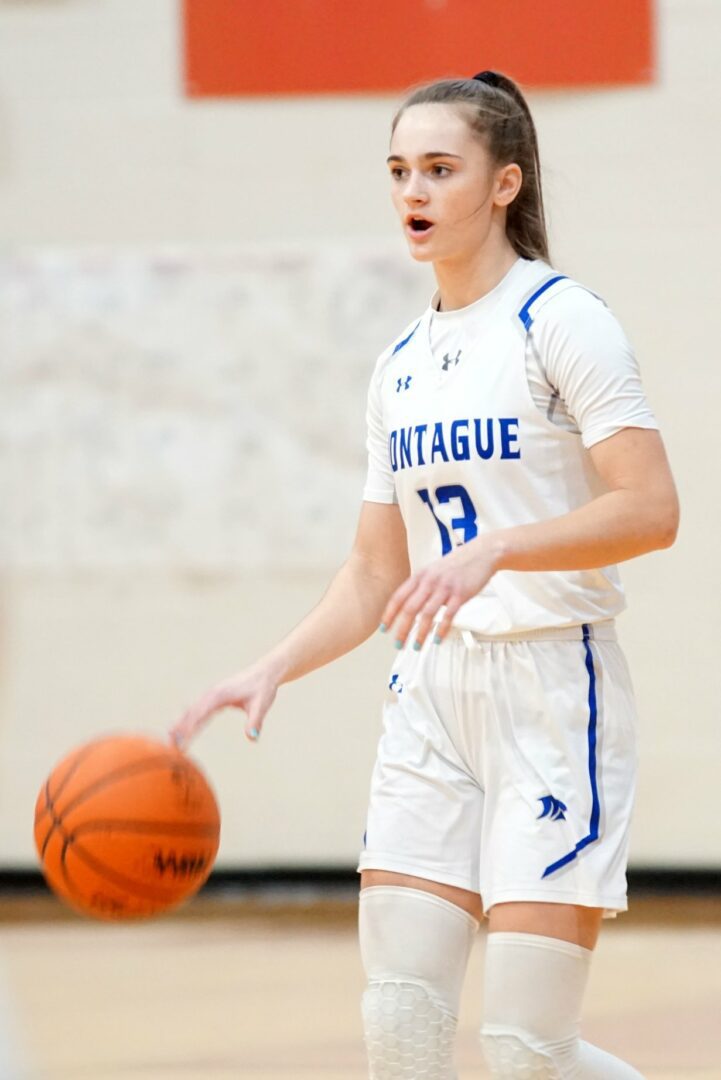 Braquelle Osborne brings the ball up for Montague. Photo/Leo Valdez

The Wildcats struggled and trailed after one quarter on Wednesday. But a strong defensive effort made up for the lack of points until the shots started to fall, and the Wildcats ended up rolling to a 58-37 victory over Fruitport in a Division  3 district semifinal game at Orchard View High School.

Montague, now 18-4 on the season, and will face either Spring Lake in the District title championship game at Orchard View on Friday at 7 p.m.

“That was our big talk after the game,” said Montague Coach Cody Kater, whose team won the West Michigan Conference championship in the regular season. “We have to have a better focus. We have to have our best players share that focus with their teammates, and help get them prepared.”

The Montague offense was sluggish in the first quarter, but the defense forced 12 turnovers. Fruitport led 12-9 after the opening quarter, but it could have been worse for the Wildcats.

“We settled,” said Kater about the slow start. “We shot a lot of threes.”

Montague’s offense started to click in the second quarter. The Wildcats outscored Fruitport 16-6 and took a 25-18 lead into halftime. Braquelle Osborne led the uprising with six points.

“I saw open space,” Osborne said. “When I see that open space, I have to attack it.” 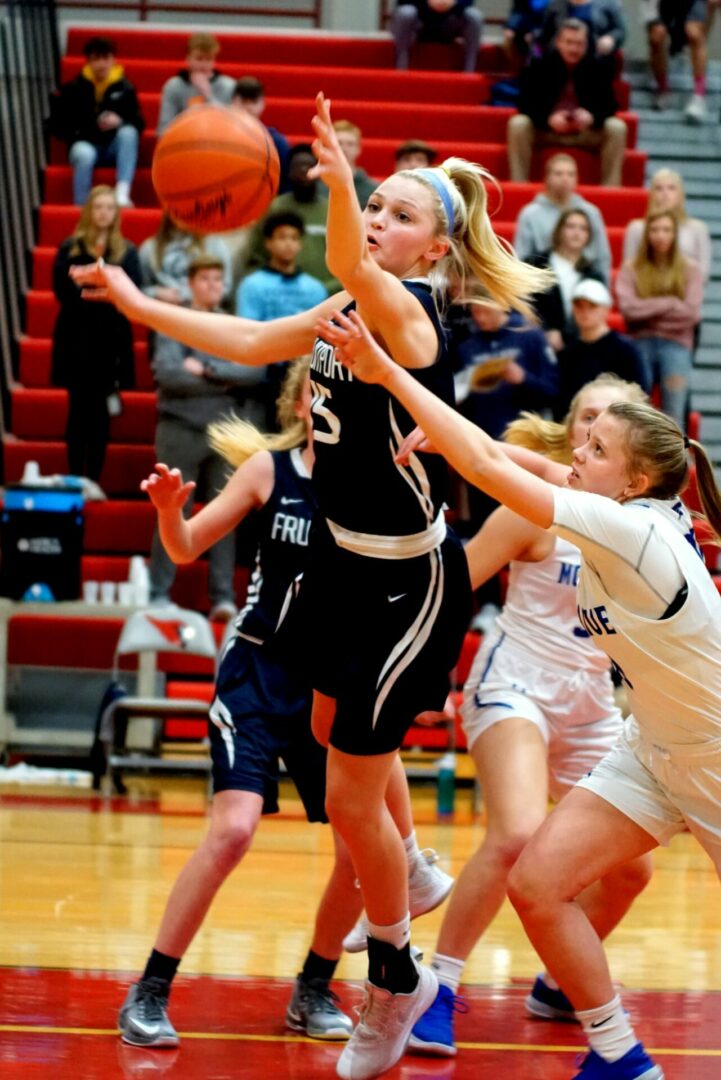 Ellie Fisher hustles down a rebound for Fruitport. Photo/Leo Valdez

After halftime, the Wildcats started on a 7-2 run and forced an early Fruitport time out. The delay changed nothing, because Montague went on to outscore the Trojans 18-8 in the quarter and led 43-26 at the third buzzer.

A 15-11 edge in the third quarter sealed the deal.

“We’ve been a second half team all year,” Kater said. “I was really pleased with how we came out. It’s always nice to get a time out from the other team in those opening minutes of the half.”

Fruitport, which finished the season with a 6-15 record, was paced by Sydney Bol with 14 points. 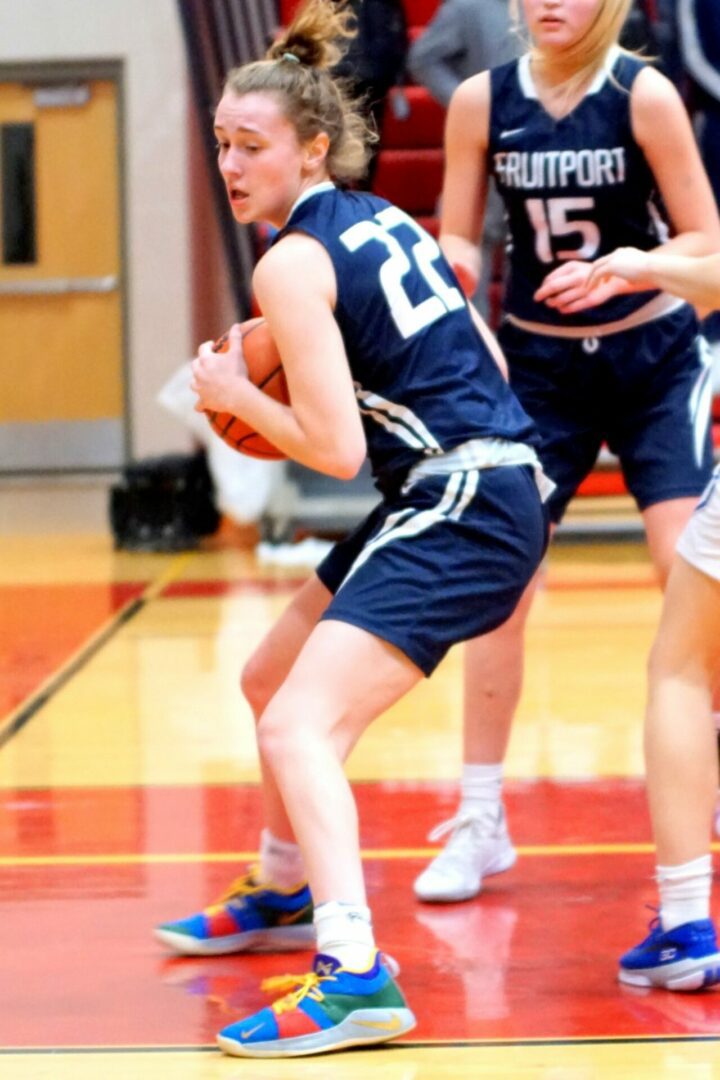 Kennah Vermerris pulls down the rebound for Fruitport. Photo/Leo Valdez 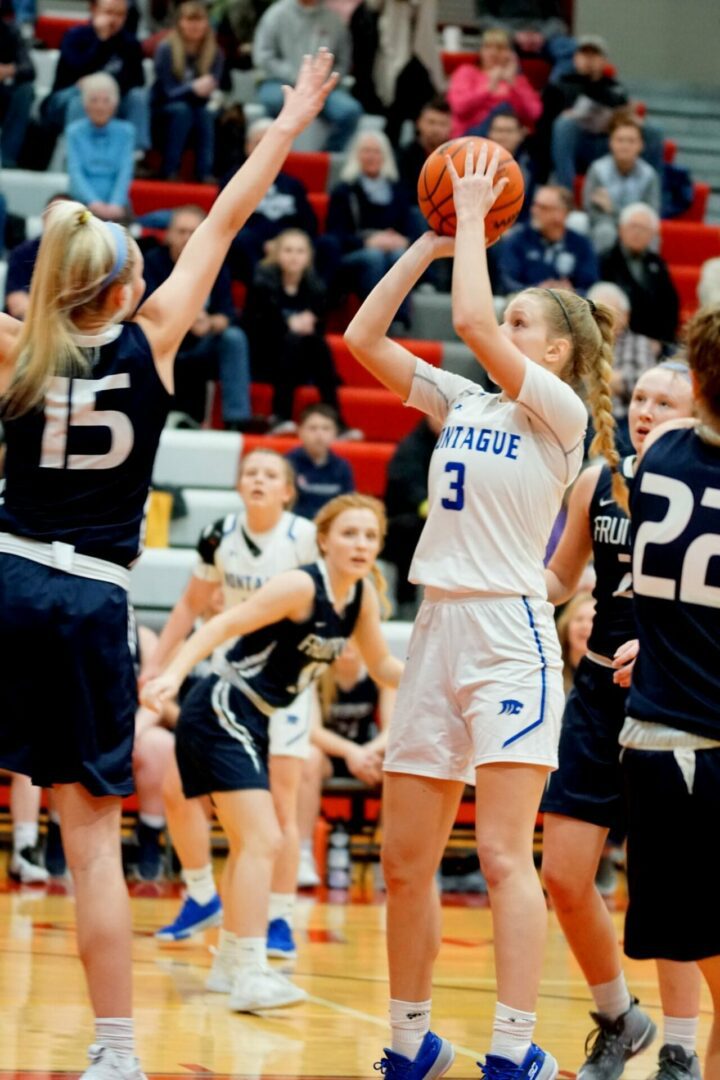 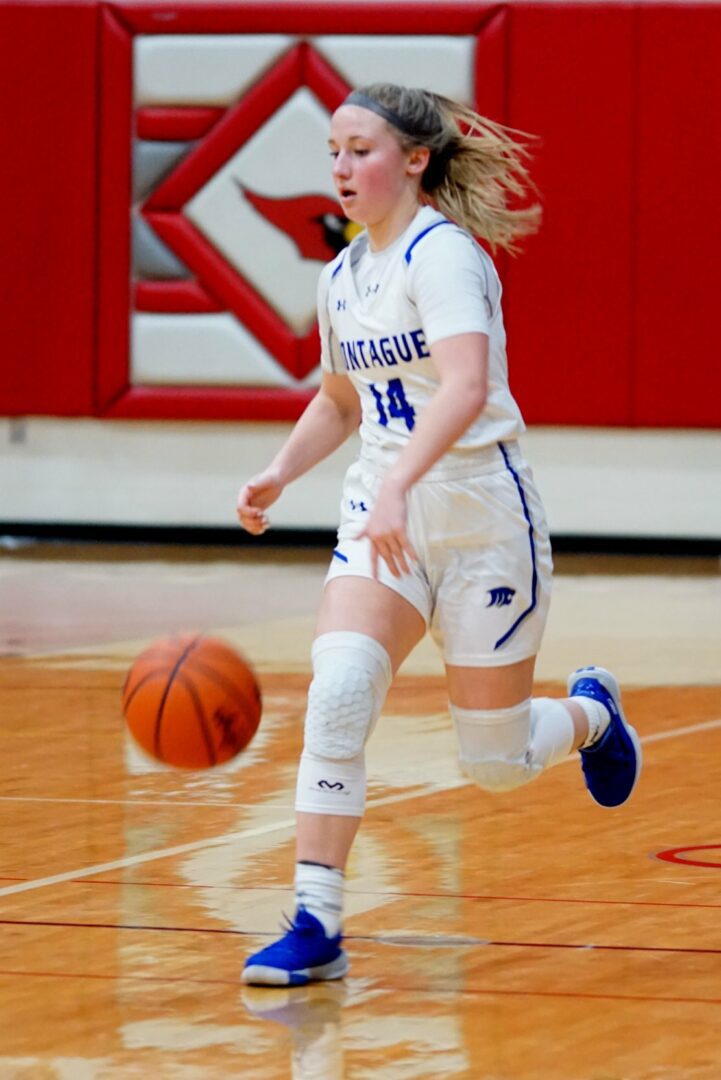 Emma Flynn pushes the ball up the court for Montague. Photo/Leo Valdez 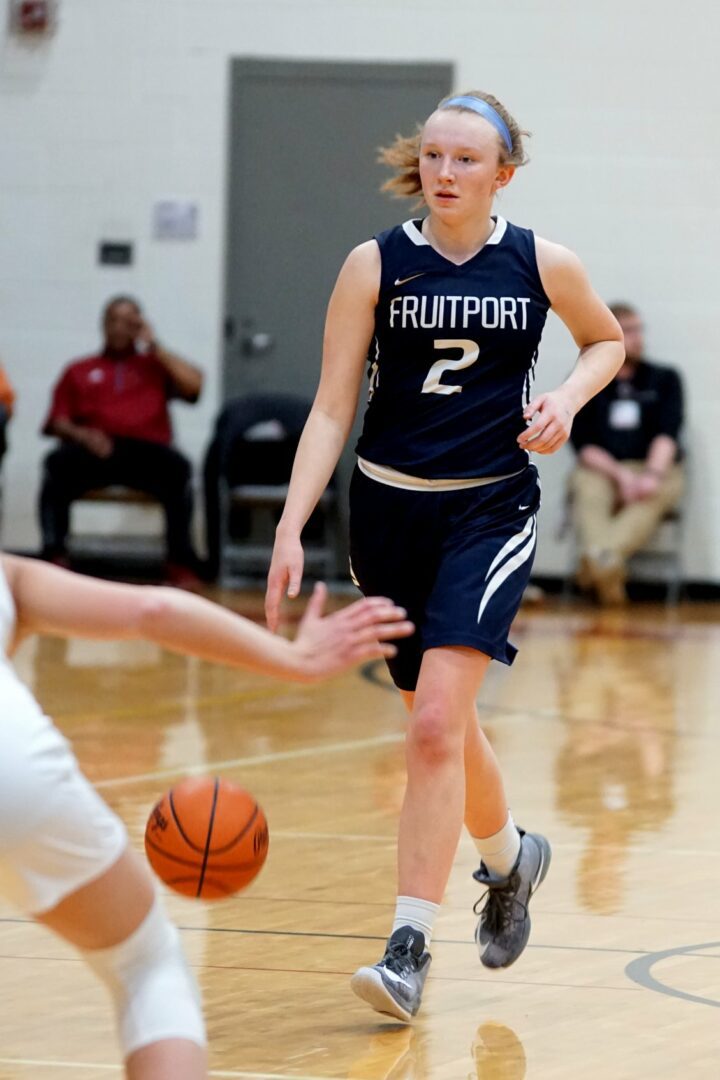 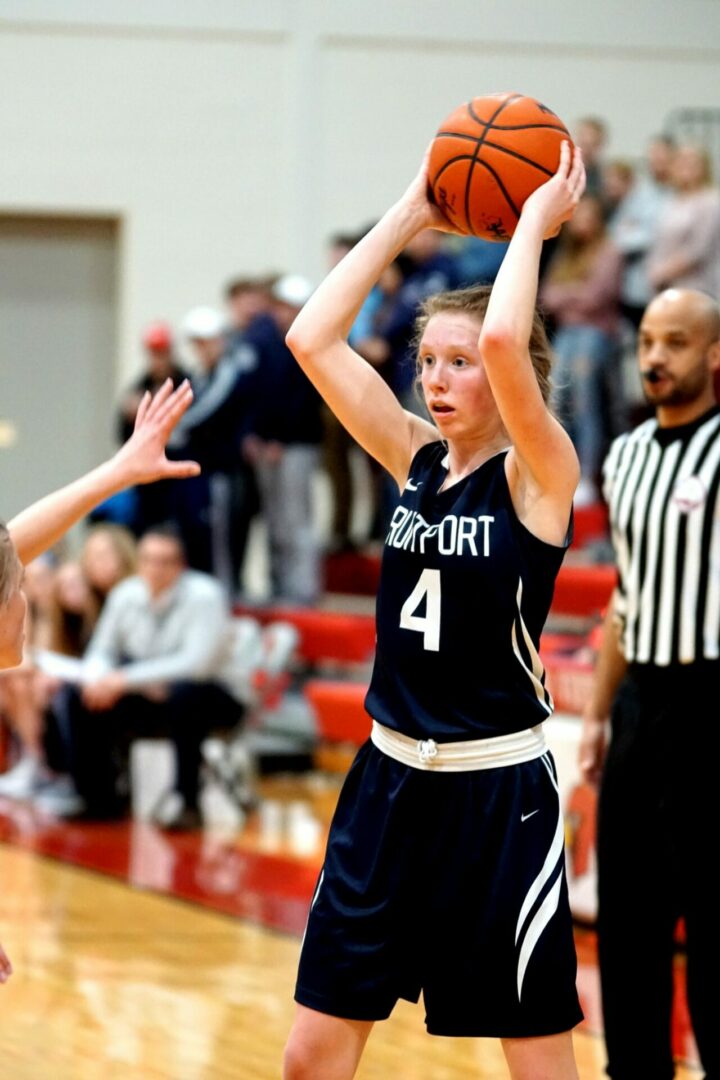 Fruitport’s No. 4 Anna Bol looks for the open person down low for Fruitport. Photo/Leo Valdez 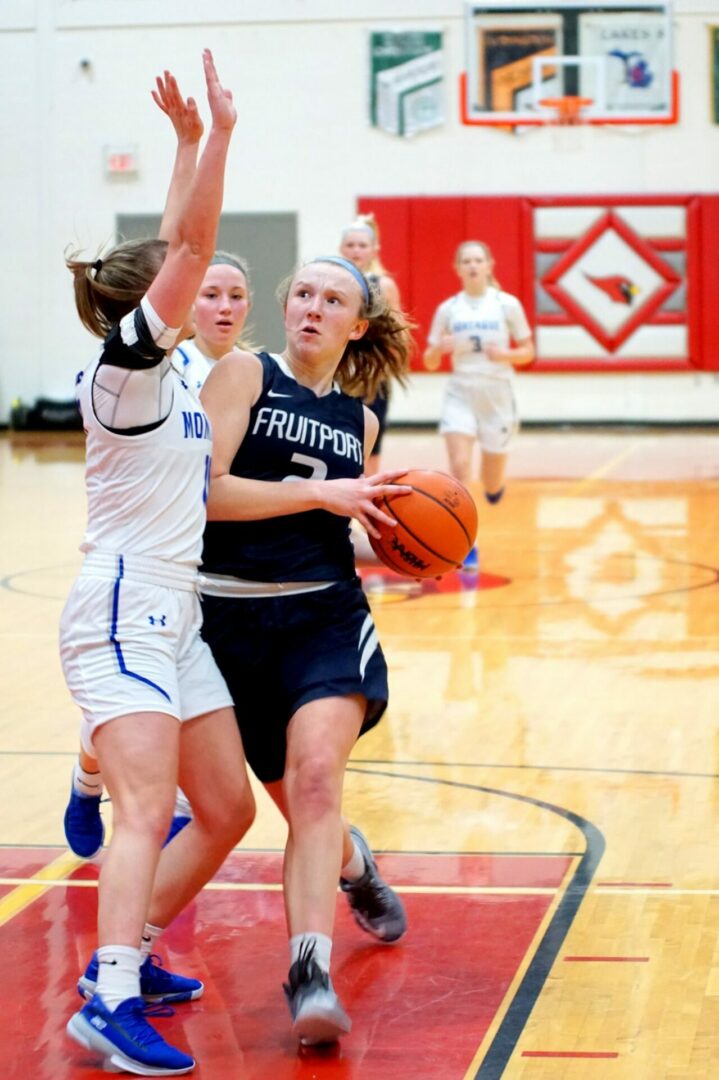 Sydney Bol drives in to take a shot near the bucket as Montague’s Andie Zamojcin tries to get into position for the charge. Photo/Leo Valdez 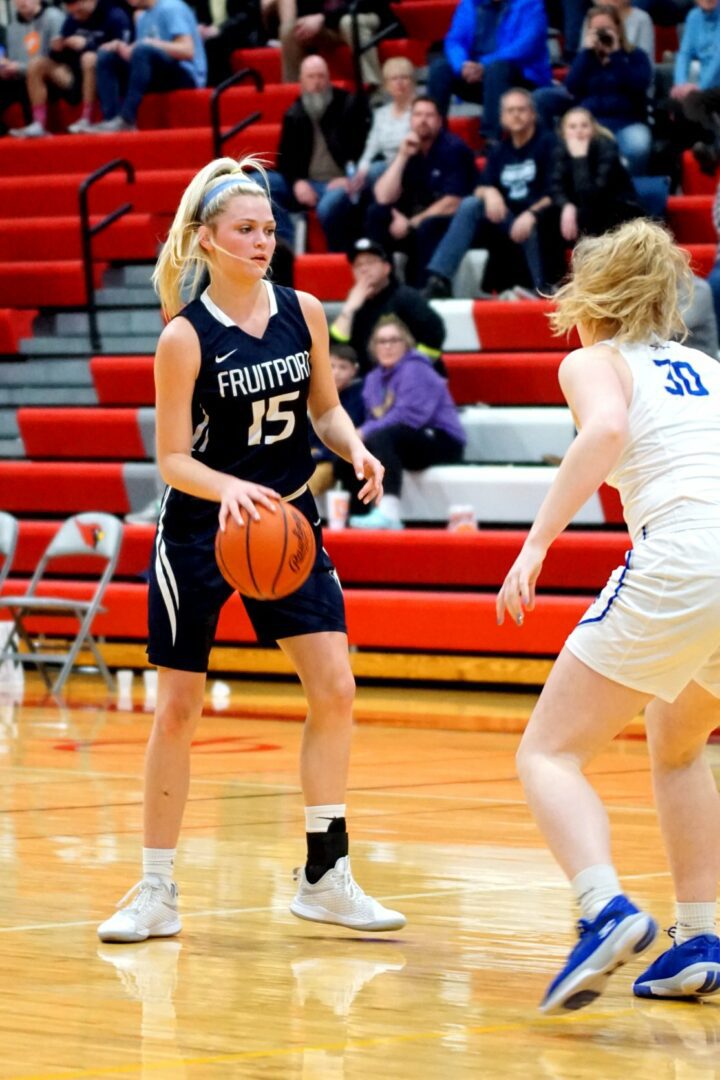 Fruitport’s Ellie Fisher waits for a play to develop up top. Photo/Leo Valdez