MUSKEGON – It’s interesting to imagine what the Muskegon Risers might have accomplished if they had been in a league this winter. 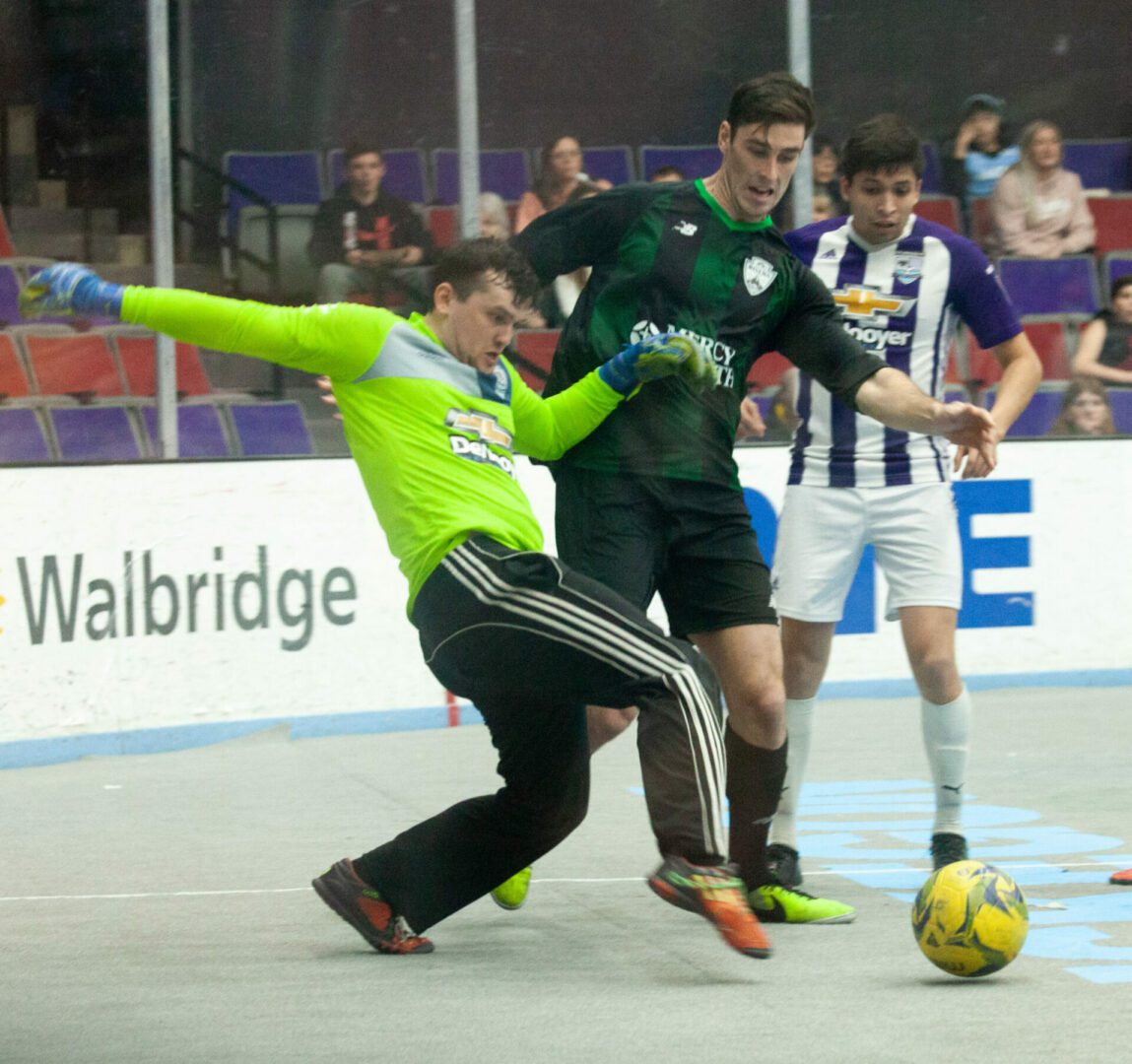 Scott Doney tries to get to the ball before the Kalamazoo goalkeeper. Photo/Jason Goorman

Last season the Risers played their first season in the Major Arena Soccer League 2 and finished with a disappointing 3-9 record.

They expected to compete in the league again this season, but unexpected complications came into play, and the team played an independent schedule instead.

That has worked out very well, from a win-loss point of view. The Risers, featuring an overwhelming offensive attack, improved their record to 4-1-1 on the season with an impressive 18-5 victory over Kalamazoo FC on Saturday night at Muskegon’s Mercy Health Arena.

The Risers have one game remaining on their indoor schedule – March 21 at home against Oakland County FC – before turning their attention to the summer season.

They plan to return to the MASL 2 next winter.

“I wish we could’ve seen this team in a league this year, because we’ve improved so much,” said Risers Coach Ben Ritsema. “But it’s really exciting for next year, too, if we can just keep building and learning.” 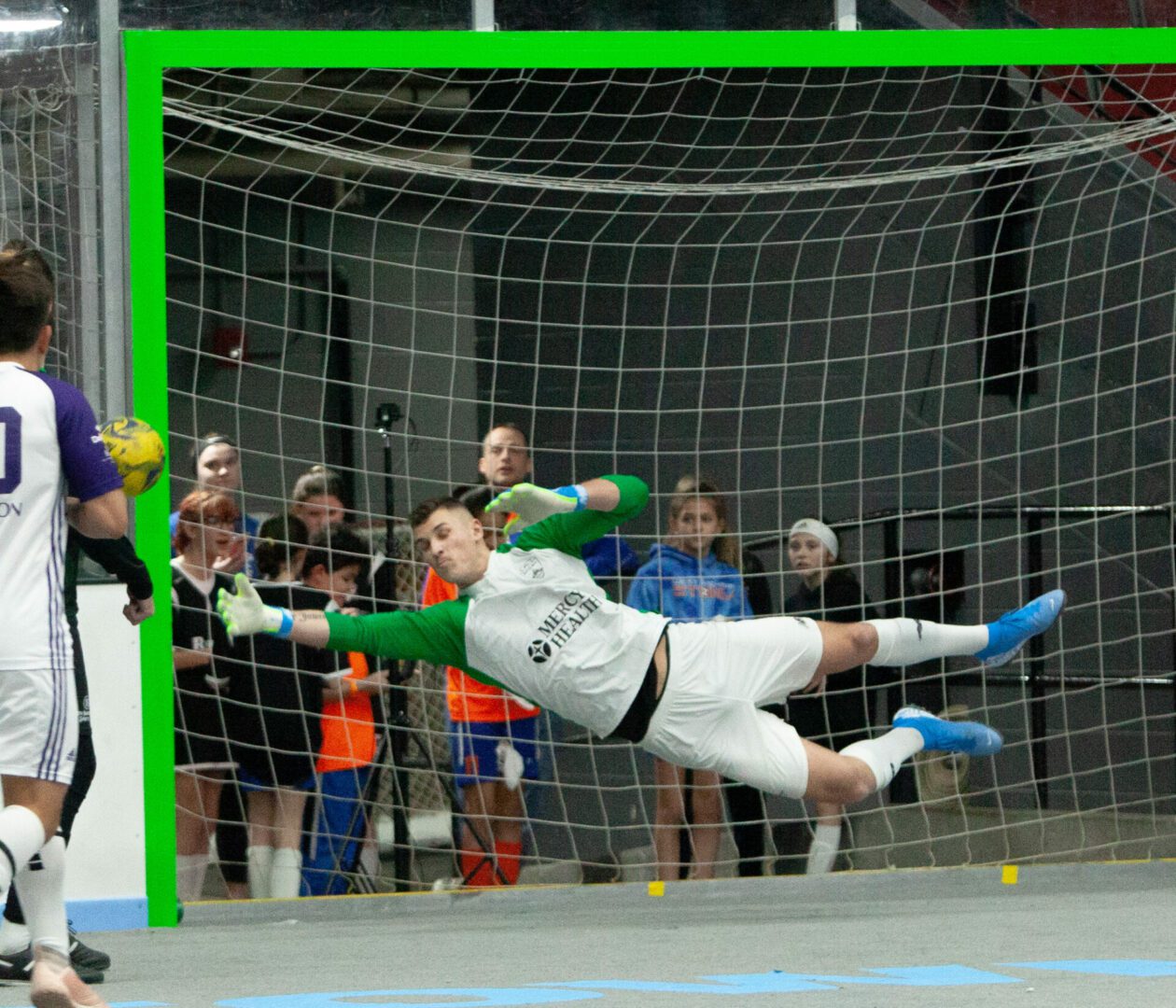 Goalie Aaron Orban dives right to make a save at the post for Muskegon. Photo/Jason Goorman

The Risers had a host of stars in the contest. Leading the way were forwards Miguel Flores and TJ Ifuturiti, who scored five goals apiece.

The entire season has been a happy experience for Flores, a Muskegon High School graduate who was a leading scorer or the Risers in their first indoor season in 2016, before leaving to play at Davenport University.

“I’m excited,” said Flores, who now has 11 goals on the season. “It’s special to play for your home city, and I said that back when I first played here. For them to bring me back is a big honor. It’s a pleasure to play for my home team and my home fans.

“I couldn’t play because of NCAA rules. I missed it. I followed them on social media and wished I could be there. But now we’re on the rise and I’m really proud to be a part of this team.”

Also scoring for the Risers were Scott Doney with three goals, Elmedin Zukic with two, Aldony Mendez with two and Willy Guerrero with one.

Muskegon outshot Kalamazoo 38-16. The fourth quarter was played with a running clock. 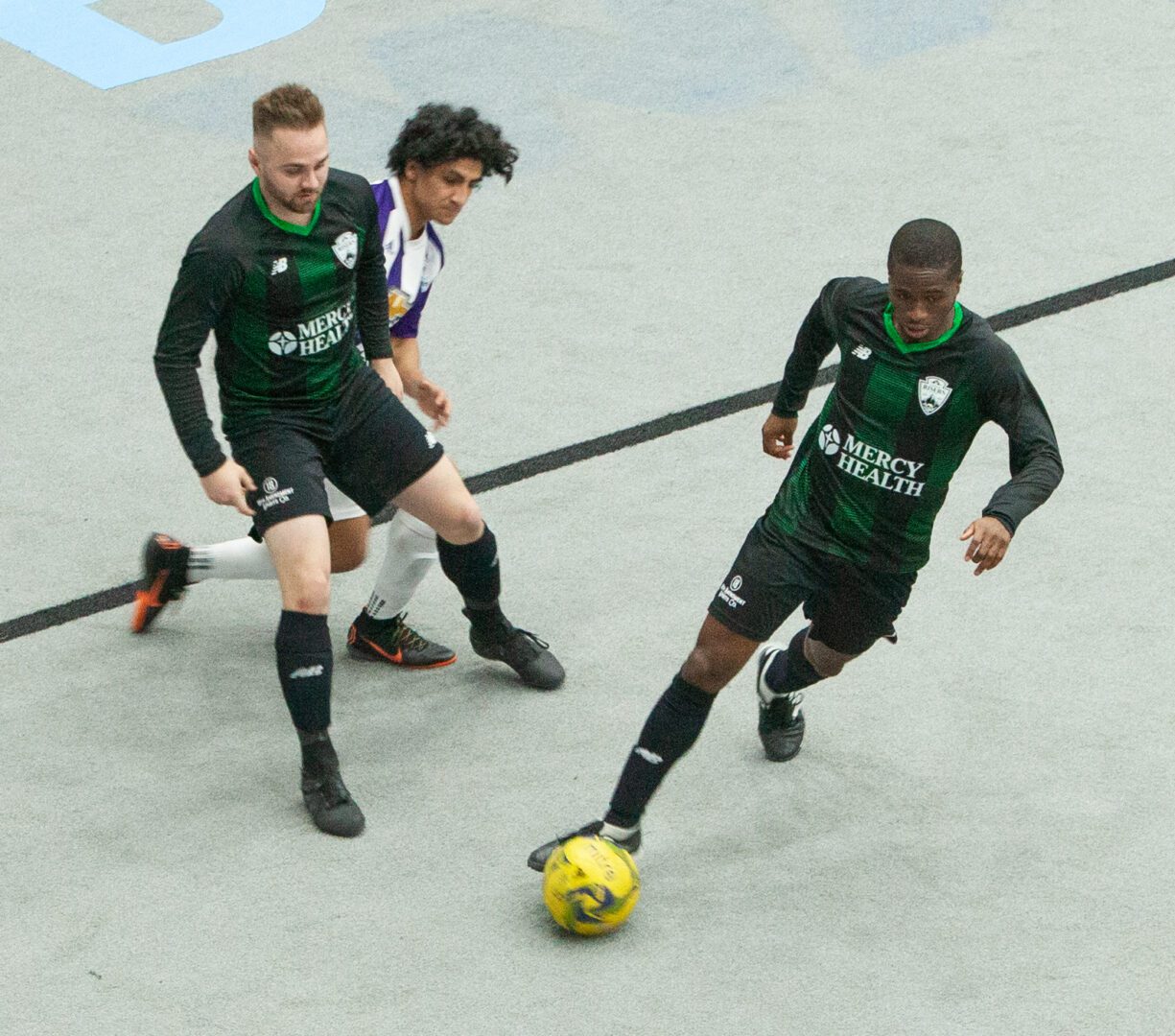 TJ Ifaturoti moves the ball as Cody Loss stays in front of the defender. Photo/Jason Goorman

The first quarter was not indicative of how the night would go. Kalamazoo actually took a 1-0 lead at the 7:39 mark on a goal by Tyjon O’Brien. Flores answered for the Risers at the 12 minute mark, and the score was knotted 1-1 after one.

The Risers started pulling away in the second quarter, with goals by Zukic, Flores, Doney and Ifaturoti and led 5-1 at halftime.

Muskegon opened up the floodgates in the third quarter, outscoring Kalamazoo 8-2 to take a commanding 13-3 lead into the fourth. Flores, Ifaturoti and Mendez each had two goals in the third,

The Risers had a 5-2 scoring edge in the final quarter. Ifaturoti led the way with two goals.

“Anytime you can score 18 goals you’re probably going to win,” Coach Ritsema said. “I challenged the guys at halftime, after a good first half. I said that was probably our best half of soccer, now let’s come out and play even better. That third quarter was really dominant. We really took it to them and I was proud of the guys in how they came out after halftime.”

Aaron Orban played three quarters in goal for Muskegon while Michael Vollmer relieved him in the fourth. 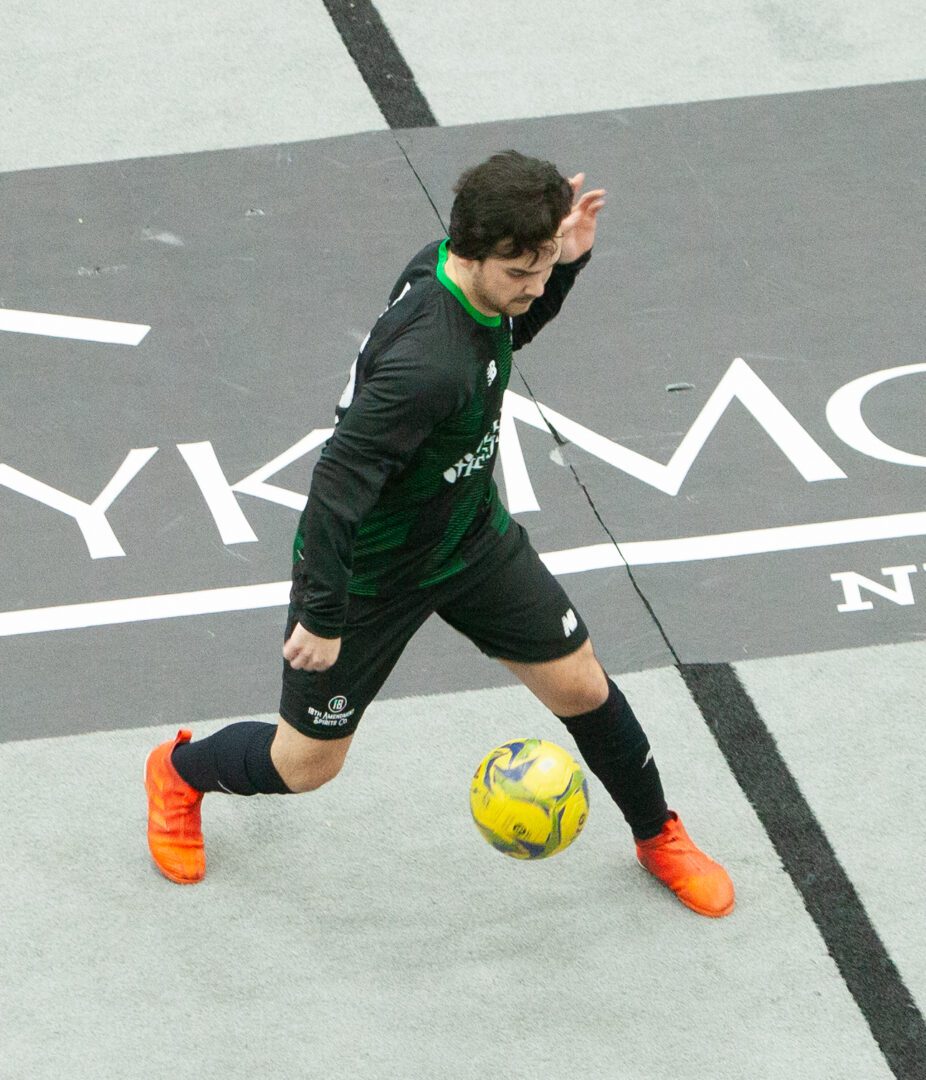 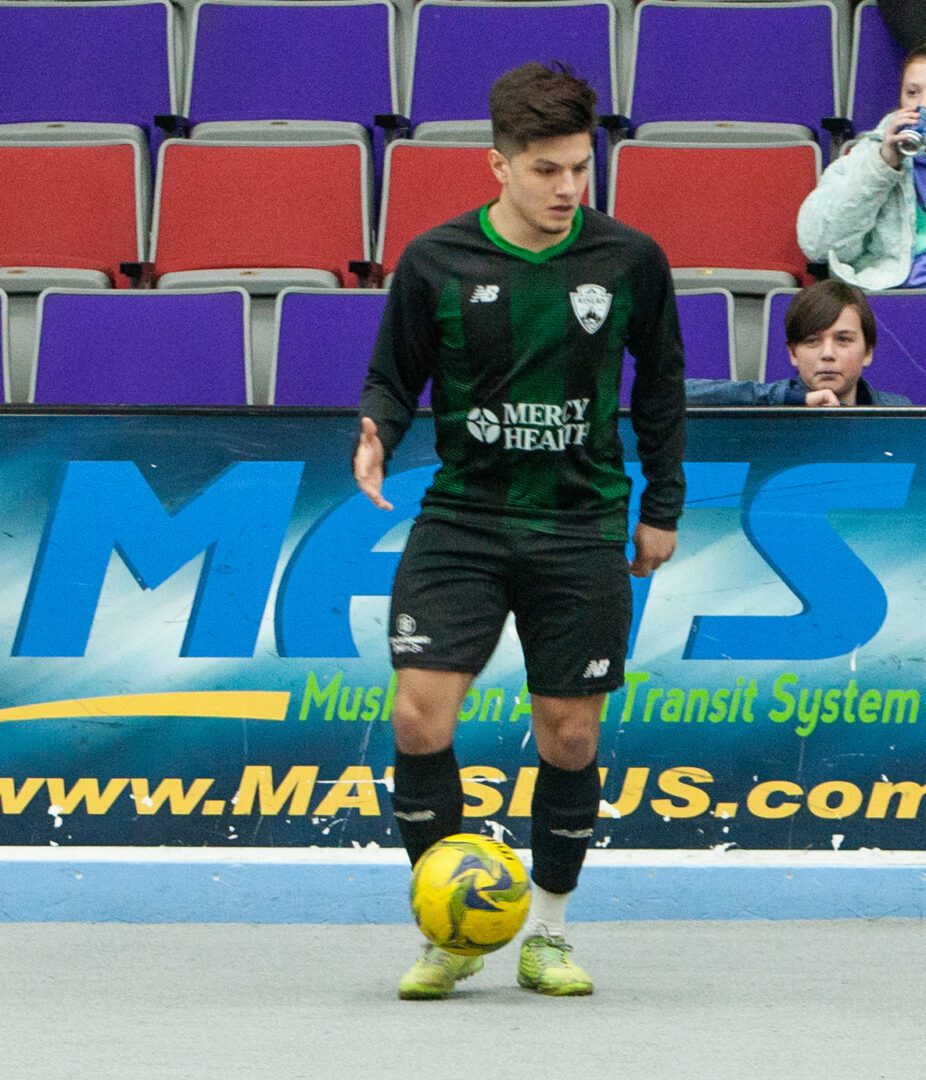