MONTAGUE – On Feb. 20, the Montague and Hart girls basketball teams met in the last conference game of the season, with a championship on the line. 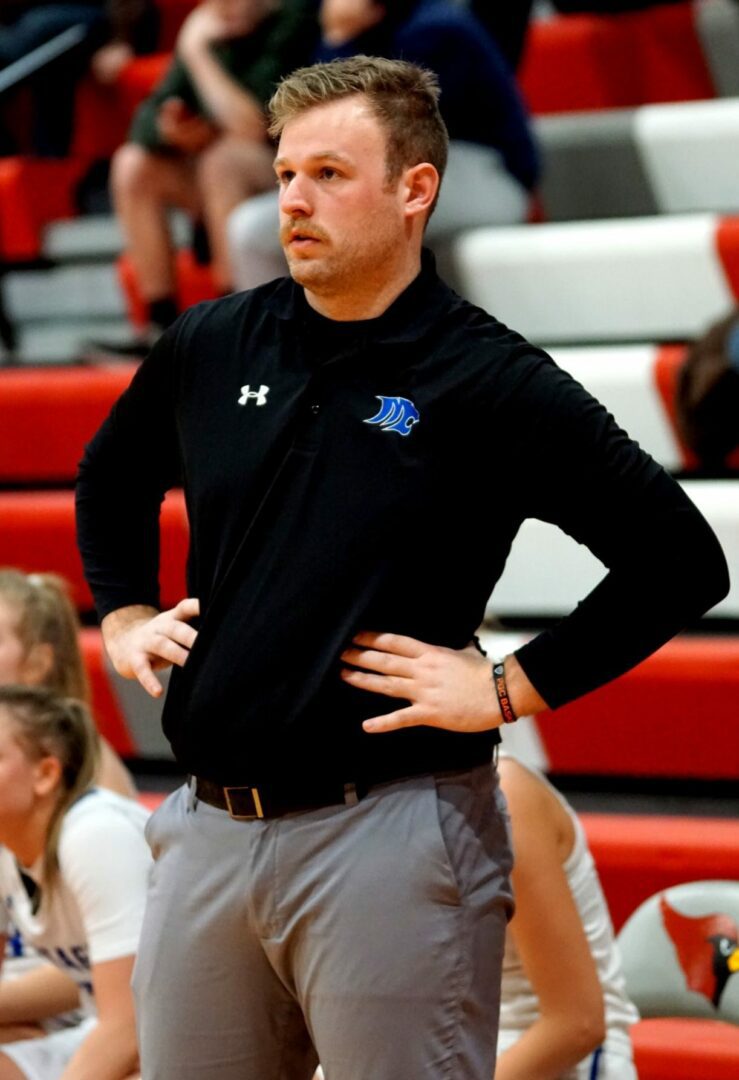 The game eventually went three overtimes before Montague pulled out a 49-46 victory and clinched the West Michigan Conference title. It was the program’s first since 1994, and the first for any girls team in the conference besides long-dominant Oakridge for many years.      .

“That game was really special,” said fourth-year Montague coach Cody Kater, who first gained fame as the quarterback who led Montague to back-to-back state football championships in 2008-09. “The preparation and mindset, along with home court advantage, really helped. Nobody deserved to lose that game, but I’m really glad that we came out on top.”

For winning that big game, and finishing with an 18-5 overall record and 12-2 conference mark, Kater is the LocalSportsJournal.com Division 1-2 girls basketball Coach of the Year.

The Montague girls actually started thinking very early about winning a conference championship. Back in November, before the season even started, they practiced celebrating the title by cutting the nets in their gym.

“We practiced climbing up the ladder and cutting down pieces of the net, so that it was one of our goals this year,” Kater said. “For us to do that and win the conference outright and cut down those nets again was crazy.”

The Wildcats had double-digit victories in each of Kater’s first three years as coach, but it became obvious when they started out 6-0 that this might be a very special season.

“We got off to a hot start and surprised some people,” Kater said. “In the game against Spring Lake (a 51-48 win on Dec. 10), we came back and beat them, which was one of the moments you could see the girls start to believe.”

Another key point was a game against archrival Whitehall on Feb. 6, which Montague won 60-35 after losing the previous contest to Tri-County.

“I saw them believing again against Whitehall,” the coach said. “We just came off a loss where we didn’t play well, and the girls responded two days later by executing the game plan perfectly.”

The Wildcats won their final five regular season games, then beat Orchard View 57-18 and Fruitport 58-37 in the Division 2 districts, before falling to Spring Lake in the championship game.

Kater said one of the keys to success was experience. He called up quite a few freshmen to the varsity level two years ago, and that paid off this season.

“We had a lot of juniors who played as freshmen on varsity, so we had a lot of growing pains,” he said.
“Two years ago, we had losses of 40 and 35 points to some teams. We went through those tough times together, but knew we couldn’t play victim and had to get back to work.”

That journey over the last few seasons is exactly what made the 2019-2020 season so special for Kater and the Wildcats.

“I think that’s the most fun part of it,” Kater said. “The journey is way more fun than getting right to the end result.”

Kater said there was a time, not long ago, when he never pictured himself coaching girls basketball – but now he said he’s having the time of his life.

“I’m having a lot of fun doing it, and it’s awesome that we’re finding success,” he said. “I’m really grateful for the opportunity here and it’s special to come back and win.”

Eight players were chosen for the Division 1-2 All-LSJ squad, in a vote of area coaches. They were Lauren Ross of Reeths-Puffer, Dashonna Day and Kailyn Nash of Muskegon, Phoebe Saunders of Spring Lake, De’lahna Porter of Ludington, Jolee Houle of Grand Haven, Braquelle Osborne of Montague and Paige Vandenberg of Fremont. 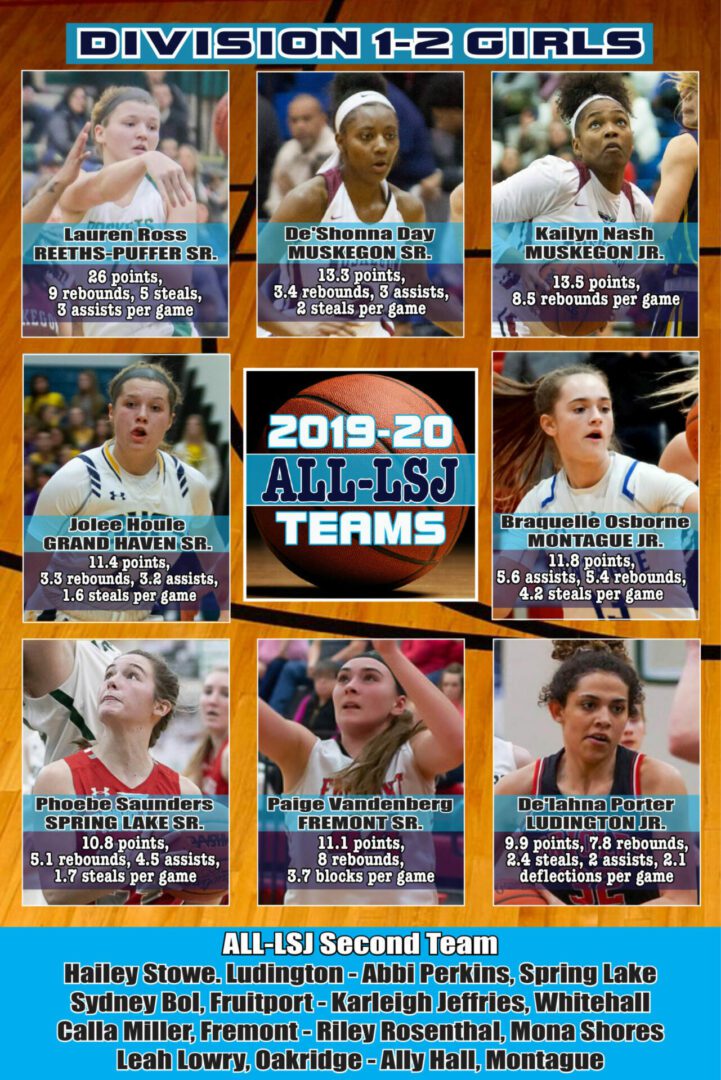