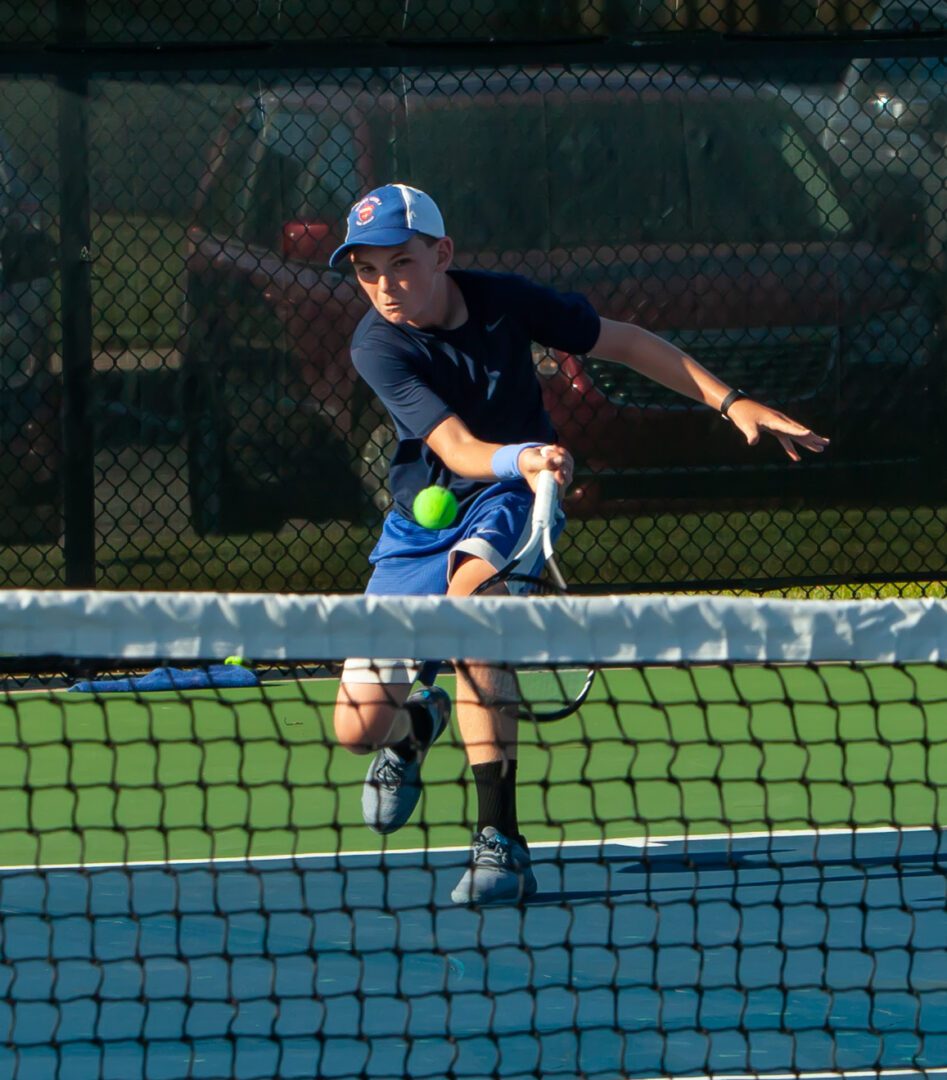 Hackney kicked off Mona Shores’ fall varsity sports season with an impressive debut on Wednesday in a pair of dual meets against non-conference foes Hamilton and Hudsonville at Zeeland East High School.

As a team, the Sailors tied Hamilton 4-4 and fell to Hudsonville 6-2.

Even though he kicked off his high school career in exciting fashion, Hackney realizes how lucky he is to be playing a sport he loves, while his classmates who play football won’t be on the field this fall, and several other varsity sports remain in jeopardy due to COVID-19.

“I just know how devastated I would be if they cancelled tennis,” said Hackney, who is the son of Mona Shores’ head tennis coach Tracy Hackney and assistant coach Charlie Hackney. “I know the football players have been working so hard. I am just definitely trying to represent Mona Shores as best I can when I’m out there, because I know how bad they want to play right now.”

Hackney’s opening match started a bit slow and he fell behind 1-0. But after shaking off the opening jitters, he settled down and won the last 11 games of the match.

He won 12 of 13 games in a dominating second match.

“A couple points in the beginning took me a little bit to get going,” Hackney said. “But then once I got going, I started playing my game.

“It feels really good to be back on the court in competition, especially in a high school atmosphere like this. I’ve never got to experience anything like this before.”

Kayden Hellmann also had a great day for Mona Shores, winning both of his matches at No. 2 singles.

Bobby Wasserman and Brady Whalen won their opening match at No. 2 doubles. Lydia Sowles and Sam Uptigrove took their first match at No. 3 doubles. 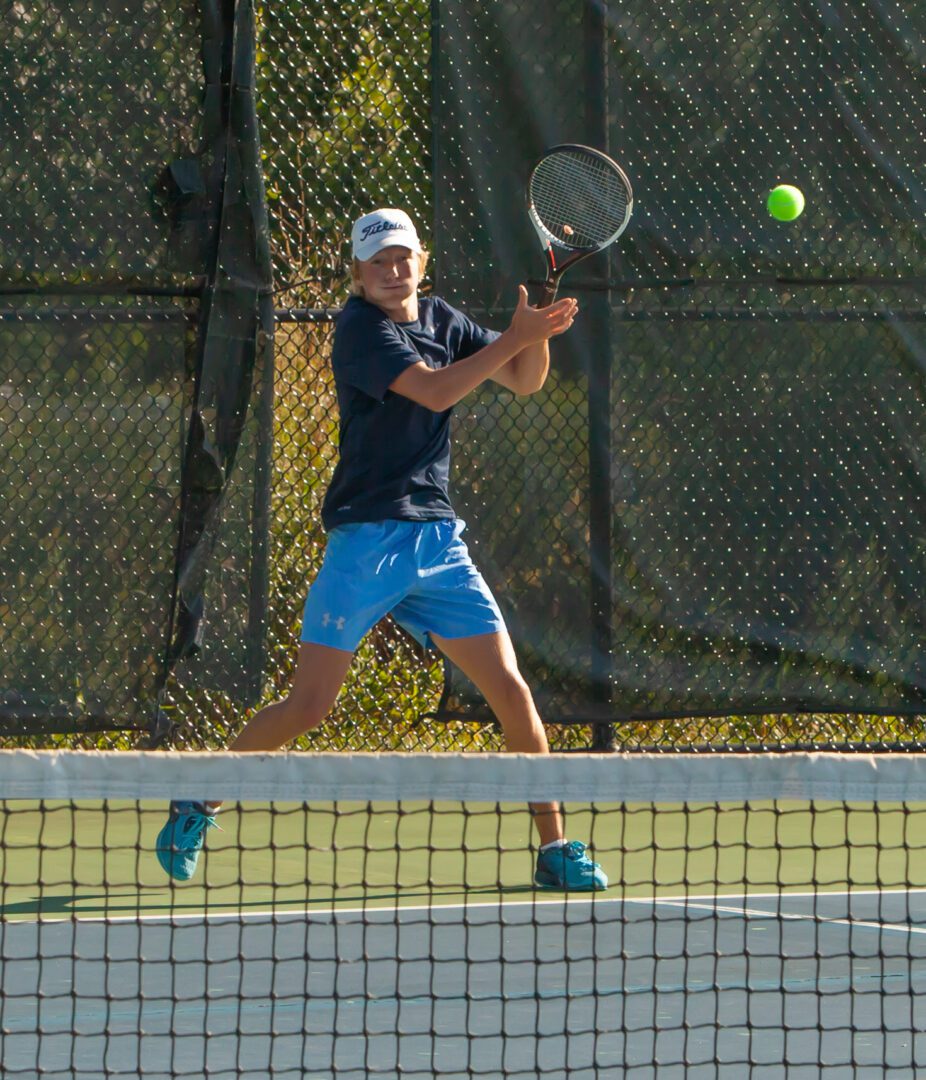 Kayden Hellmann makes a play from the backcourt at No. 2 singles for Mona Shores. Photo/Jason Goorman 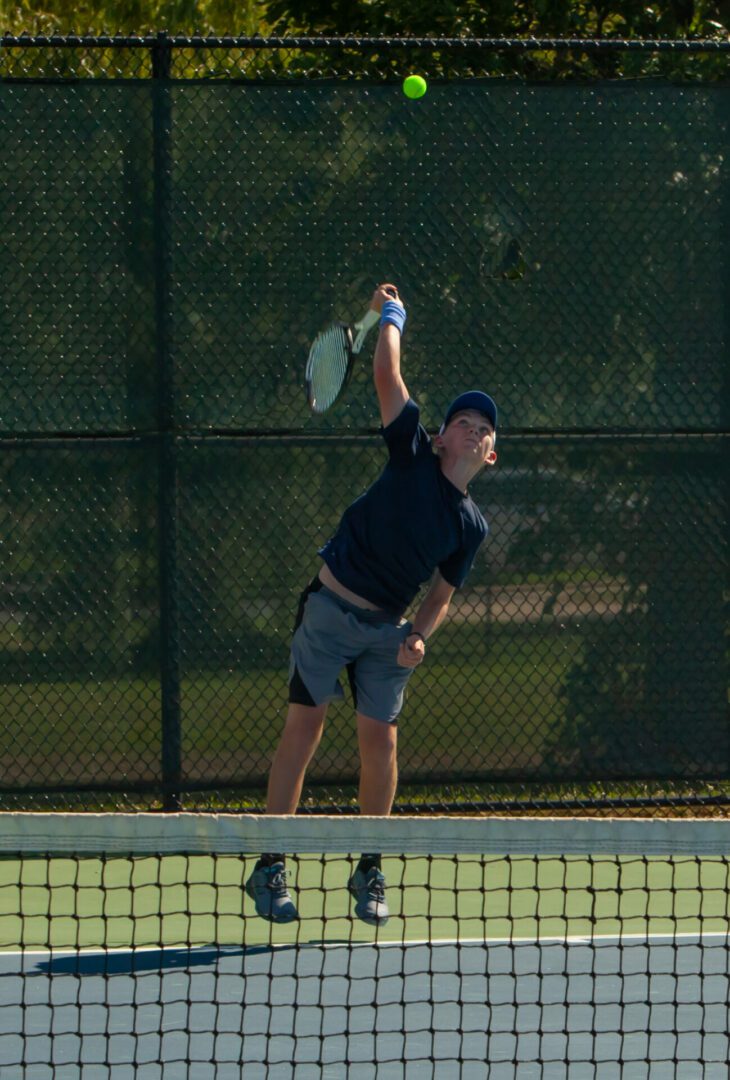 Grant returns to the tennis courts after a year off