MUSKEGON – It doesn’t really matter if Myles Walton is brand new to a position on the football field, or hasn’t played it for several years.

If the Muskegon High School junior is told to play somewhere new, he shrugs his shoulders, picks it up on the fly, and dominates.

That was certainly the case last Friday at Holland High School, when the 5-foot-11, 189-pound Walton looked like a seasoned veteran at quarterback, despite not seeing game action at the position since he was an eighth-grader. 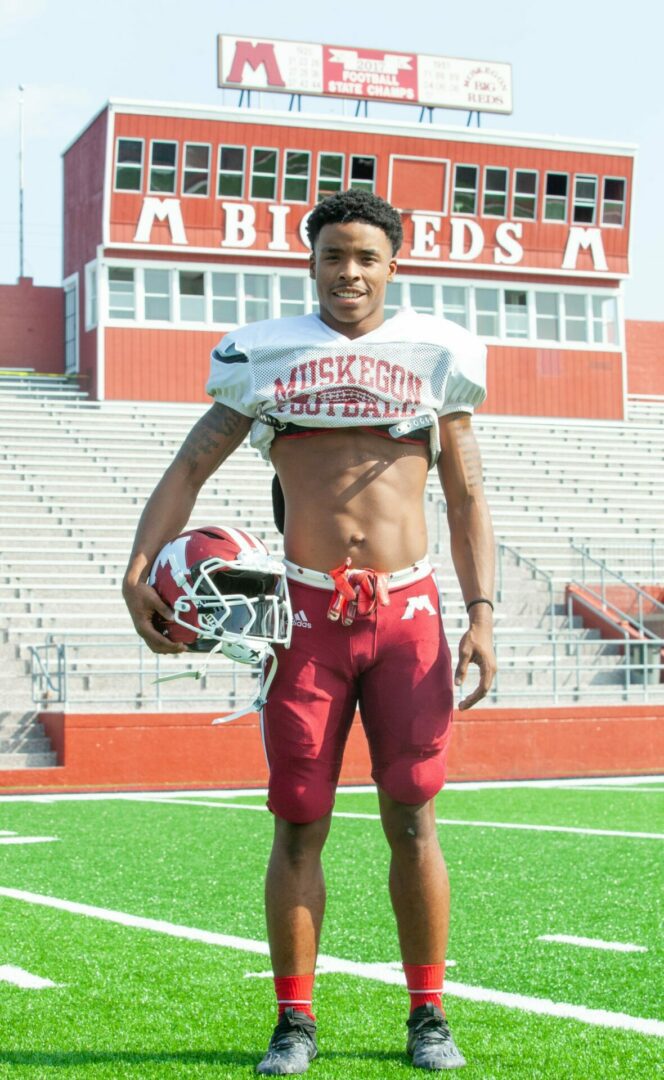 Filling in for senior starter Amari Crowley, Walton rushed for 133 yards, scored four touchdowns and completed 4 of 5 passes for 52 yards, as the Big Reds rolled to a season-opening victory, 59-14.

“I just tried to remember everything again (from eighth grade),” said Walton, who has been working hard all week with his teammates to prepare for Friday’s showdown with Mona Shores at Hackley Stadium. “I was a little nervous before the game. It took me a few plays, but I just had to relax a little. Our offensive line did a great job in front of me.”

Walton impressed Muskegon head coach Shane Fairfield with his ability to make quick-thinking reads while running the Big Reds’ veer offense. He also got Fairfield’s attention during a first-half two-point conversion attempt, when Walton pulled a juke and step-back move out of his bag of tricks to dodge a pair of Holland defenders and sneak into the end zone.

Combining great speed in the open field with the strength of a player who recently squatted 450 pounds, Walton can run past or through defenders.

“It was a good experience,” Walton said about the game. “I like to have my hands on the ball, and I haven’t had that opportunity in a while. I’m glad my coaches have the confidence in me to put the ball in my hands.”

Fairfield said he was wowed by Walton’s athleticism three years ago as an eighth-grade quarterback, when he led his team to an undefeated season. But with Cameron Martinez entrenched as the varsity QB at the time, the coach decided to find other roles for Walton when he called him up to varsity as a freshman. 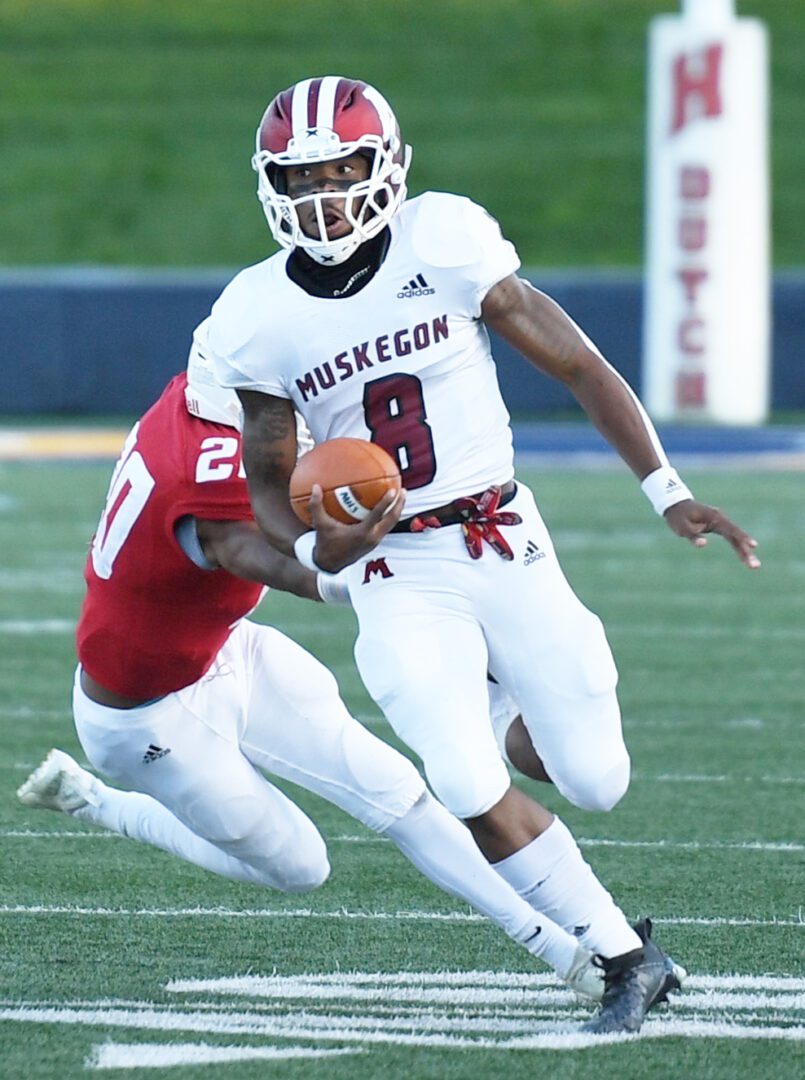 He was installed as a cornerback on defense and kickoff and punt returner, and he’s made major contributions in those roles over the past two years.

“Quarterback was always my position,” Walton said. “I had never played corner a day in my life, but that’s where the opportunity was for playing time. My mindset is, they can put me in anywhere. I’ll play any position to help my team win.”

Walton, who started throughout his freshman season, made arguably the biggest play of his career in the 2018 Division 3 regional finals at Grand Haven High School, when he returned a kickoff 65 yards for a game-changing touchdown against Cedar Springs on a frigid afternoon.

He played the last half of last season with a torn meniscus, which required off-season surgery, but still managed to lead the Big Reds with five interceptions in 2019.

This season, Walton a part of arguably the best defensive secondary in the state, joining outstanding safeties Julius Sims and Tyreese Oakes, along with Damari Foster or Crowley at the other corner.

“It always comes back to finding a way to shut the other offense down,” Walton said. “Our 21-22 class has so much chemistry. We’ve been playing travel football together forever.”

Walton was slated to play a big role on offense this year, even before he stepped in at quarterback in Game 1. With Crowley expected back under center on Friday for the Mona Shores game, he is expected to play slot receiver.

That doesn’t necessarily mean he won’t see some snaps at quarterback again this season. Muskegon now has the option to give opposing defenses different looks at quarterback, with Crowley showcasing the stronger throwing arm, and Walton doing more damage with his feet.

What may be more impressive than Walton’s athletic accomplishments are his achievements in the classroom, where he sports a 3.5 grade point average. He said he wants to pursue either aerospace or civil engineering in college.

Chances are good that he will excel at whatever career he chooses, because when Walton tries something new, he usually succeeds. The Holland football team’s defense can attest to that.

“I didn’t get into football until I was about five,” he said. “I didn’t know what to do, but once I got that helmet on, I just started to dig it.”