The Indians scored on their first drive and tacked on a PAT to make the score 7-0.

The Red Devils responded with Fowler finding Kevin Erickson for a touchdown pass. Aidan Poling tacked on the PAT, tying the score at 7-7.

Later in the second quarter Chase Albright tackled a White Cloud ball carrier in the end zone, resulting in a safety, giving the Red Devils a 9-7 lead.

On the following drive, Fowler hit Rice Robins for another touchdown pass, giving the Red Devils a 15-7 lead. The score would stay the same as defenses dominated the rest of the game.

Fowler ended the night 16-for-20 passing for 212 yards. Austin Hawkins finished the game with eight catches for 117 receiving yards.

Defensively, Hawkins led the Red Devils with seven tackles and an interception. Erickson picked off a pass as well while Eric German, Cam Edgerton, Dylan Cartwright, and Jarid Coburn all had five tackles.

The Red Devils begin the season 1-0 overall, and 1-0 in conference play. 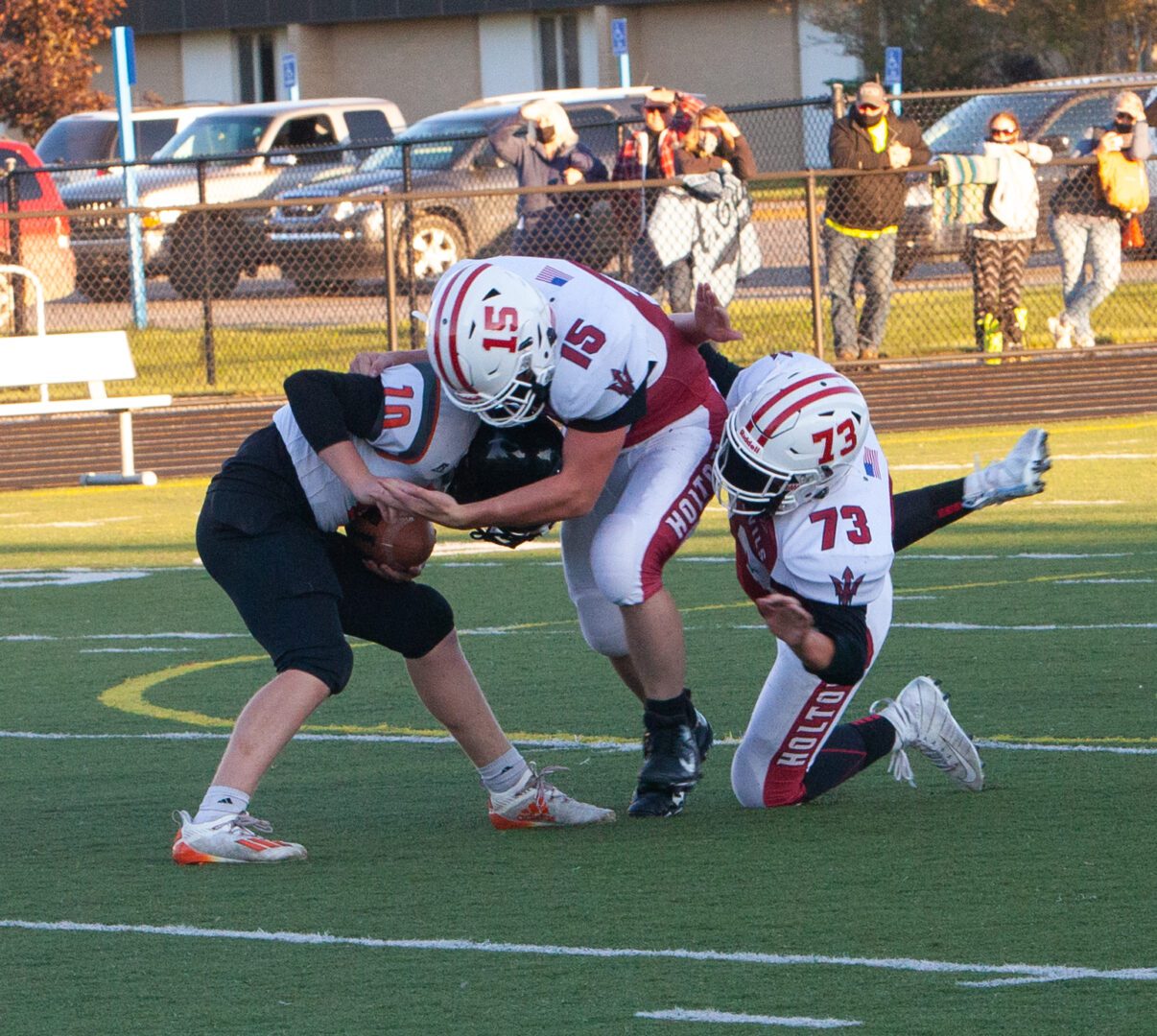 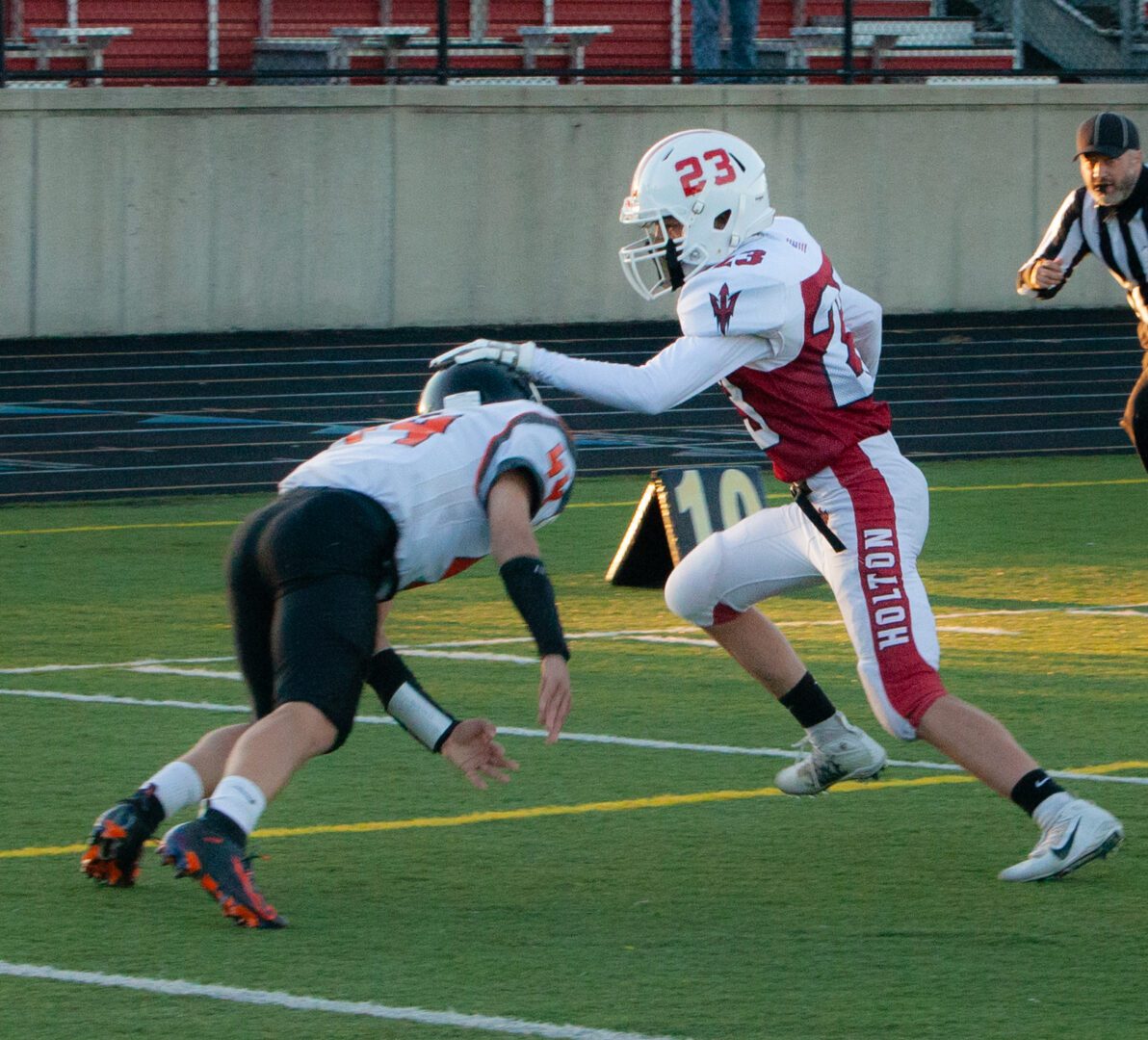 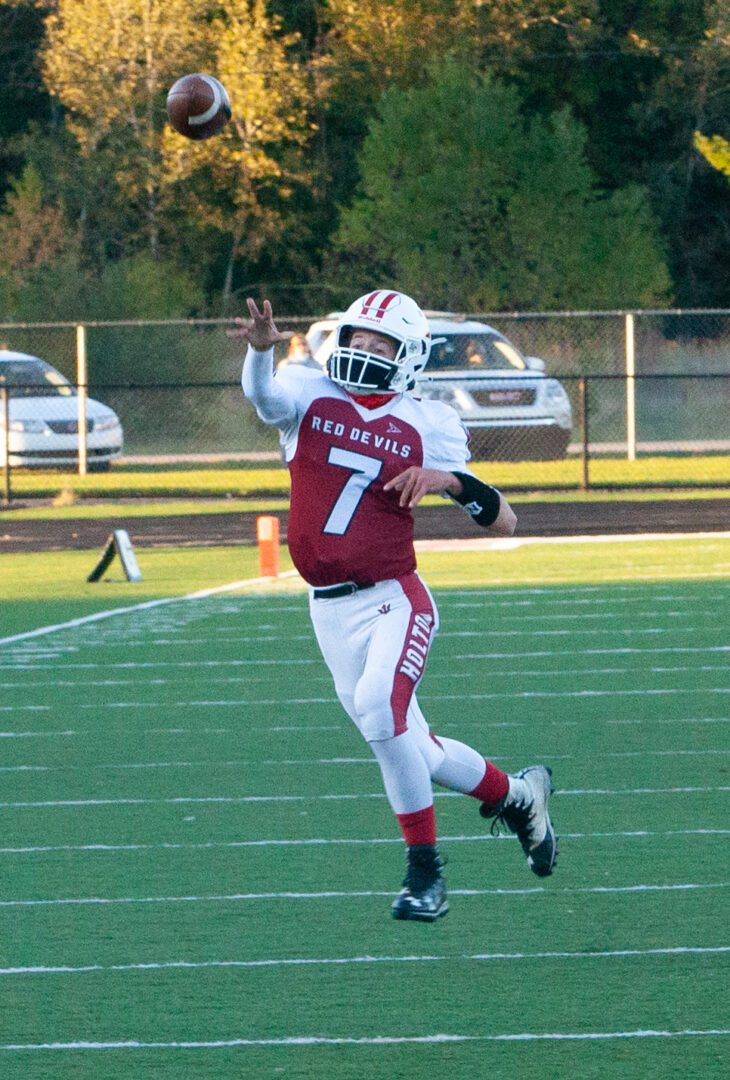 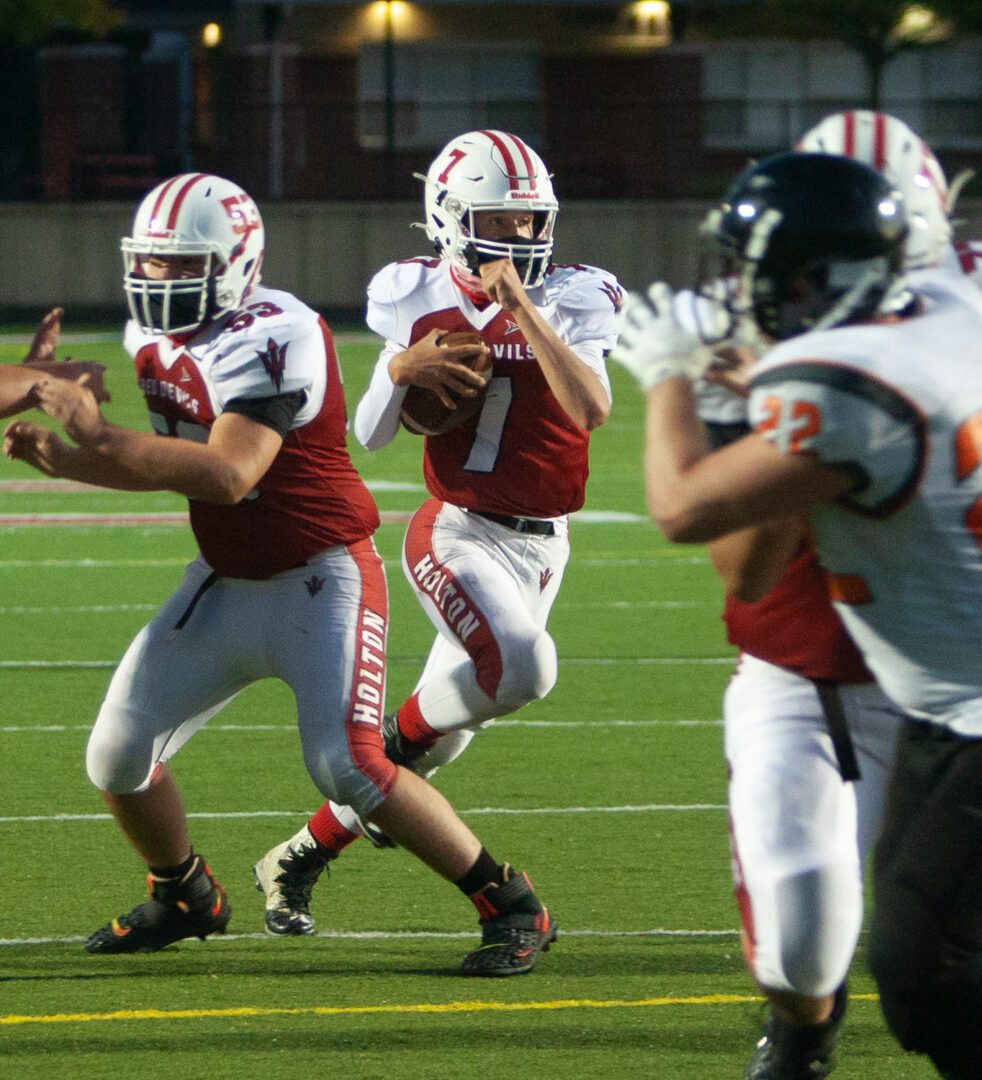 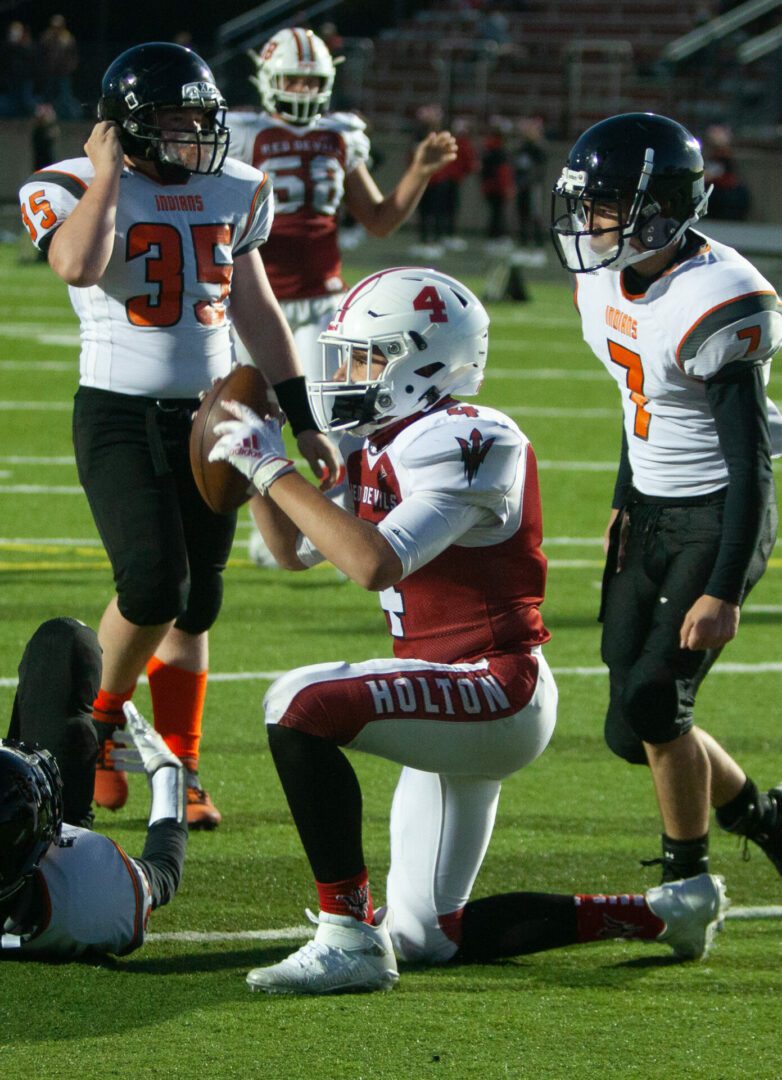 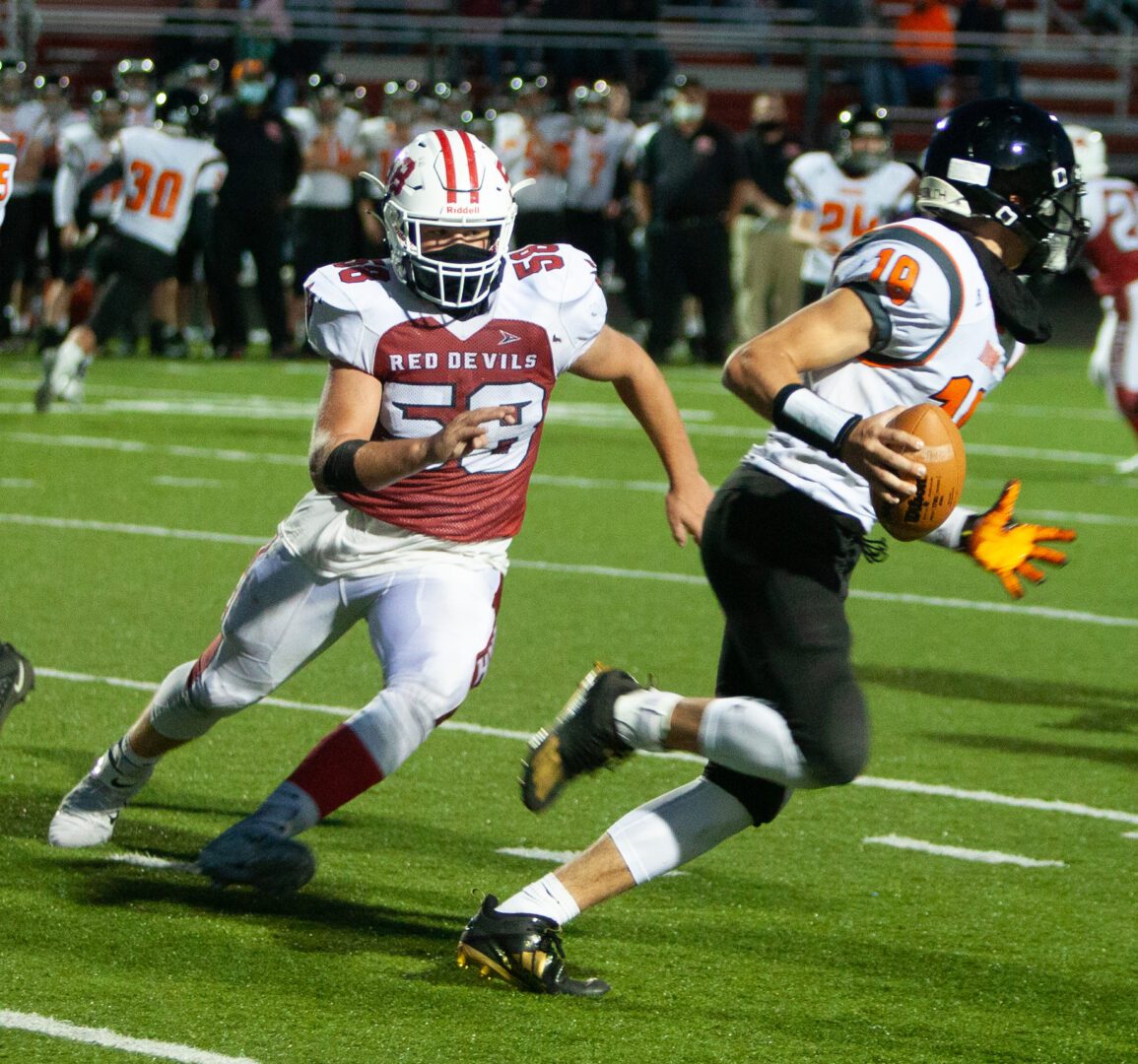 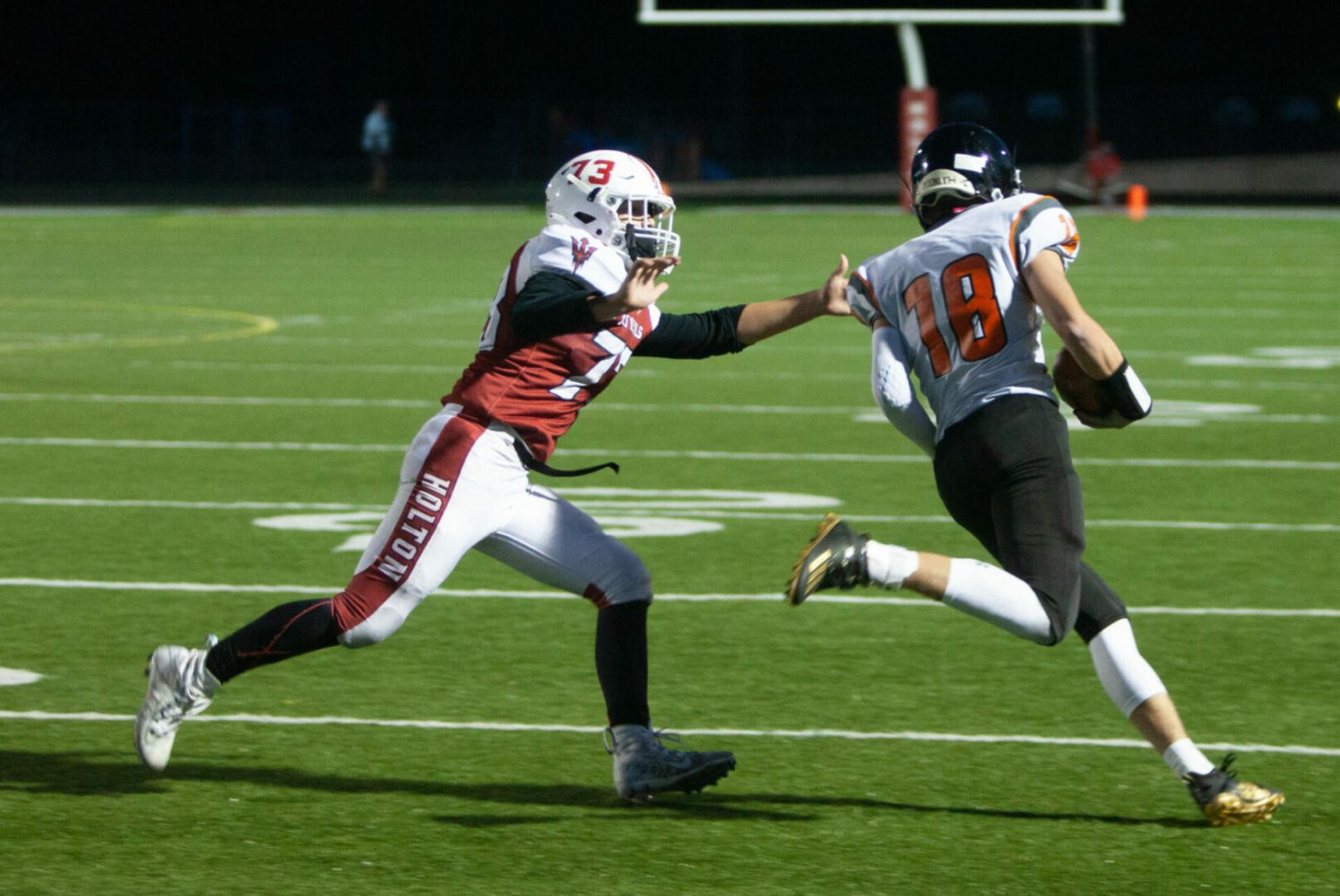 Muskegon Catholic overcomes turnovers, rallies down the stretch to secure a 22-12 victory in Division 8 regionals