For the past 13 years, either Mona Shores or Reeths-Puffer won the Greater Muskegon Athletic Association City Golf Tournament. The Sailors won 10 of those titles, including the 2019 crown, while the Rockets won three. 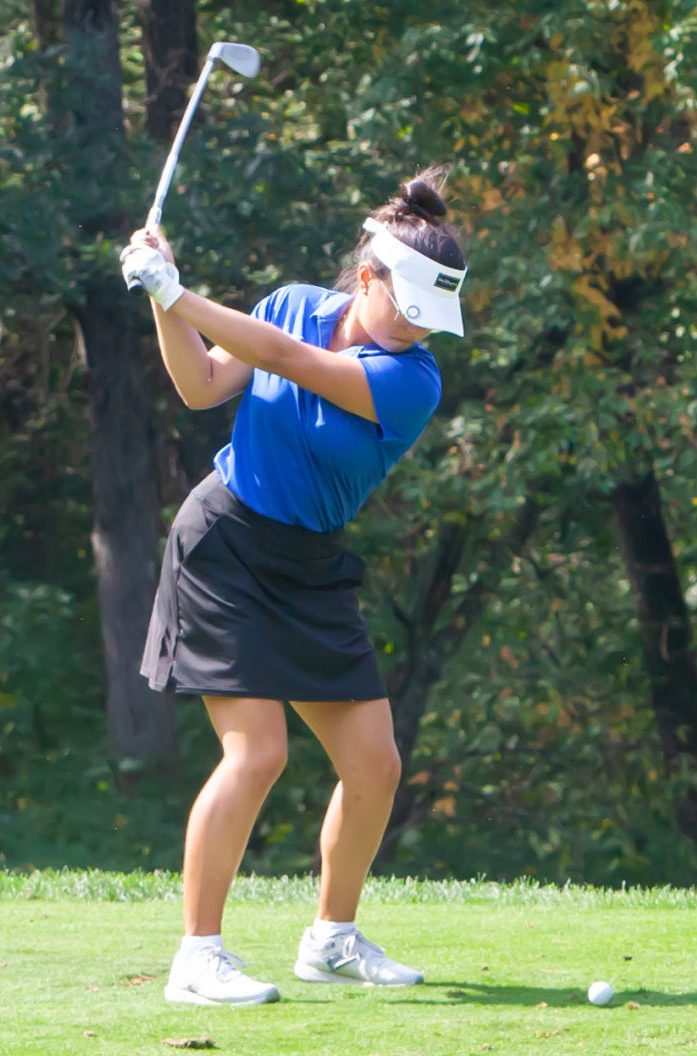 Orianna Bylsma drives on No. 17 for Montague. Photo/Jason Goorman

The Wildcats did not have the top golfer in the tournament. As expected, that turned out to be Whitehall’s Karlie VanDuinen, who continued her amazing season by winning the individual competition by two shots.

But Montague displayed more depth than any other team, placing five golfers in the top 10, and that was more than enough to secure the championship.

The top shooter for Montague was Megan Brown, who finished third individually with an 84. Her teammate Orianna Bylsma was sixth overall with an 89, Gabby Moreau was seventh with a 94, Mackenzie Goudreau was eighth with a 94, and Katie Unger was 10th with a 96.

“Our depth paid off again today,” said Montague Coach Phil Kerr. “Our five and our six were right up there with the top scorers. That’s been the story of our year.

“I’m real happy with the score that we shot. If you would have told me at the beginning that we would shoot a 361, I would have thought it would be a pretty stress-free day, but Whitehall really showed up and put the pressure on us and made it tough. We’re very happy to get the win, but hats off to them.” 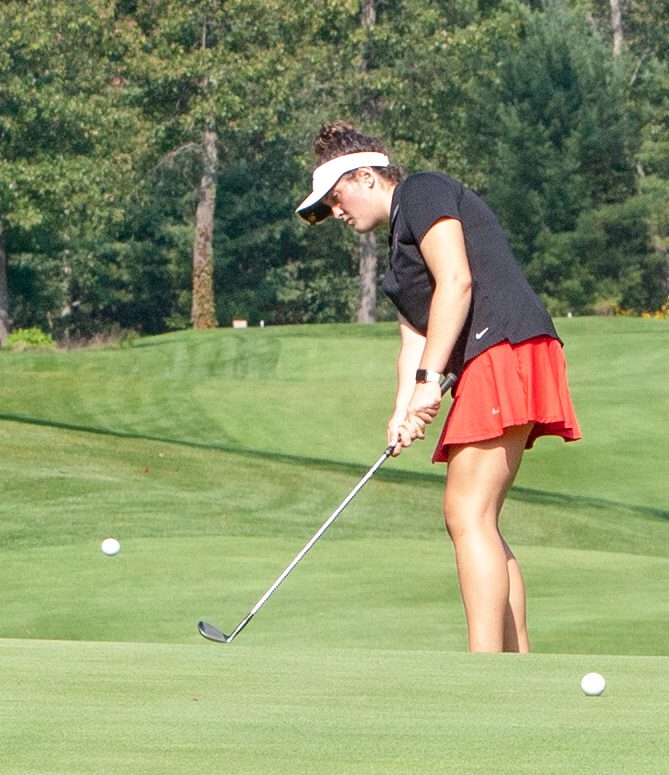 Carli VanDuinen chips onto the green for Whitehall. Photo/Jason Goorman

The championship was a huge accomplishment for the Montague girls golf program, which is only five years old, but has been improving in leaps and bounds. The Wildcats finished fourth at the Division 4 state finals last fall, but very much wanted to win the GMAA tournament so they could call themselves the best in the neighborhood.

“It’s all a credit to the girls,” Kerr said. “This is really pretty much a year-round program for them. They put in a lot of work. They all played in summer tournaments this year to get ready for this. We started looking at this tournament in June. One of our big goals was to show up and win this today. It feels like a relief right now, but we are very excited.”

Whitehall’s VanDuinen, a junior, was the individual medalist, shooting a 78 on the day. It was her second GMAA title, with the first coming two years ago when she was a freshman at Reeths-Puffer.

VanDuinen may have been shooting for her third consecutive championship on Wednesday, but she did not play high school golf last year.

She has placed first in all but two events that her team has competed in this year.

“She’s the real deal,” said Whitehall Coach Greg Boughton. “She hits the ball big. She works with Bill Borgman, one of the finest golf instructors on the west side of the state. He says she’s very good, but could be even better.” 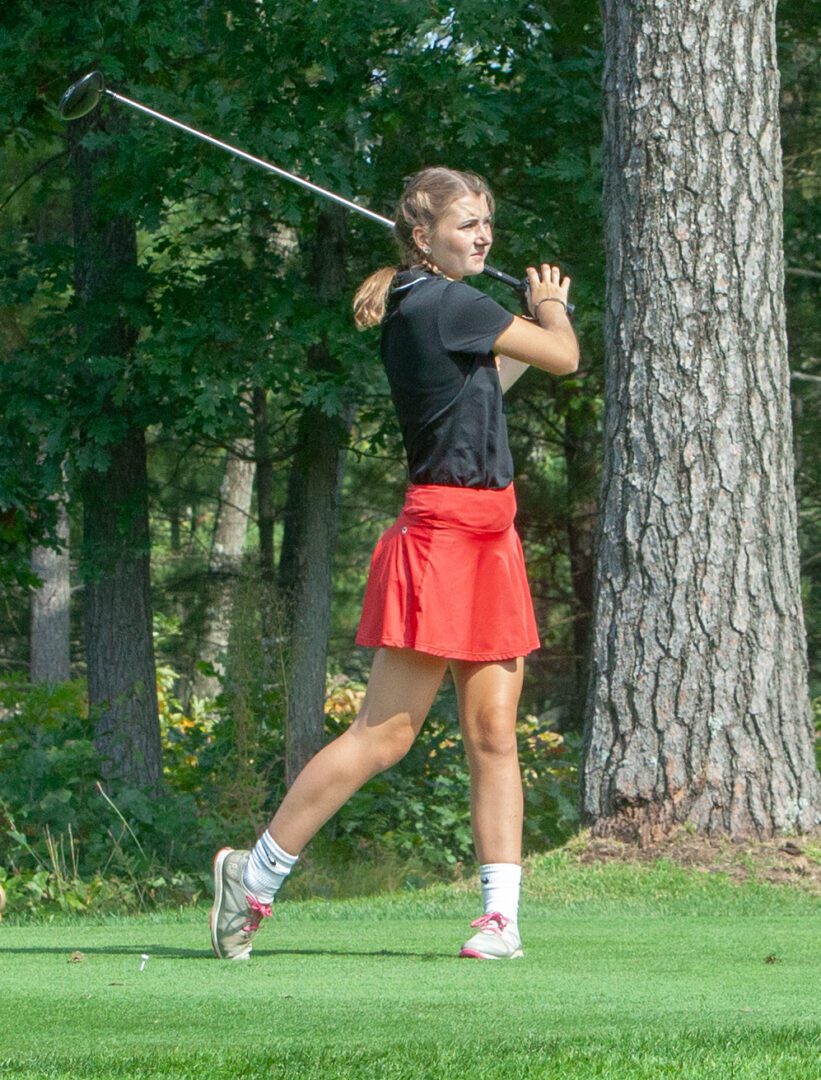 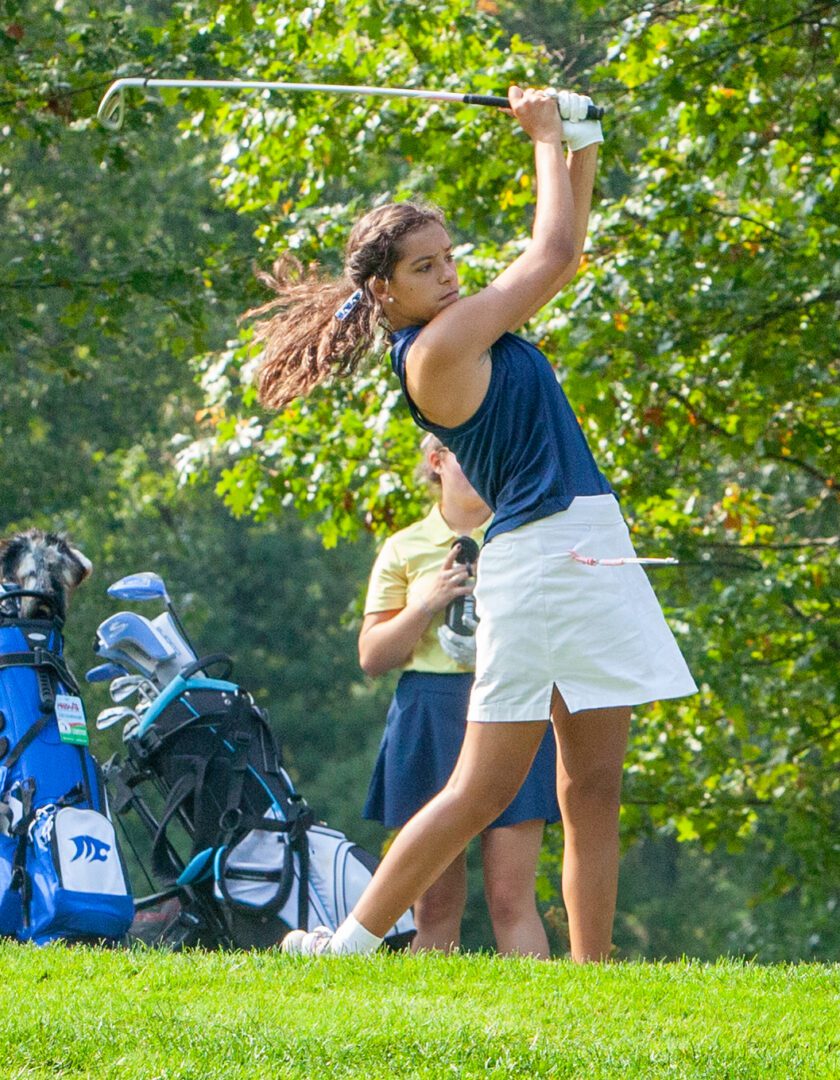 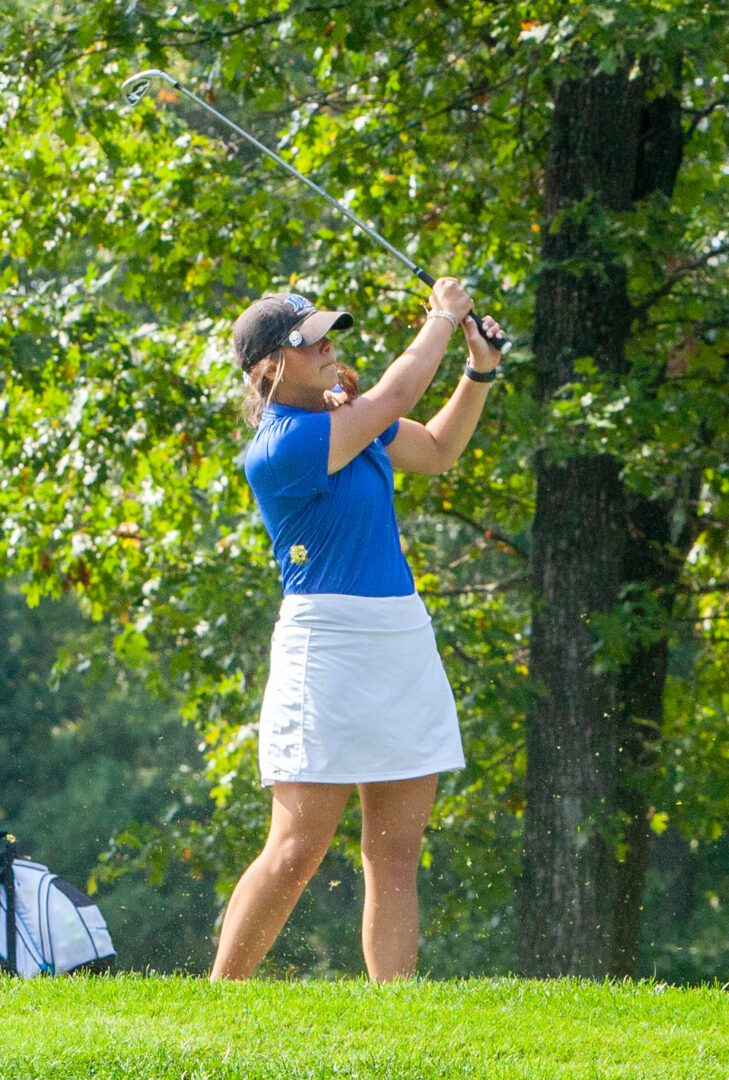 Gabby Moreau follows through after a shot for Montague. Photo/Jason Goorman 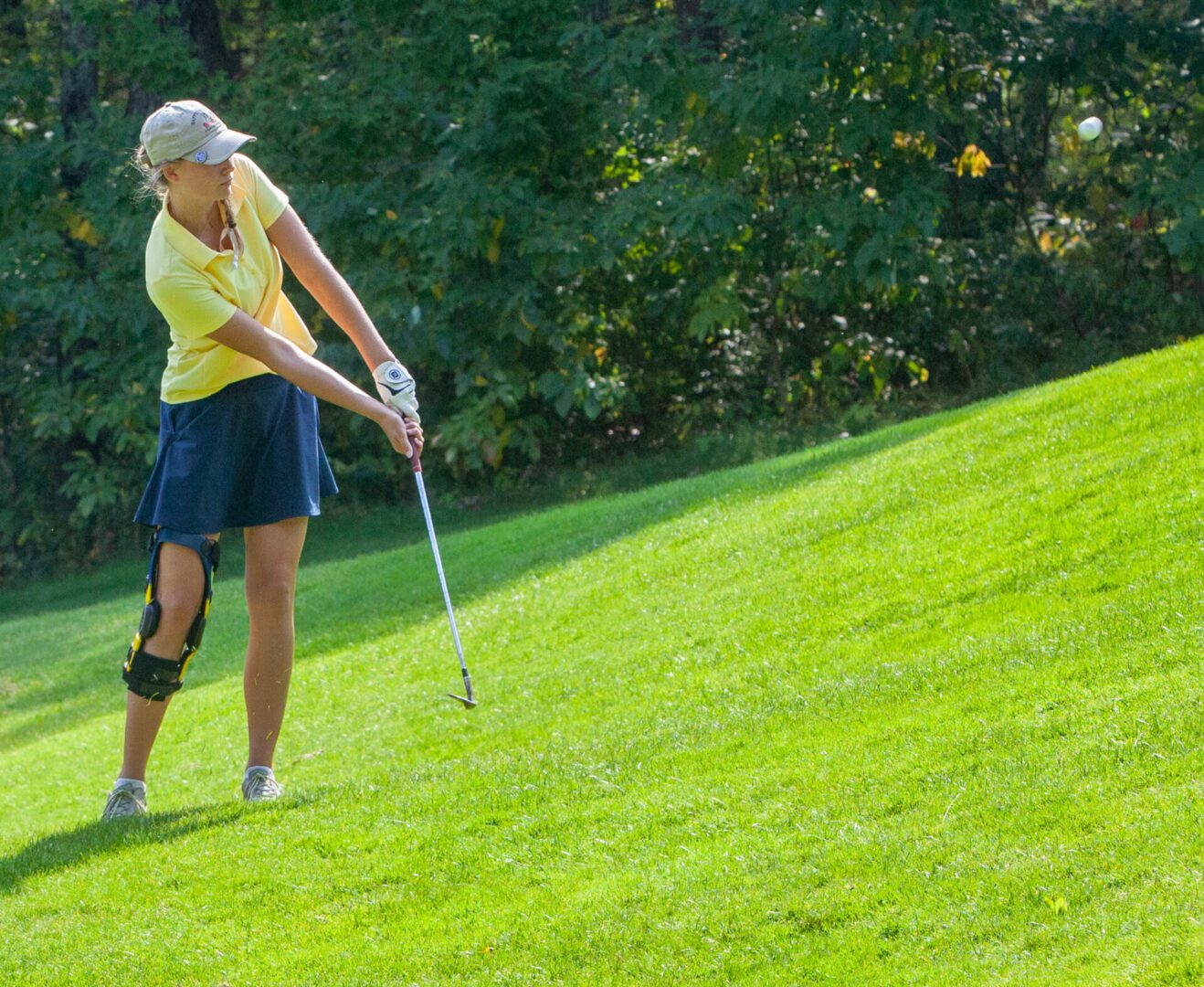 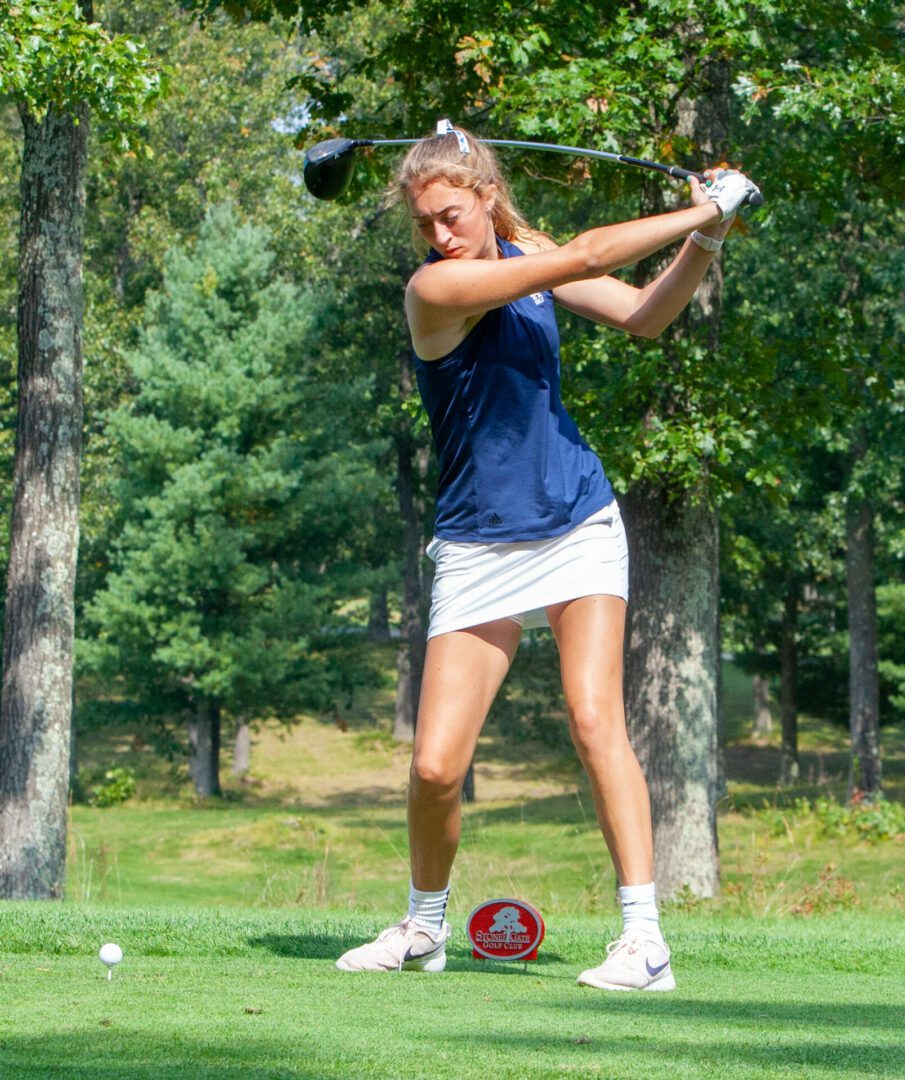 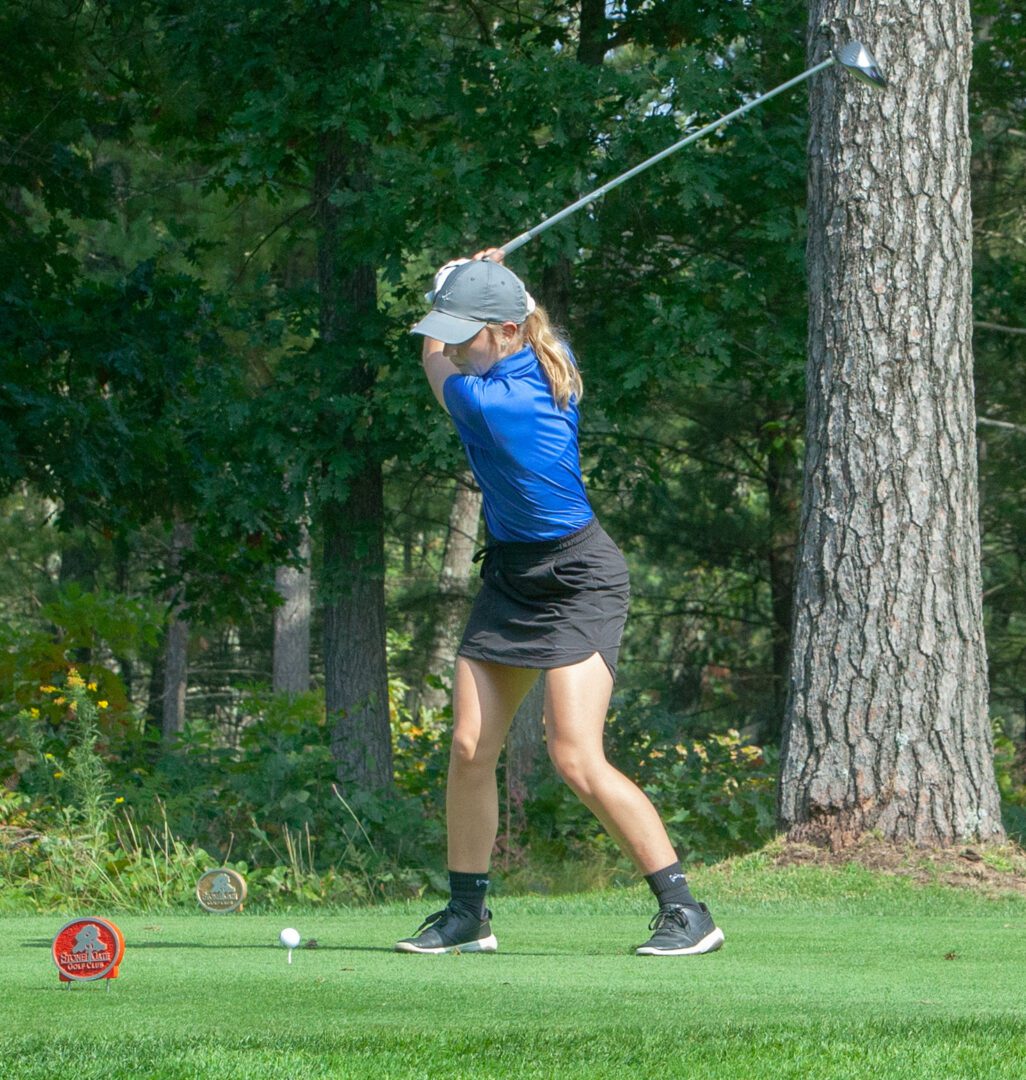 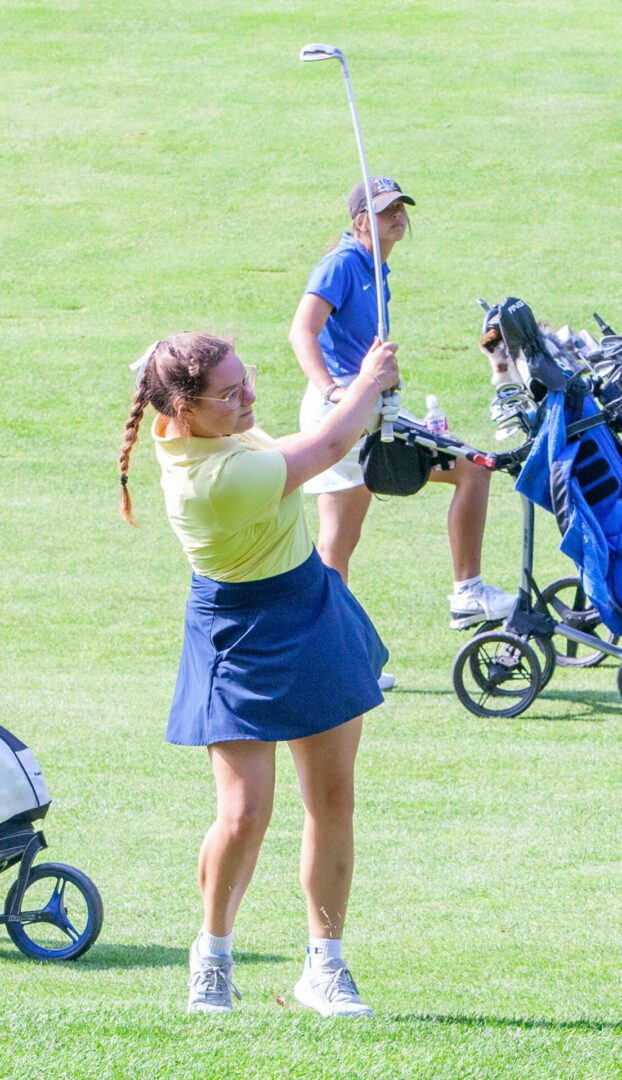