Montague standout RB Dylan Everett will be back on the field this season, despite scary knee injury

One example is the nickname he gave junior running back Dylan Everett – House Cat – which came about during a game film review.

“Coach Kater is the one that comes up with some pretty off-the-wall nicknames,” said Montague head coach Pat Collins. “With Dylan, he was sitting down with his head on the desk while we were watching film, and Coach goes, ‘If you’d pay attention a little better, we wouldn’t have to keep going over this. You’re sitting there looking like a house cat. 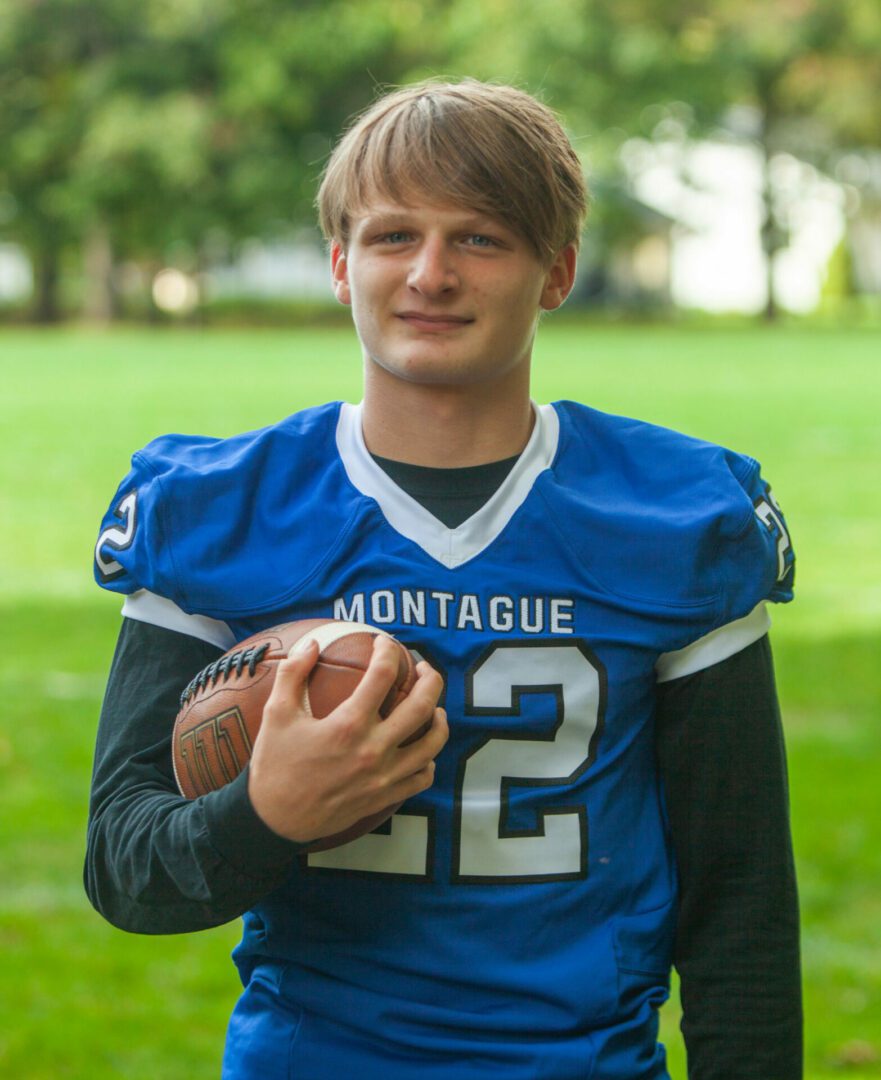 “I didn’t think he really looked like that, but it stuck and the rest of the guys picked it up. Now, everyone calls him that.”

The ironic part is that Everett may have nine football lives, after dodging a potential season-ending injury during the Wildcats’ impressive 42-6 victory over West Michigan Conference rival Oakridge last Friday.

Late in the third quarter, while covering a kick return on special teams, Everett took a shot to his left knee from an opposing helmet and said he heard a “pop.”

“I felt like it was going to be a complete tear,” Everett said. “I’d never had anything happen to that knee before.”

With agony on his face, Everett limped over to the sideline and remained there for the rest of the contest with an ice bag on his knee. It was a cruel ending to what had been an outstanding performance by the Wildcats’ running back and cornerback.

He had provided outstanding coverage in the Montague secondary, which included a third-quarter interception, but Everett really made his mark running the ball, totaling 136 yards on 19 carries and two touchdowns before his injury.

Feeding off the defensive attention directed at quarterback Drew Collins, who is another running threat, Everett found lanes with a tremendous burst that the Eagles could not contain. Neither could Hart in Montague’s season-opening game, when Everett rushed for 159 yards and scored three touchdowns.

After the Oakridge game, Coach Collins called Everett the player of the game. He said the Wildcats could adjust if Everett missed significant time, but he hoped it would not be for long. 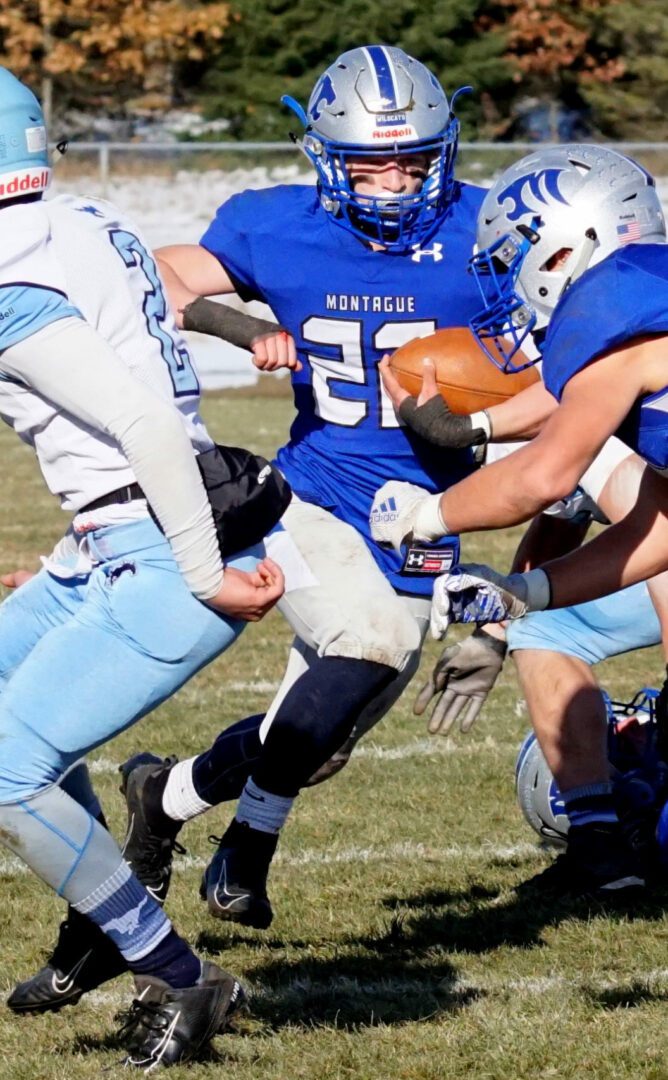 “We feel like that’s a huge loss that we can’t replace fully, but we can mold our team and try to be a little bit of a different team without Dylan,” Collins said. “We’ll be praying for him, hoping he’s OK, because he’s a great kid.”

Fortunately those prayers were answered when an MRI earlier this week revealed positive news for Everett. He suffered a slight tear of his Medial Collateral Ligament, and will have to miss just 2-4 weeks of action, including Friday’s game against Ravenna, but not the entire season.

“It was definitely a relief,” Everett said.

Everett burst onto the scene last year as a sophomore, impressing the varsity coaches enough to warrant a position change. Senior Johnny Monette was shifted from running back to slot receiver, giving Everett the chance to showcase his skills at running back in 2019.

Everett didn’t disappoint all season, rushing for 772 yards on 139 carries (5.6 yards per carry) and scoring 12 touchdowns.

“With sophomores, we try to keep the concepts and their responsibilities a little simpler,” Coach Collins said. “But we knew Dylan had so much pop in his cuts, and he’s just got that combination of quickness and burst that sets him apart.

“Once he took over (at running back), our offense improved significantly.”

Everett credited his emergence to his dedication in the weight room, especially with the Montague power lifting squad. Last year he finished fourth in the state in his class in power lifting.

Everett has also improved his speed by competing in track, where he excelled in long jump and in the 100-meter dash as a freshman. He narrowly missed out on qualifying for the state finals in the latter event.

But football, he said, is his “main sport,” and something he’s loved since his pee wee days. His dedication has resulted in growing interest from coaches at the next level, including Kalamazoo College, Davenport University and Hope College.

But first things first. Once he returns to the field, Everett said he will eagerly help his teammates try to achieve their goal of making the state finals and bringing home the trophy. Montague  almost made it to the finals last year before losing to Maple City Glen Lake in the semifinals in overtime.

A state title, for Everett, would be the house cat’s meow.

“Anything is possible,” he said. “Right after that Glen Lake loss, the seniors knew changes were coming. They got a hold of everyone and said, ‘Next week, we’re all hitting the weight room.’ This group wants to take that next step.” 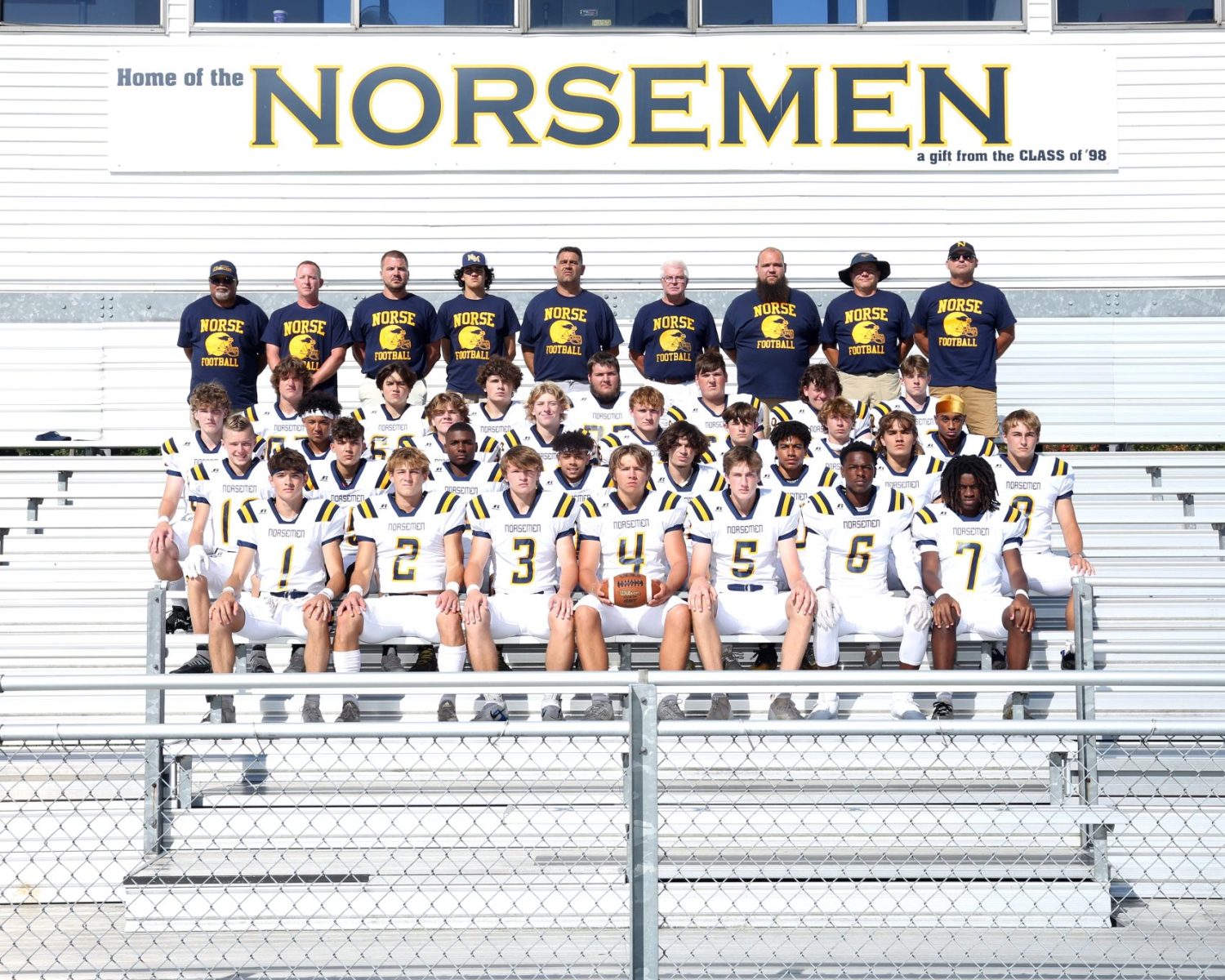