NORTH MUSKEGON – When you think of successful volleyball teams in the West Michigan Conference in recent years, Montague and Whitehall come to

But now North Muskegon has entered the conversation as a contender for the conference crown. 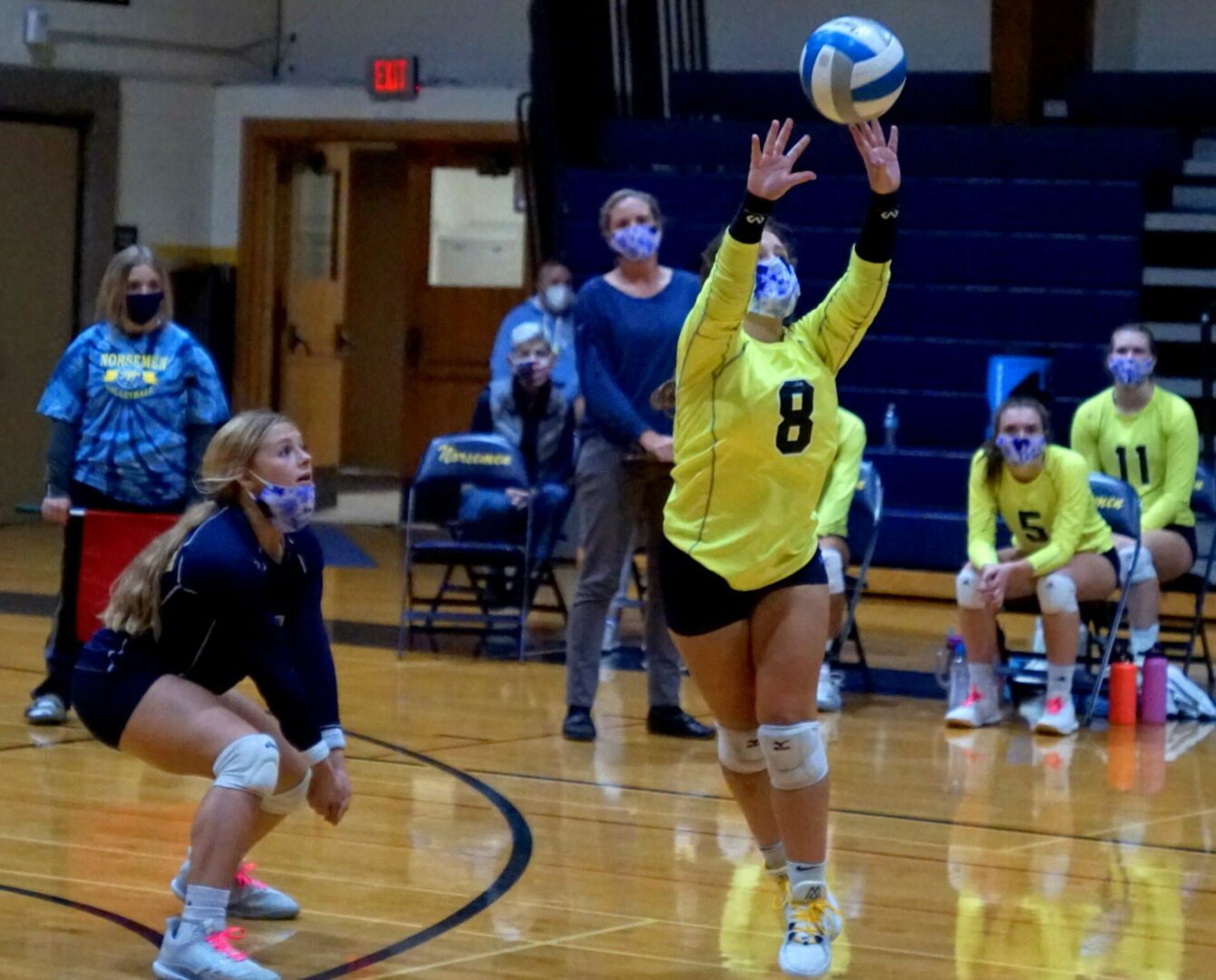 North Muskegon’s No. 8 Emily Judd on a set. Photo/Leo Valdez

The Norse entered Tuesday night’s match unbeaten in conference play, and remained that way after a hard-working four-set victory over Hart.

“We have to work on consistency,” said North Muskegon Coach Heather Claussen. “When we play together and consistently, we can play with anyone.”

The Norse could only cut their deficit to five points at 23-18 before Hart scored the final two points to take the opening set.

“We just made a ton of unforced errors,” Coach Claussen said about her team’s rough start. “It’s hard enough to play against another team, but when you’re playing against yourself to it’s hard to win anything.” 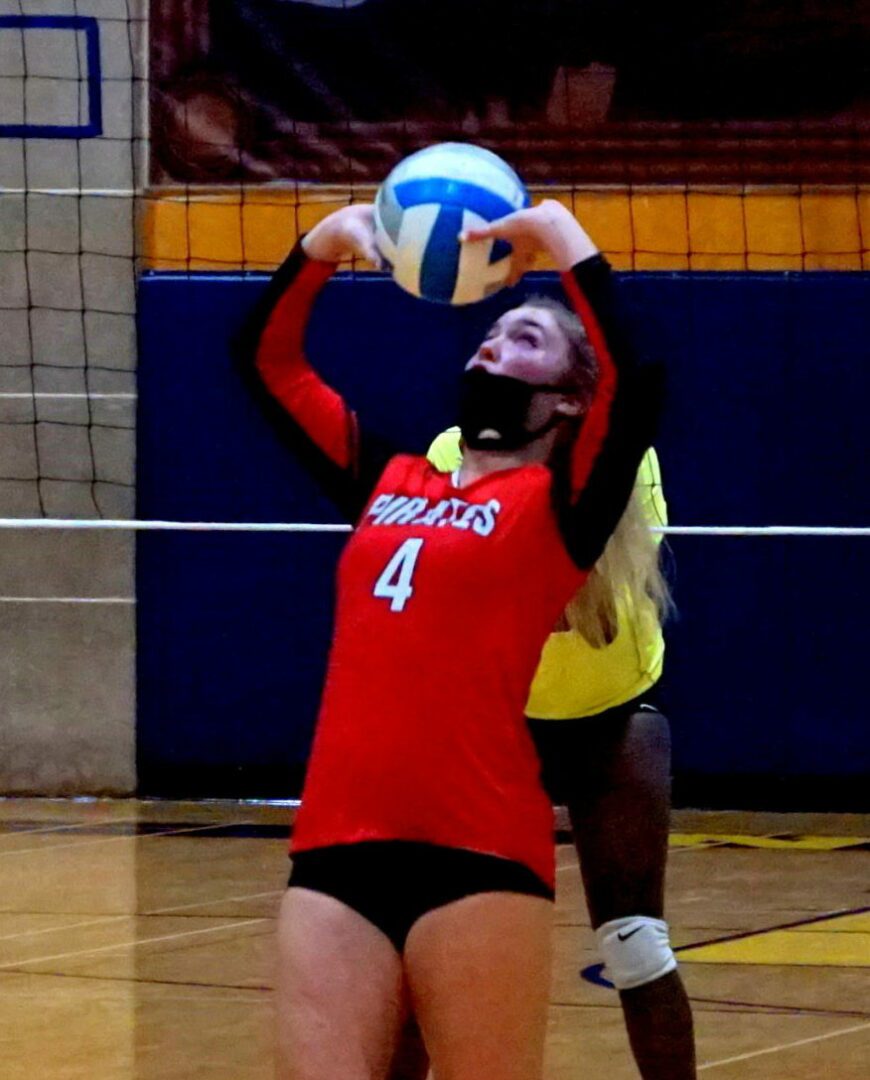 North Muskegon rebounded in a big way in the second set, allowing Hart to score just four points. The Norse closed out the match with a 23-1 run after trailing 3-2 early on.

The Norse continued where they left off in the third set, jumping out to a 4-0 lead. The teams then exchanged seven points apiece to make the score 11-7.

North Muskegon finished the set by going on a 14-5 run, with strong service runs from Emma Houseman, Fairfield and Megan Houseman.

The Pirates bounced back early in the fourth set, jumping out to a 6-1 lead on a strong service run by Cassidey Copenhaver. Hart ran its lead to 14-10 before the Norse went on an 8-0 tear to take an 18-14 advantage.

Hart cut its deficit to two points at 20-18 before the Norse scored five of the final seven points to sew up the set and the match.

“We struggled with communication in coverage,” said Hart coach Amanda VanSickle. “North Muskegon found our holes and picked us apart and we lost it from there.”

The Norse were led offensively by Fairfield with 22 kills and three aces while Emma Houseman had 10 kills and 26 assists.

The Pirates were led by Rylee Noggle with eight kills while Copenhaver had seven. Finley Kistler chipped in with 19 assists.

Copenhaver had 15 digs to pace Hart defensively while Kistler and Ariana Borrego had 10 apiece. 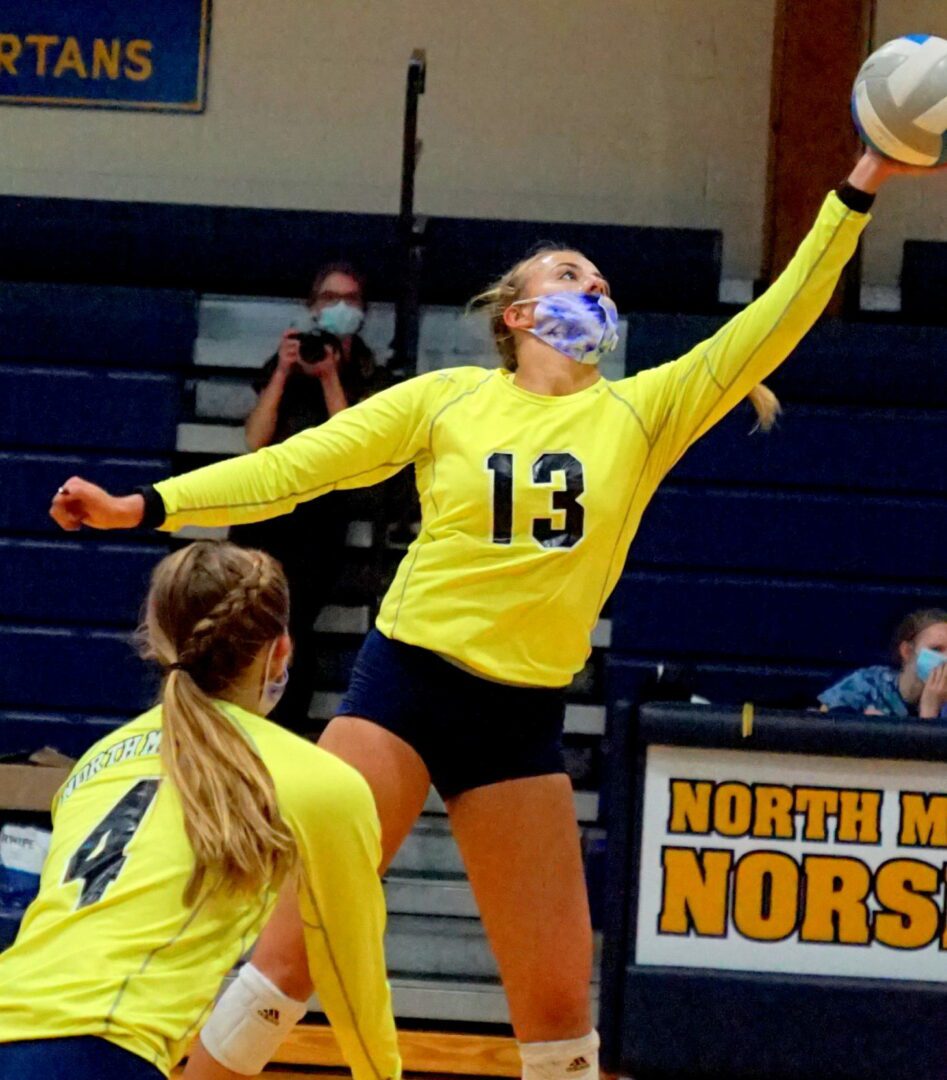 Syann Fairfield makes a play at the net for the Norse. Photo/Leo Valdez 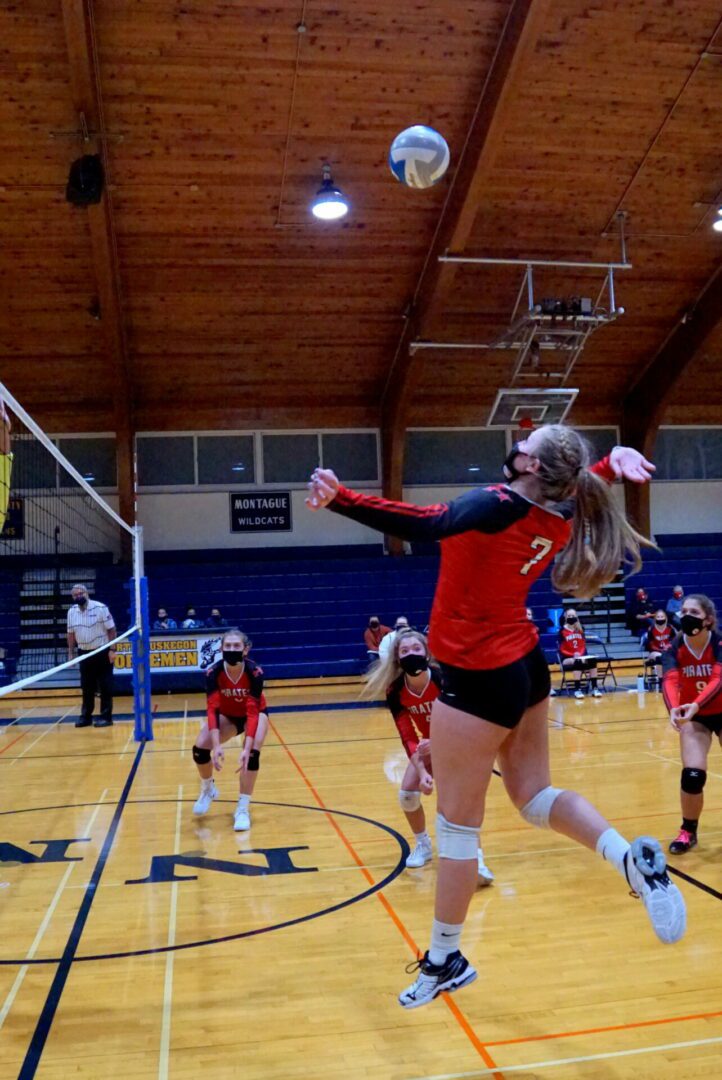 Hart’s Cassidey Copenhaver goes up for the kill. Photo/Leo Valdez