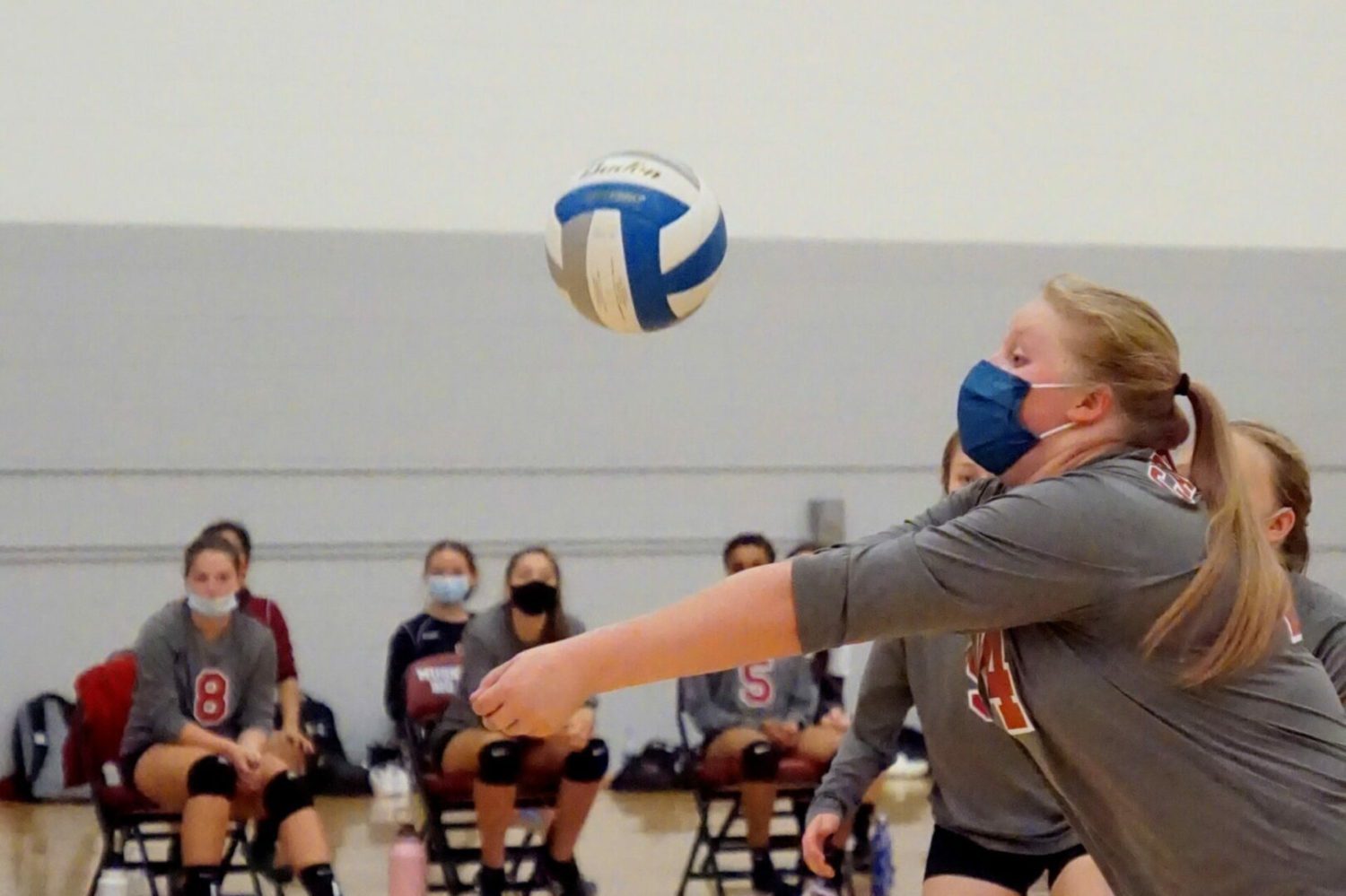 MUSKEGON – The Orchard View and Muskegon volleyball teams have both been struggling to find their way this season, with victories hard

They went head-to-head on Tuesday in a non-conference matchup, with a chance for one of them to get a much needed win and perhaps start to build some momentum. 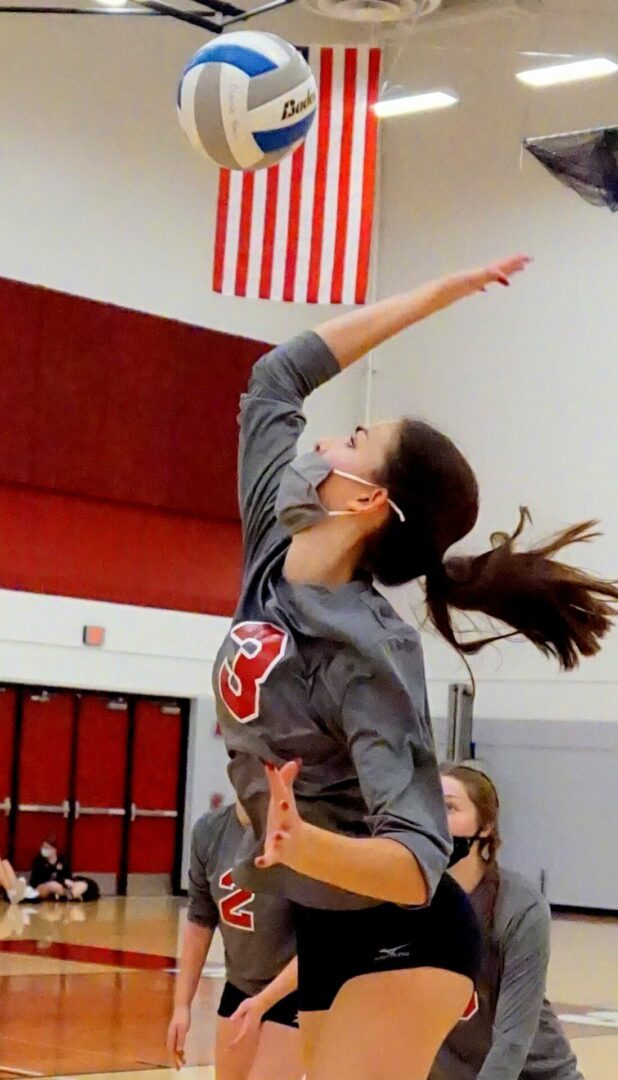 The Cardinals improved to 2-5 on the season.

“We are trying to make our game better,” said OV coach Kari Edens. “We are making sure to do better in our serving game, and we would like to play better defense. It is just a matter of putting the ball away, and we did a better job at that tonight.

“We graduated six seniors last year, and now we are trying to create a volleyball program by getting more girls interested and making this a volleyball school.”

The first set was tied 1-1, 6-6 and 7-7 before OV pulled away. The Cardinals led 14-11 before rattling off six straight points on a service run by Aleya Jones to take a commanding 20-11 lead that they never relinquished.

Orchard View never trailed in the second set. The Cardinals jumped out to a 9-4 advantage, the Big Reds cut their deficit to 10-9 with a nice service run by Iyana Brooks, then OV closed the set with a 15-8 run. Strong service runs by McKenzie Covington, Maranda Baker and Haley DeWeerdt made the difference down the stretch.

Muskegon had its biggest lead of the contest – 2-0 at the beginning of the third set –  but the Cardinals responded with an 11-2 burst on service runs by Baker and Jones to take a commanding 11-4 lead.

The Cardinals led 15-7 before Covington served up three aces in a row to increase their advantage to 18-7. Ali Storck sealed the victory for OV by serving back-to-back aces.

Muskegon, now 0-8 on the season, and was led by Kailyn Nash with six kills and 13 digs while Taylor Carson chipped in with 12 assists.

“We work on never giving up,” said Muskegon coach Kammi Eacker. “Our team motto is ‘Muskegon hustles harder,’ and we are just trying to be the hardest working team. As for tonight our problem was, we just beat ourselves.” 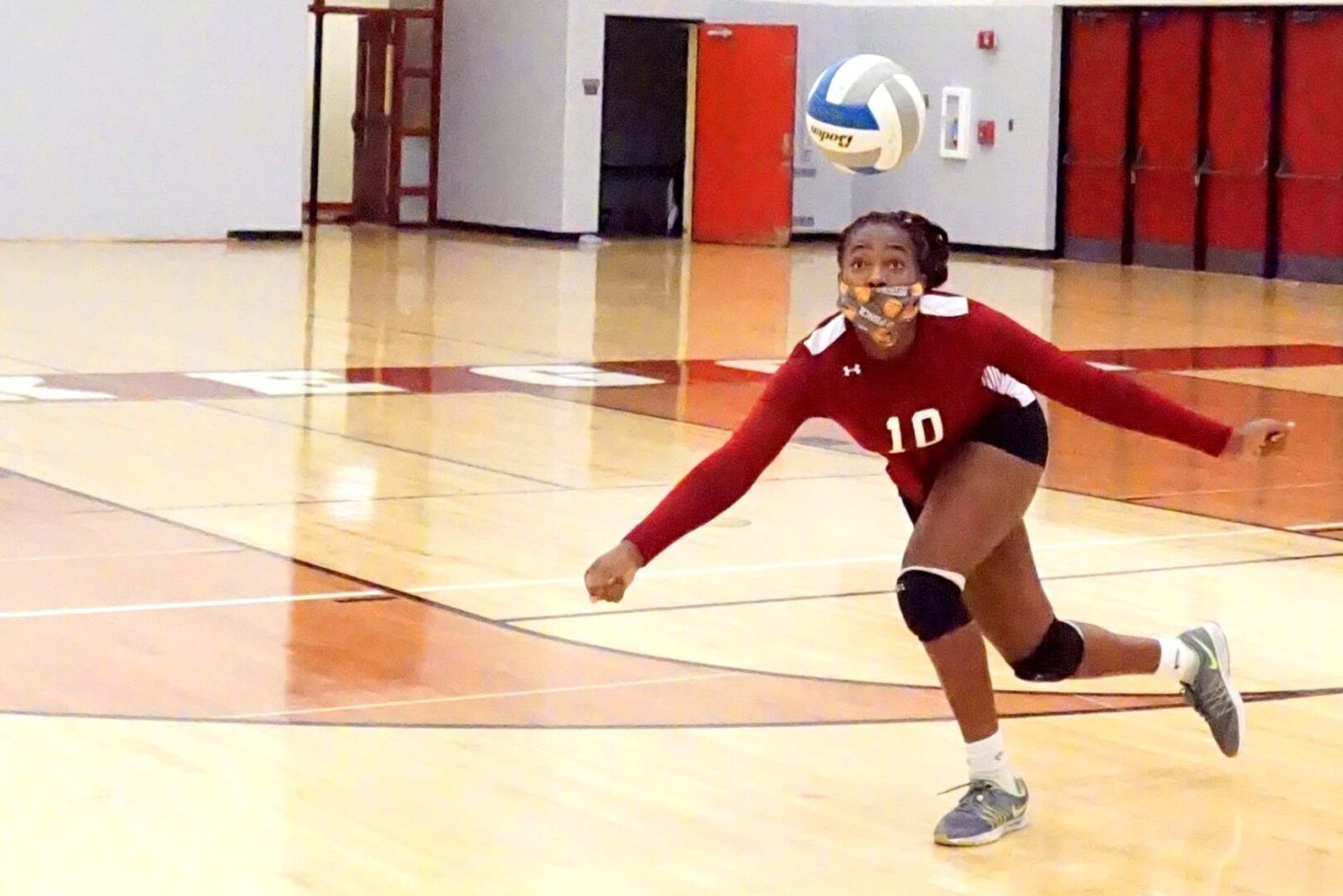 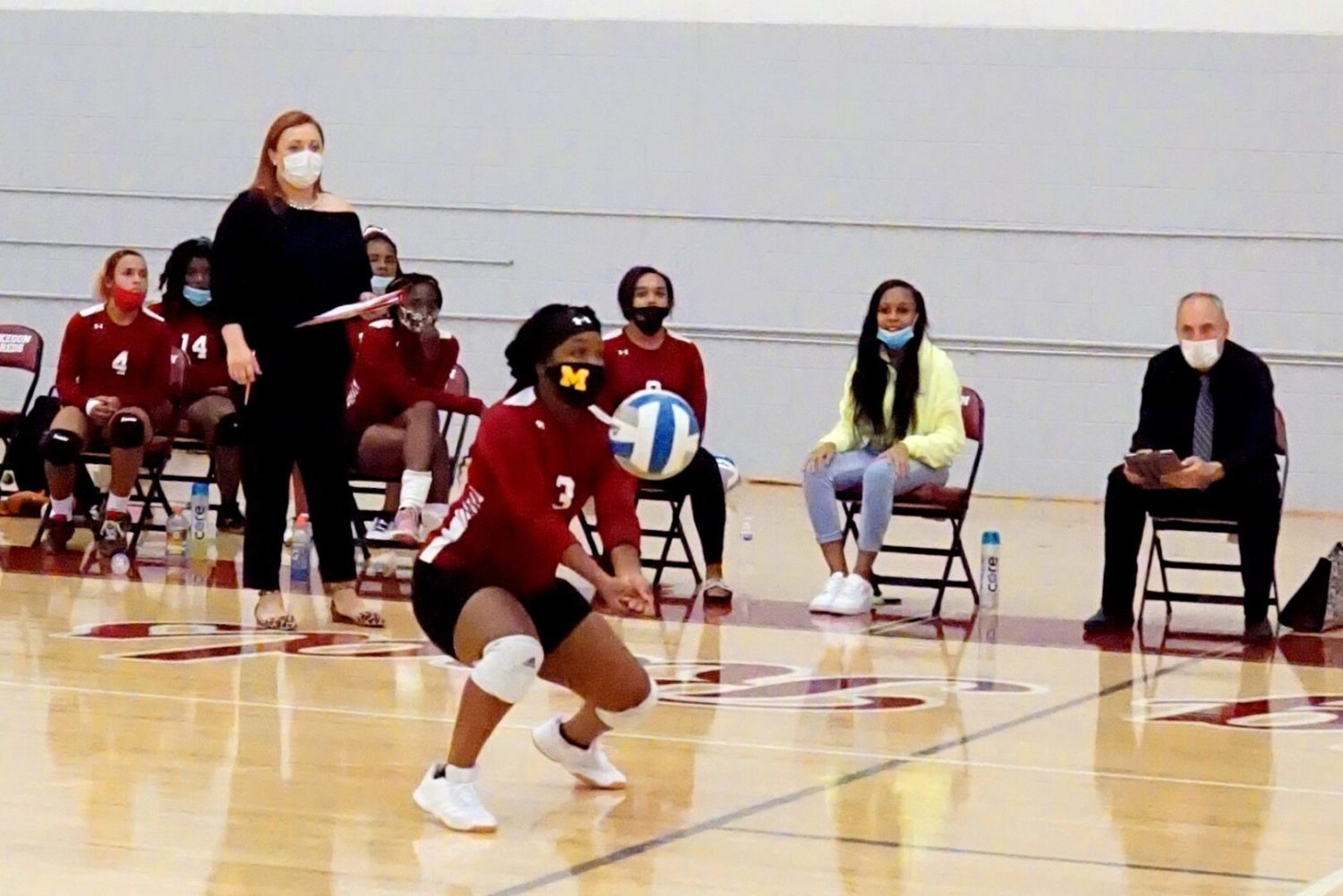 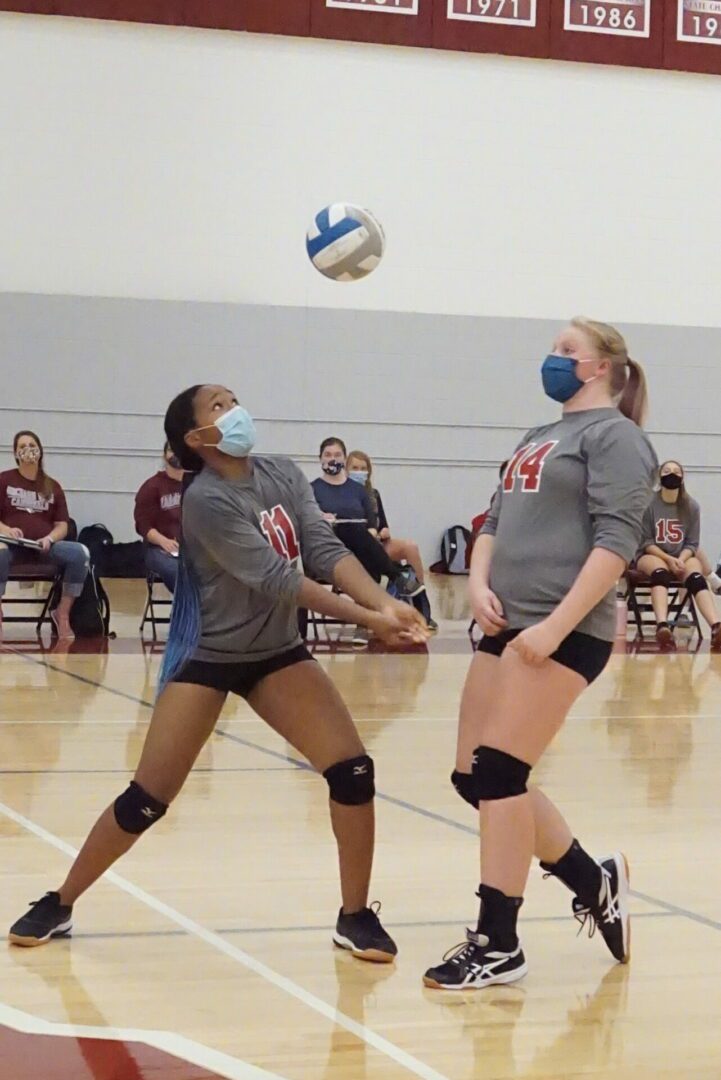 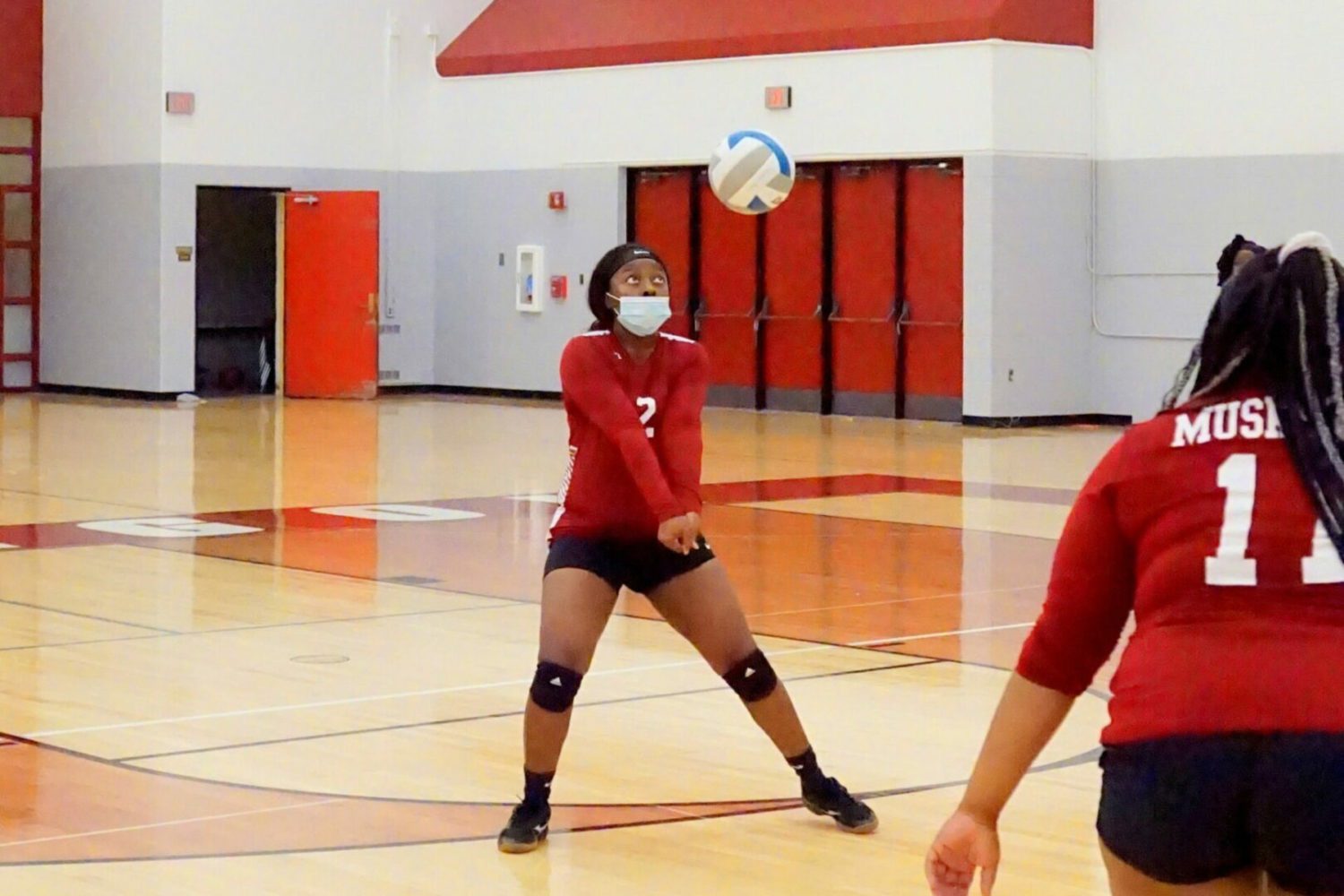