MONTAGUE – In 2014, Phil Kerr became coach of the Montague boys golf team, and in each of his first two seasons he had a girl on the

roster, because the school did not offer girls golf.

Two years later Kerr started the Montague girls golf team, because he noticed several others who were eager for a chance to play their sport at the high school level. 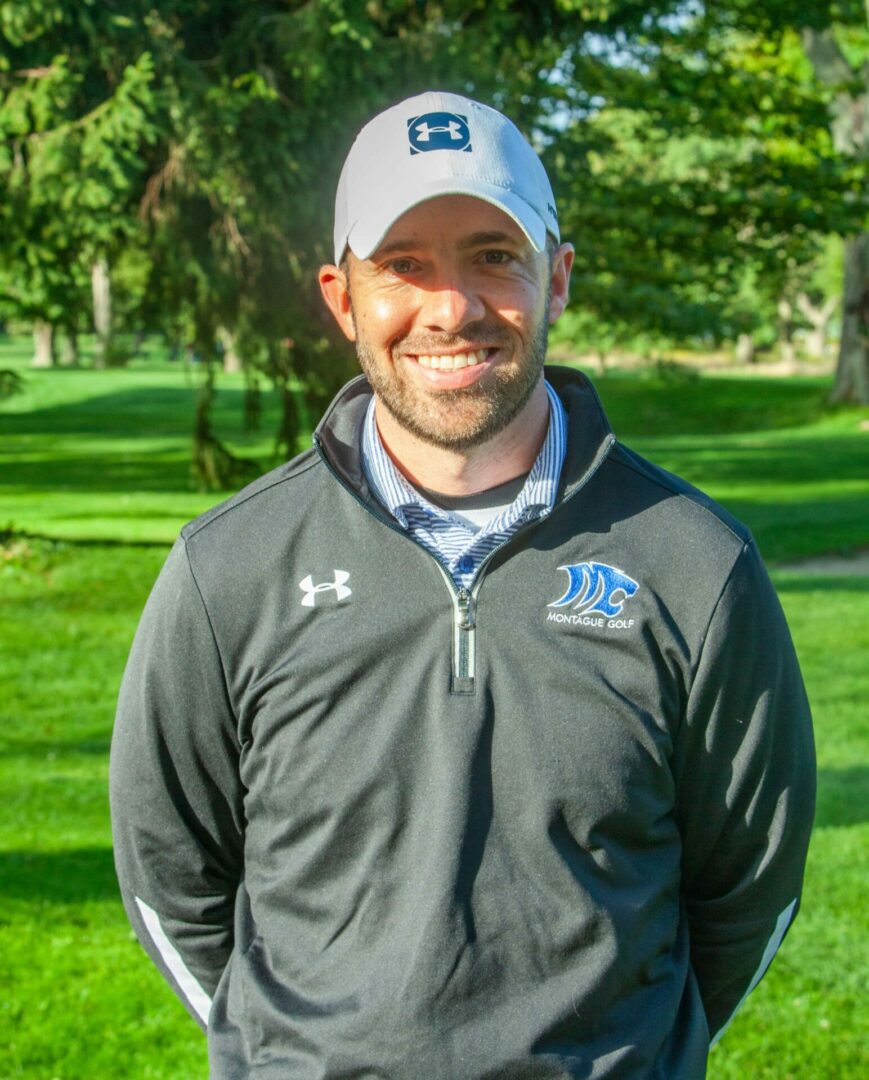 The new team was small and not very good for the first couple of years, which is not unusual for new programs.

But the team’s progress has been rapid and impressive over the past three years, in terms of participation and success.

In 2016 the team only had seven players, and they were mostly seniors who had never played at the high school level before. This fall the Wildcats have 17 players and field two complete varsity teams – the Montague A squad and B squad.

The A team is one of the best in the area, and probably the state.

Playing against some of the top competition around, the Wildcats are 4-0 in dual meets, and have finished in the top three in every tournament they have played so far, usually against at least a dozen opposing teams, including many from far bigger schools.

Montague qualified for the Division 4 state finals for the first time last year and finished fourth, which was pretty amazing for a four-year-old program. The Wildcats are obviously hoping to finish even closer to the top this year – and maybe even win a state title – but there is a lot of business to conduct before that.

Their most immediate challenge comes on Wednesday, when they hope to win their very first Greater Muskegon Athletic Association City Golf Tournament championship. The action begins at 9 a.m. at Stonegate Golf Club in Twin Lake.

Winning the tournament will not be easy, going against several very strong local teams like defending champion Mona Shores, archrival Whitehall and North Muskegon. But the Wildcats think they may be ready to lay claim to being the best in the area, after finishing third behind Mona Shores and Whitehall last fall. 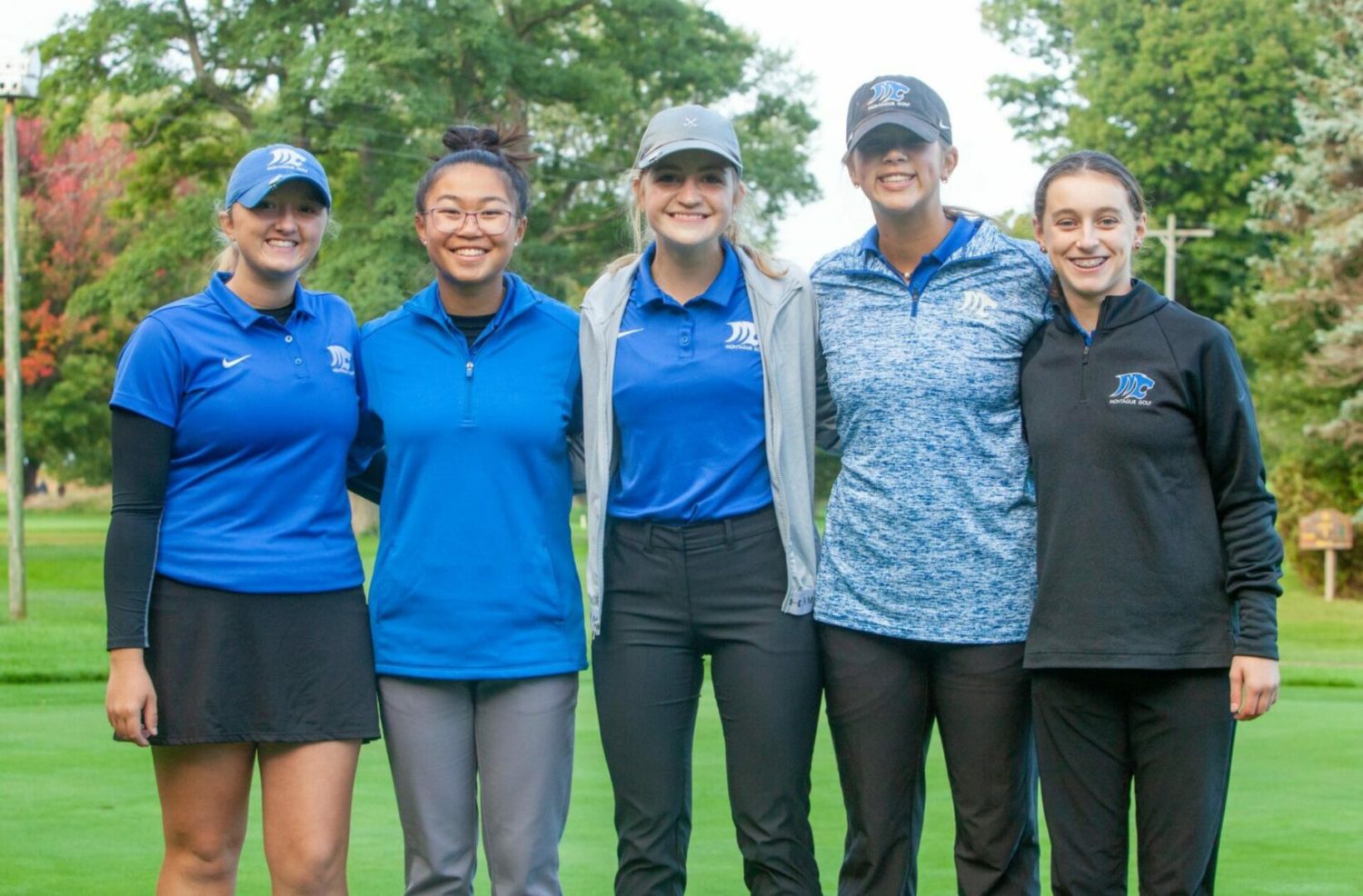 “We are taking it one step at a time,” said Coach Kerr, who is a math teacher at Montague High School. “We definitely want to get back to state and have another good showing, but right now we are focused on doing well (at the city tournament). We know Whitehall and Mona Shores are going to be tough, but we believe we have a good shot at it.”

Senior Megan Brown, a fourth-year varsity player, has watched her team improve in leaps and bounds in recent seasons, and believes it may be ready to beat out the established local powers.

“In my freshman year I’m pretty sure we were among the last couple teams (in the city tournament standings), then last year we finished behind Mona Shores and Whitehall, and we have beaten both of those teams this year, so I think we have the potential to win it,” Brown said.

One factor going in Montague’s favor is experience. This year the Wildcats returned four of their top five shooters from the team that finished fourth in the state last year – Brown,  junior Orianna Bylsma, senior Katie Unger and junior Gabby Moreau.

Freshman Mackenzie Goudreau is averaging a 94, followed by Moreau and sophomore Natalie Kellogg, who are both averaging 95.

Unger, who had the team’s second-best score at the state finals last year, got off to a rough start this season and is averaging a 97. But she has accelerated her performance recently, shooting an 86 at the Wildcat Invitational last week, and Kerr expects her to be a big part of the lineup through the rest of the season. 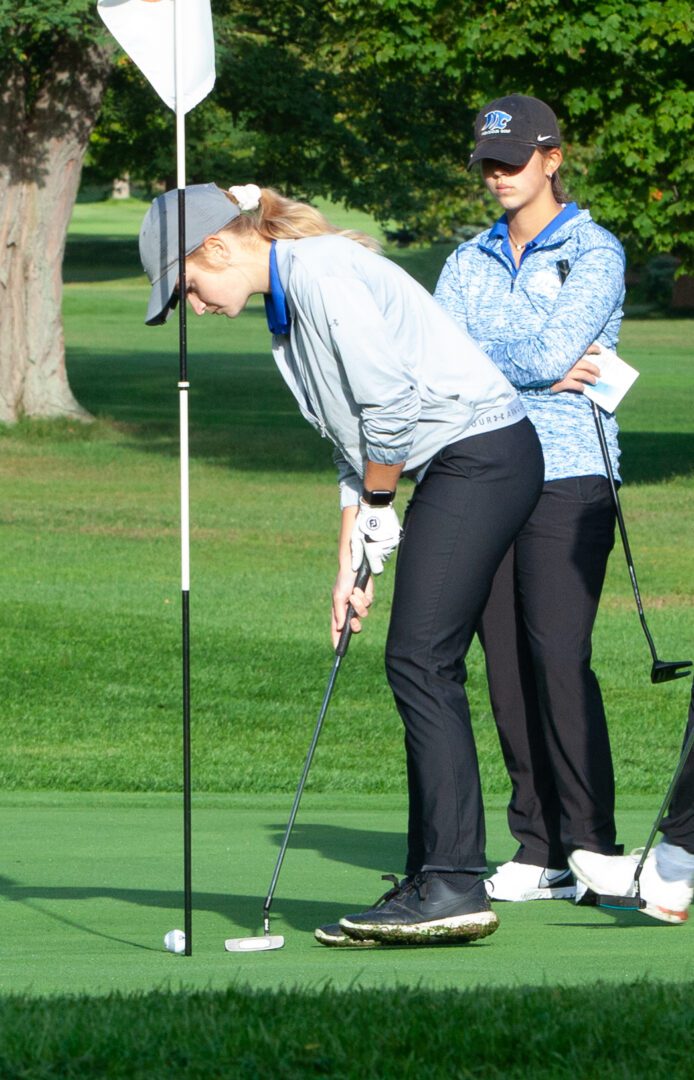 Having that kind of experience, depth, and success on his team, after only five years of existence, is gratifying for Kerr.

“In the first year we only had six girls on the team, mostly seniors who were looking for something to do in their senior year,” Kerr said. “We kind of talked the program up, and the next year the numbers kind of exploded. We had 11 or 12 girls the next year, but all of those girls were pretty much brand new, and we didn’t have much success. We started showing signs of success toward the end of the season.

“In the third year (2018) we started getting more competitive. We weren’t beating teams like North Muskegon or Whitehall yet, but we started beating some other teams, like Ludington and Manistee. It was the first time we played another team and actually won.

“Last year we really took off. Our No. 1, Orianna Bylsma, made a big jump, from shooting around 100 in her freshman year to the mid-80s last year. Megan Brown was shooting in the low 90s for most of the year, then shot an 89 at the state finals. Two other girls – Katie Unger and Gabby Moreau – came off from the JV team and didn’t play a varsity tournament until last year, and both shot in the 90s.

“That whole group returned this year, which is kind of why this year is going the way it is.”

With two small children at home, Kerr decided last spring that he could only coach one season per school year. He decided to resign from coaching the boys team, which plays in the spring, and focus exclusively on the girls team.

“Coaching both seasons, it’s really a year-round job, and we have a 4-year-old and 7-year old at home,” he said. “For the sake of my family, I had to give up one or the other. It was a difficult decision, because I have a lot of history with the boys. The main difference is that I started the girls program, it’s kind of become my baby, and I want to see it through.”

“Coach Kerr knows what works for us,” she said. “He makes us want to dedicate our time to it. He sets goals at the beginning of the season, based on what he sees as our potential,”

“Last year he said he thought we had the potential to qualify for state. It was like, what if? Could we make this happen? As the year went on, we saw that we could make it, but we knew we had to perform well. He helps us push forward, want to be better, and make it to practice.”