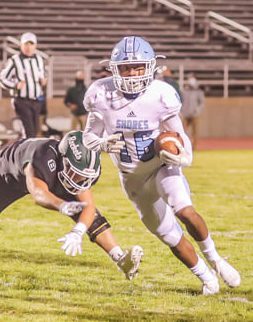 Senior Elijah Farnum was a difference-maker for Mona Shores early, scoring three touchdowns in the first quarter. Farnum ran in a pair of jet sweeps, and took a 58-yard reception from backup quarterback Mark Konecny on a double-pass trick play.

“I have to thank my other receivers (for blocking downfield),” Farnum said of his big-play success. “It feels good to finally be back out here.”

“We knew he was going to have a big year,” Koziak said. “I think it’s a collective thing, but obviously Elijah made those plays.

“We ran the same play on Elijah’s first two touchdowns. Keondre (Pierce) was the block that sprung him. On the double pass, Keondre was the guy in motion to make the critical block.”

The Sailors added three more touchdowns in the second quarter. Konecny found Keondre Pierce on a four-yard pass, and starting quarterback Brady Rose ran in a pair of short touchdown runs of four and one yards.

Rose added a third touchdown in the third quarter on a three-yard run.

Konecny ran in a seven-yard touchdown with 6:50 to play for the final Sailor score. 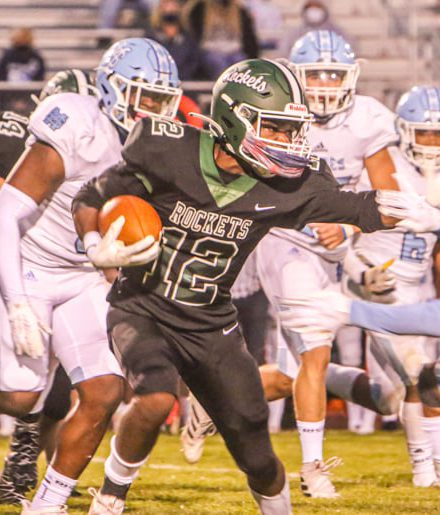 Monyae Franklin tires to find room in the backfield for Reeths-Puffer. Photo/Joe Lane

Rose totaled 113 yards rushing on 10 carries, and completed three passes for 44 yards. Konecny passed for 79 yards and ran for 36. Farnum had 58 yards receiving and 49 yards rushing.

The Sailors brought pressure defensively, forcing a lot of hurried throws from the Rockets.

“Our defensive staff and kids did a great job of executing and keeping them confused about where we were coming from,” Koziak said.

Quarterback Ben Veihl was 10-for-28 passing for 143 yards for R-P. Landon Meechem was the Rockets’ leading rusher with 17 yards, while Tate Vanderleest had two catches for 45 yards.

Mona Shores will travel to Muskegon in a marque matchup next week. Reeths-Puffer will go on the road to play Holland. 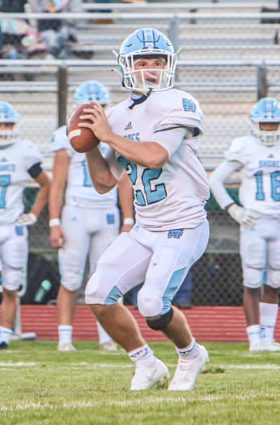 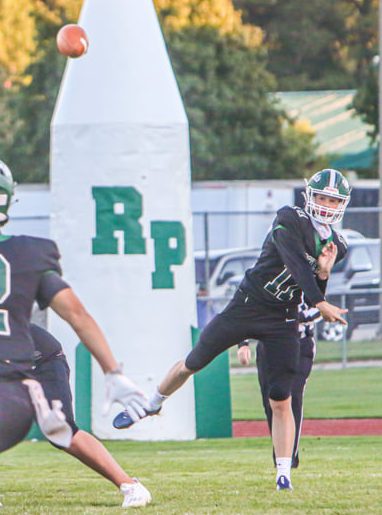 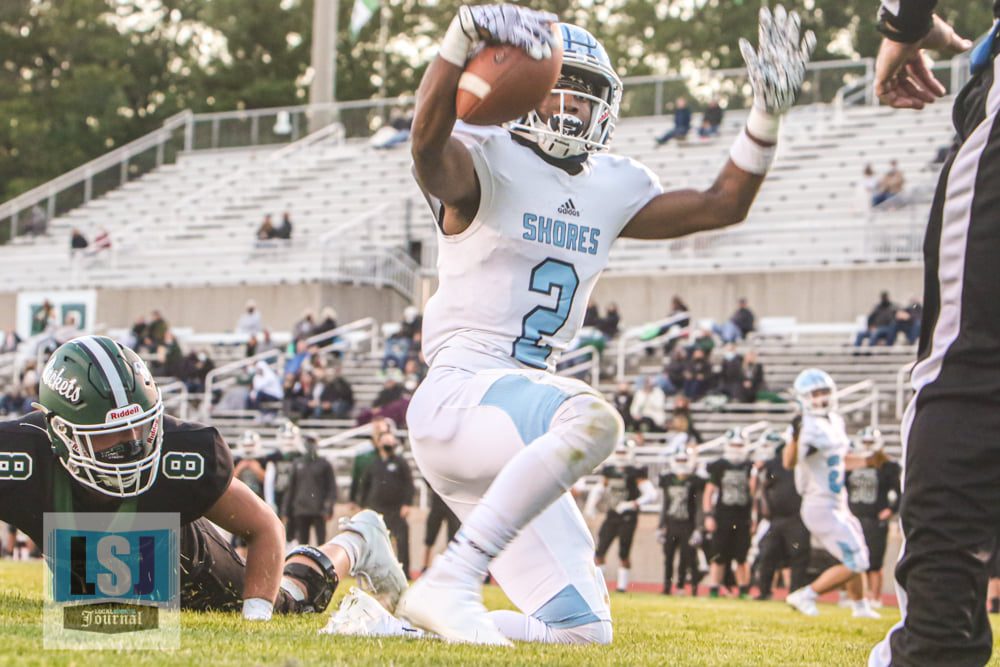 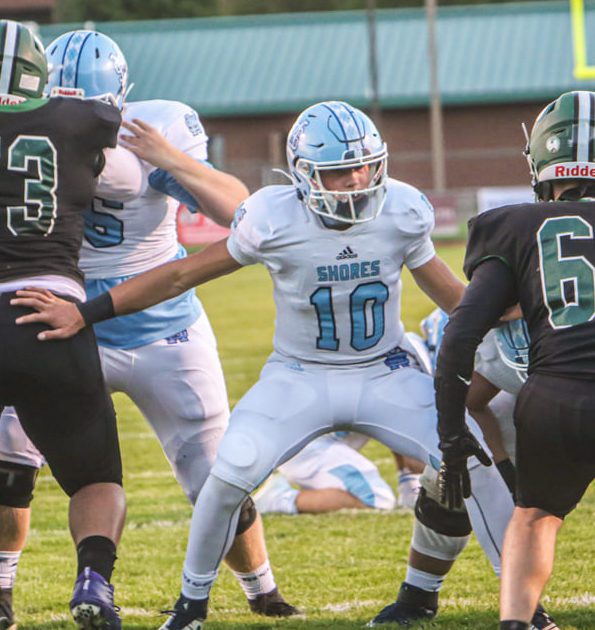 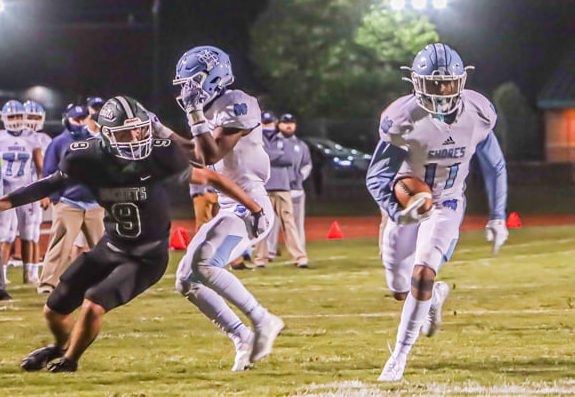 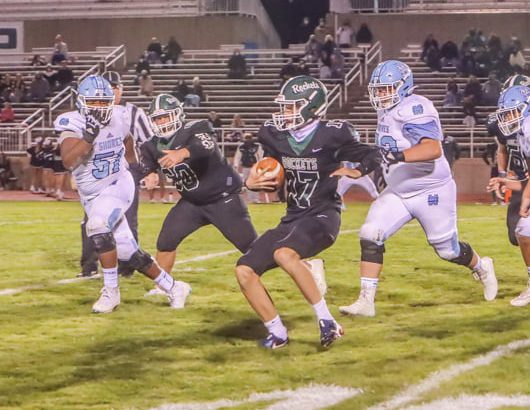