moment, after starting the season 8-1 overall and 3-0 in conference play.

That’s a big step up and a great start for a team that finished with a mediocre 22-22-3 record last season. 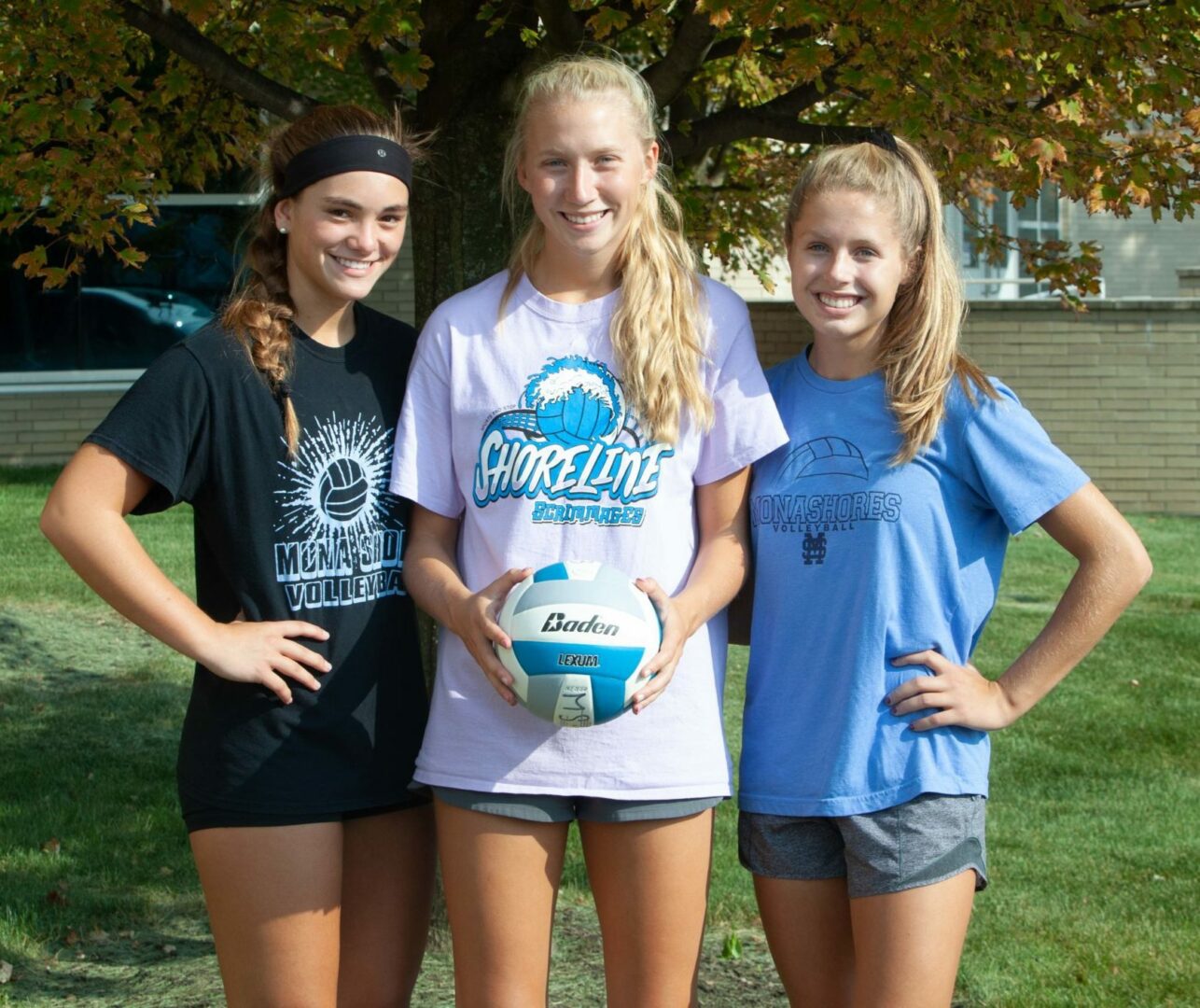 The Sailors’ biggest success so far was winning the eighth annual Battle of the Boardwalk tournament at Grand Haven on Sept.14, with victories over traditional area volleyball powers Grand Haven, Spring Lake and Fruitport.

Defeating those reputable opponents served notice to the area that the Sailors are now a team to be reckoned with.

After dropping the opening set 25-20 to Grand Haven, the Sailors rallied in the following two sets, winning each by a score of 25-18.

“It was a huge confidence boost for us, and shows we do stand a chance against the big volleyball schools because we have the tools and versatility,” said Mona Shores senior Brooke LeRoux. “It was a big boost for everyone and made people respect us.”

Respect is something the Sailors have had to earn after going 38-47-6 over the past two seasons. 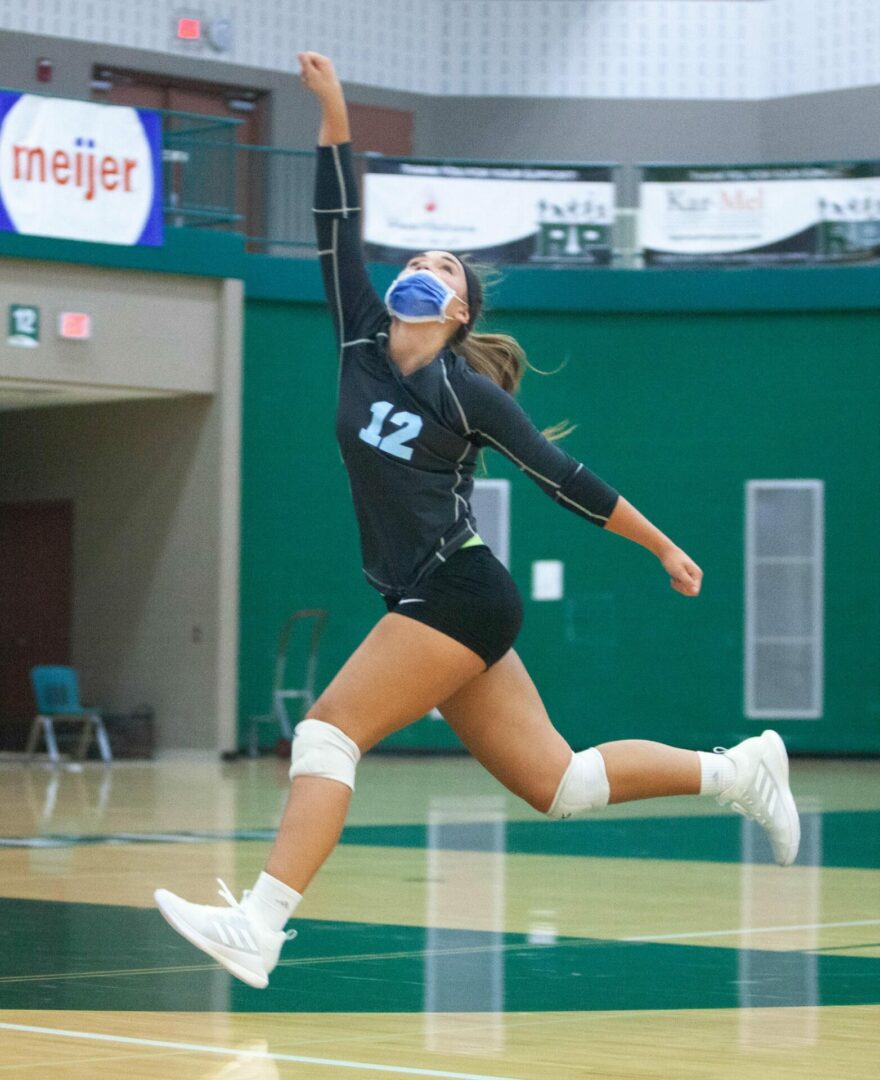 “I think they want to prove themselves,” said Hellman, whose team will host Holland tonight in its only match of the week. “There is an excitement and a hope to win conference. They’re starting to believe it, and they ask to stay after practice and do more work.”

The thought of winning a conference title sounds exciting to LeRoux, who has played through some not-as-great seasons. The Sailors, along with Reeths-Puffer and Muskegon, are competing in the new O-K Green conference this year, and would love to walk away as the league’s first volleyball champions.

The Mona Shores resurgence is definitely a team effort, but the Sailors are led on the court by three key players – LeRoux, fellow senior Bri Wade and junior Grace Norris.

Norris sets up the offensive plays, while LeRoux and Wade provide the height and power at the net. All three excel defensively in different ways.

Norris, a junior setter, leads the team with 134 assists on the season while also totaling 43 digs defensively. 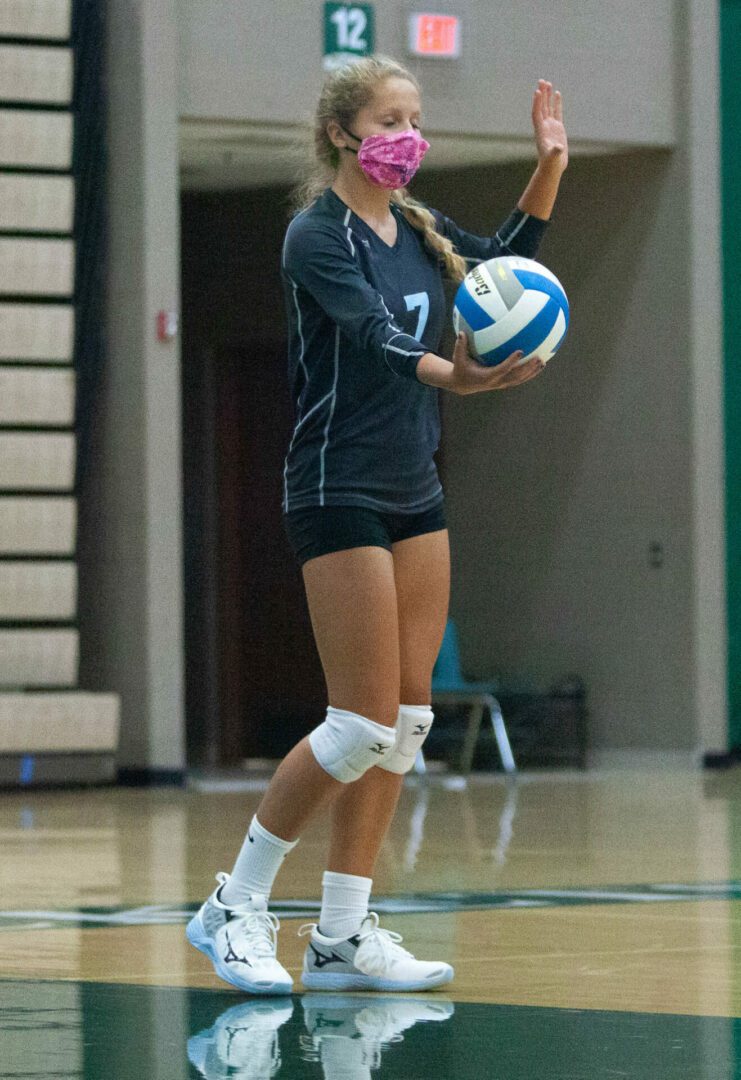 “She’s the calm factor for the team,” Hellman said about Norris. “If the game gets stressful, you can look at her to take the ball and deliver it. She’s really come into a leadership role, even though she’s quiet and more action-oriented.”

While Wade, the team’s middle hitter, is better known for her soccer talents, Hellmann said she’s coming into her own this season on the volleyball court. She has totaled 62 kills and 24 blocks so far this season.

“She’s starting to really see the court,” Hellman said. “She just has something about her this year that shows she’s really into it. She’s always  had the height and athleticism, but now she’s really added the court vision and presence.”

While Wade and Norris play critical roles, it’s often LeRoux, the outside hitter, who is the catalyst for Mona Shores, according to Hellman.

“I count on her to take control,” said Hellman about the senior who’s totaled 89 kills, 77 digs and nine blocks this season. “She’s the floor captain and plays all the time. She makes the whole team want to win because she’s passionate.”

LeRoux’s passion for winning, and leaving a positive mark on the program, is evident by the way she works with younger teammates to help them improve their skills.

“You’d never know she was a senior,” said Hellmann about LeRoux, who’s been on varsity since her sophomore season. “She works with freshmen and she treats everyone great. She’s motivated to win, and she’ll do whatever it takes because her personality is just above and beyond.”

Of course the Sailors are hopeful of having a special season on the court, but Hellmann is already sure that her players will be winners in life, because of their positive attitudes.

“This team is a great, amazing group of girls off the court, which I think plays into how much they believe in one another on the court,” the coach said. “I don’t think I’ve ever had a team so thoughtful and kind to everyone. These girls are who I want my daughters to grow into. They really care about people. They’re helping to make our world a better place.”