The kid named Q, who has always drawn attention for his unique name, showing promise on cross country trails

MUSKEGON – Nobody in area cross country circles will ever forget the name of one Muskegon Catholic Central runner.

He’s promising freshman Q Lorenz. Not Quincy or Quinn. Just Q. That’s the name on his birth certificate, and that’s what he goes by.

When his coach sent results from a recent meet to Local Sports Journal, the editor emailed back, thinking that the coach must have forgotten to fill in his full first name. But that was not the case. 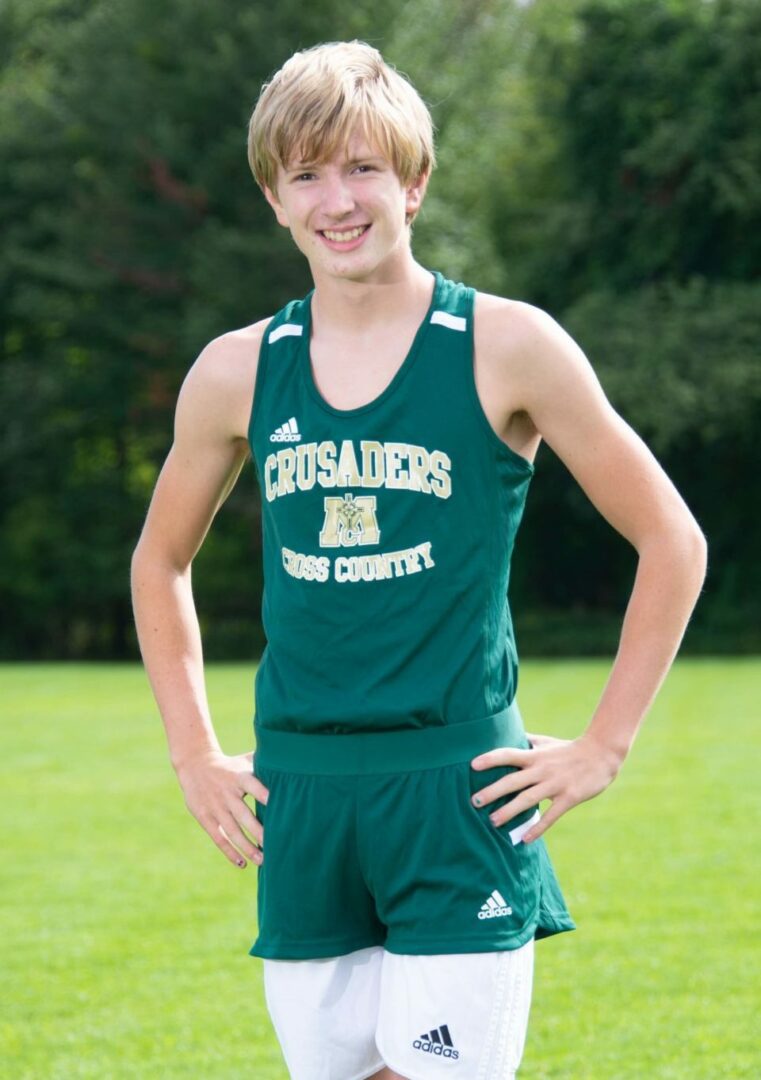 “The story changes all the time,” Q Lorenz said, when asked about his name. “My family says they named me one letter so it’s easier for my dad to yell at me! I’ve heard the story that my dad would always read names of newborns and say, ‘Well, that’s just a stupid name.’ And then he goes and names me Q.  Go figure.

“Just about every time I talk to someone new or they barely know me, they ask me about it. I guess it makes me unique in a way.”

His father, Tracy Lorenz, said he named his son while his wife was sleeping after giving birth.

“I came up with it,” Tracy Lorenz said. “It was a spur of the moment thing. She didn’t know. She was unconscious at the time. I just wanted to give him a name where he wouldn’t really need a last name, so everywhere he goes, everybody would know him

“She questioned me a little bit, but ultimately I won her over. She said I could name him.

“It was a risk. I remember thinking, he had better be cool, or that name was going to haunt him! But he has always been cool. He has a good personality and he’s always been well liked by other kids. I went from being Tracy Lorenz to Q’s dad.”

Q Lorenz is unique in another way, as well.

His dad was a standout track runner at MCC way back in the day, but Q never expressed much interest in following in his footsteps. He only joined the cross country squad this year because there weren’t enough runners to fill out the roster, and he wanted to help. But he is turning out to be pretty good at it.

Running in his first varsity meet at the Crusaders’ home invitational on Aug. 24, Q Lorenz turned in a blistering final mile, which helped him rocket to near the top of the leader board to sixth overall, after being closer to 30th place at the midway point. 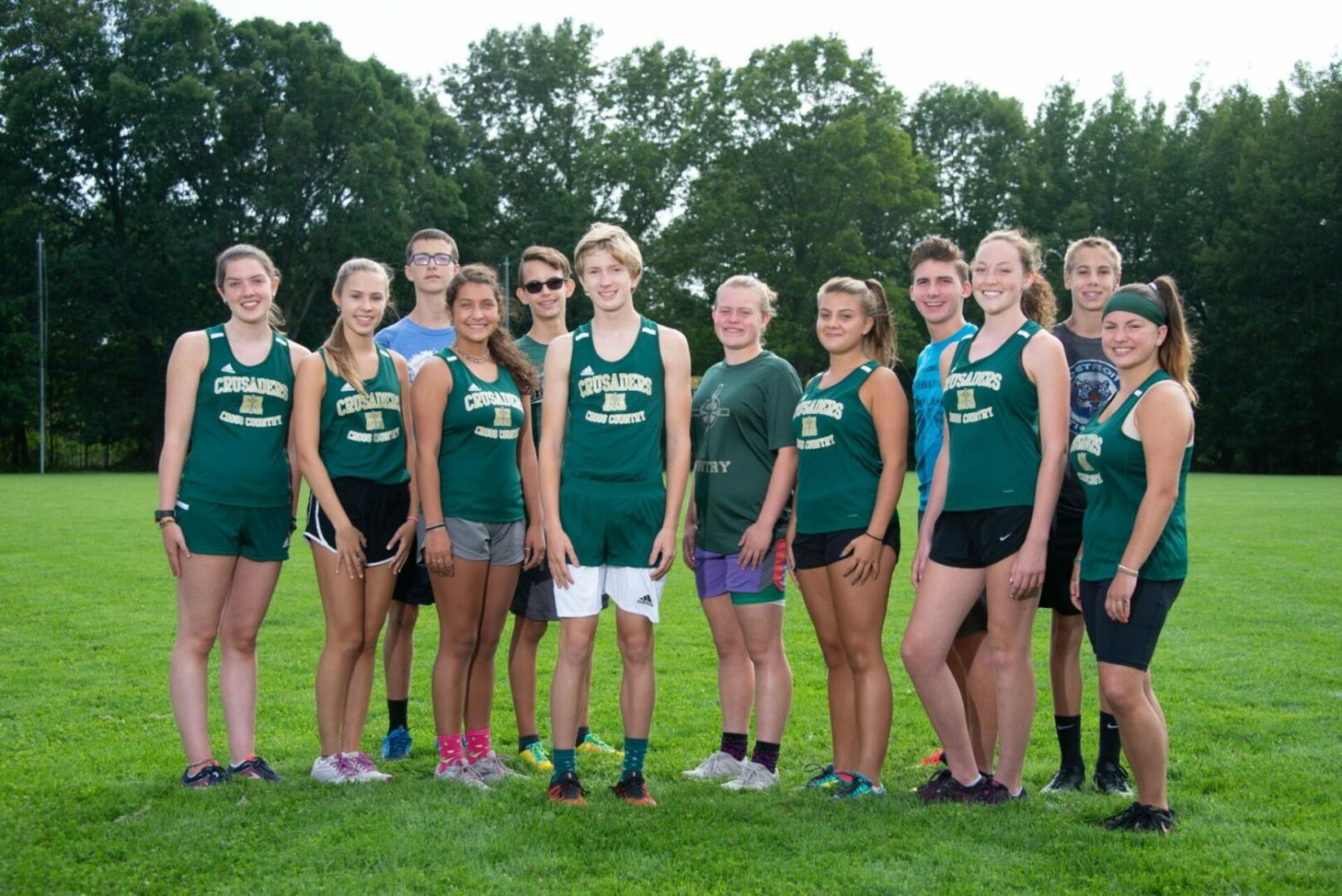 “I’m still kind of shocked (by the finish),” Q said. “Really, my only strategy up to the half way point was when we were running past a crowd of people, I tried to pass at least two runners just to show off.

“At about the three-fourths of a mile point, I remember thinking, ‘You know, this ain’t too bad.’  I had wanted to kind of pace myself, but after that I started running faster and started passing more and more people.  It was crazy (finishing sixth). I was expecting 15th or something like that.”

“He really scorched that last mile,” Douglas said. “I had to do a double take when I saw him coming around the final turn. I didn’t expect him to see him that far up. I think he was getting a feel for it, being his first varsity race.”

His dad was also a little stunned by how well he did, since Q never showed a lot of motivation to run, and he never tried to push him into it.

“He did that all on his own,” Tracy Lorenz said. “As a kid, he always said he wanted to run a 5K, and I’m thinking, ‘I haven’t seen you run around the block.’ But he did it and ran the whole thing. I guess he’s a natural.”

Aside from playing baseball, Q said he enjoys performing tricks on his stunt scooter at area skate parks. But he admits cross country may be a sport he can enjoy and excel in at the varsity level. He hopes to eventually match the success of MCC girls runner Grace Rennells, a junior who became the first individual state qualifier last fall in Douglas’ three-year tenure as coach.

“I know it sounds pretty obvious, but I want to keep getting faster,” Q said. “I personally want to run a sub 20:30 for a 5K, and hopefully I can be near state level. That’s the goal by my senior year.”