EGELSTON TOWNSHIP – It’s hard enough to play against the Whitehall soccer team at even strength.

It’s just about impossible to beat the Vikings shorthanded.

Oakridge had to try to do that on Monday, when the Eagles had two players ejected with red cards for unsportsmanlike conduct, and played shorthanded for all but about 10 minutes of the game. 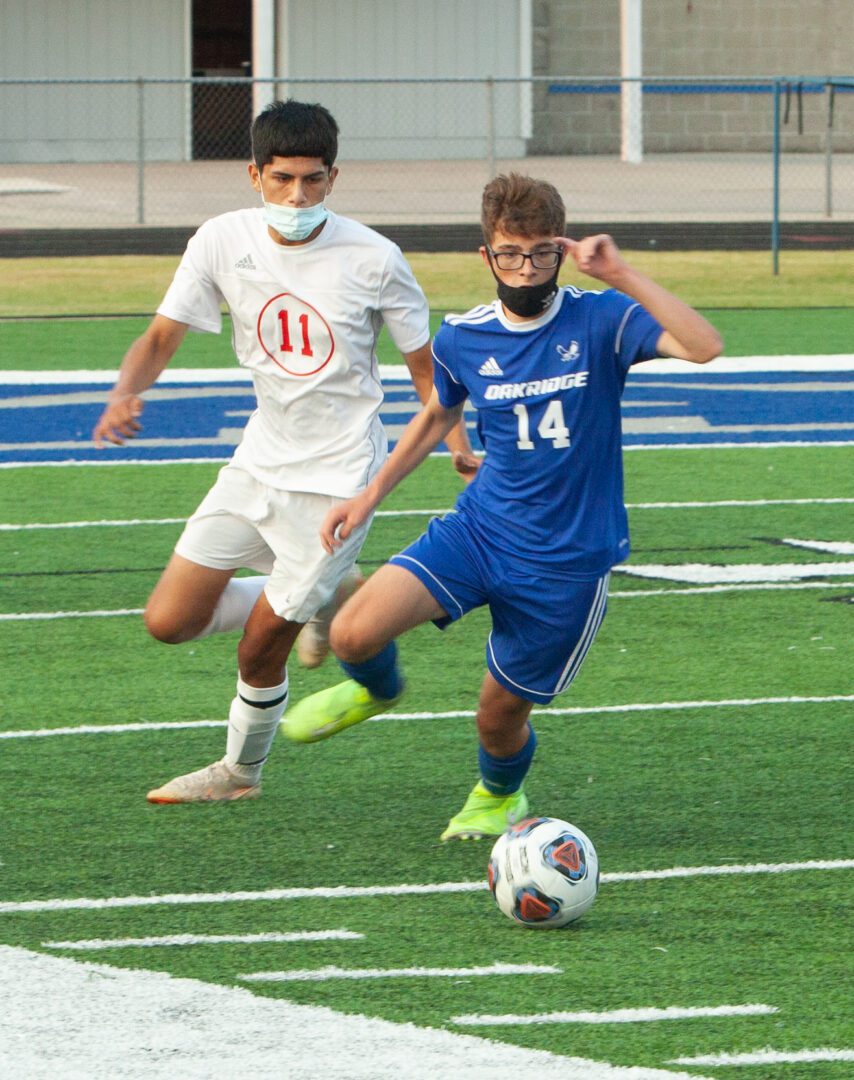 Oakridge’s No. 14 Trent Gillette moves the ball away from Yahir Gonzalez. Photo/Jason Goorman

That allowed a talented Whitehall squad to walk away with a 4-1 victory in a key West Michigan Conference battle at Oakridge High School.

The strong start to the season is not surprising to Whitehall Coach Bryan Mahan, who expected to have a powerful team this year after losing only three seniors to graduation in June, getting several players back who were lost to injury last year, and welcoming at least one very talented newcomer.

“We’ve got some speed, size and skill, which really helps out a lot in soccer,” said Mahan with a grin after the game. “We’ve got a good senior group, we expected them to come into the season with some good intensity, and they’re doing a good job of it.”

Whitehall’s most talented newcomer is junior midfielder Yahir Gonzalez, who paced the Vikings on Monday with two goals and an assist. Gonzalez had to sit out the season last year after transferring in from Hart High School, and his presence in the lineup has made the Vikings even stronger, according to Mahan.

“He’s all right, if you like talent, good shooting and movement,” Mahan said with another grin.

Whitehall controlled play early on, even when the teams were playing even-handed. 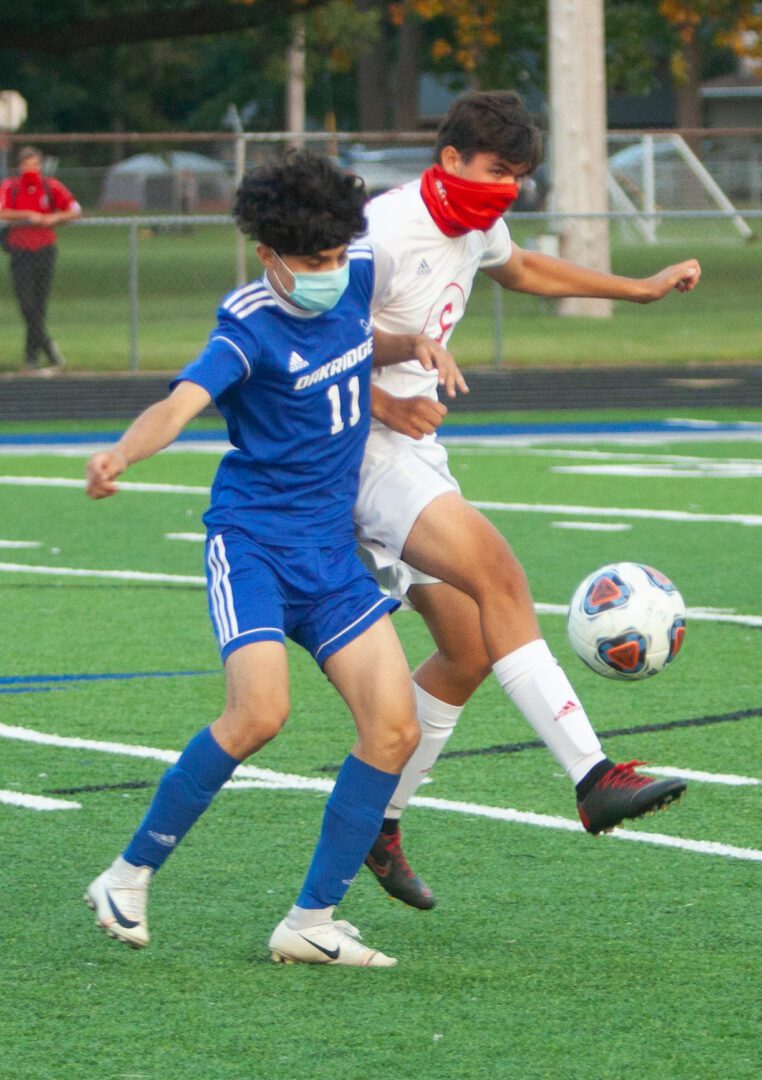 Oakridge’s No. 11 Victor Contreras battles for the ball against Connor Reid. Photo/Jason Goorman

The Vikings took a 1-0 lead just 3 ½ minutes into the first half when Gonzalez found the net with a high, hard shot from about 15 yards out.

The situation got very difficult for Oakridge about seven minutes later, when an Eagle was red-carded for unsportsmanlike physical contact with an opponent and ejected from the game. Under soccer rules, that meant his team had to play one man short for the rest of the game, or about 70 minutes.

Oakridge was able to stave off the inevitable for a while, but Whitehall finally scored again with about 12 minutes left in the first half when Gonzalez sent a corner kick in front of the Eagle net, and BaileyTaranko headed it in for a 2-0 lead.

Oakridge made it 2-1 with 6:26 left in the half with a goal on a penalty kick by Victory Contreras. Whitehall answered with 1:52 remaining when Jack Houtteman scored, and led 3-1 at halftime.

Whitehall capped its scoring just over five minutes into the second half when Gonzalez got the ball around midfield and broke in alone for a goal.

The situation went from difficult to impossible for Oakridge less than a minute later, when another player was red-carded and ejected for trying to kick an opponent. From that point on Whitehall had an 11-9 player advantage on the field, and was all but guaranteed victory.

The score could have been much worse, but Oakridge goalkeeper Spencer Anderson turned in some spectacular saves, particularly in the second half, when the Eagles were outshot 9-0. Overall Whitehall had a 16-2 advantage in shots on goal.

After the game, Oakridge Coach Greg Fleener said he disagreed with the second red card, and felt like the referee played too much of a role in the outcome by failing to issue a yellow card, which is a warning.

“I saw our kid take a swipe at the other kid,” said Fleener, who added that he did not see the play that resulted in the first red card. “It was frustration. He tried to kick him and missed him. That should have been a yellow card. If you don’t want to be an official who inserts yourself into the game, you give him a yellow.”

Mahan disagreed, saying both of the ejected players deserved to be red-carded.

“If you read any rule book, those are red cards,” he said. “Sometimes they might give a yellow card, but those were ridiculous.”

Oakridge’s No. 14 Trent Gillette moves the ball away from Yahir Gonzalez. Photo/Jason Goorman 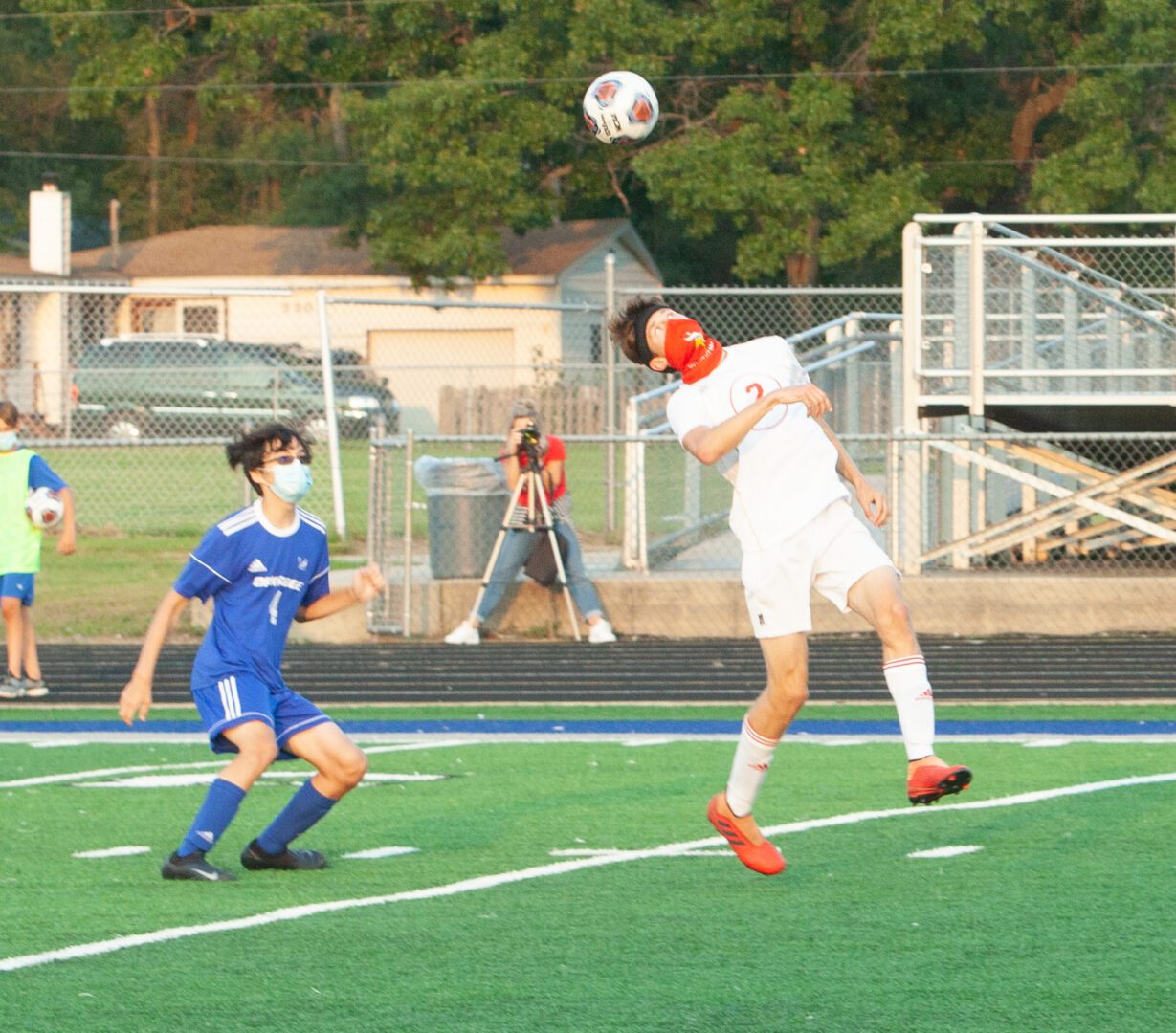 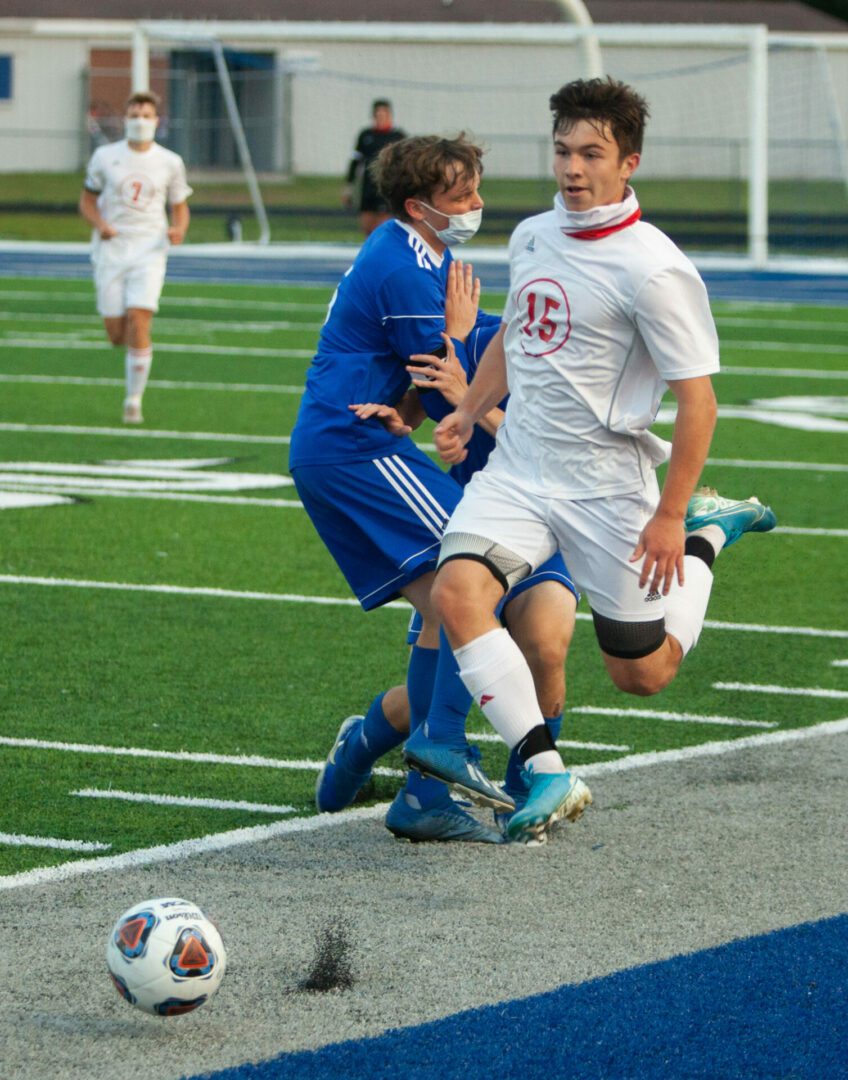 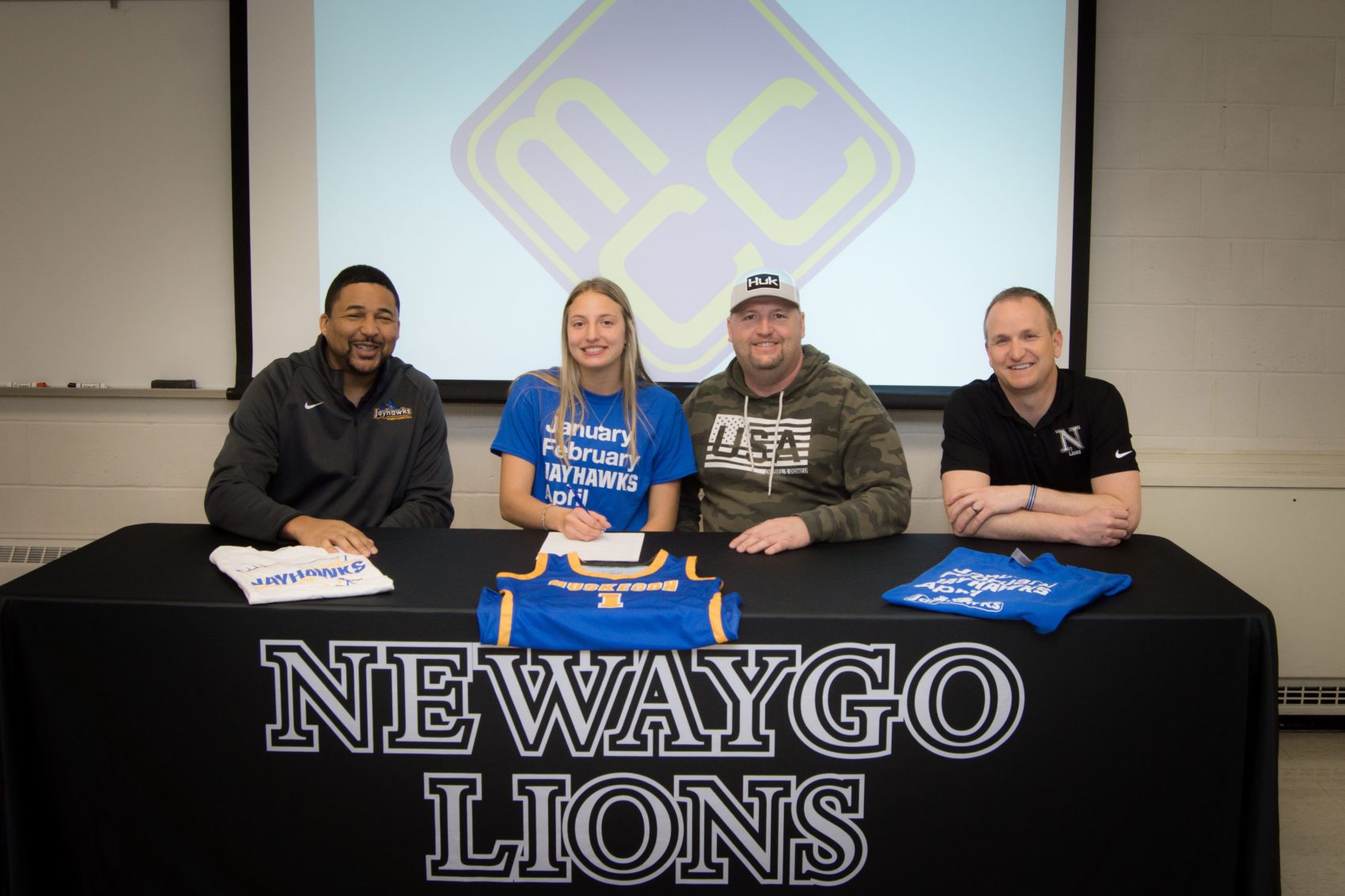 AYBT takes over the Port City this weekend