WHITEHALL – The name VanDuinen was already well-known in local high school athletic circles, because two sisters from the family did

Now Whitehall junior Karli VanDuinen, easily the best player in Muskegon area girls golf, is carrying on the family tradition with some impressive accomplishments of her own. 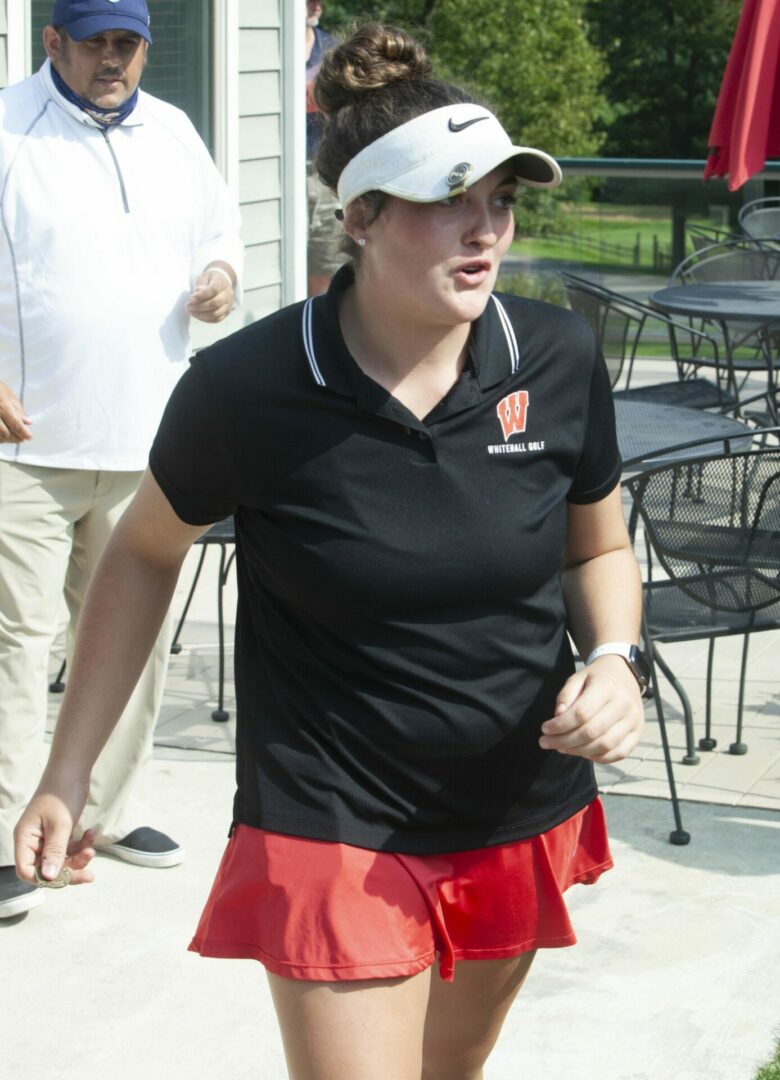 VanDuinen is the younger sister of Mikaela and Karina VanDuinen, who both starred for Reeths-Puffer. Mikaela went on to compete in golf and bowling in college, while Karina is currently on the golf team at Ferris State University.

Karina made big headlines in 2015 when she won a Division 2 individual state golf championship as a freshman.

Karli is following the same path, and could be a serious candidate to win a state golf crown of her own before she’s finished – perhaps even this season. She could also be a contender to win an individual state championship in bowling, later in the 2020-21 school year.

But as she’s learned over the years, it’s never wise to compare yourself to successful older siblings. It’s much better to work hard and make a name for yourself, instead of trying to match family history.

“I stopped trying to compare myself to her,” Karli said about Karina, who graduated from R-P in 2018. “I realized that I needed to do my own thing. I mean I want to follow her, but it’s not realistic to do everything she did.”

VanDuinen has already had a different high school sports experience than her two sisters, because it will be one season shorter.

She started out a lot like Karina on the golf course, winning the individual championship at the Greater Muskegon Athletic Association Golf Tournament as a freshman in 2018. She did not go on to win a state title that year, like Karina did in the ninth grade, but she did finish just outside the top 10 at the state finals.

Unfortunately she had to miss the golf season as a sophomore last fall, due to state transfer rules, so she had no opportunity to defend her city tournament title. Her family moved out of the Reeths-Puffer district and she ended up at Whitehall as a school-of-choice student. High school athletes who transfer cannot play the first semester of the following school year. 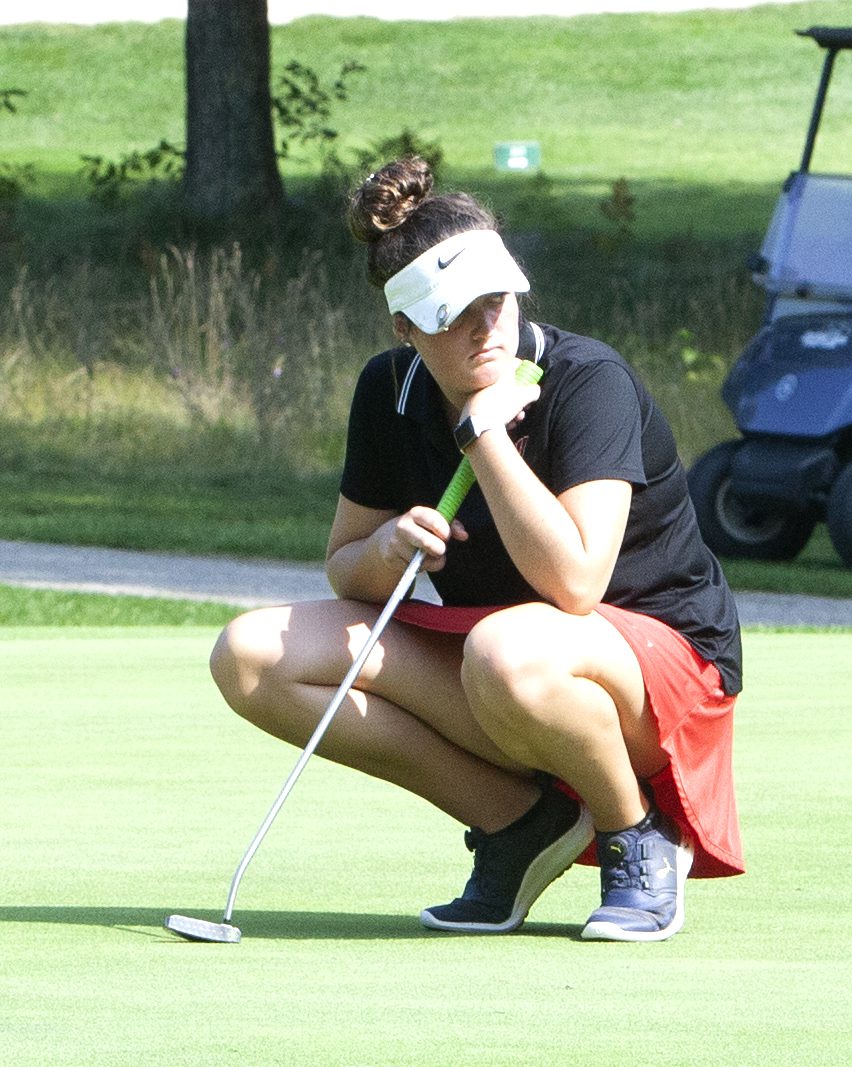 VanDuinen looks across the green during the GMAA city golf tournament. Photo/Jason Goorman

“We moved in with my grandmother to help her out,” VanDuinen said about leaving Reeths-Puffer. “It was kind of difficult in the beginning, but I kind of developed friendships over time.”

While she couldn’t play high school golf last year, VanDuinen got to know veteran Whitehall golf coach Greg Boughton and the team, and set the stage for her return this season as a junior.

“She was around the program last year,” Boughton said about VanDuinen, who is currently averaging a 77, which is outstanding at the high school level, where most of the best girls golfers shoot in the 80s. “She knows the girls and they really like her.”

VanDuinen returned to prep golf with a roar this season, taking first place individually at all but two events that the Whitehall team has played in. Her biggest win came last Wednesday, when she regained her individual title at the GMAA city tournament at Stonegate Golf Course in Twin Lake. She shot a 78, which was two strokes better than runner-up Georgette Kersman of North Muskegon.

“I wanted to win back-to-back,” said VanDuinen, a down-to-earth kid who tends to understate her own accomplishments. “I thought it would be fun to win it both times I’ve been in it.”

Boughton said VanDuinen is a big hitter off the tee, which gives her a natural advantage over the competition. But he thinks her biggest asset may be her mental approach to golf.

“She really goes about the game right,” Boughton said. “Lots of kids just hope to get up there and hit it down the center. But she thinks about where she’s going to place it and is a real complete golfer.”

“Bowling is more of my favorite sport,” said VanDuinen, who expects to bowl in college, and says she is already being recruited. “I work harder at it, so it’s more of my main sport. Golf is more of my fun sport where I don’t stress as much.”

Of course the high school bowling season is still a few months away, and VanDuinen still has big challenges ahead on the golf course. Her coach things she could have a shot at not only qualifying for the state finals, but challenging for the individual title

VanDuinen admits she would love the chance to match her older sister’s state championship accomplishment, but says it’s not a huge deal to her.

“I think about it quite often, but I feel like I’ve already made myself and my parents proud,” she said.