NORTH MUSKEGON – A team’s season can be kind of mediocre, but still pretty successful at the same time. 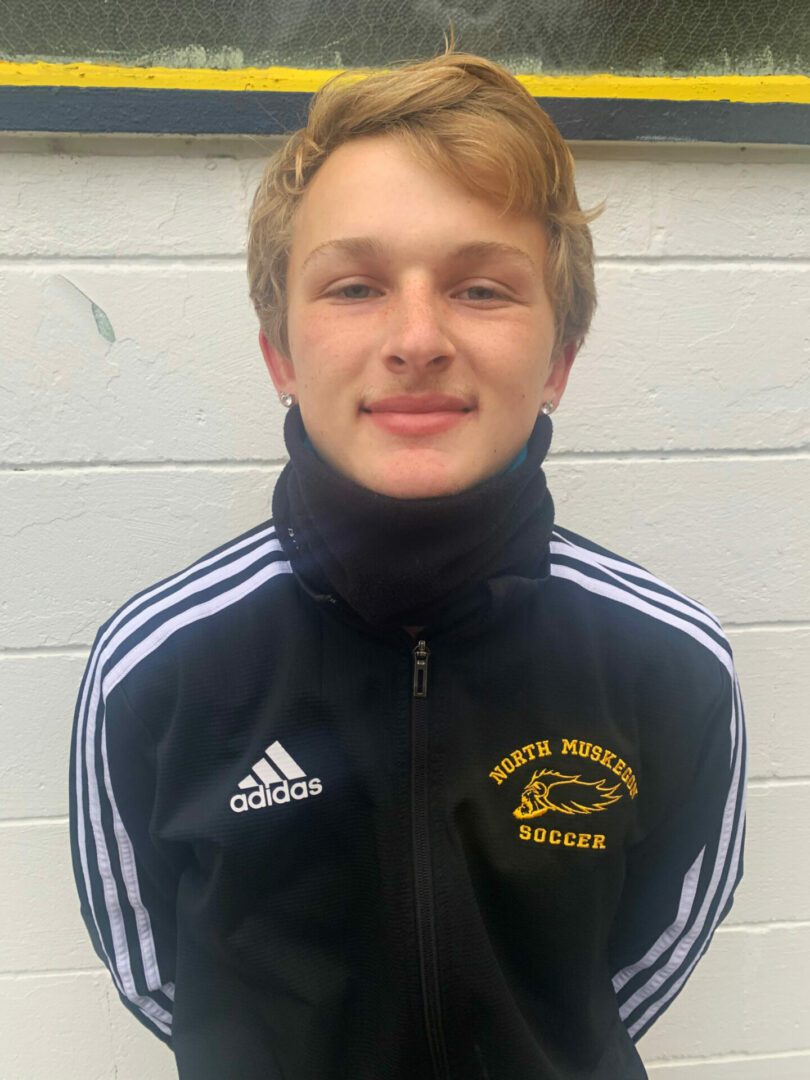 The Norse, an area power in recent years, graduated a bunch of seniors from last year’s West Michigan Conference championship team, and have only one senior on the roster this year.

Not surprisingly, they have posted a so-so 7-7 record so far this season.

But North Muskegon has done really well in conference play, and had only one loss going into a showdown with undefeated Whitehall on Oct. 5.    .

The Norse found their game that day, upsetting the Vikings 3-2 and winning their fifth straight conference title. The two teams tied in the standings, but North Muskegon took the championship because it won the head-to-head matchup.

“We’ve played a lot of really tough opponents, and we’ve lost five games by 2-1 scores,” said North Muskegon Coach Jeremy Tjapkes. “In all of those games we lost in the last 5-10 minutes. Then we fixed some things when we played Whitehall and it worked for us.”

The hero against Whitehall was junior center midfielder Dylan Schultz, who scored two goals and had an assist.

“That was crazy,” Schulz said. “Whitehall is a great team. We played them early in the year, in a non-conference game just to fill the schedule in, and we actually lost. But we went into that second game really fired up, and we got it done.” 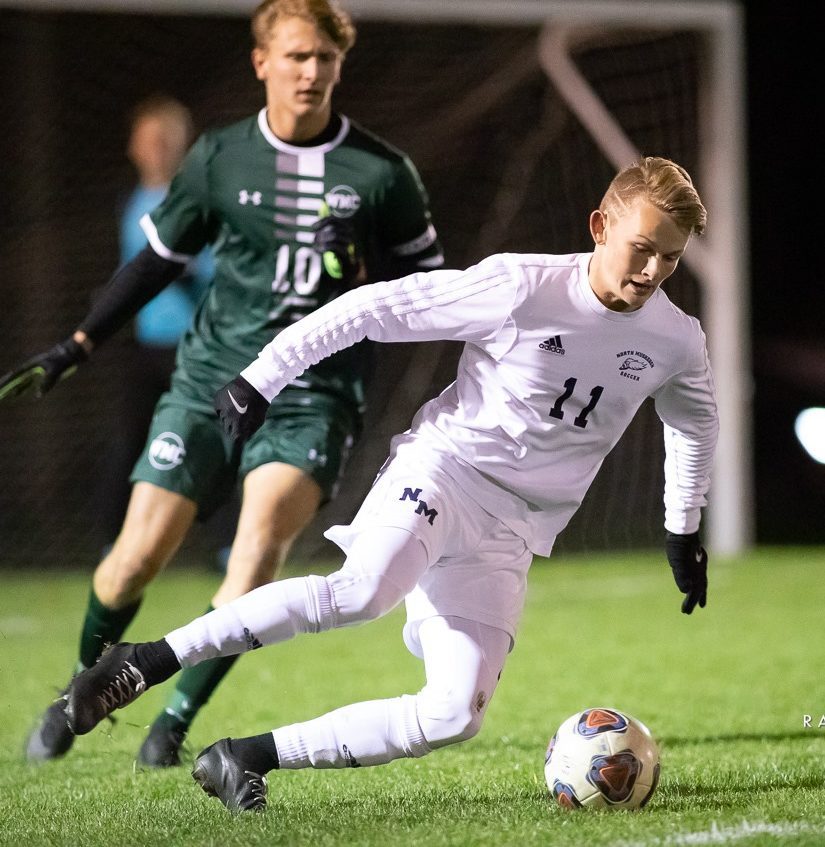 The win put the team in Tuesday’s semifinal round in Big Rapids against Lakeview, and a victory in that game would likely set up a showdown with defending state champion Western Michigan Christian on Thursday for the district championship.

That’s a game that the Norse players who were around last year would love to play. Last season the North Muskegon had a great run going, winning conference and district titles, before running into the Warriors in the first round of regionals and losing 3-0.

“Christian was great last year,” Schultz said. “They had a really good back line, and a solid keeper. He stopped a penalty kick from Trevor (Schultz, his older brother), and I think that kind of took the wind out of our sails a little bit.

“It’s been a while since we’ve beaten Christian. We would have to be on our game, but we would be excited to get another shot at them. But we have to beat Lakeview first.”

Schultz and his brother Trevor have both played soccer since they were very small, and were teammates for two years on the North Muskegon varsity, before Trevor graduated last spring. 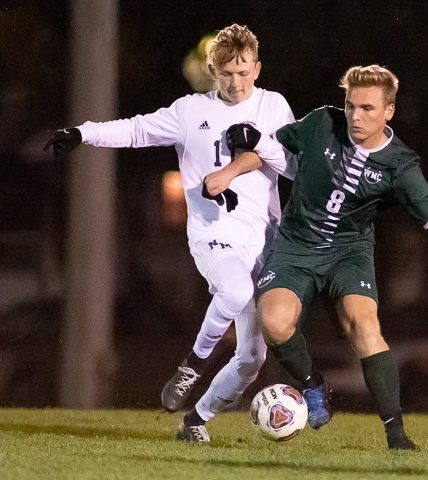 They had some great games together, like last season when they each scored two goals in a victory over Whitehall that clinched the 2019 regular season conference title.

Dylan broke out as a serious scoring threat last season as a sophomore, leading the senior-oriented Norse with 24 goals and 13 assists.

“I had a decent year my freshman year, but I didn’t achieve all of my goals, so that offseason I put a lot more work in, both on the field after practice and in the weight room, and did a lot better last year,” he said.

“I think I had a hat trick early in the season last year. I didn’t even know I had that in me, and my confidence went up a lot.”

He’s at the top of the team scoring chart again this season, with 17 goals and seven assists so far, with hopefully more to come as the Norse try to stay alive in the single-elimination state tournament.

“He’s just a gritty player,” Tjapkes said about Schultz. “He’s constantly working and scrapping for all the loose balls, and he never stops working. He’s one of those kids you find down at the field, sometimes all by himself, working out. He has a high competitive level and desire to win.

“We have so many juniors like him who have worked so hard. That whole class has just really stepped up.”