RAVENNA – The COVID-19 restrictions on offseason workouts and scrimmages, and the ensuing cancellation of practices and games, had a

negative effect on every varsity football team in Michigan.

That was particularly true at Ravenna.

Not only were the Bulldogs learning an entire new system under first-year head coach Justin Ego, but they also had to break in a new quarterback to replace graduated two-year standout Conner Kilbourne.

So Ravenna’s learning curve has been sharp this fall, but the Bulldogs have shown signs of catching on to Ego’s veer offense, which is dramatically different from former coach Doug Samuels’ spread, pass-happy attack. 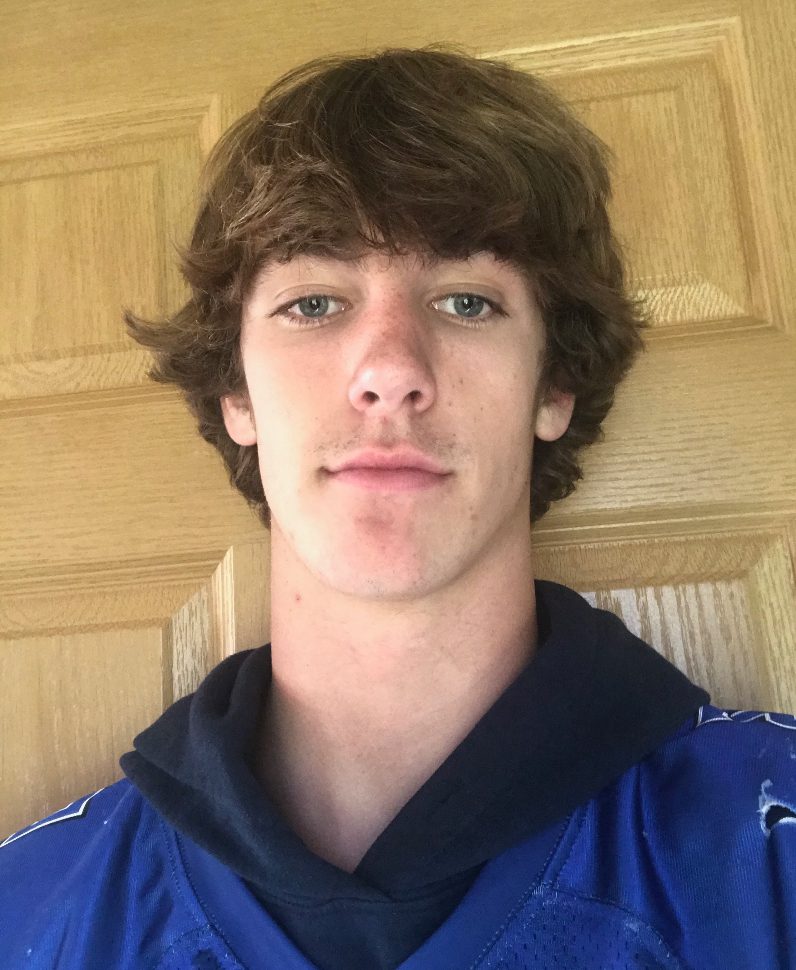 “It was a short, short offseason,” said Ego, a former longtime assistant coach at Muskegon High School. “We have taken our lumps here and there, but what we’ve really tried to stress is that each day is an opportunity to get better. We’ve got two more weeks to play our best football before the playoffs start. Each day at practice is a test, and our Friday nights are exams.”

Ego and the Bulldogs may have found a player who has passed the test at the quarterback position – 6-foot-2, 160-pound junior Kyle Beebe.

Beebe filled up the stat sheet in a major way during the Bulldogs’ 55-8 victory over Hart last Friday, accounting for an astounding six touchdowns.  He completed 7 of 9 passes for 147 yards and two scores, and also ran for 98 yards and four touchdowns.

It was the breakthrough the Bulldogs had been looking for, after uneven offensive performances in their first three games.

Now sitting at 2-2, Ravenna will look to take another step forward on Friday at home when it hosts West Michigan Conference archrival Oakridge. The Bulldogs and Eagles played a thrilling overtime affair last season, with the Eagles coming back to win 27-20.

Beebe said his eye-opening performance against Hart last Friday was due to winning the battles at the line of scrimmage. 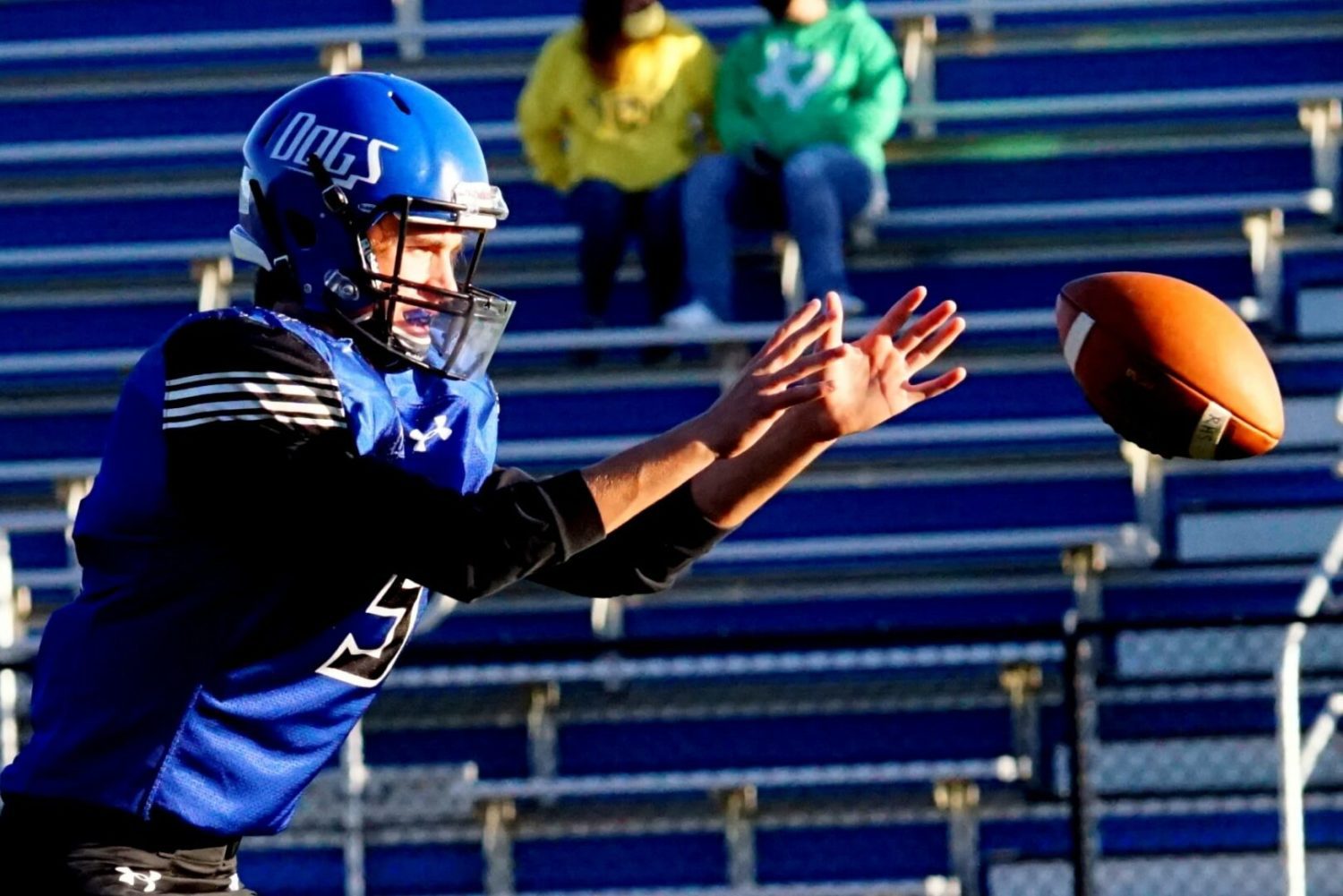 “I’m more of a power runner. I’m not that shifty,” he said. “Our line just did an amazing job blocking. Some of the holes they were opening up, it definitely made the reads a lot easier. I could see the holes a lot easier and just go.

“Our offense is definitely a lot different (than last season),” he added. “Last year, we liked to throw it around quite a bit. This year, we’re more focused on establishing the run, drawing the defense in, and then hitting the deep balls.”

Beebe started in the Bulldogs’ Week 1 loss to Whitehall, and also saw a majority of the snaps in a Week 3 loss to Montague. The lopsided losses did not shake his confidence, however.

“In the offseason, we didn’t get as much time as we should have to get everything down,” Beebe said. “We’ve used those early games as scrimmages almost, because we’re still learning every week.” 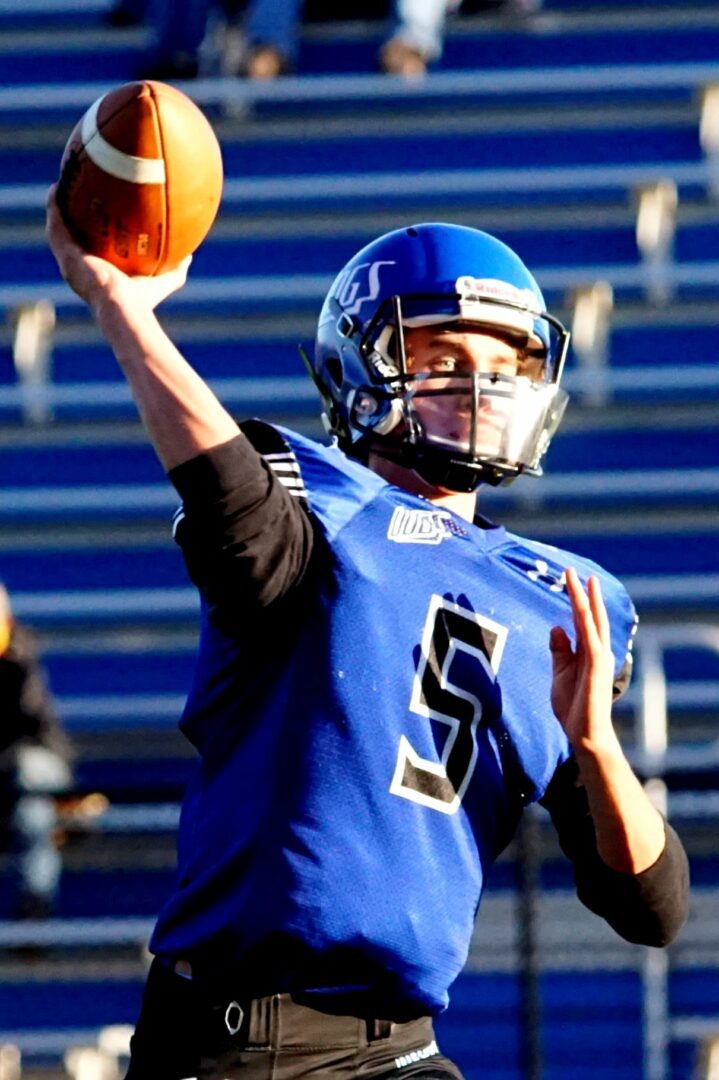 What Ego has noticed about Beebe is a young player willing to learn and show steady improvement. Beebe is also a strong basketball player, and will likely be a key contributor at guard this season for a team that had a 20-0 regular season last winter.

“He’s a great kid,” Ego said. “I couldn’t ask for a better player who wants to just soak it all in. We put a lot on our quarterbacks. We expect them to know a lot and make all the reads. Kyle has shown a lot of composure. He’s got a strong arm and is a great dual-threat guy. He won’t jump off the page with his speed, but he’ll make a little cut here or there and gets into the open field.”

Beebe – along with other key skill players like running back Steve Cook, slot receiver Hunter Hogan and wide receivers Grant Becklin and Joel Emery – are ready for the challenge of trying to upset 3-1 Oakridge on Friday.

“Beating (Oakridge) would mean a lot, especially with us taking two losses already,” Beebe said. “We always want to beat those guys. They’re our big rivals. A win would mean we’re peaking at the right time, which is big with everyone going into the playoffs.”

Holton wrestlers perform well in two team duals Saturday, but lose both due to forfeits 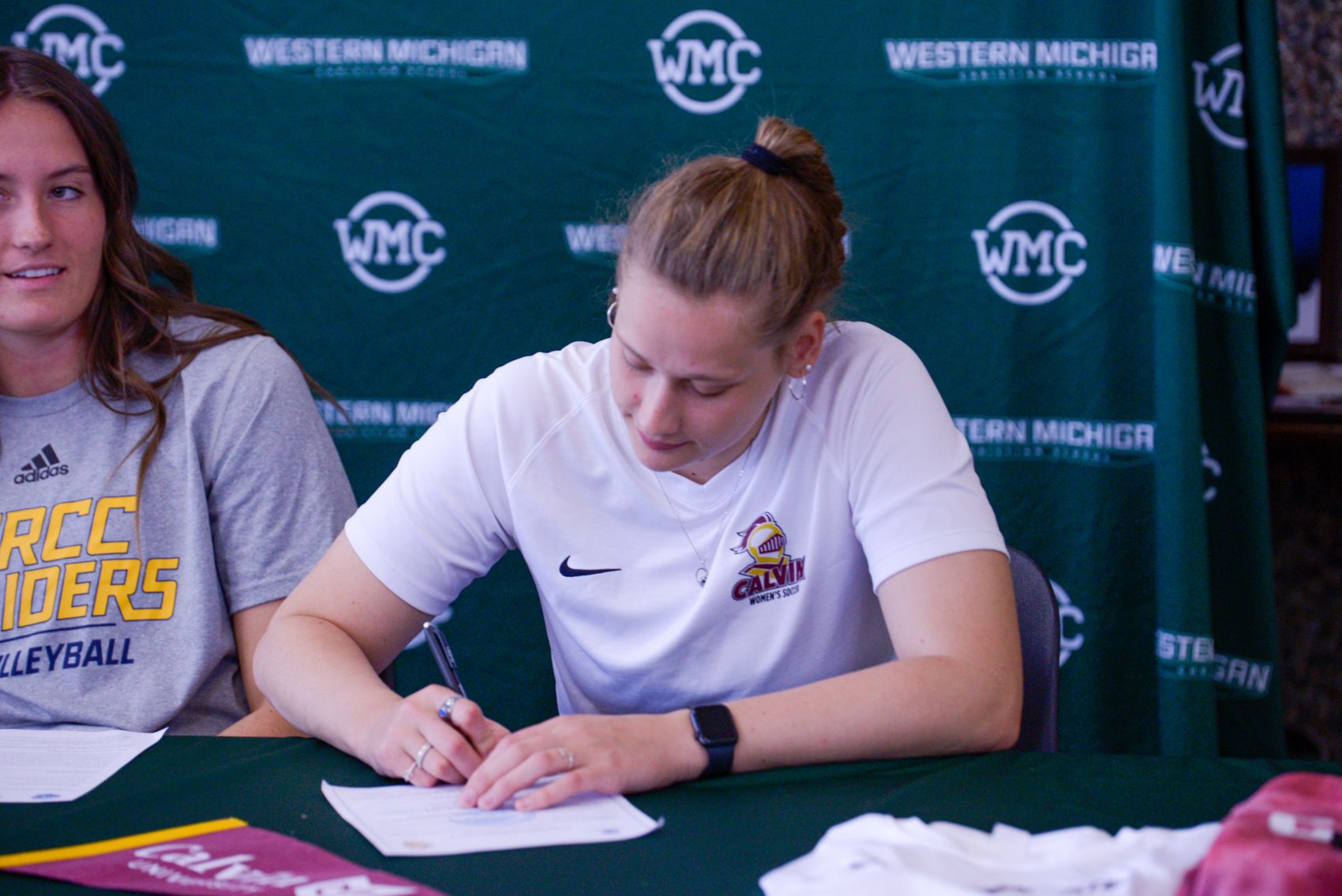