LSJ Gridiron Picks Week 3: There is some real disagreement this week about a few different games

It has been a while since I was the sole winner of the LSJ Gridiron Picks competition.

Last season I failed to win any single week, but that didn’t mean I was terrible with my selections. In fact, I believe I have been the most consistent picker since LSJ started this competition during the 2017 season.

I was tied for first place three different times last year, and finished second a few weeks, only one game out of first place.

Now I’m finally alone at the top of the hill after finishing last week with a sparkling 12-2 record. 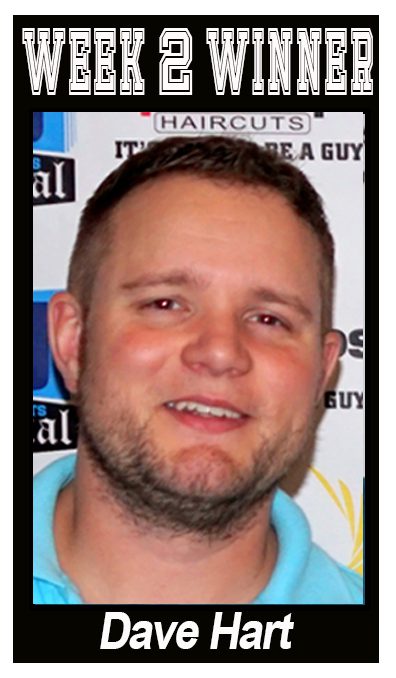 I wasn’t perfect, but I certainly wasn’t alone in that respect. All seven of us picked Fruitport to lose to Holland Christian, and the Trojans made us look foolish by trouncing the Maroons.

The same thing happened the week before, when all of us picked Hesperia to lose, and the Panthers won in a romp. I think we tend to inspire some teams when all of us tell them they’re going to lose. At least we are accomplishing something positive for someone!

Almost all of us were shocked to learn that the Muskegon Big Reds, who cruised to an easy win against Mona Shores a year ago, fell to the Sailors in their home opener. Only one of us got that right – Steve Gunn – but then he went on to have a miserable week overall, getting six games wrong!

Picking Spring Lake, Holton and Kent City helped propel me into the winner’s circle. Now I will look ahead to dominate during the final four weeks of the regular season.

I believe that the Big Reds will bounce back from their disappointing loss and cruise to a win over Reeths-Puffer on Friday. Mona Shores will continue to roll with a victory against Holland in its home opener.

I believe Fruitport and Spring Lake will continued their positive trends and win their O-K Blue matchups this week.

In West Michigan Conference action, Oakridge will bounce back after a painful loss to Montague and beat Hart, Montague will remain unbeaten with a road win over Ravenna, and Whitehall will be 3-0 after staving off North Muskegon.

My upset of the week selection is Hesperia to beat perennial CSAA Silver contender Morley-Stanwood, after falling just short in its comeback attempt against Kent City last week.

We have a little more disagreement than usual this week, with split opinions about several games, including Fruitport-Allendale, Ludington-Orchard View, and Spring Lake-Grand Rapids West Catholic.

Check out the grid below to see who pocked who, then log on to LocalSportsJournal.com on Friday night to see how your team did, and how each of us made out. 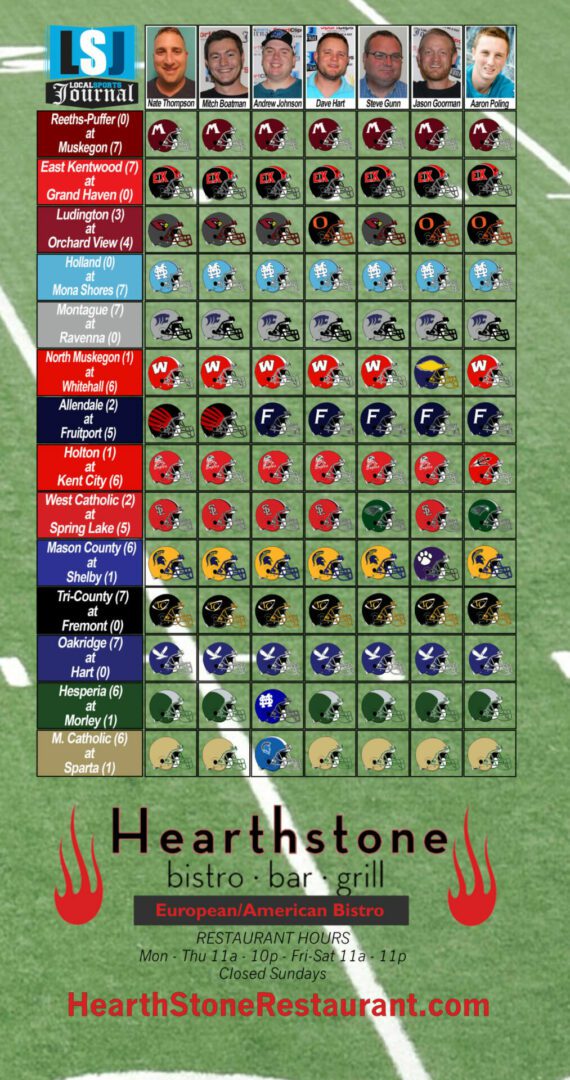 Lincoln Golf Club to host ‘Rally for the Cure’ event for the mission of Susan G. Komen