The Big Reds collected the victory with a series of big plays for touchdowns, including scoring runs of 55 and 88 yards by Jacarri Kitchen, 96 yards by Myles Walton, 80 and 35 yards by Amari Crowley, and 70 yards by Destin Piggee. 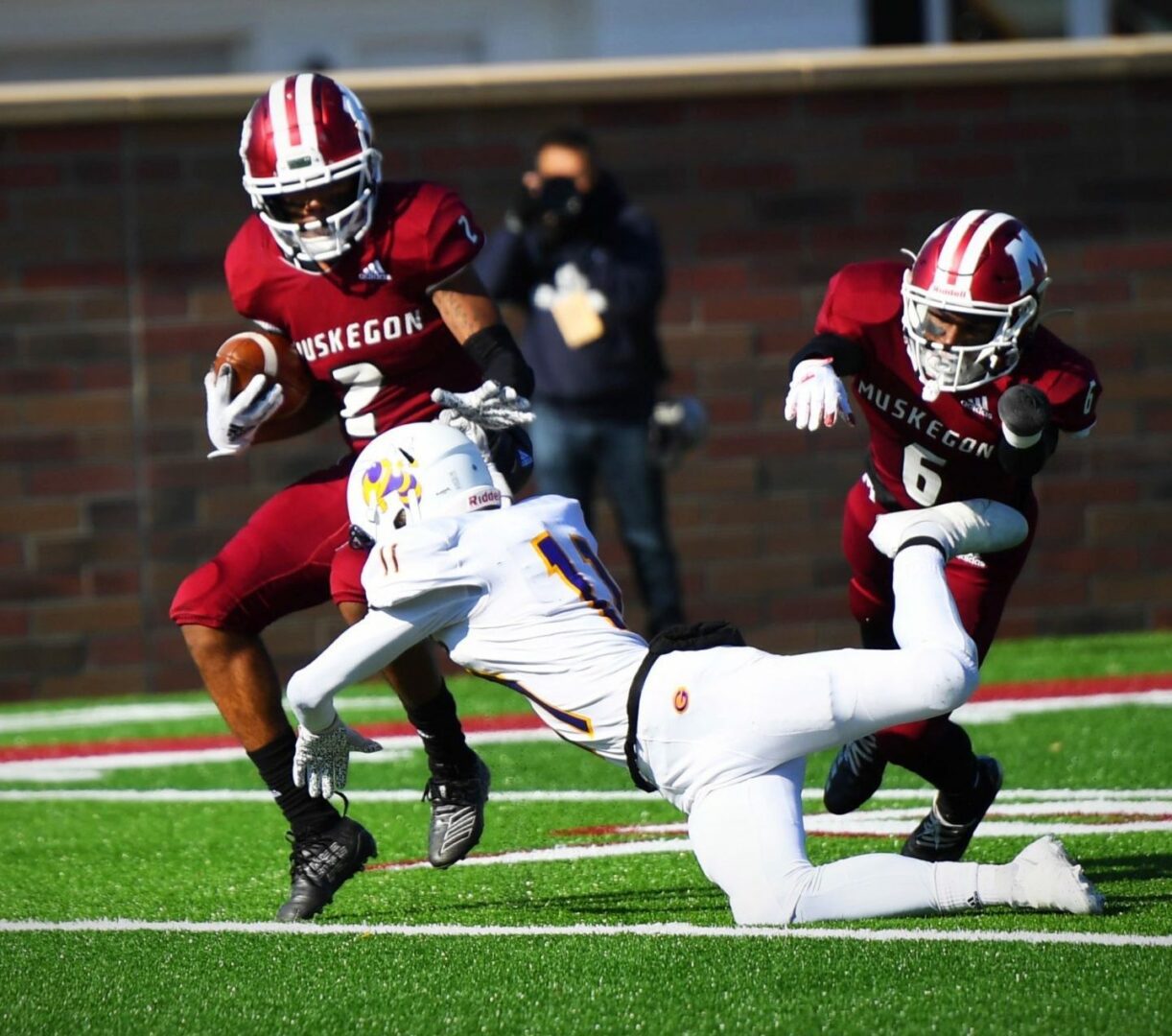 Muskegon’s Julius Sims avoids the tackle with No. 6 Damari Foster behind. Photo/Craig Smith

Muskegon also scored on a five-yard TD run by Dedrick Fondren and a 19-yard touchdown pass from Crowley to Walton.

The Big Reds, now 6-1 on the season, will host Cedar Springs next weekend in the second round of districts. The day and time of the game will be announced.

Dedrick Fondrenn sees a hole up the middle for a Muskegon TD. Photo/Craig Smith

No. 8 Myles Walton rips off a monster TD run for Muskegon. Photo/Craig Smith

No. 21 Jacarri Kitchen shakes off a tackle on a rush for Muskegon. Photo/Craig Smith