NORTH MUSKEGON – The North Muskegon volleyball team has a very big game on Tuesday night at Montague, with the West

One player who is very excited is North Muskegon’s standout captain, senior Syann Fairfield. She loves big-game challenges, which is not surprising, considering her father is Muskegon head football coach Shane Fairfield, who has taken his team to the state finals seven times in the last eight years.

“I’m really excited,” Fairfield said. “I know my teammates are, too. We’ve been working real hard!” 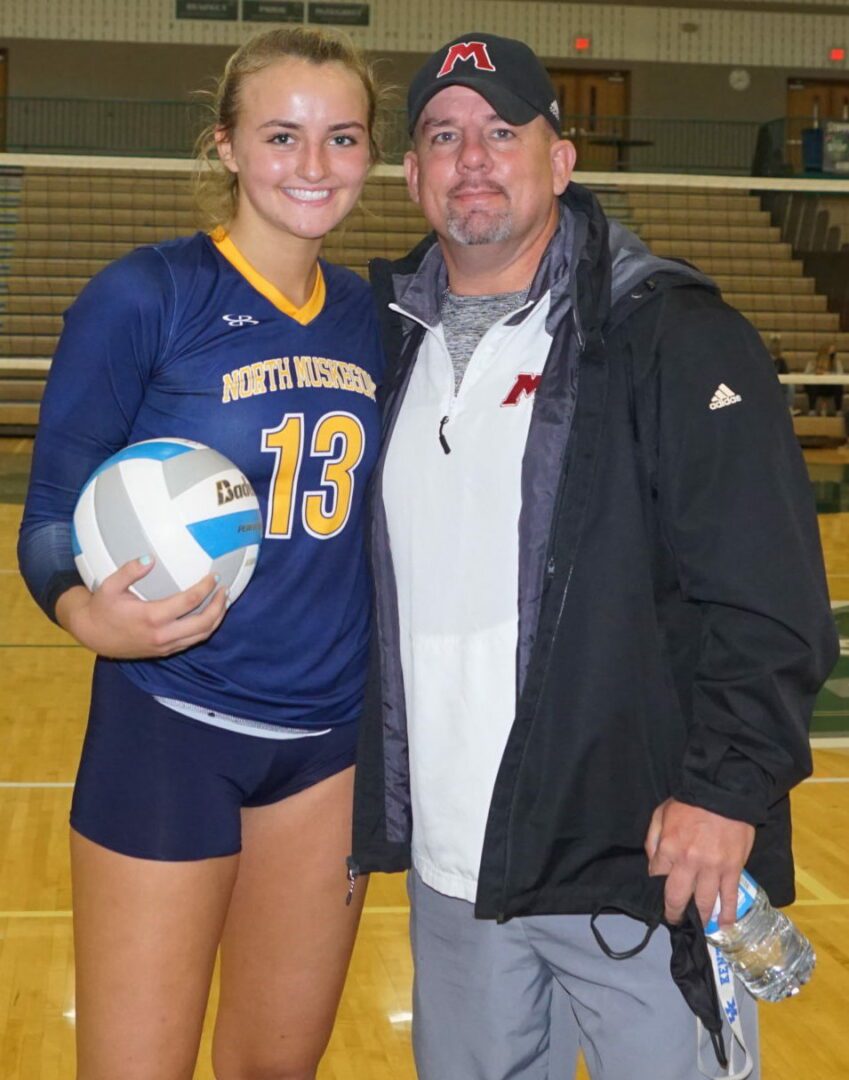 While some teens like to distance themselves from their parents a little bit, Fairfield is not one of them. She is proud of what she has learned from her dad over the years about playing the right way and giving her team the best chance to win.

“When I was younger, he coached my youth basketball games,” Fairfield said about the sports bond she shares with her father. “He coached my teams a lot. When I started soccer, he’d stand where I was on the field and give me these little signs to be more aggressive or step up.

“Now, I see him in the stands and he’ll say, ‘Come on, you got it!’ It’s more of a type of motivation for me. It’s really nice having that dad who is a coach and knows how you should play.”

All of the Norse players got a chance to gain some motivation from Coach Fairfield after practice on Monday, because North Muskegon volleyball coach Heather Claussen invited him to address the team.

“We usually have guest speakers this time of year, and with his teams being so successful, I thought he could give us some insight into that championship mindset,” Claussen said.

“He talked a lot about dreams, goals and visions,” Fairfield added about her dad’s pep talk. “People always say the boys are natural athletes at Muskegon, but they win because they focus on those things, and he brought that over to us.”

The Norse will need all the skill and motivation they can muster in Tuesday’s conference showdown, because Montague is ranked fifth in the state in Division 2 with a 28-4 record.

North Muskegon got a good taste of how good the Wildcats can be on Saturday, when they lost to Montague in four sets in the semifinal round of the Greater Muskegon Athletic Association City Volleyball Tournament. 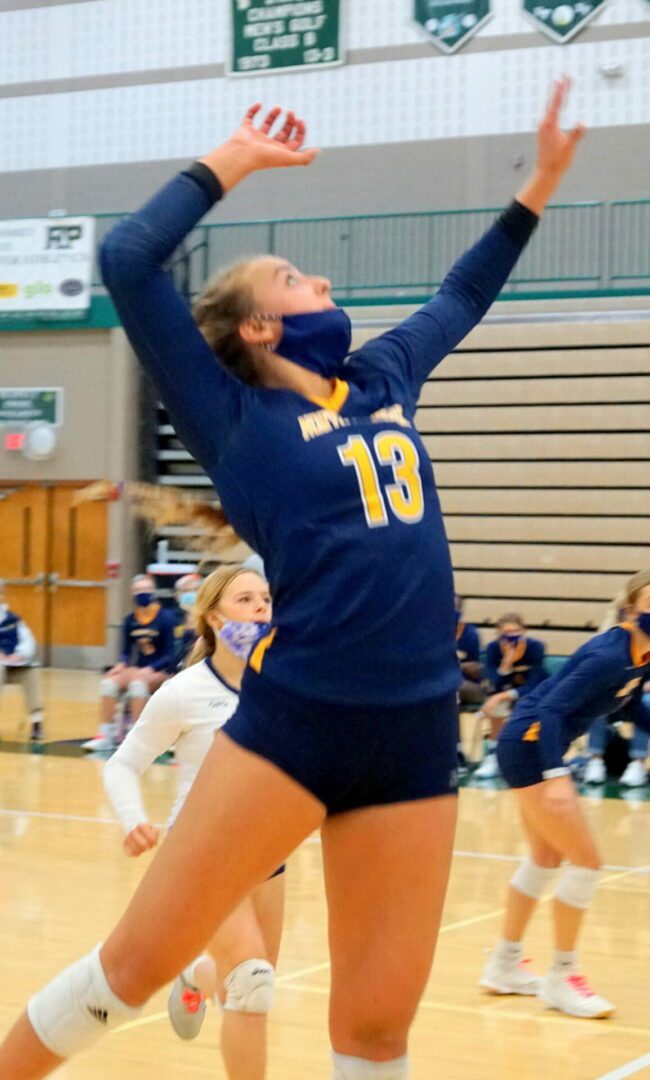 Fairfield goes for the kill during a recent match. Photo/Leo Valdez

Montague went on to win the tournament, but the Norse still want to beat the Wildcats and win the conference.

“The kids came to me with a really good attitude afterward, and they were wanting a second chance,” Claussen said.

“Montague is a great team,” Fairfield said. “It’s always been them, us and Whitehall in the conference. They got some really good blockers and their outside hitter is really good and smart. We really need to be prepared on defense.”

If the Norse win on Tuesday, there’s a pretty good chance that Fairfield will play a significant role.

Last year she was a third-team All-Stater after standing out offensively and defensively. She ended the season with 577 kills, 57 aces, 143 digs and 71 blocks.

She has continued to shine this fall, totaling 446 kills, 41 aces and 267 digs so far, with a lot of volleyball yet to be played. She has already broken the school’s career record for kills, which was 1,278, set by Allyson Karaba in 2004-06.

“I think she understands how to be coached tough,” Claussen said about Fairfield. “She can be told honest things and she’ll accept responsibility. She’s a good kid on the court, and I get to teach her in class and in other areas, as well, where she really shows she’s a good all-around kid.”

Regardless of Tuesday’s outcome, the Norse will have a lot of exciting challenges ahead. After steadily building up the program over the past few years, Claussen has a team with an 18-10 overall and 6-0 conference record.

The Norse, ranked fourth in the state in Division 3, think they will have a good chance to make some noise in the upcoming state tournament. They might even get very hot and make it all the way to the state finals, which has become a Fairfield family tradition.

“We envision ourselves on that court,” Fairfield said. “Our dream is to win a state championship, and we set little goals to better ourselves at practice to help us get there.”