Ravenna, playing without Coach Ego, rolls to an easy 31-0 victory over Morley Stanwood in D7 playoffs

RAVENNA – The Ravenna football team has had a “next man up” mentality all year, and that was the case again on Friday in the Bulldogs’

Instead of replacing an injured football player, the Bulldogs had to have a fill-in for head coach Justin Ego, who came into contact with someone with COVID-19 last week, and was forced to go into quarantine. 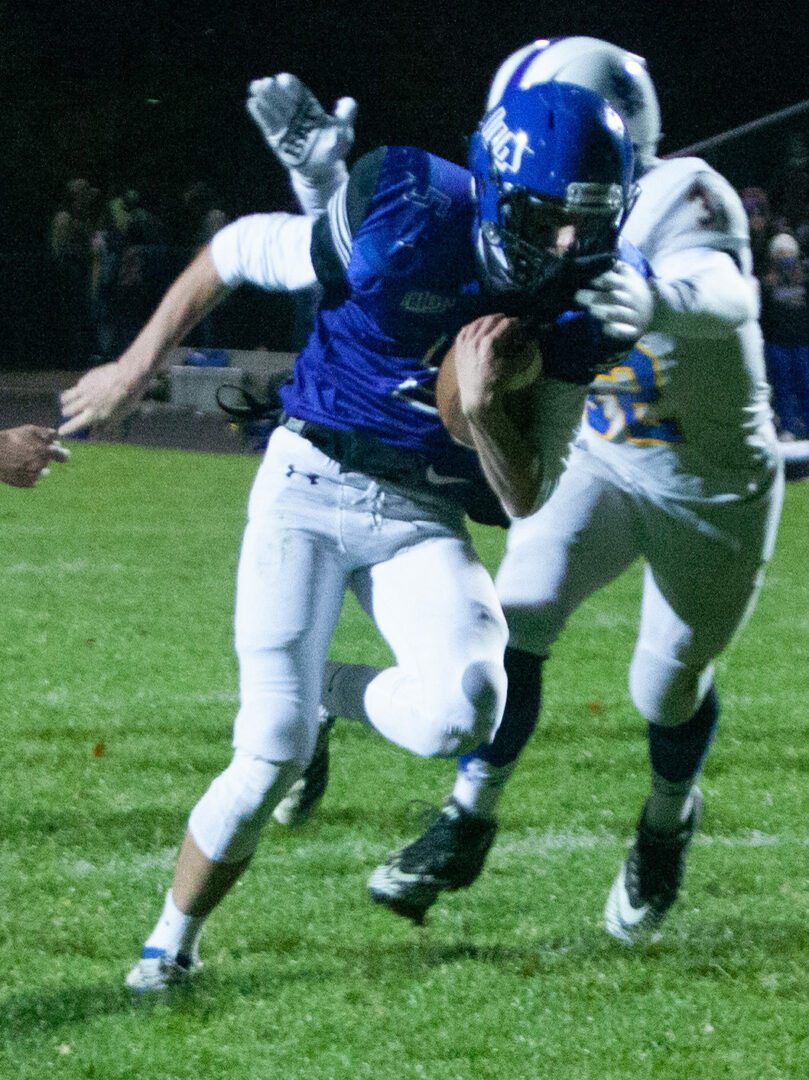 “Coach Ego had us set up,” said Ravenna defensive coordinator Tommy Moore, who stepped up as the interim head coach this week. “Just like with the players, it’s next man up. I had to step up and do my job to get these guys a win. It was an exciting experience for sure.”

The Bulldogs jumped out to a 7-0 lead when junior quarterback Kyle Beebe score on a four-yard run with 2:14 left in the first quarter.

In the second quarter, a 38-yard field goal by Hunter Hogan and Beebe’s 30-yard touchdown pass to Hogan gave Ravenna a 17-0 lead at halftime.

“My visor was all fogged up,” said Hogan about his long field goal. “I couldn’t even see the ball, so I just kicked and it went in. It felt good when it went off my foot.”

In the third quarter, Beebe found Thomas McCullough for a three-yard touchdown pass with 6:53 left to make the score 23-0.

Ravenna’s Steven Cook then tackled Morley Stanwood quarterback Aaron Moore in the end zone for a safety to give the Bulldogs a 25-0 lead with 1:06 left in the third quarter.

On the first play of the fourth, Cook took a turn doing some damage on offense, breaking loose for an 18-yard touchdown run for the final score of the night.

“It feels great for the seniors,” Beebe said. “It’s great to win for them in their last home game. We know we’ll be on the road the rest of the way, so it’s good to win it for them.” 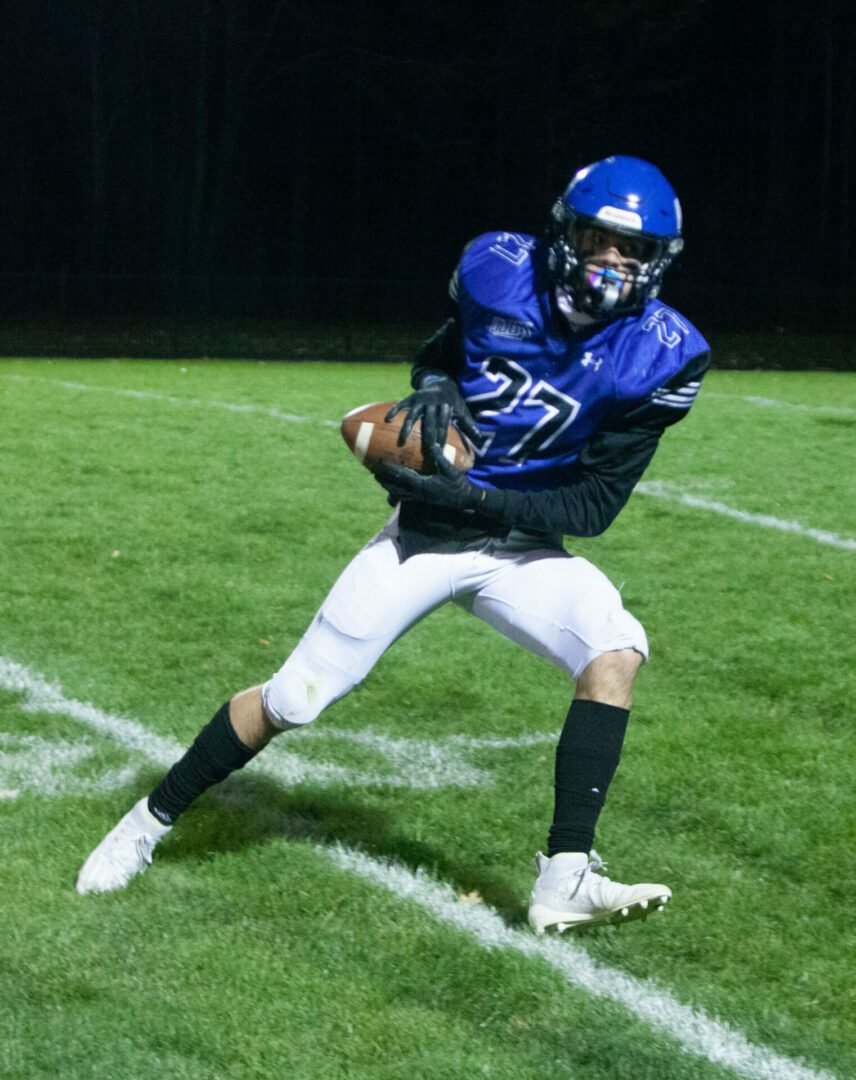 Overall, Cook led the Bulldogs with 104 yards and a touchdown on 12 carries. Beebe threw for 206 yards and two touchdowns on 17-for-22 passing.

Hogan led the receivers with 83 yards and a touchdown on four catches. The Bulldog defense, which allowed only three yards in the game, was led by Cook with five tackles.

Next week the Bulldogs, now 4-3, will travel to play Ithaca, the top seed in the district.

“They got tonight and Halloween,” said Moore about how long the Bulldogs will get to celebrate the first round victory. “They can go trick-or-treating and all that, but then it’s time to buckle down.”

The Bulldogs believe they’ll have coach Ego back next week for their road playoff game.

“That’s what we were playing for all week,” said Beebe about winning without Ego on Friday night. “We know whoever goes down, it’s next man up, and unfortunately he was the one who went down this week.”