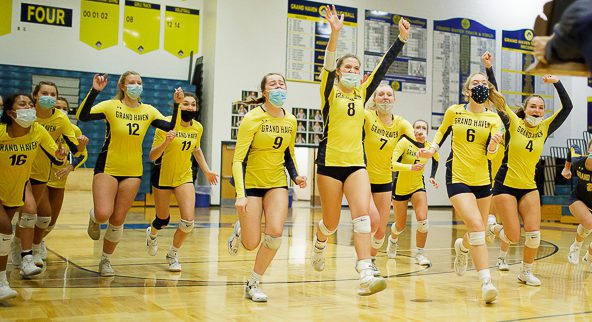 In fact the Buccaneers’ trophy case is getting pretty full, with 14 straight titles now rung up. 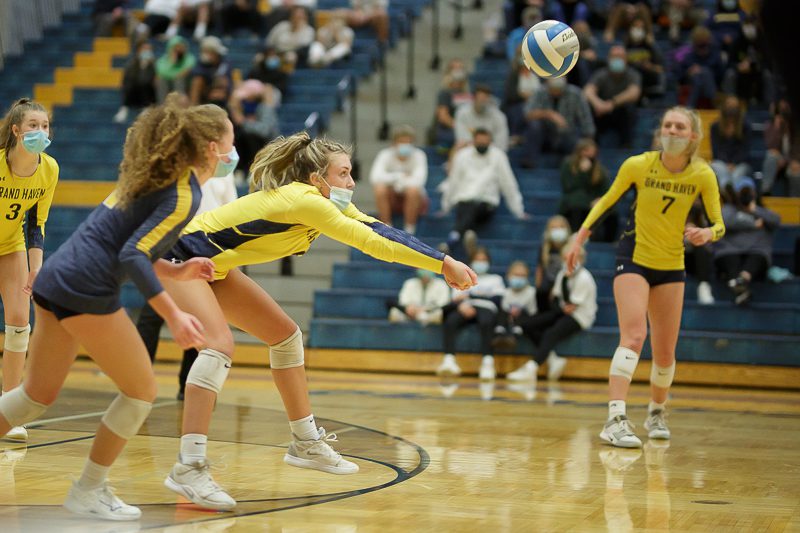 But Thursday’s title will stand out a bit from the rest for several reasons.

Grand Haven once again played with a shorthanded lineup due to COVID-19, and had face Holland West Ottawa, a team it lost to earlier in the season.

But the Bucs managed to overcome adversity and a disappointing second set to beat the Panthers 3-1 and claim yet another Division 1 district championship.

Grand Haven, now 24-16 on the season, will face the winner of Rockford and Greenville next Tuesday in the regional semifinals at Rockford High School.

“We lost two matches to teams in this district earlier in the year,” said Grand Haven coach Aaron Smaka. “But our expectation this season was to be playing our best volleyball at the end of the year to put ourselves in this position.”

The Buccaneers started the contest a little cold, trailing 4-1 at the beginning of the opening set. 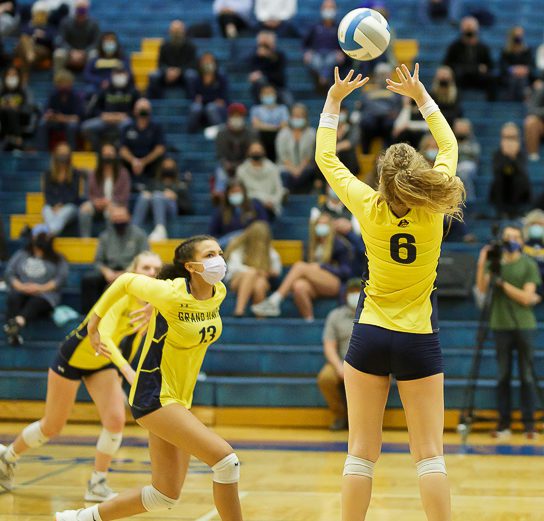 No. 13 Kam Burbridge gets set up by Samantha Boeve for Grand Haven. Photo/Randy Riksen

But the Bucs bounced back, closing the set with an 11-5 run, which included scoring the final three points.

Grand Haven’s Hallie Rittel had a long service run toward the end of the first set, while Mackenzie Gross had four kills to help spark the comeback win.

The third set was close throughout, with the largest margin between the teams being four points.

The Panthers managed to cut their deficit to 24-23 late in the set, but Grand Haven got the final point on a kill by Gross and took a 2-1 lead in the match.

Grand Haven never trailed in the fourth set, jumping out to an 11-5 lead with strong play in front of the net by Gross.

“She had probably one of her most dominating nights of the year,” Coach Smaka said about Gross. “Some of those balls she unloaded on were just vicious, and I am glad to see her play like that.”

The Panthers managed to tie the set at 12-12, but the Bucs dominated down the stretch by going on a 13-4 tear to close out the match.

Samantha Boeve and Josie Mast each had long service runs for Grand Haven in the fourth and final set.

Gross paced the Bucs with 28 kills and 22 digs, while Boeve had four aces and 47 assists. 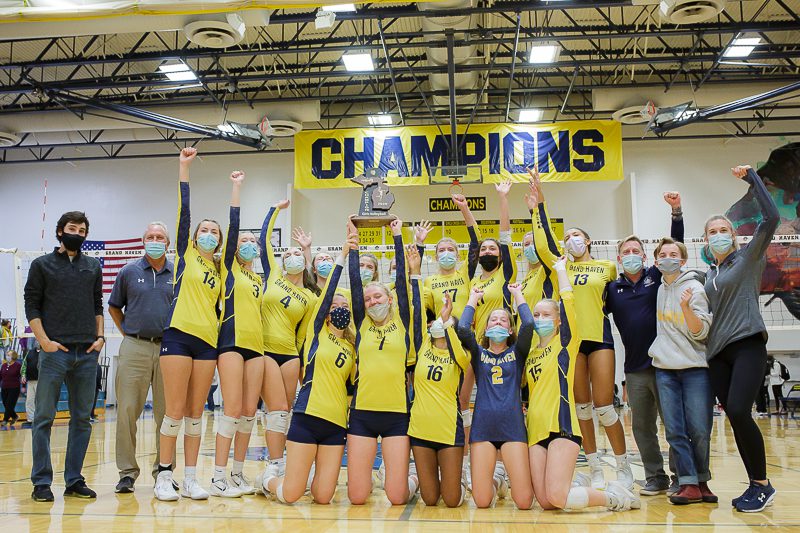 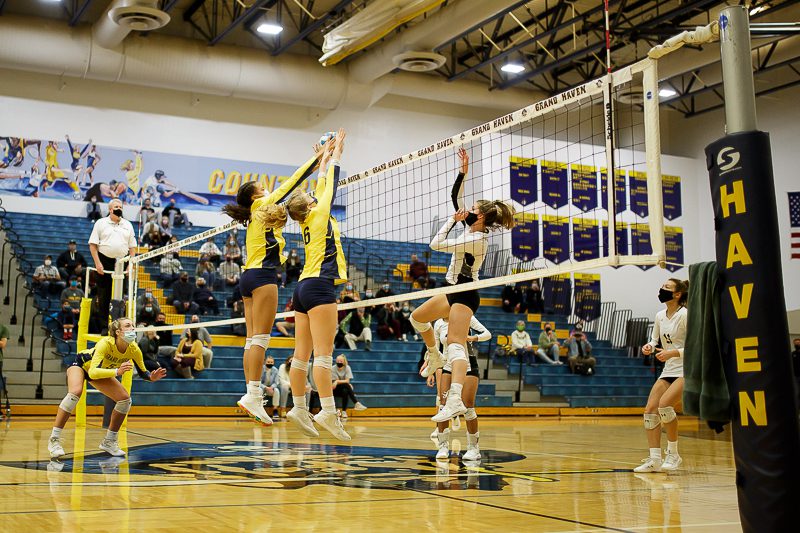 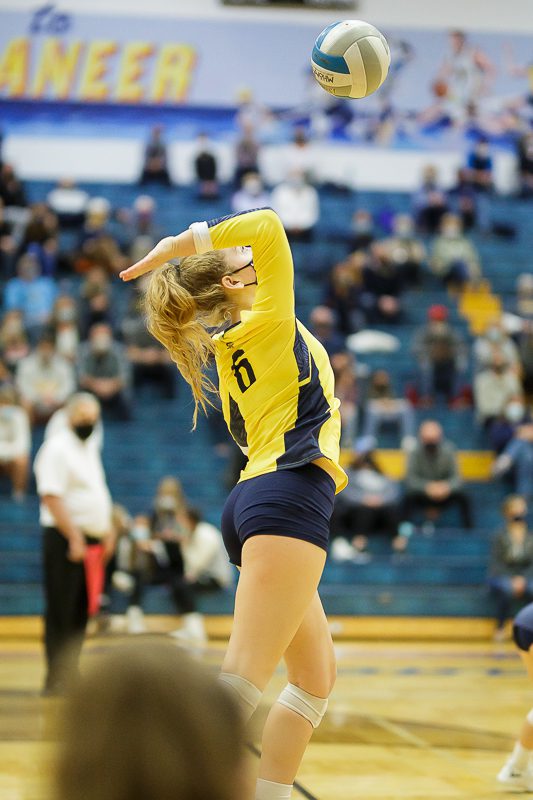 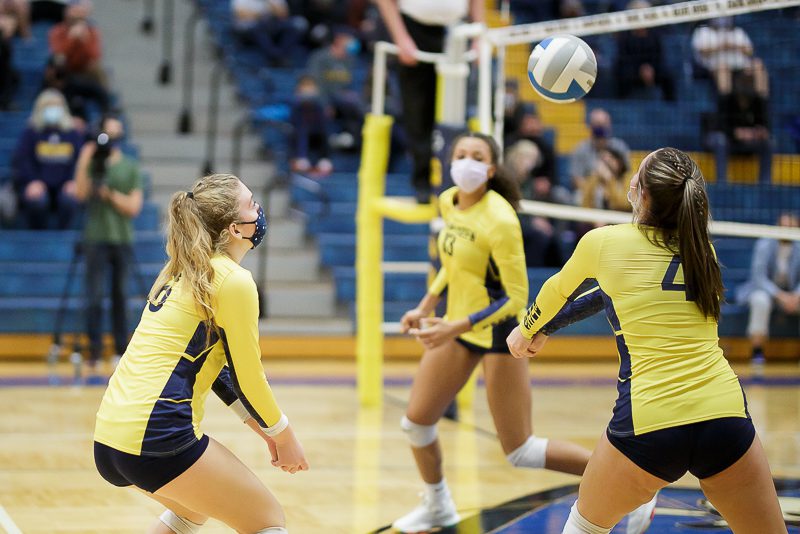 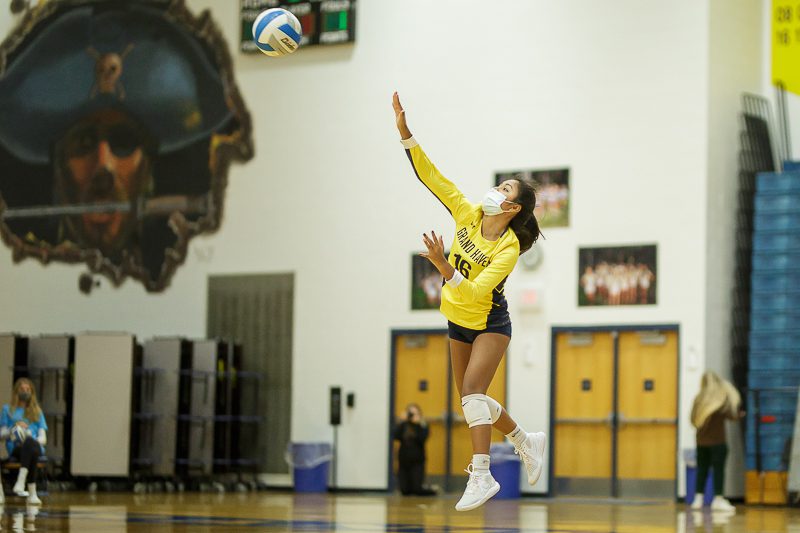 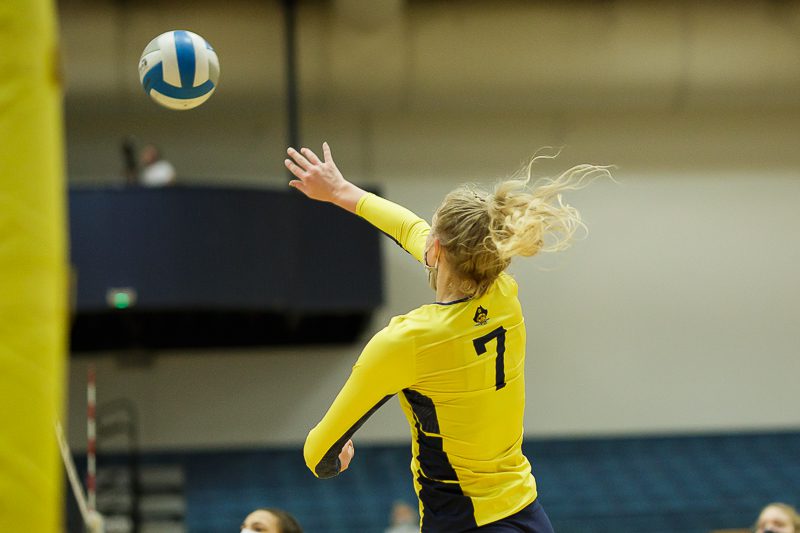 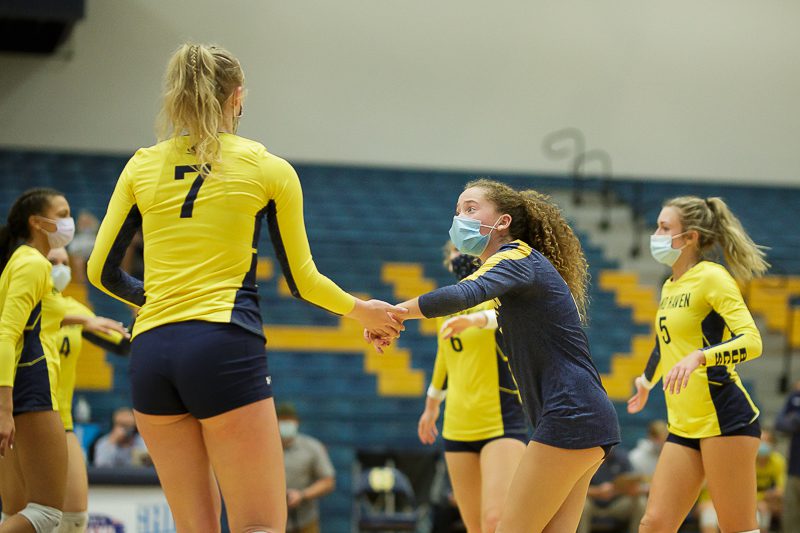 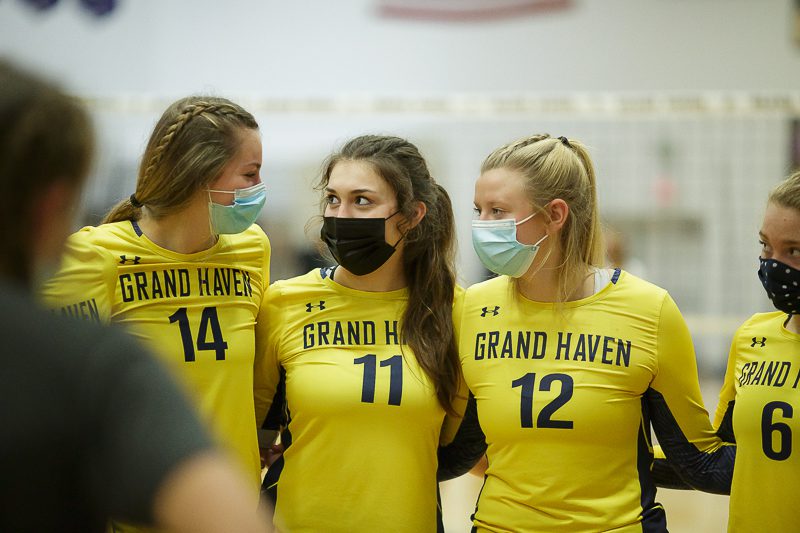 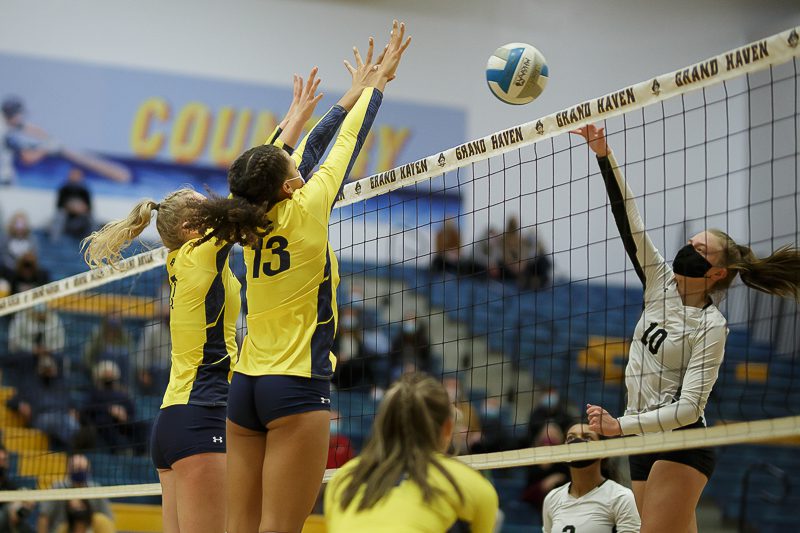 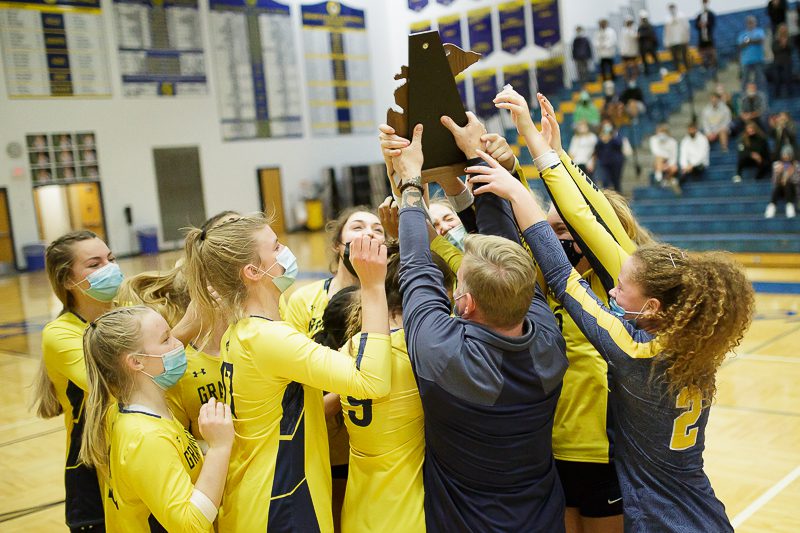 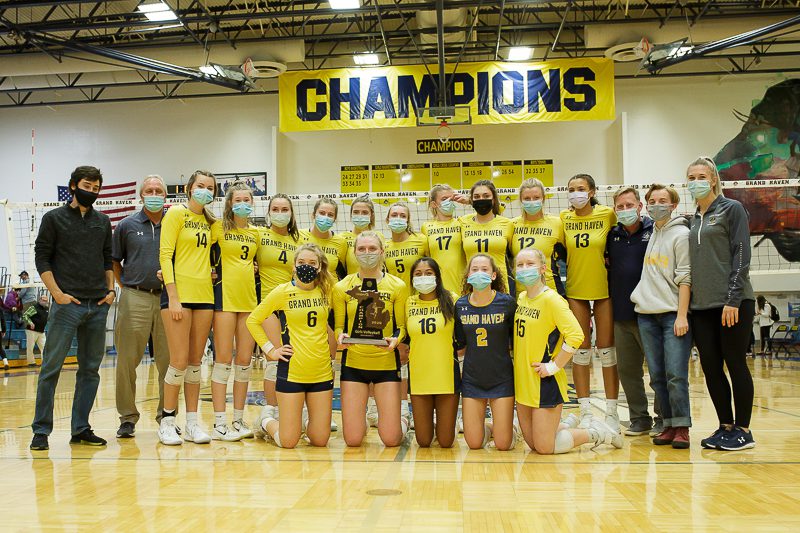 Lakes 8 girls: Fruitport gets by MCC while Ludington and Spring Lake post wins