ROCKFORD – They say it’s tough to beat a good team three times in one season.

But the Grand Haven volleyball team, which is good every year, learned that it can be done. 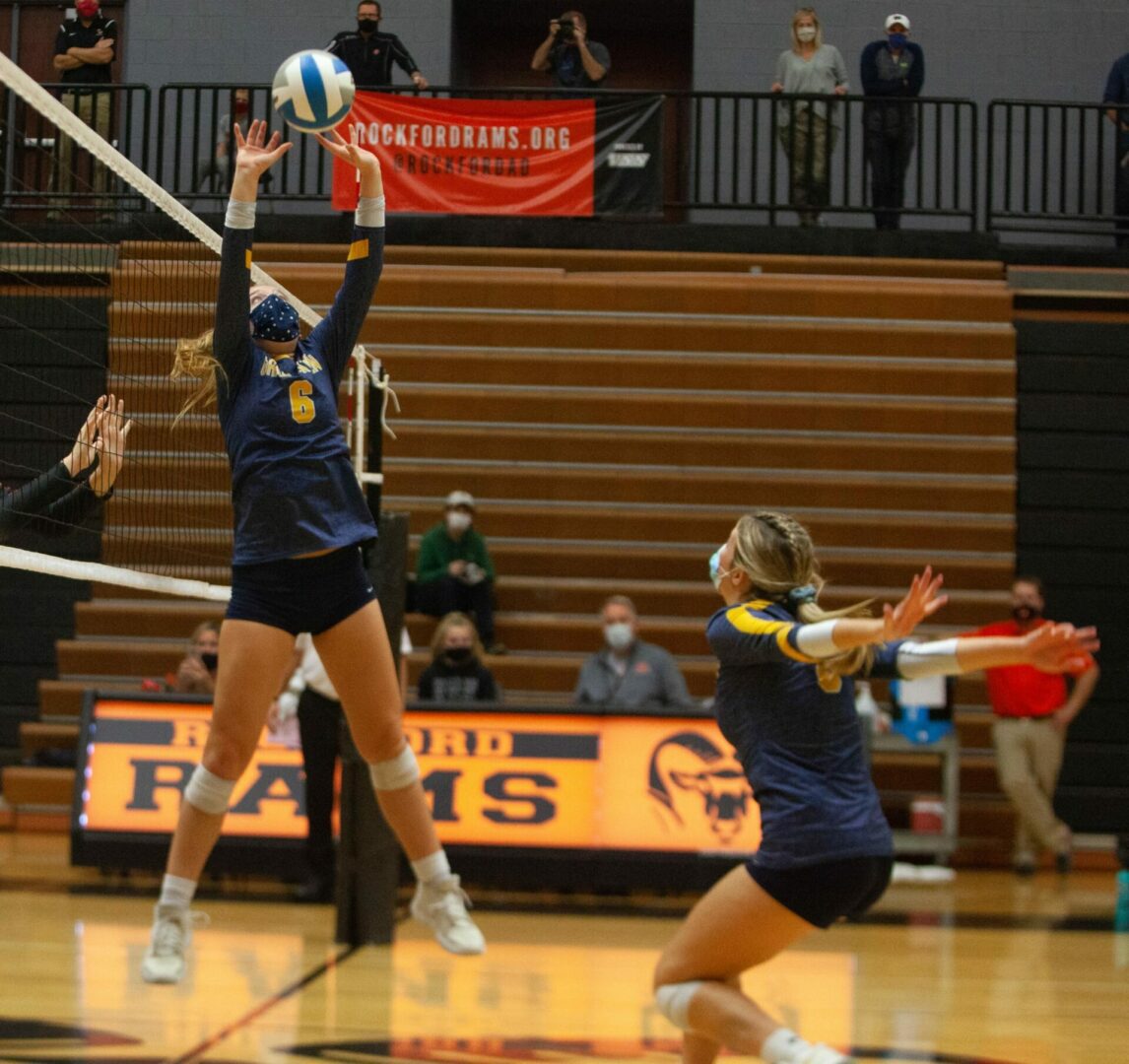 The Bucs lost two tough matches to Rockford during the regular season, with one going a full five sets, and the other going four.

That led the Bucs to believe they might be able to get over the hump and finally beat the Rams on Tuesday in a Division 1 regional tournament matchup in Rockford.

But it didn’t work out that way, and Grand Haven wrapped up its season with a tough 3-0 loss to the Rams.

“They passed the ball really well today,” said Buccaneers head coach Aaron Smaka about Rockford. “We couldn’t put enough pressure on them, so they were in system and had options.”

Grand Haven finished the season with a 24-17 record, and will lose nine seniors to graduation.

“You have 20 years of varsity experience between those kids,” Smaka said about his seniors. “Those kids have meant a lot to the program and they’ve been through all the battles. I’m proud of all of them.”

Grand Haven had its best chance to do some damage in the first set.

However, Rockford responded by winning six of the next eight points and took the set 26-24. 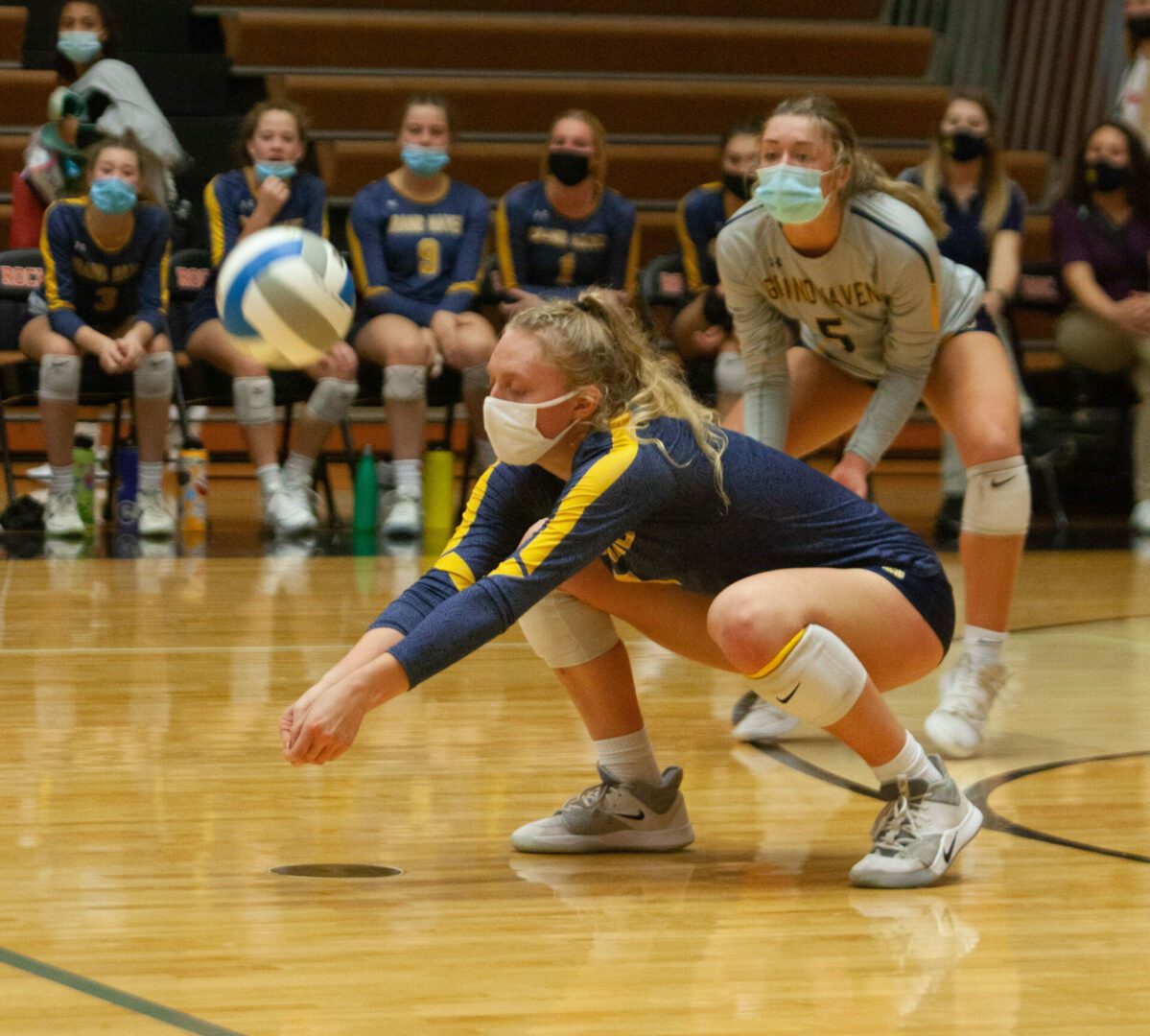 Grand Haven’s Mackenzie Gross gets the dig while No. 5 Hallie Rittel waits for her next play. Photo/Jason Goorman

In the second set, Rockford started out leading 11-9 before ultimately winning 14 of the next 22 points.

In the third set, the two teams started out relatively even with Grand Haven trailing just 9-8. The Bucs fell behind 16-10, fought back to within two points at 21-19, then lost four of the final five points as Rockford walked away with the sweep

“Obviously it’s tough,” said Gross about leaving the volleyball court for the final time as a Buc. “It’s really emotional. I’m just so thankful to have played with these girls for four years. I thought we played hard and fought to the end. It just didn’t work out in the end.”