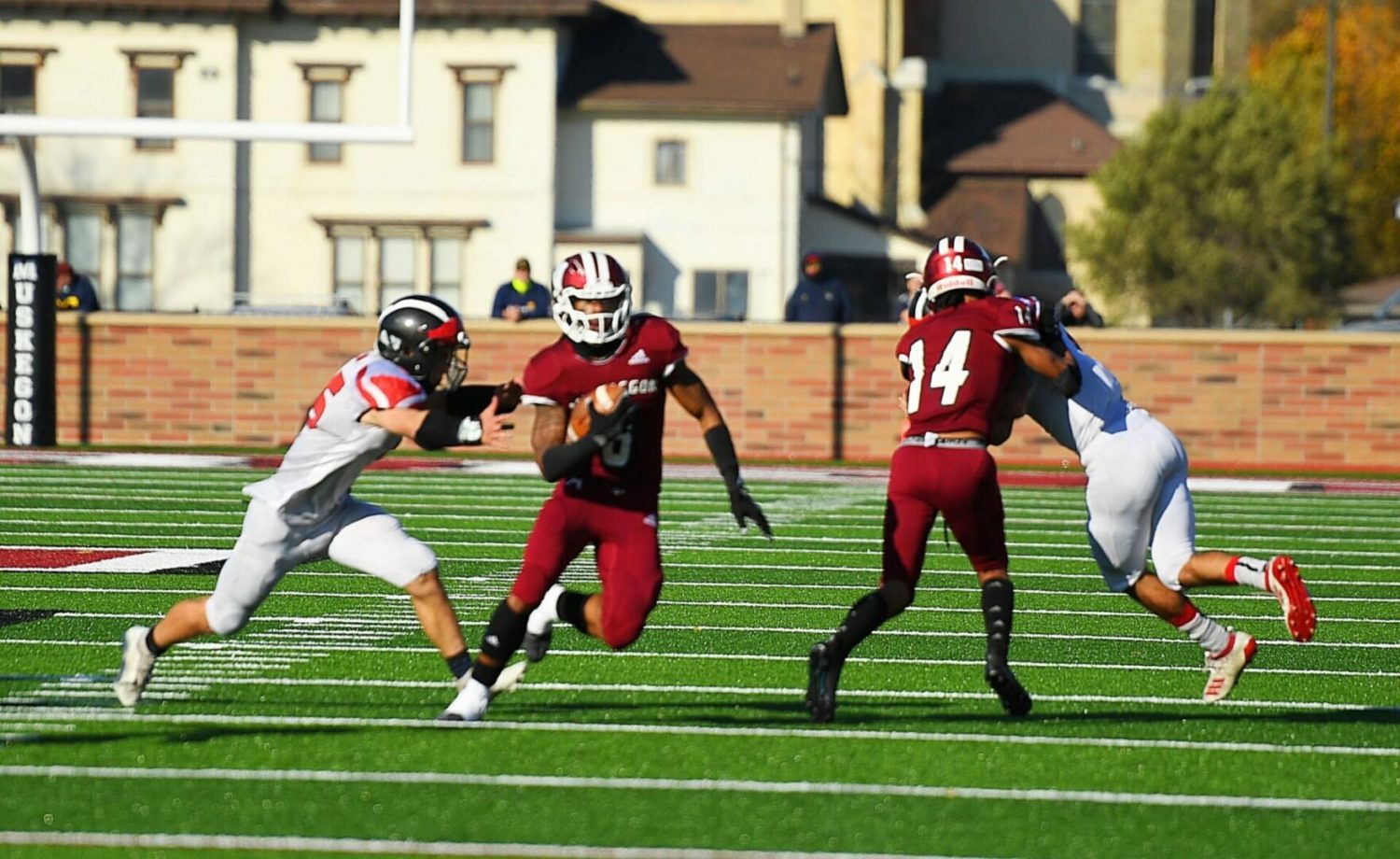 MUSKEGON – The Muskegon football team has never lost to Cedar Springs in three prior playoff matchups.

The games have been kind of close a few times, because the Red Hawks are one of those teams who seem to always give the Big Reds at least a bit of trouble. 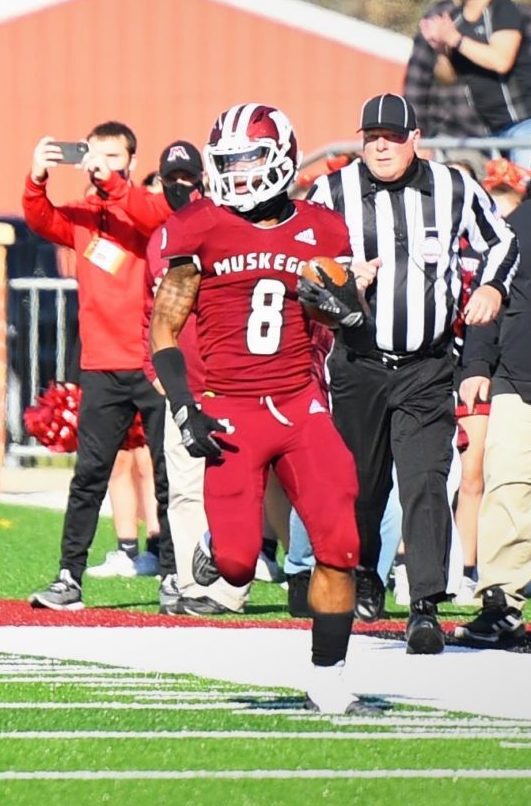 But that was certainly not the case on Saturday, when Muskegon started scoring early and downed Cedar Springs 34-12 in a Division 3 district semifinal game at Hackley Stadium.

The Big Reds, now 7-1, will host Marquette next Saturday at 1 p.m. in the Division 3 district finals.

The Big Reds had six offensive possessions in the victory and scored on five of them. The only time they had the ball and didn’t score was on the last possession of the game.

“We needed to take care of the football,” said Muskegon head coach Shane Fairfield about the offensive performance. “We put together our own drives and kept their offense off the field, and we capitalized and scored on drives, which is huge in championship football.”

Muskegon jumped out ahead 7-0 in the first quarter when Myles Walton plunged in a five-yard touchdown run with 5:21 left, and Adrian Ramos made the extra point.

On the first play of the second quarter, Muskegon quarterback Amari Crowley broke loose for a 30-yard touchdown run, extending the Big Reds’ lead to 13-0.

On the last play from scrimmage of the first half, Cedar Springs quarterback Jeremy Campione found Josh Kriekaard with a 12-yard touchdown pass to make the score 20-6 with two seconds left.

Muskegon took the second half kickoff and drove 68 yards on 11 plays while taking 7:05 off the clock. The drive was capped by a one-yard touchdown run on fourth and goal by Crowley, the PAT was good, and the Big Reds led 27-6 with 4:44 left in the third quarter.

Cedar Springs responded on its next possession when Alex Ream punched in a nine-yard touchdown run to cut the Red Hawks’ deficit to 27-12.

The final score came early in the fourth quarter on 22-yard touchdown pass from Crowley to Jeremiah Dault.

“I loved the offense holding on to the football,” said Fairfield about the win. “We sustained drives and showed poise and maturity.”

Crowley led the Big Reds with 84 yards and two touchdowns on 17 carries while Jacarri Kitchen totaled 77 yards on 15 carries. Walton had 72 yards on nine carries.

“We’re finally coming together,” said Crowley about his line coming together to help the offense excel. “It shows that we’re playing together and not just for ourselves. Everything is going good right now.”