MUSKEGON – A lot of players and coaches from Muskegon County’s four remaining teams in the state high school football playoffs had assumed the season was over.

Mona Shores, Oakridge, Muskegon and Montague all won district championship games on the weekend of Nov. 14. On Sunday of that weekend, they learned that the playoffs had been suspended, and they would not be playing regional championship games the following weekend, due to new state regulations imposed to address the spike in COVID-19 cases. 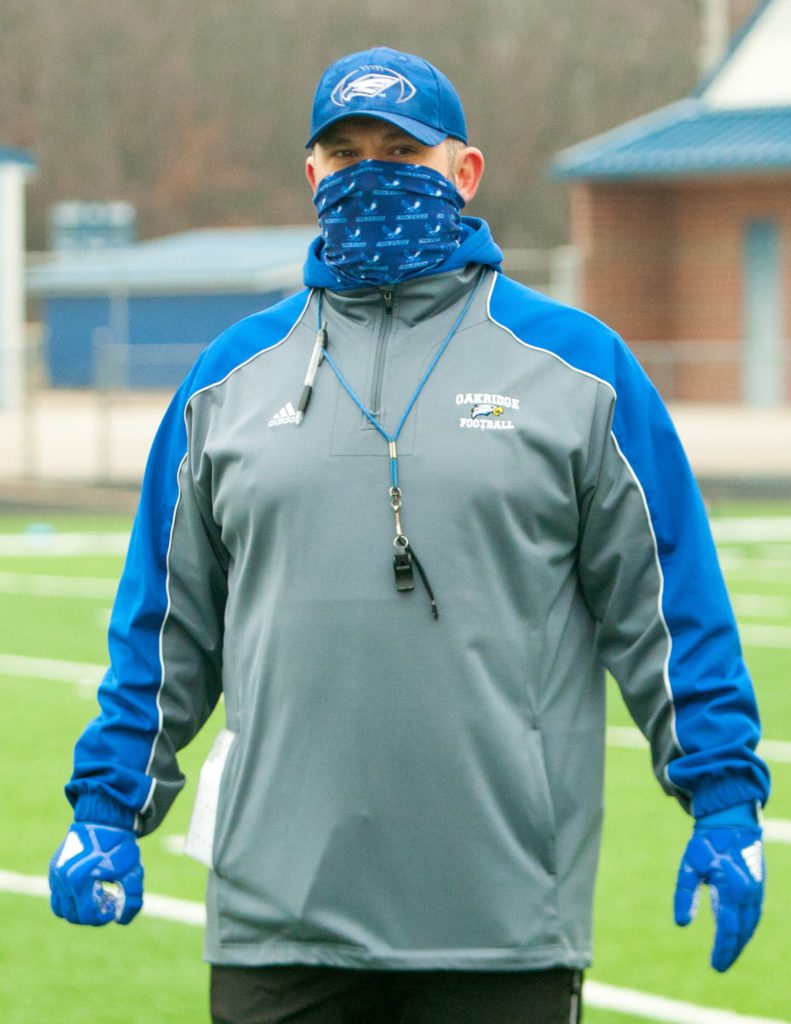 Oakridge Coach Cary Harger is happy to be back on the field with his team. Photo/Jason Goorman

The practices ended, the weeks went by, the playoffs remained on hold, and no good news came their way. Many of the players and coaches were starting to accept the idea that they would have to settle for being 2020 district champions, with no opportunity to advance.

But on Friday, the Michigan High School Athletic Association suddenly announced that it had reached an agreement with state officials, and the last three rounds of the playoffs will happen, after all.

The four local teams hastily dug out their equipment and got back to work on Monday afternoon, the first day of the two weeks allowed for practice. It was a challenging situation, hitting the field again in very cold temperatures, after weeks of inactivity.

But LocalSportsJournal.com visited two of the Monday practices, and found a bunch of guys who seemed more than eager to play again, despite the very strange circumstances.

Mona Shores Coach Matt Koziak and Oakridge Coach Cary Harger said the atbletes were thrilled to learn that their playoff runs would continue after the long delay. 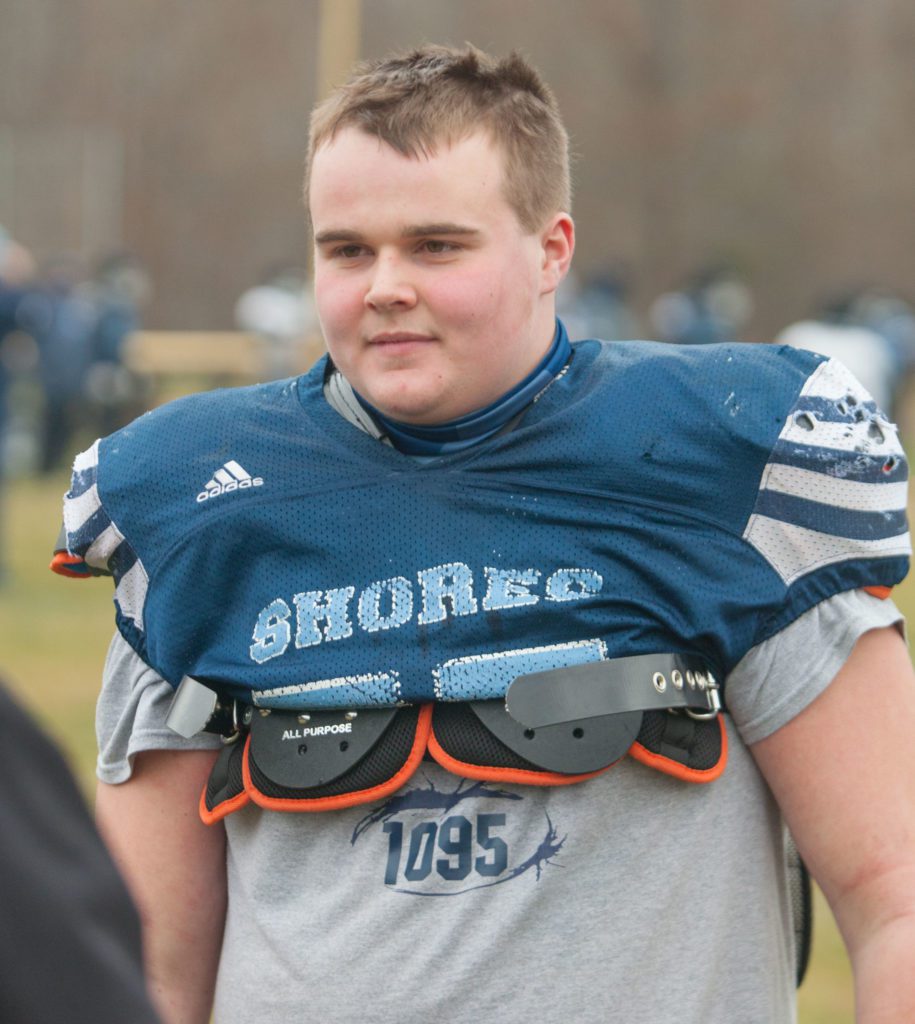 “I was stunned,” said Koziak, whose team will be trying to defend its 2019 Division 3 state championship. “After we got to three weeks off and didn’t get back by then, I didn’t know how they could do it. But it’s happening. We took a poll, and (the players) all wanted to come back.”

When the season was suspended last month, Harger had his doubts about the wisdom of starting up again, particularly in potentially harsh winter weather, after players had gone weeks without practicing and staying in football shape. But after seeing the players’ reaction to the latest news, Harger and his staff are all in.

“The biggest thing I felt better about was, during a Zoom meeting with the team yesterday, the looks on the kids’ faces,” Harger said. “So far only one of them told me he was working and was not going to be able to come back. Our numbers are great. Even the JV kids we called up for the playoffs wanted to come back.

“As they were out there moving around today, I heard a couple say how good it felt. Their mental health has probably gone up volumes just being out here.”

Both Koziak and Harger admitted that the situation is not ideal, particularly this time of year. The weather could turn out to be snowy, cold and miserable on Jan. 2, or in the semifinal round a week later. All of those games will be played outside.

There is still a possibility that the state finals will be played inside at their traditional site, Ford Field in Detroit, but that has not been officially announced.

Despite the challenges, the two coaches said everyone is pumped up and ready to get going again. 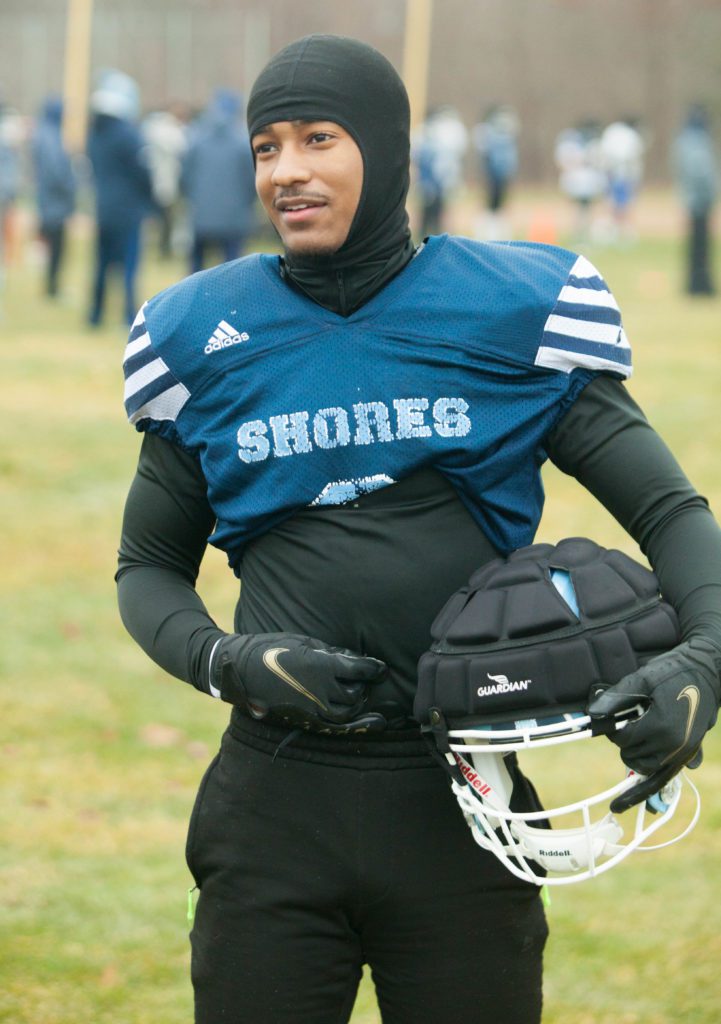 “There are a lot of teams out there that would love to trade places with us,” Koziak said. “We’re getting a chance to finish. It’s not ideal, but as a coaching staff we’re all excited to see the guys again. The kids came out with that energy today, and it’s just been great.

“(The unexpected break) threw everything off for everybody. It’s difficult for players to take five weeks off. You have to build up your bodies, and right now their bodies are not acclimated for it. The good news is that all of the teams are in the same boat.

“Mentally these kids have been put through the ringer – football off, football on, football  off. But they are living through history, and they will be talking about this far into the future. If there ever was a group that I would be willing to go through this with, it’s this group.”

Harger said it means everything for the Eagles to get the opportunity to finish the season on their own terms – win or lose – instead of having the final chapter written for them by state officials.

“That was a point one of my coaches brought up – we will have a determination of how our season will end,” Harger said. “We will be active participants in it, instead of just being told. That’s going to feel a lot more satisfying, having an opportunity to play and finish it out.”

Several players said they relished the opportunity to finish the season, even though the state finals were originally scheduled to be played almost a month ago.

Mona Shores senior Mason Klos said there was no doubt in his mind about playing again when he heard that his team would get a chance to finish what it started. 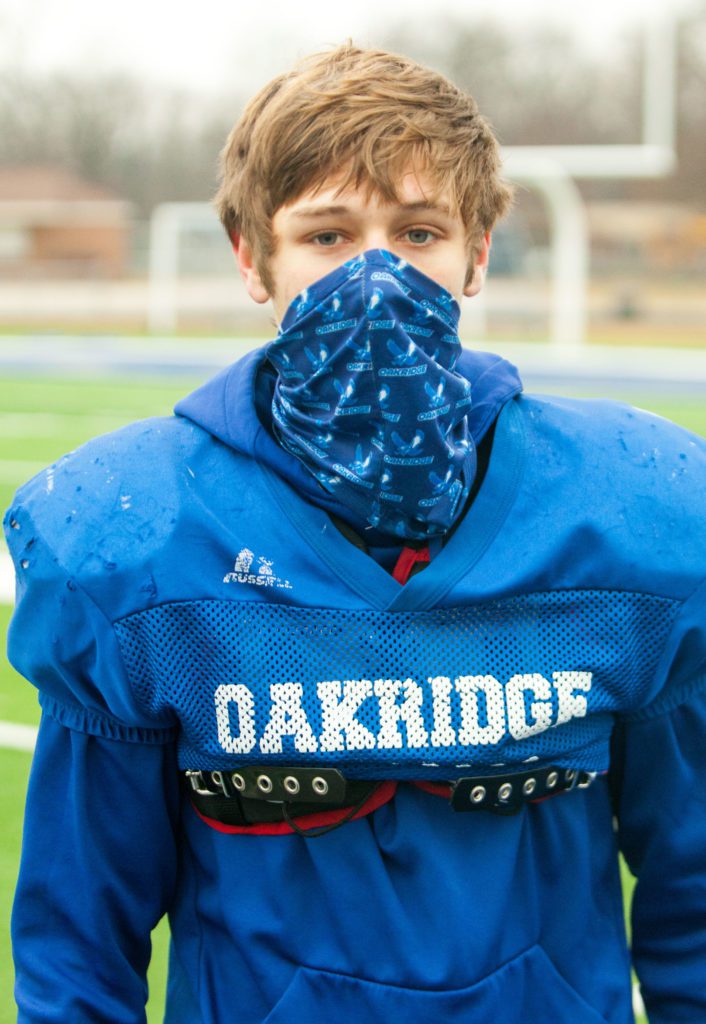 “Rumors started milling around, then when the MHSAA said we were playing again, I got really excited,” Klos said. “Five weeks of not doing anything, it takes a little toll.

“This means everything to the senior class. We’ve been dreaming about (winning a state championship) since middle school, we won it last year, and now we will have the opportunity to defend it.”

Mona Shores senior Keondre Pierce said he and several teammates have been having informal workouts on their own, and  are just as confident about winning another state title as they were five weeks ago.

“Me and my teammates know how to push each other,” Pierce said. “We’ve been working hard and trying to do everything we can. Me and a couple of guys have been coming out to the field and throwing the ball around. I’m just as confident. It’s my senior year and I just want to finish it out.”

Oakridge senior Gage Lamadline said he was very upset when he heard that the playoffs had been postponed, and was extremely excited when his mother came to his workplace last Friday to tell him the games were back on.

He said his team had started to drift apart as the weeks went by, and he’s thrilled to be back on the field with his friends, preparing to play the regional championship game that they earned the right to compete in.

“We had started to kind of lose that bond, it was like we weren’t a team anymore,” Lamadline said. “But now we’re back again. This is the best group of friends I got, and now we’re getting a chance to go out on our own terms, and we’re all happy to be back. It’s my last year, and I don’t’ care what the (weather) conditions are. I’m going to give it everything I got.”