MONTAGUE – It has been eight long weeks since Michigan high school football players took the field for district championship games.

One of the district winners, Montague, is particularly excited about finally resuming play and pursuing its goal of winning a state championship, after a disappointing overtime loss last year in the state semifinals against Maple City Glen Lake, as well as losses in the state finals in 2018 and the regional finals in 2017. 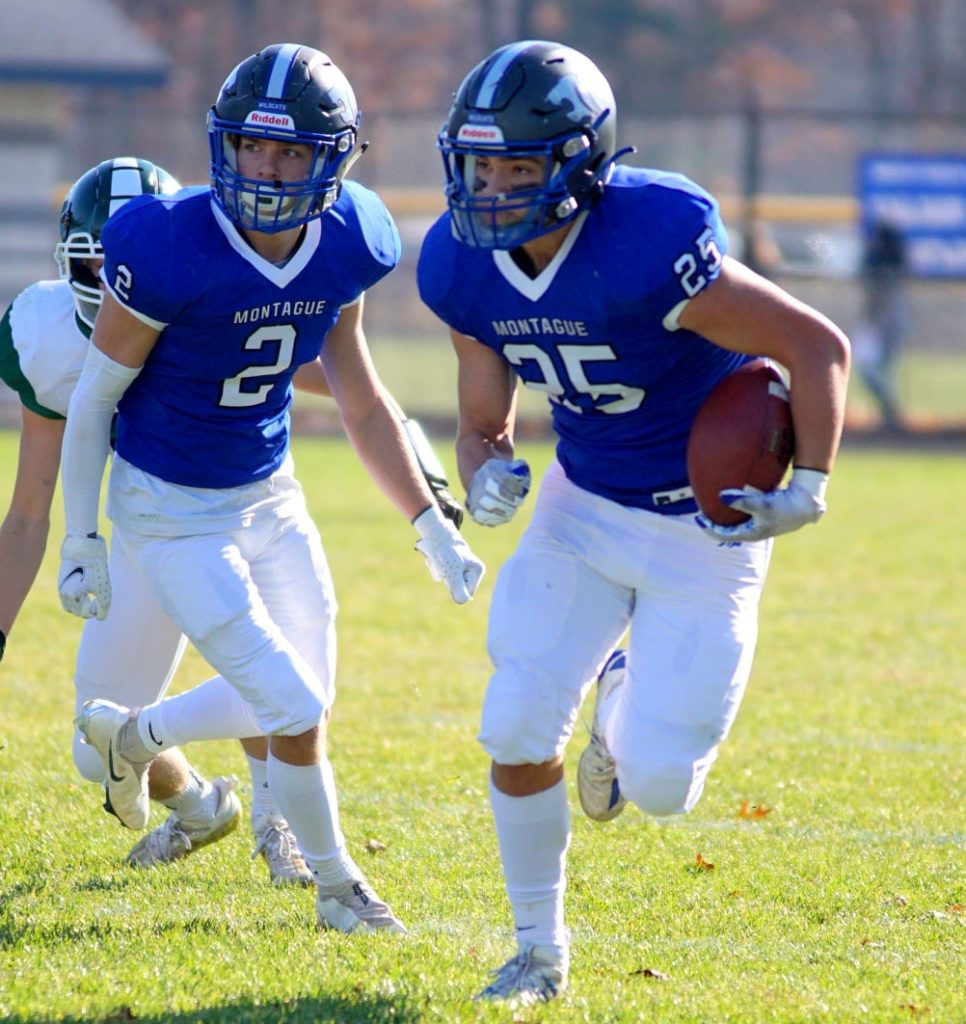 Montague captured a Division 6 district title in its last contest back on Nov. 13 by defeating previously-unbeaten Muskegon Catholic Central 36-7. That sent the Wildcats to the regional finals against Montrose, and they will finally host the Rams this Saturday at 1 p.m.

This game was originally scheduled to be played on Nov. 21,,but was postponed after the state ended all high school sports activities due to a spike in COVID-19 cases.

It was going to be made up last Saturday, but was pushed back a week after the state and Michigan High School Athletic Association said more work was needed to train school personnel in administering COVID-19 testing to athletes.

All the waiting has been frustrating for the Wildcats, but has also made them more determined to take full advantage of their restored playoff opportunity.

“We are grateful for the opportunity to play,” said veteran Montague head coach Pat Collins. “Our past difficult moments have driven this team to complete its goal, and that is a tribute to this program.”

If the Wildcats manage to beat Montrose, they will face the winner of Negaunee and Grayling in the state semifinals next weekend.

Montague, 9-0, is having yet another great season. The Wildcats won the West Michigan Conference with a 6-0 record, beating Hart 55-0, Oakridge 42-6, Ravenna 48-6, Shelby 63-0, and North Muskegon 41-17. Their toughest conference challenge came against rival Whitehall, when they won a 34-31 overtime thriller.

Montague has been dominant in the playoffs, thrashing Hart in a rematch 75-0, Clare 50-7, and finally Muskegon Catholic by 29 points in a local showdown that many expected to be a barnburner. 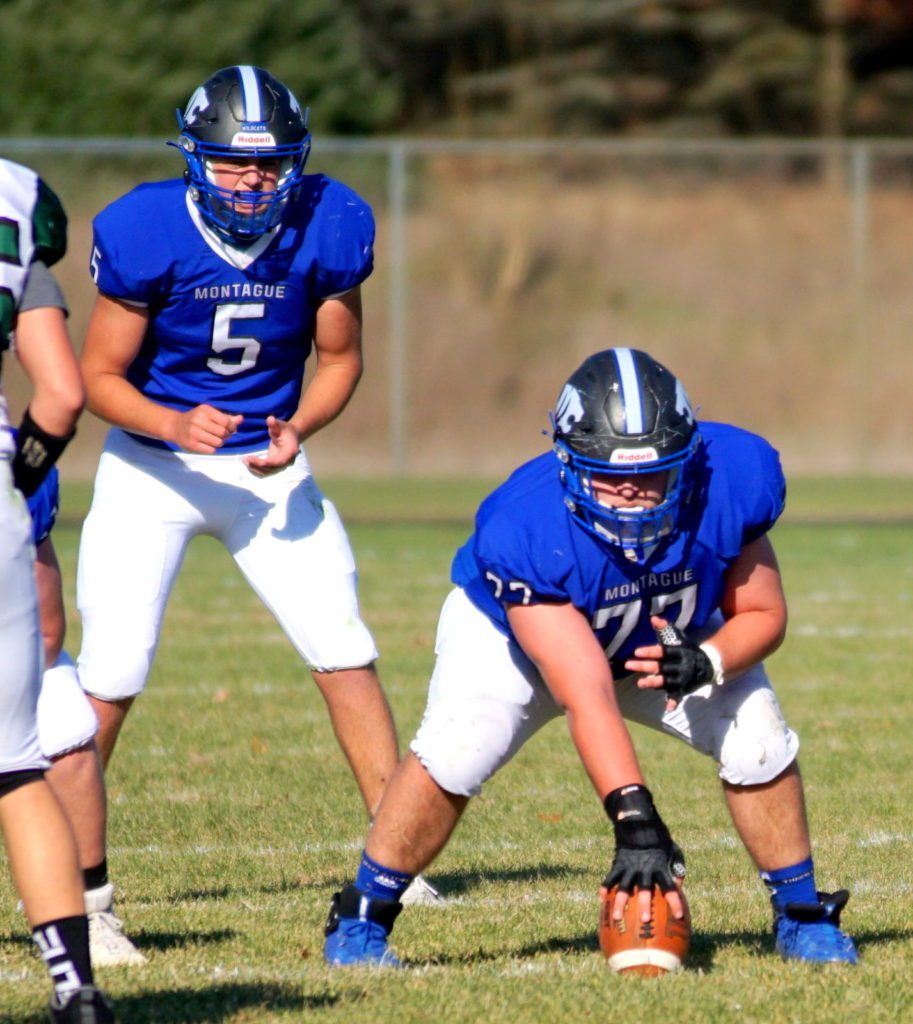 Quarterback Drew Collins calls out signals while awaiting the snap from No. 77 Hayden McDonald during the Wildcats’ win over Clare. Photo/Leo Valdez

Coach Collins does not feel that the long layoff or colder conditions of playing in January will affect his team in a negative way.

“I don’t see a bit of a difference with the conditions that we will face on Saturday,” Collins said. “We have played in similar conditions in past seasons.”

The Wildcats have been led offensively by All-State senior quarterback Drew Collins, who has thrown for 1,412 yards on 112-for-162 passing with 17 touchdowns.

Collins is also a major threat in the ground attack, leading Montague with 613 rushing yards on 99 carries while scoring 15 touchdowns.

Adding to the potent rushing game is running back Dylan Everett, who has 568 yards on 71 carries with 11 touchdowns.

Montague also has a strong receiving corps, led by Tugg Nichols with 37 catches for 384 yards and three touchdowns and Sam Smith with 326 receiving yards on 25 catches and five scores.

“They are a one-two punch behind a great offensive line and wide receiving corps,” said Collins about his quarterback and running back. “They complement each other well in both their styles of play.”

The Wildcats have  also dominated defensively, allowing an average of just over seven points per game this season, including three shutout victories.

“We lost a lot of solid players on defense from last year’s squad,” Collins said. “These players have progressed quickly with some changes we made defensively.”

The Wildcats will have their hands full on Saturday against a Montrose team that has posted an 8-1 record this season and has made the postseason for 11 straight years. The Rams, who have outscored opponents 355-156, advanced to the regional finals last year before being eliminated, and the state semifinals the year before.

“They have a great program, which is always a factor in high school football,” said Collins, whose team has never played the Rams. “They have a great quarterback and running back, just like we do, and they have some All-State players on defense.”

Ironmen finally get a quality opponent, lose a heartbreaker to West Virginia 33-28