MUSKEGON- The Muskegon Lumberjacks’ newest acquisition made a great first impression in his first contest with the squad on Friday night.

Forward Nick Portz, who was acquired in the trade that sent Rhett Pitlick to Tri-City early this week, scored the first two goals of the contest, then picked up two assists. 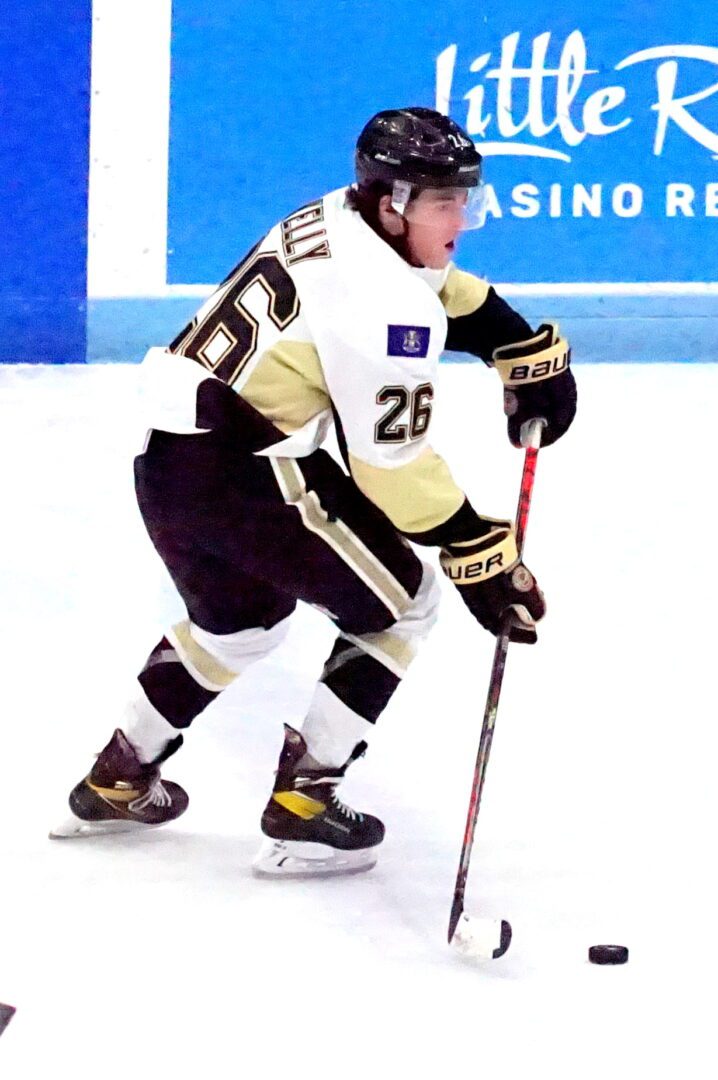 Portz helped lead the Lumberjacks on an offensive explosion that led to a 9-4 pounding over Team USA’s Under-17 squad at Muskegon’s Mercy Health Arena.

The Lumberjacks improved to 14-7-1 on the season, good for 29 points and second place in the USHL’s Eastern Conference. Muskegon, which has won its last four home games, will rematch with the Under-17 squad on Saturday night.

“You never know what you are going to get in those trades,” said Lumberjacks coach Mike Hamilton. “At the end of the day we knew we were getting a player that was defensively responsible and averaged almost a point per game last year. A four-point night is special.”

Portz showed great chemistry with his new linemates – captain Dylan Wendt, who had a goal and an assist, and Danil Gushchin, who added two assists.

“It’s been awesome so far,” said Portz. “The guys have been really good with bringing me in and making me feel a part of the team. It feels good and I have to give credit to the guys making the transition easy.”

Jack Williams also had a strong outing with two goals and an assist, while Quinn Hutson and Ben Strinden chipped in with two assists apiece. Both Bradley Marek and John Larkin contributed with a goal and an assist.

Portz opened the scoring with goals at the 4:58 and 9:20 marks of the first period to give Muskegon a 2-0 advantage. 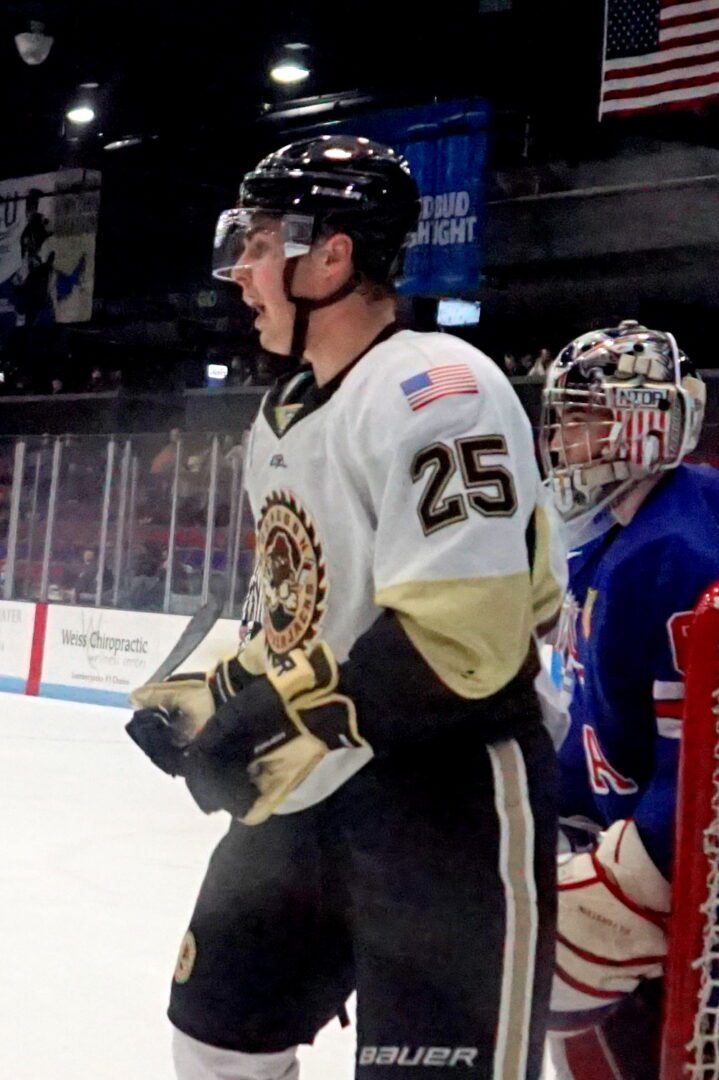 “We had a three- or four-minute span where we got away from the game plan,” Hamilton said. “It wasn’t Reid’s fault by any means, but you’re looking for a save every once and awhile. It wasn’t anything he (Reid) did, we were just looking for a spark and it worked out.”

Muskegon tied the game 3-3 with a power play goal from Williams 19:11 into the opening period.

The Lumberjacks continued their offensive onslaught in the second period, outscoring Team USA by a 4-0 margin. Wendt (1:25), Owen Mehlenbacher (5:57), Williams (13:57) and Frankie Carogioiello (15:39) each connected with goals to give Muskegon a 7-3 lead heading into the third period.

The Lumberjacks increased their advantage to 9-3 with goals from John Larkin and Marek, 8:14 and 13:48 into the third period, respectively.

Team USA closed out the scoring with a tally by Devin Kaplan at the 16:11 mark of the third period.

The Lumberjacks outshot Team USA by a 40-18 margin. Skorpik stopped 12 of 13 shots in net for Muskegon. 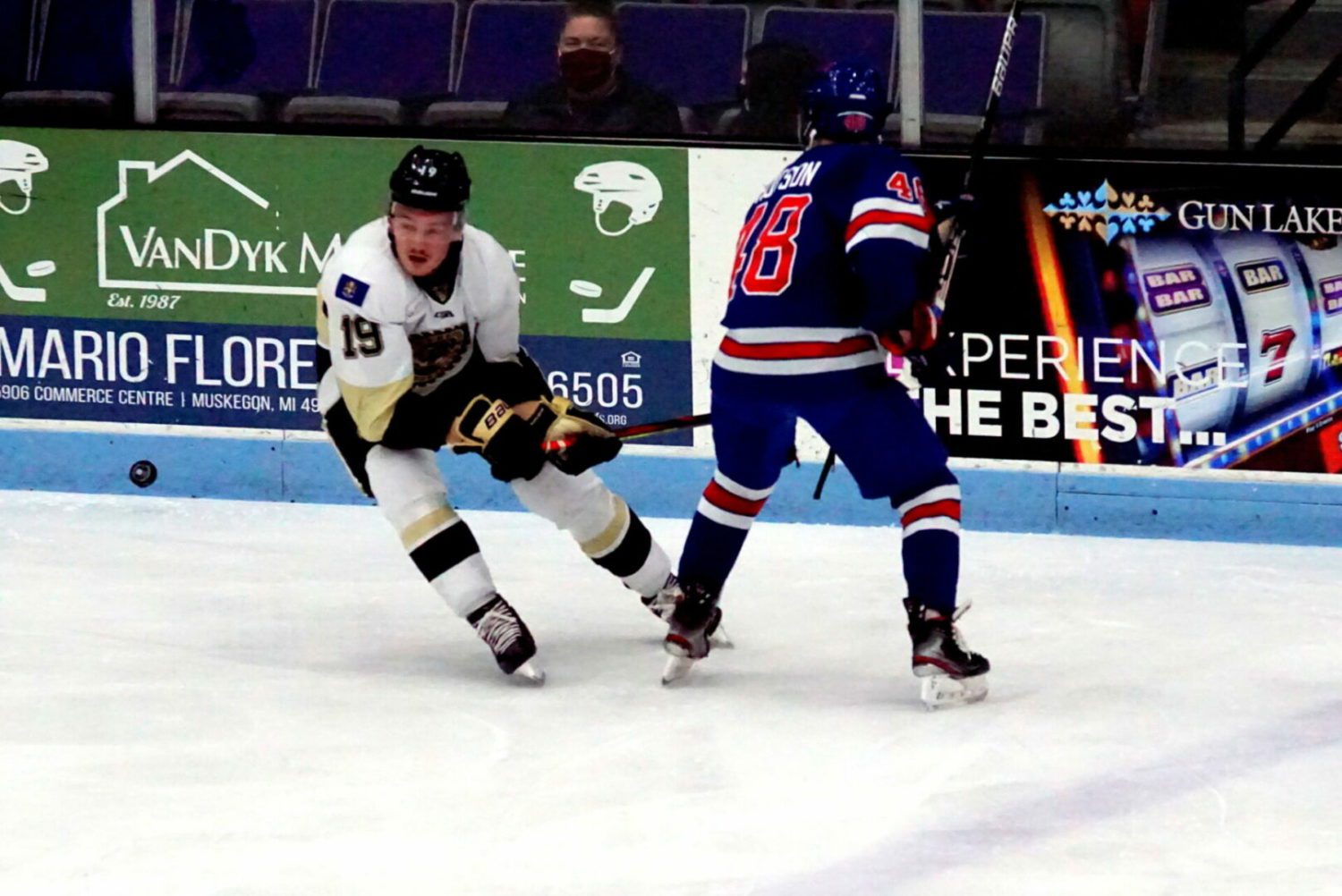 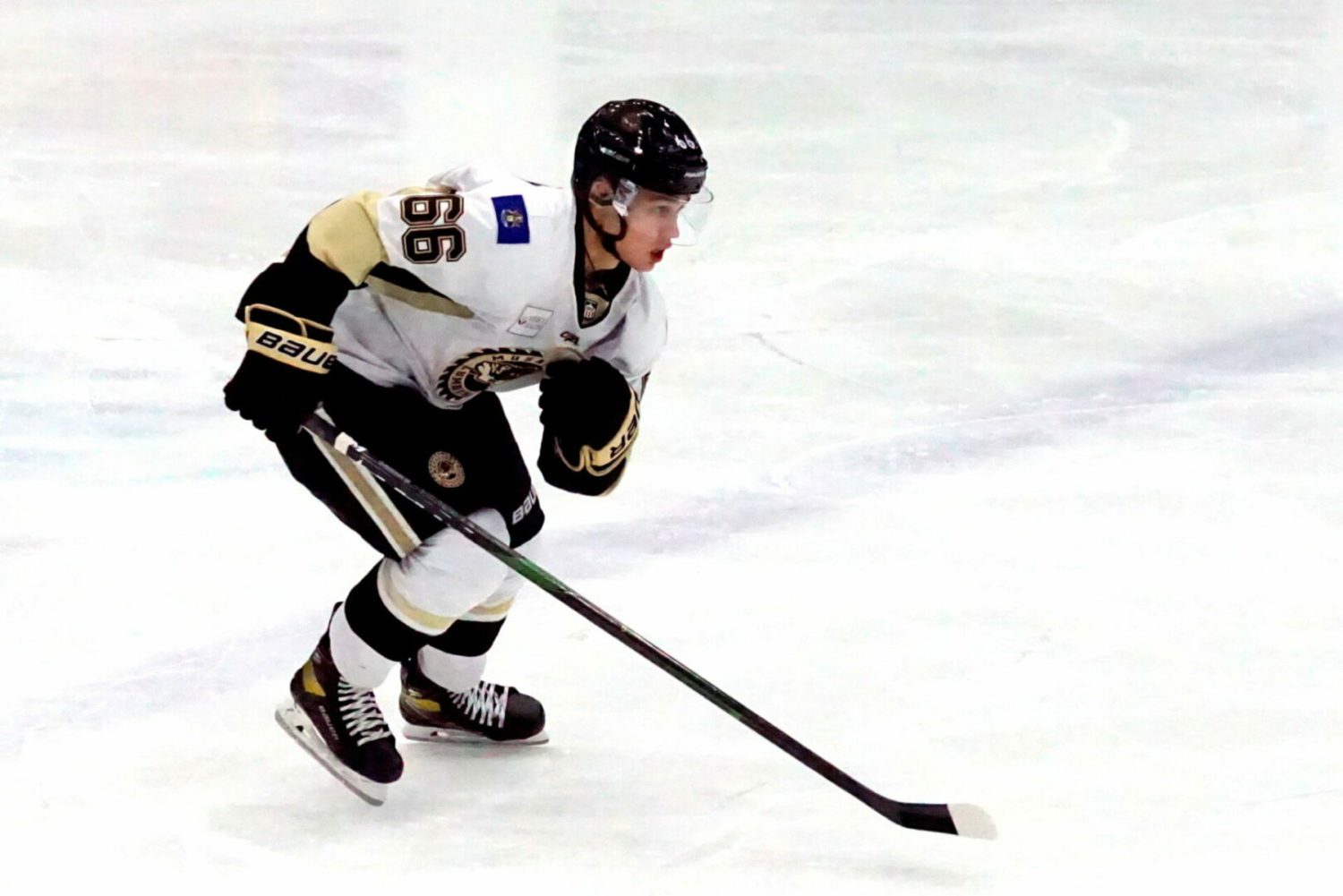 Daniel Gushchin moves his way up the ice for Muskegon. Photo/Leo Valdez 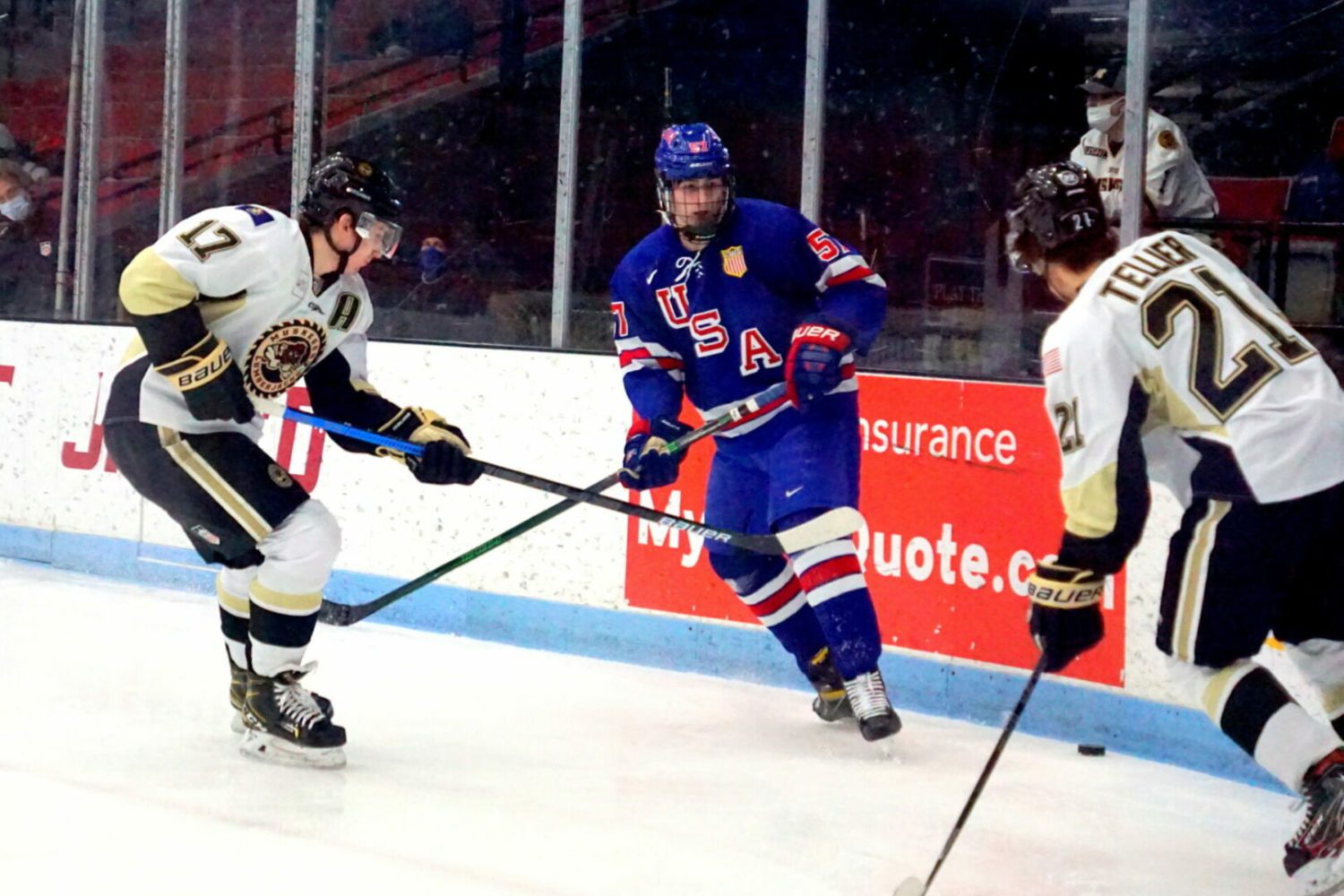 Muskegon forward Cameron Berg goes to poke the puck out of the corner with teammate No. 21 Christophe Tellier. Photo/Leo Valdez 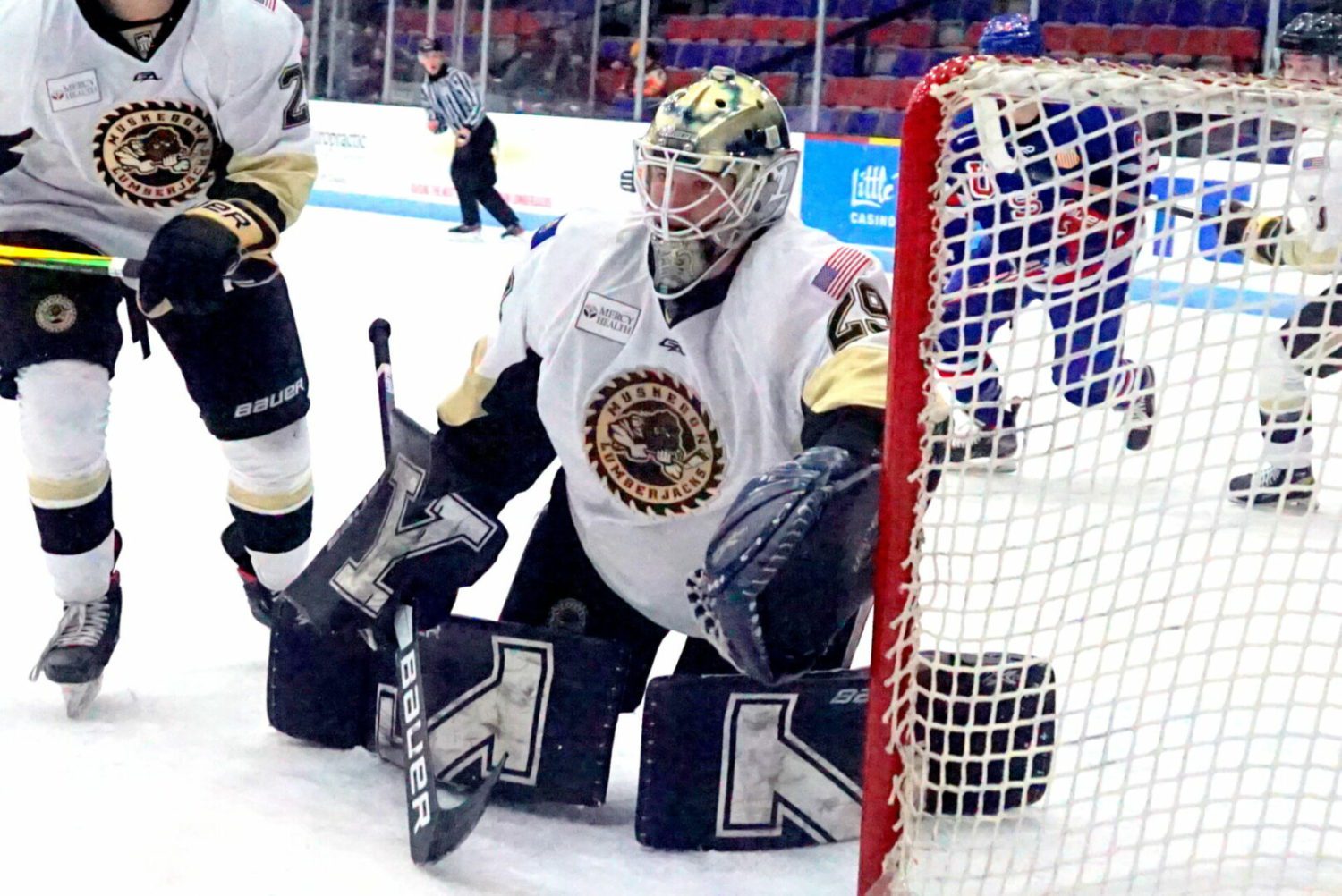 Nathan Reid goes to seal off the post after posting a save for Muskegon. Photo/Leo Valdez 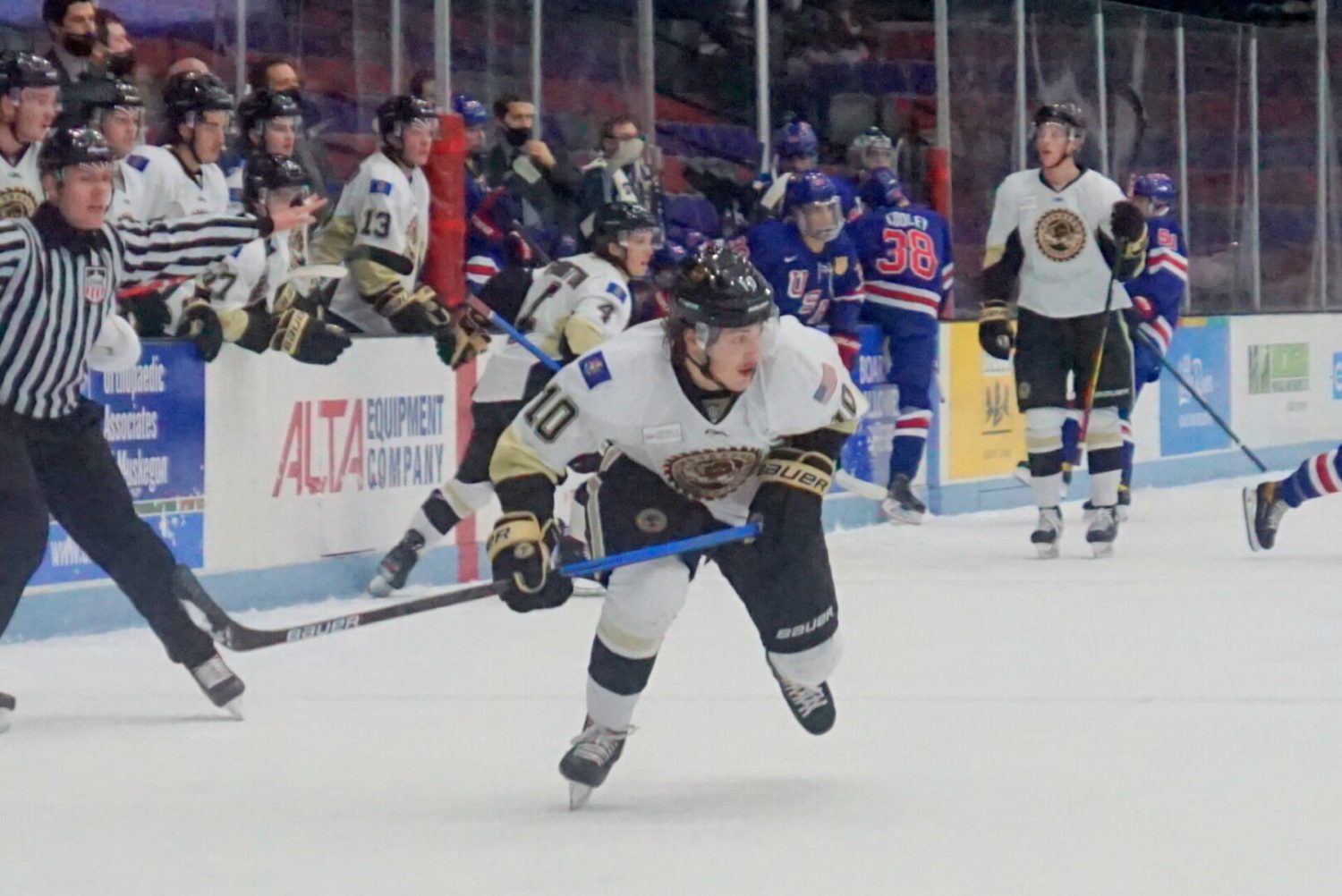 Muskegon’s No. 10 Jacob Gavin hustles back on defense. Photo/Leo Valdez 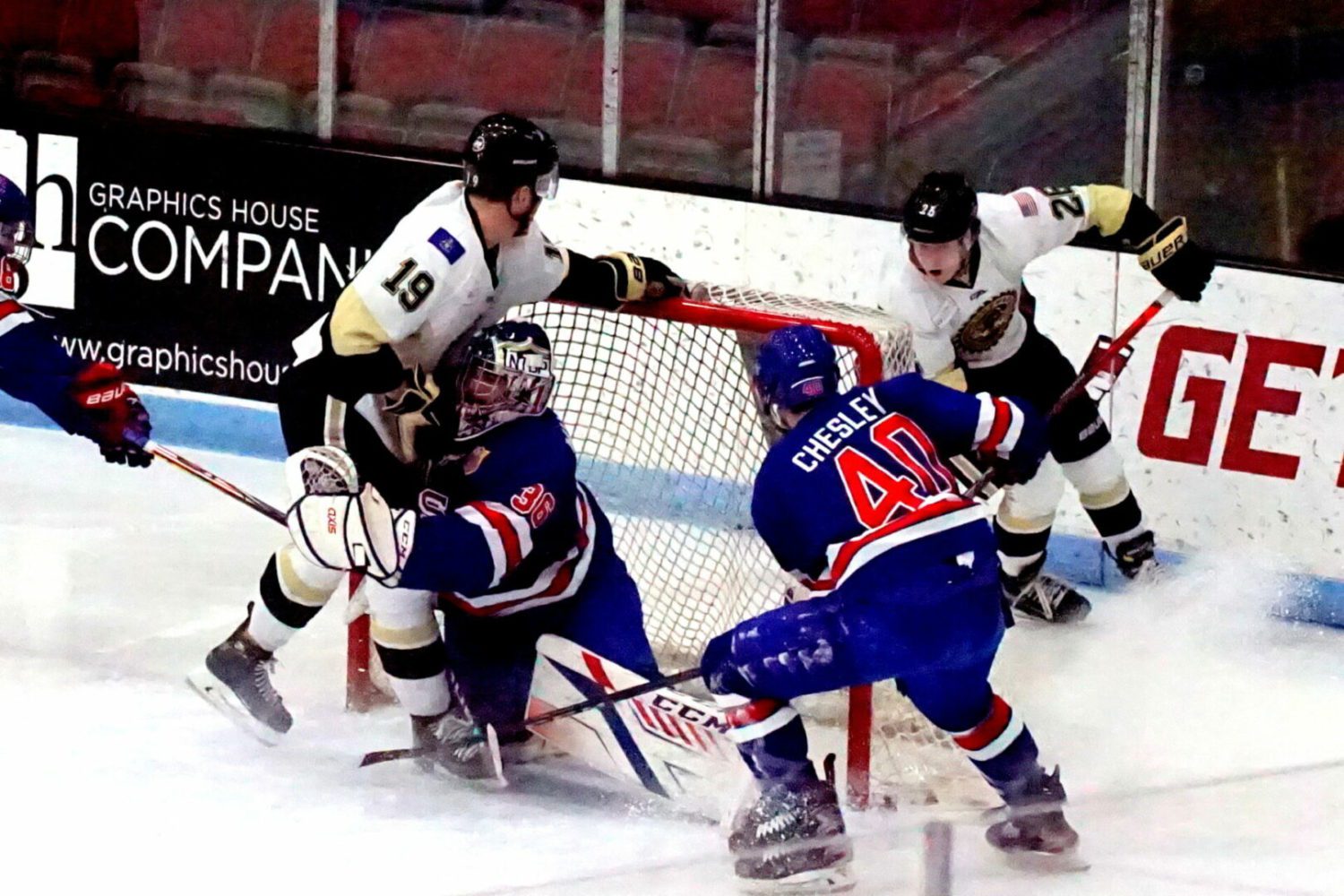 No. 19 Bradley Marek gets up close to the net with No. 26 Tanner Kelly turning with the puck behind the Team USA goal. Photo/Leo Valdez 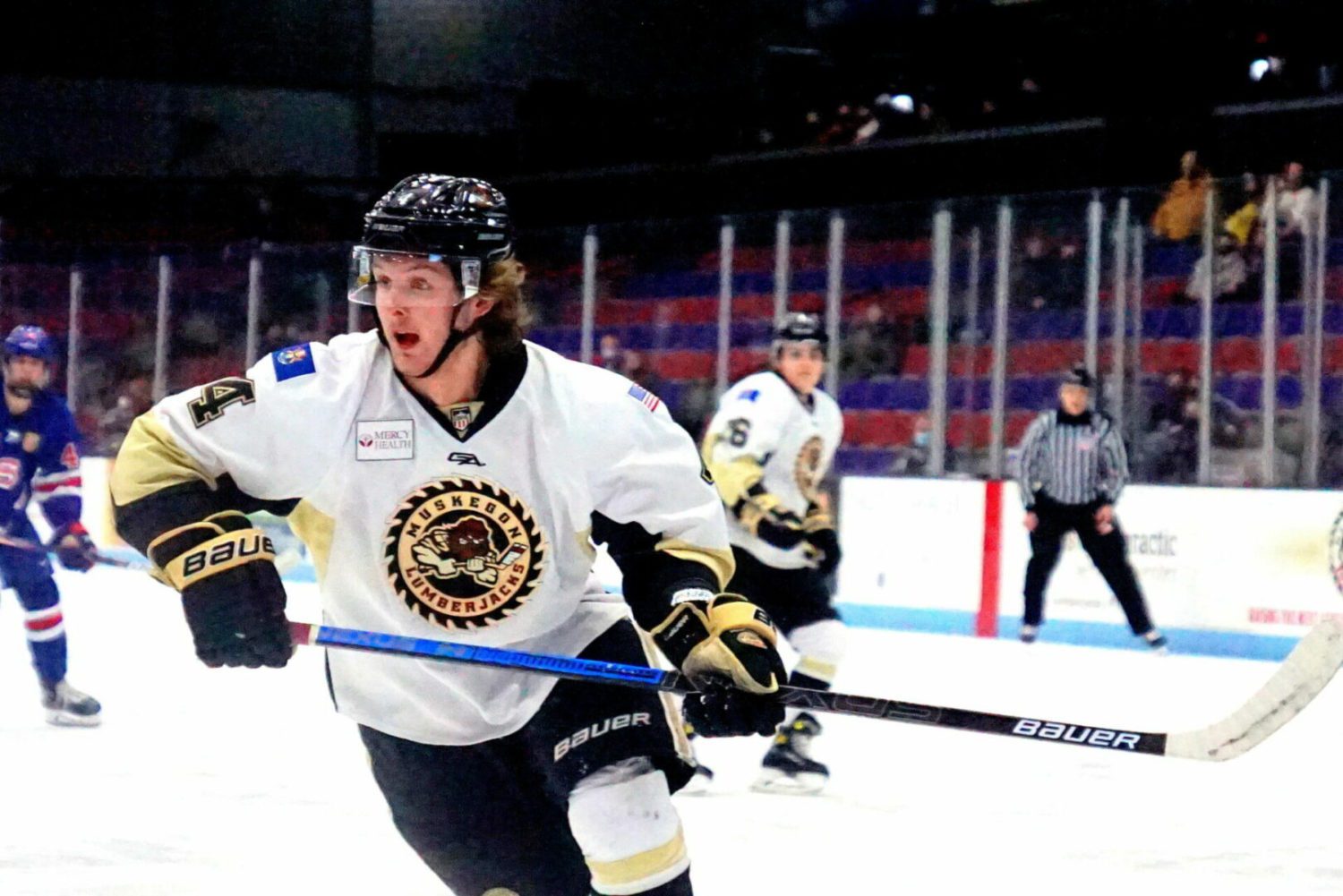