MCC trailed 10-9 after one quarter and 18-14 at halftime, but took the lead in the third quarter and led 28-22 heading into the fourth. 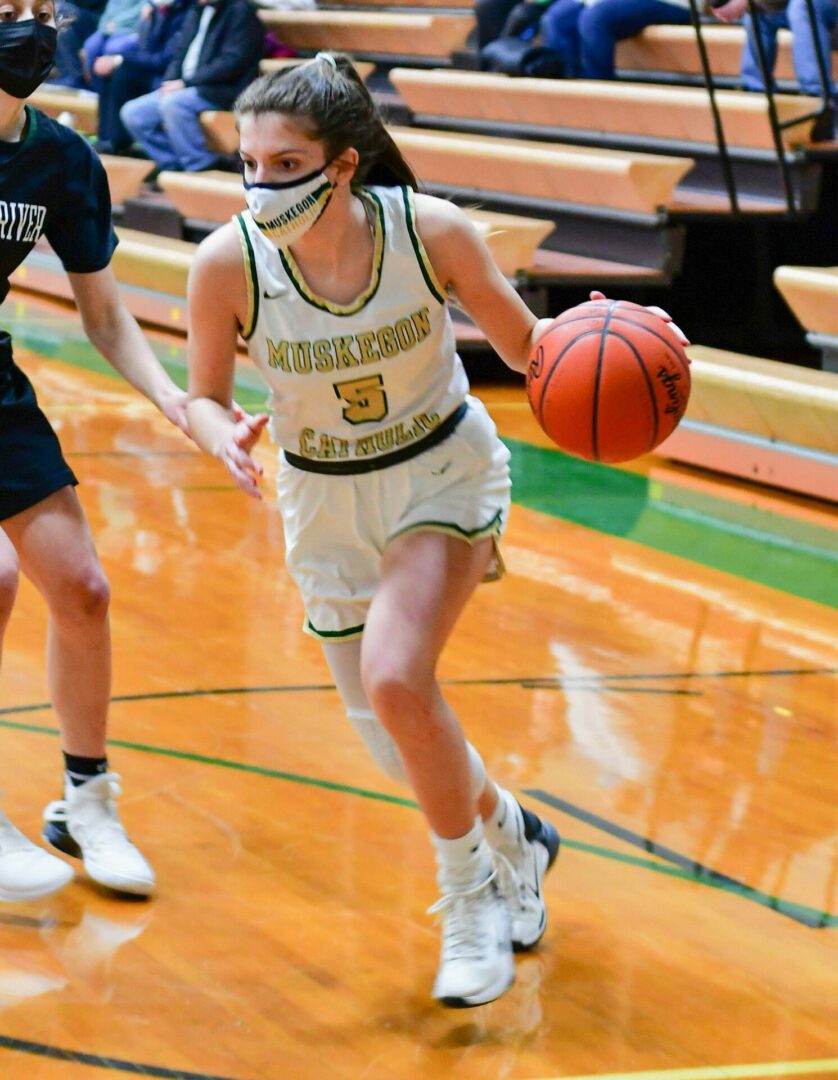 WESTERN MICHIGAN CHRISTIAN 75, MANISTEE 13 – Taylor Folkema scored 30 points for the Warriors to lead the team to victory, and reached the 1,000 point mark in her varsity career.

Kyla Wiersema put up a double-double for Western Michigan Christian with 18 points and 16 rebounds.

KENT CITY 79, HOLTON 9 – The high-flying Eagles held the Red Devils without a point in the first half and led 46-0 at the break.

Bowers went over the 1,500 point mark for her career while Harrison eclipsed the 1,000 point mark. 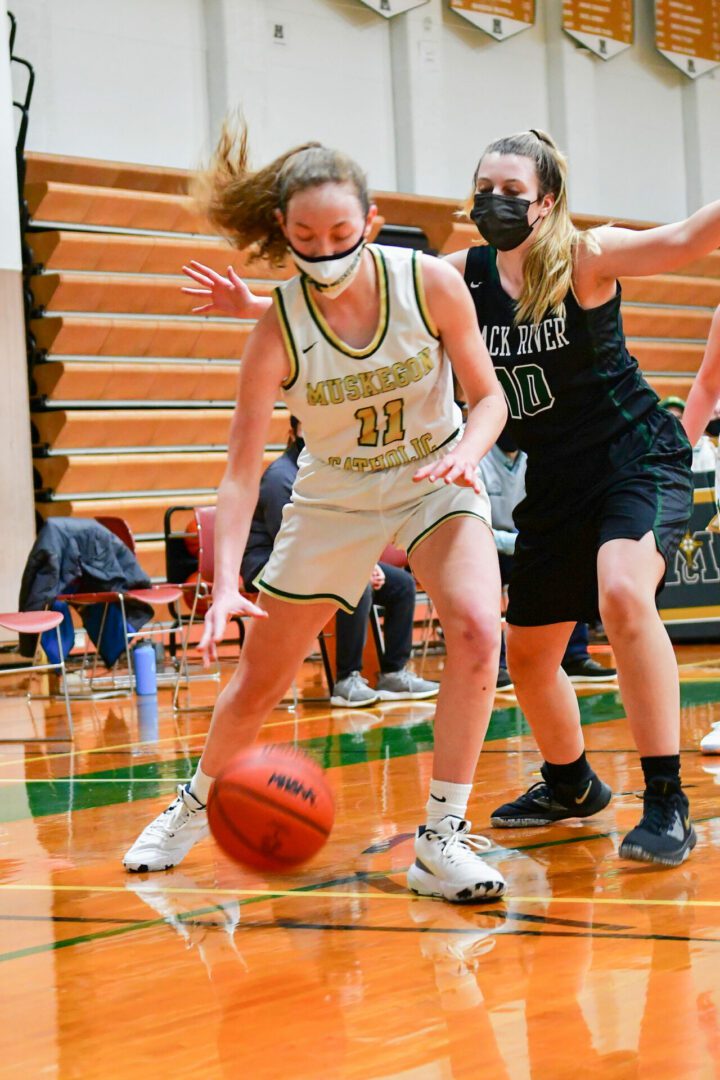 TRI-COUNTY 51, FREMONT 48 – Calla Miller put up 30 points for the Packers, but it was not enough to overtake the Vikings.

Tri-County led 9-4 after the first quarter, tied the game 21-21 at the half following a Fremont lead, and took back the lead 34-29 after three quarters.

MORLEY STANWOOD 39, HESPERIA 29 – The game started out quietly, with Hesperia taking a 8-6 lead after the first quarter.

At halftime, the Panthers still held a 16-15 lead due to a stingy defensive effort.

The game unraveled for Hesperia  third quarter, with Morley Stanwood going on an 18-4 run to take a 33-20 lead.

In the fourth quarter, Hesperia fought back but could not overcome the deficit,

The loss puts Hesperia at 0-3 overall as well as in the CSAA Silver. 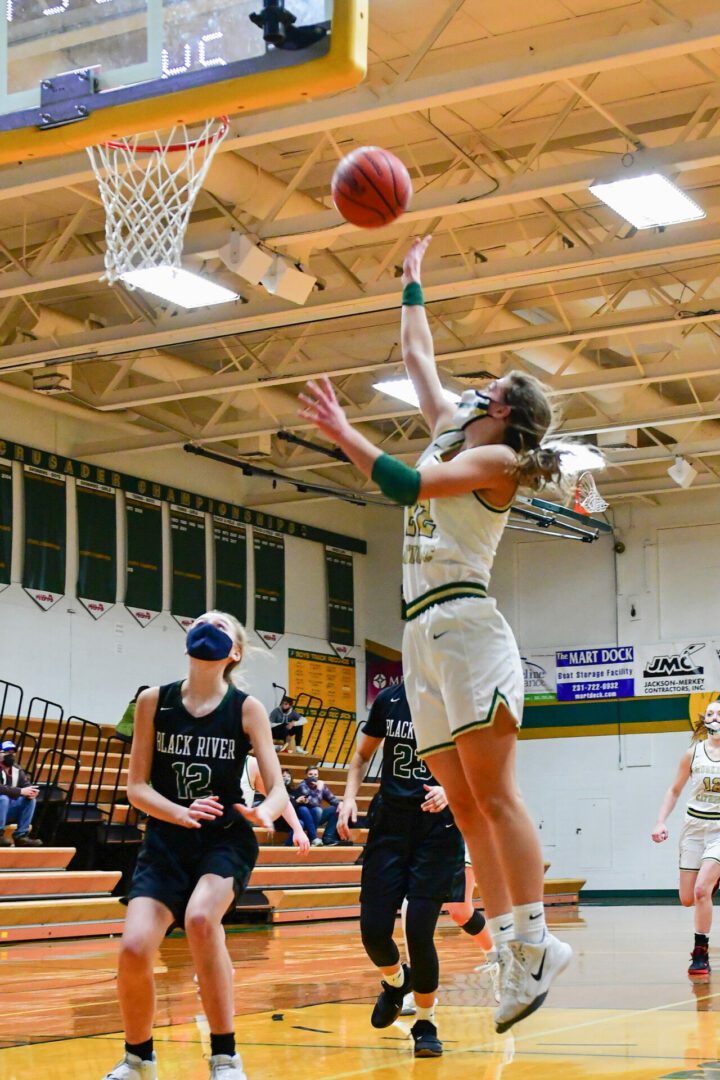 ROCKFORD 36, GRAND HAVEN 29  (OT)– The Buccaneers lost in overtime after leading through three quarters of the game.

Rockford tied the game at 25-25 in the fourth to send the game to overtime, and outscored the Bucs by a 11-4 margin during the extra stanza.

Grand Haven is now 0-3 overall on the season. 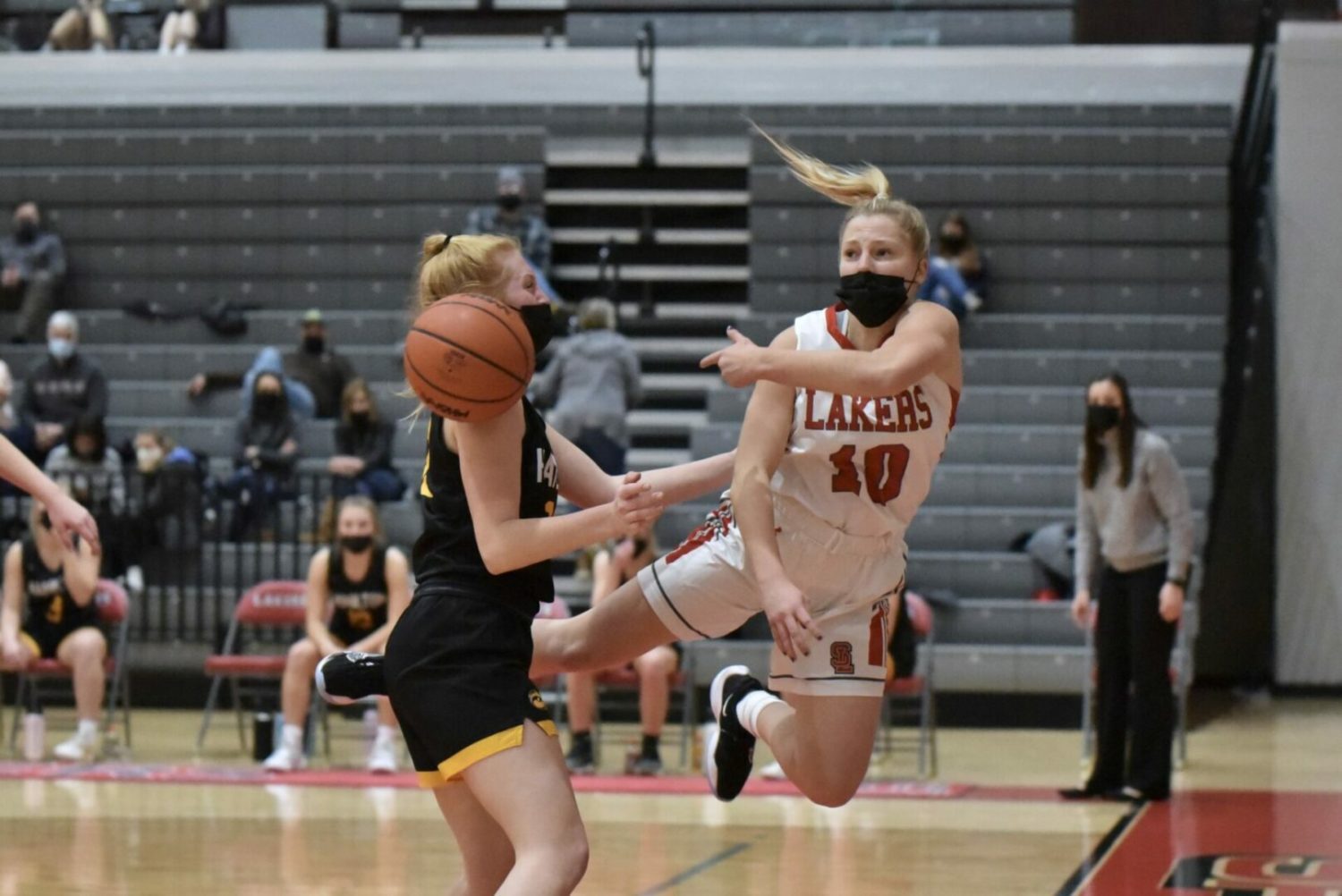 Eryn Bouwhuis saves the ball from going out of bounds for Spring Lake. Photo/Kelly Gates 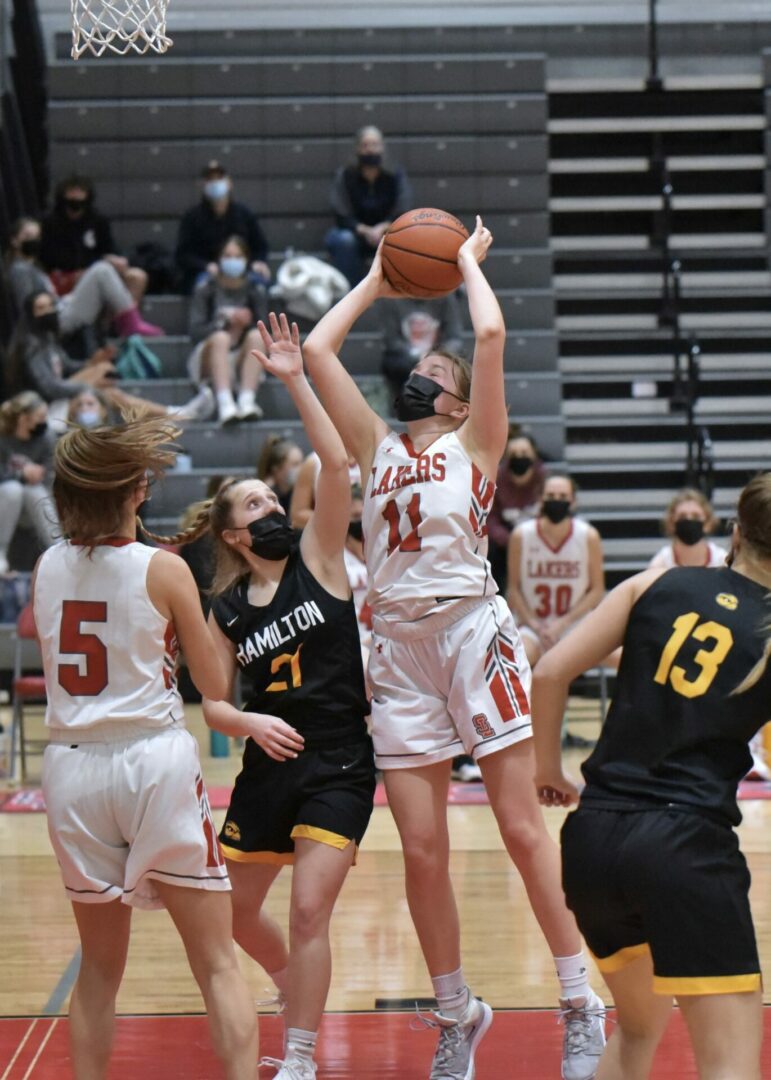 Zoe Walters goes up for the shot in the lane for Spring Lake. Photo/Kelly Gates 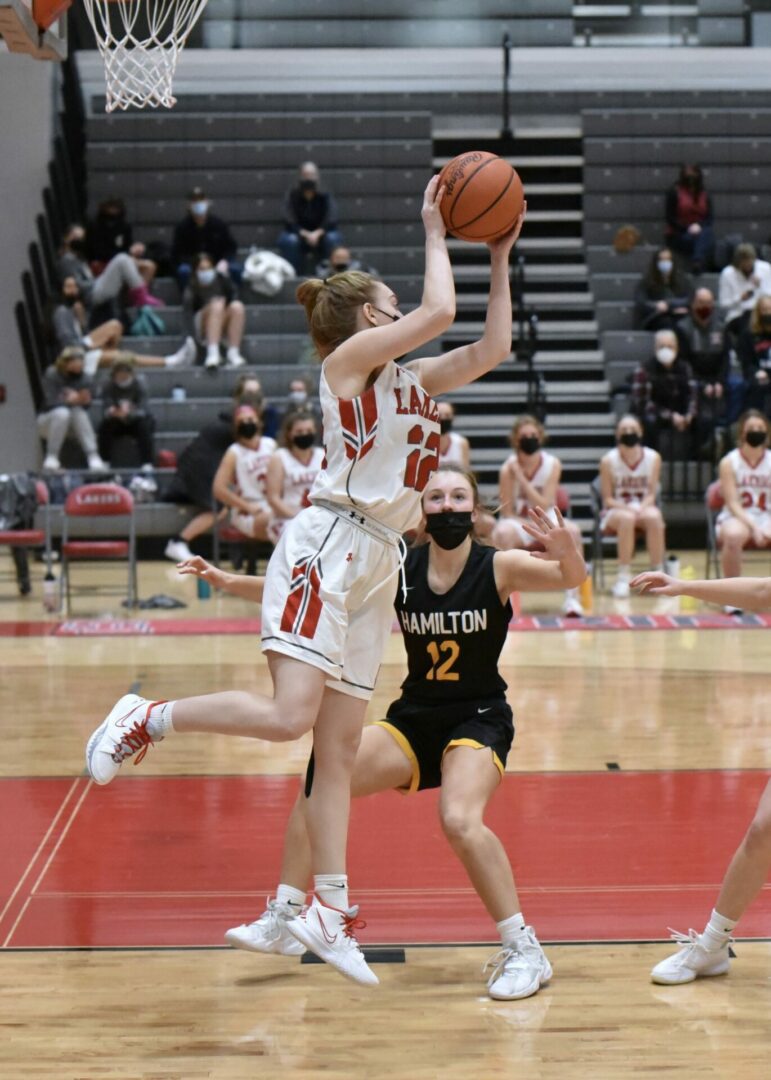 Kylie Spooner tries to hold on to the ball for Spring Lake. Photo/Kelly Gates 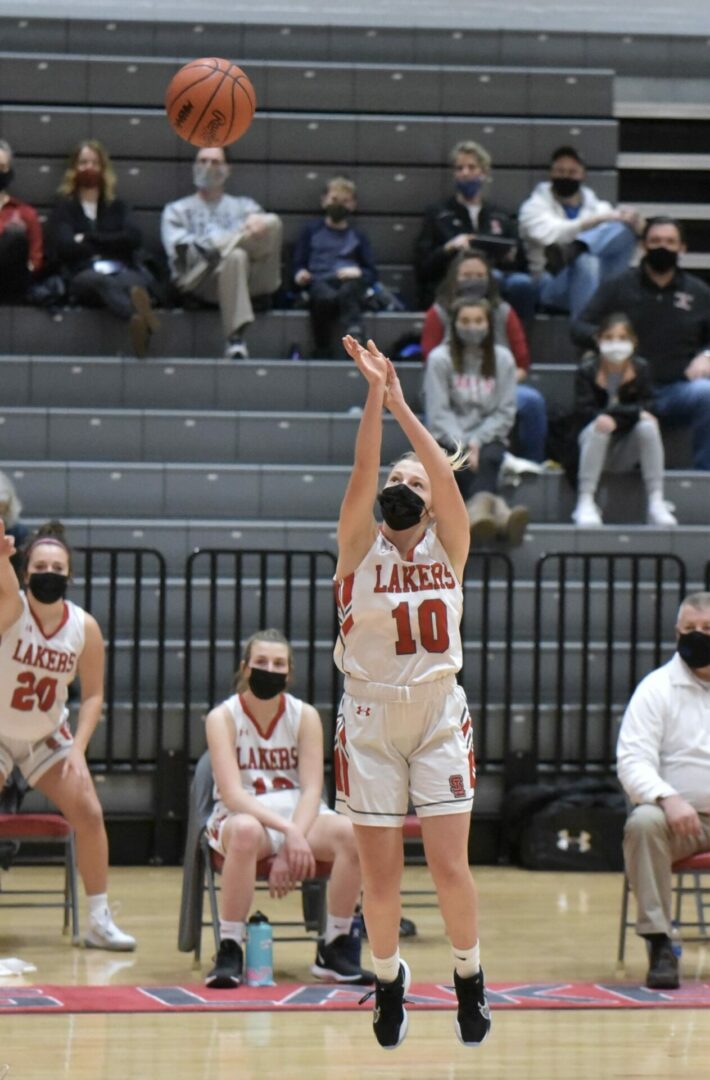 Spring Lake’s No. 10 Eryn Bouwhuis takes a shot from the outside. Photo/Kelly Gates 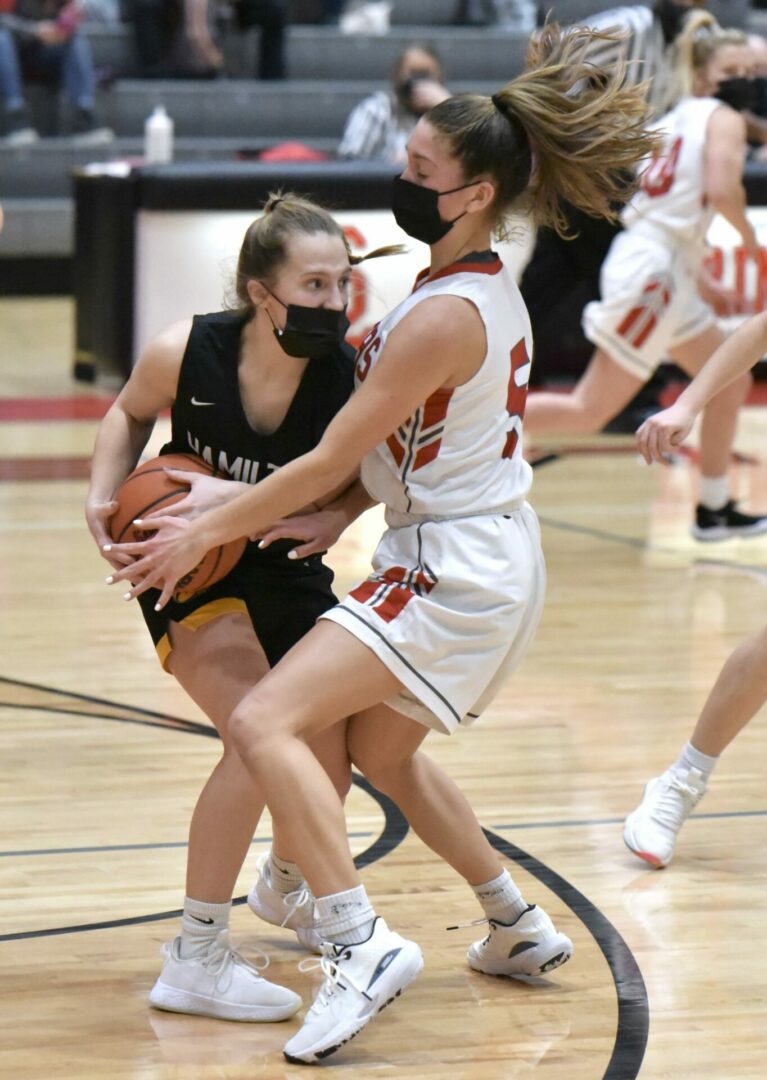 No. 5 Jennifer Judge tries to tie up the possession for Spring Lake. Photo/Kelly Gates.

Newaygo pulls away from Holton in girls basketball action