Kailyn Nash gets hot after a slow start, scores 27 points for Muskegon girls in a 62-44 conference victory over Holland

MUSKEGON – Good players find a way to impact the game, even if they get off to a slow start.

And everyone knows that Muskegon’s Kailyn Nash is a pretty good player. 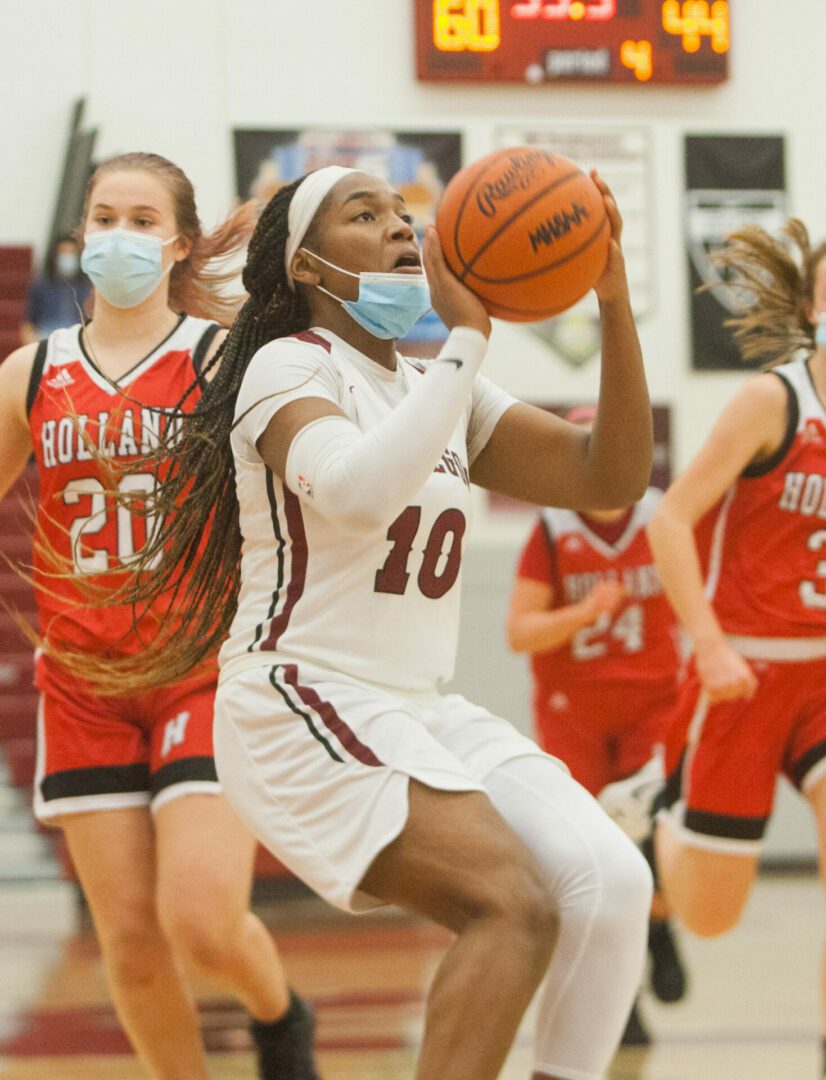 Kailyn Nash pulls up for the shot on the break for Muskegon. Photo/Jason Goorman

Despite missing four layups in the first half, Nash finished the game with 27 points, 10 rebounds, six blocks and two assists in Muskegon’s 62-44 victory over Holland on Tuesday in an O-K Green Conference matchup at Redmond-Potter Gymnasium.

It was a great all-around night for Nash, but her coach thinks it could have been even better.

“She didn’t convert some of the plays that she made tonight,” Muskegon Coach Paris Thomas said about her senior guard. “She can go downhill anytime, on any position.”

Muskegon’s defensive intensity made a difference throughout the game, particulary in the early going, when the Big Reds held the Dutch scoreless for more than half of the first quarter.

That was a good thing for the Big Reds, because their offense was not clicking early and Holland led 9-8 at the end of the first quarter.

Holland went on a 6-0 run to take a 19-15 lead midway through the second quarter, prompting Muskegon to take a time out. The Big Reds regrouped and outscored the Dutch 11-5 the rest of the way and took a 25-24 lead into halftime. 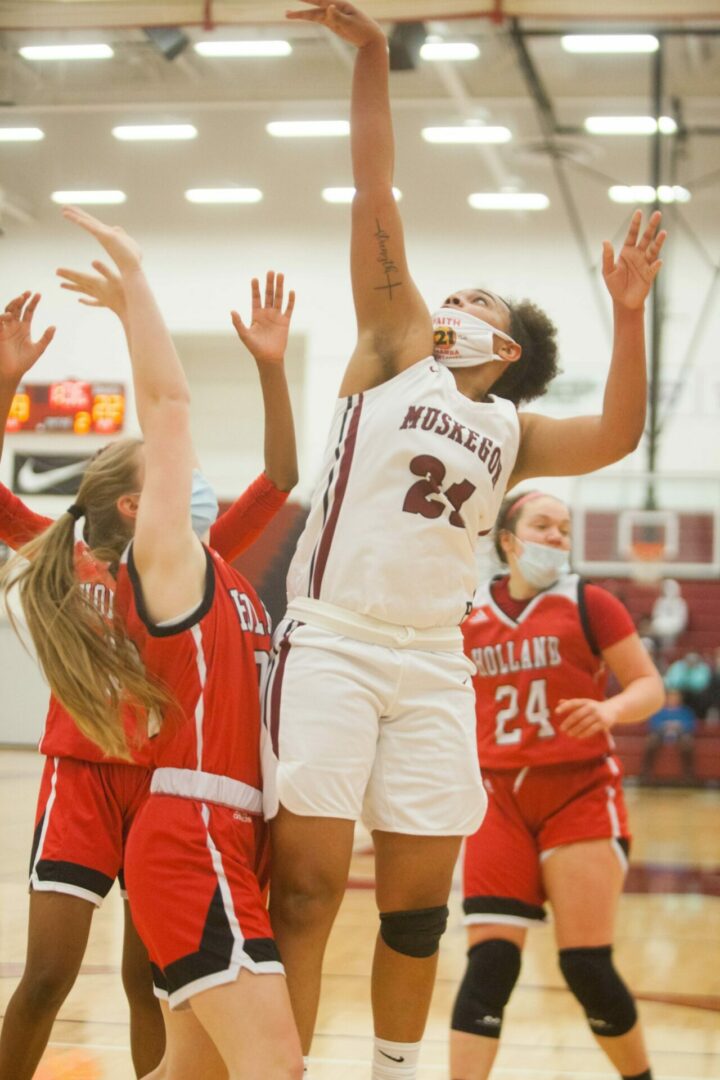 Nash finished the half scoring eight of the last 10 points for the Big Reds.

“I really began to key in,” Nash said about her second quarter spurt. “A couple of our underclassmen really stepped up, but as a leader, and our leading scorer, I had to step up.”

“She realized she is our leader, and our go-to scorer,” Thomas added about Nash. “After some missed buckets, and some turnovers, she corralled the girls. After that she started making plays. That is just the kind of kid she is.”

The Big Reds outscored the Dutch 17-15 in the third quarter, widening their lead to 43-39 heading into the fourth.

Muskegon pulled away in the last eight minutes. With seven minutes left, McKynna Simes made the Big Reds’ only three-pointer of the night to push the lead to 48-39. From that moment the Big Reds outscored the Dutch 12-5. 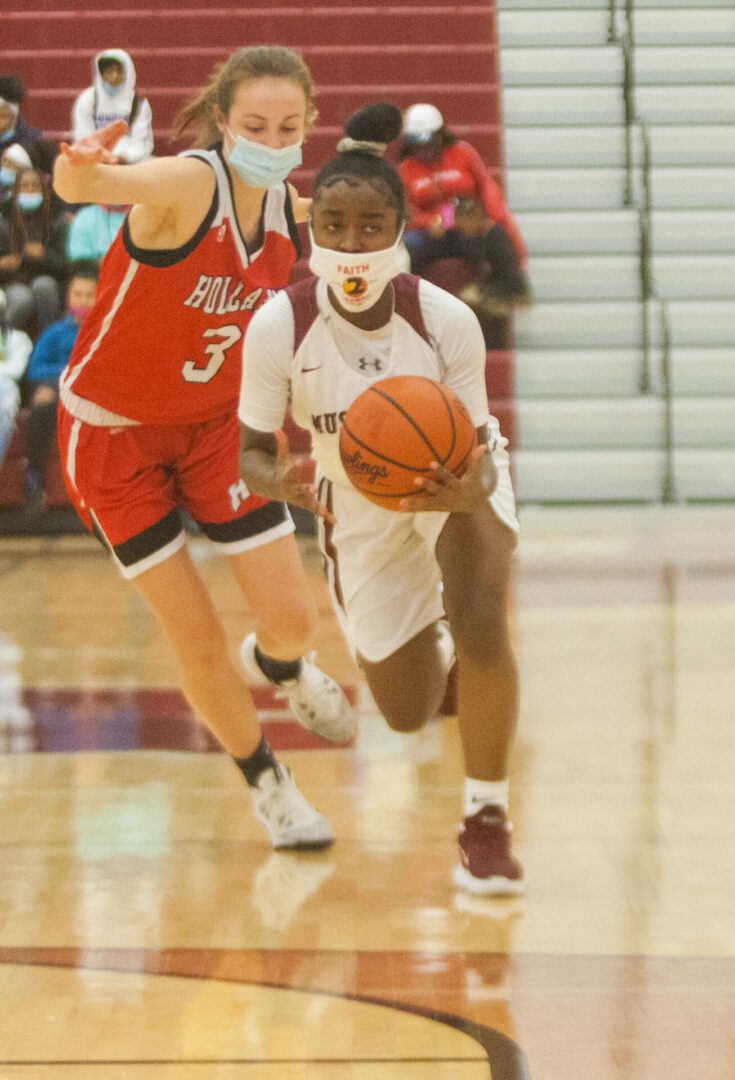 Kamya Anderson pushes the ball up the floor for Muskegon. Photo/Jason Goorman 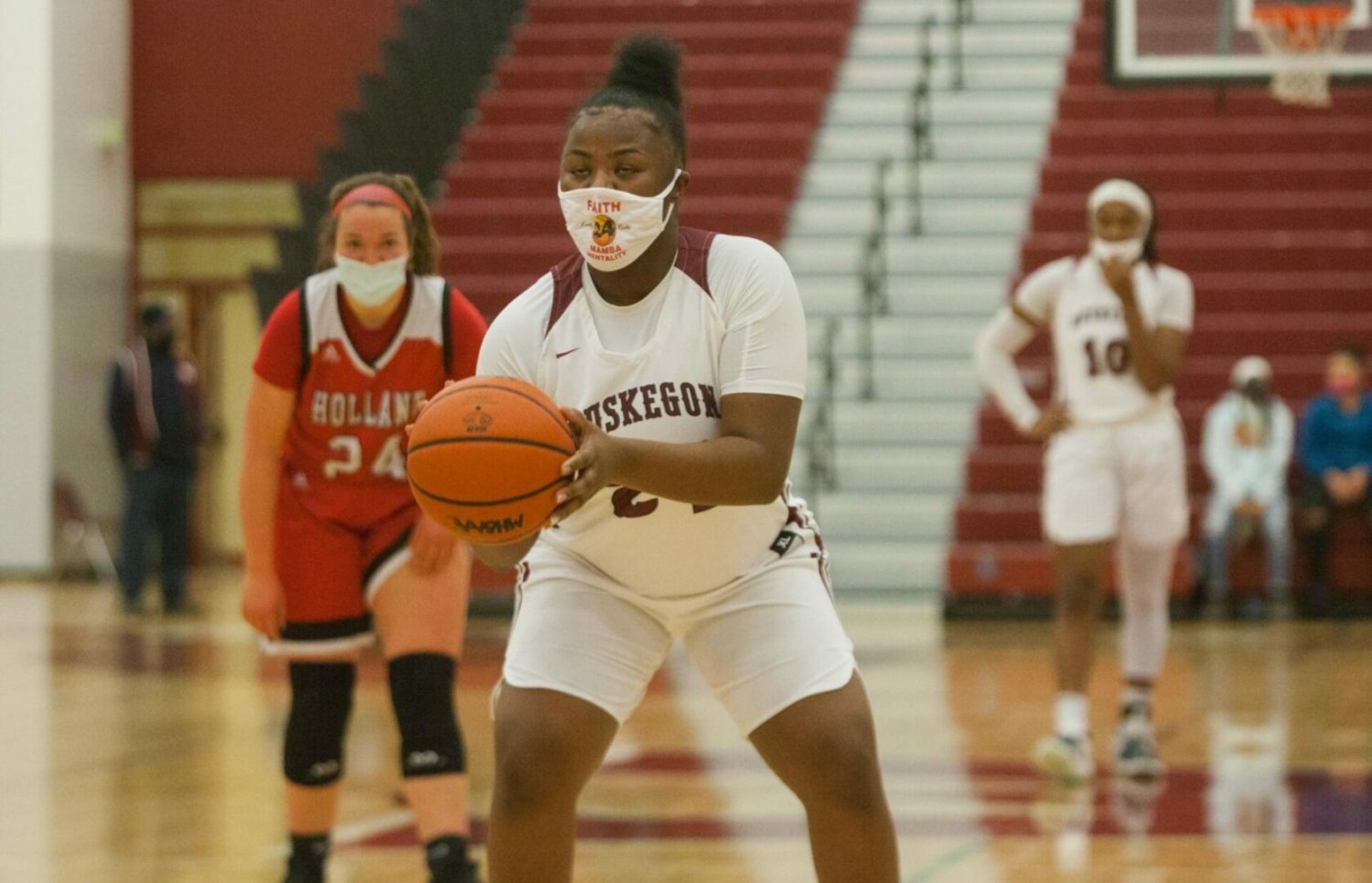 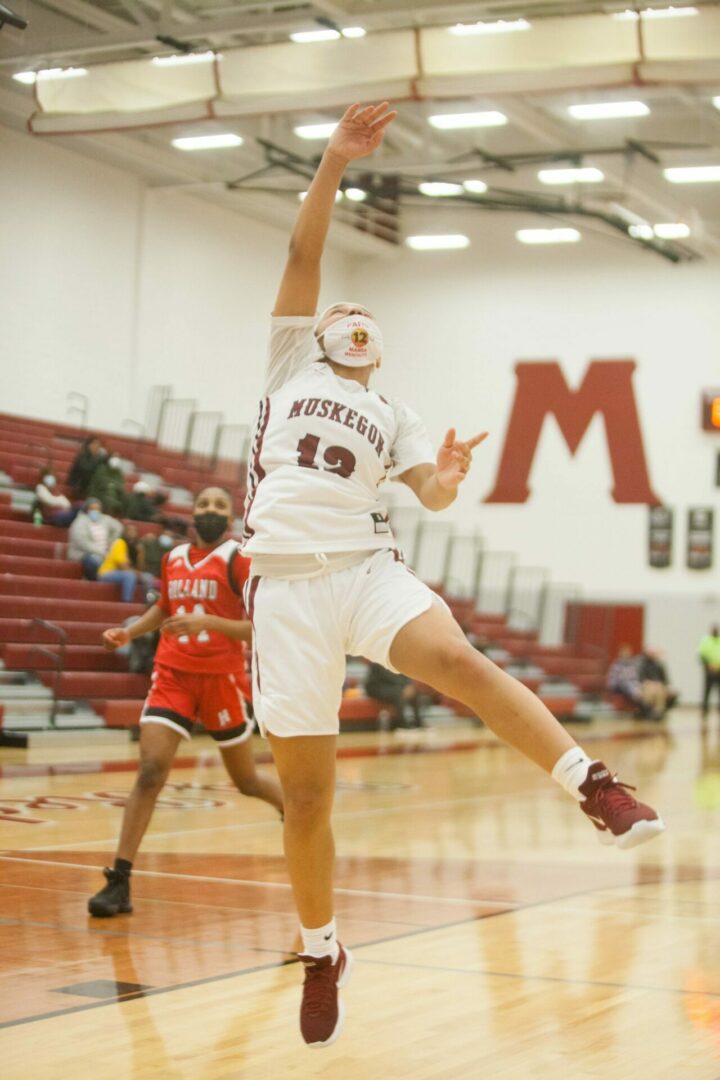 McKynna Sims goes up for a Muskegon layup. Photo/Jason Goorman 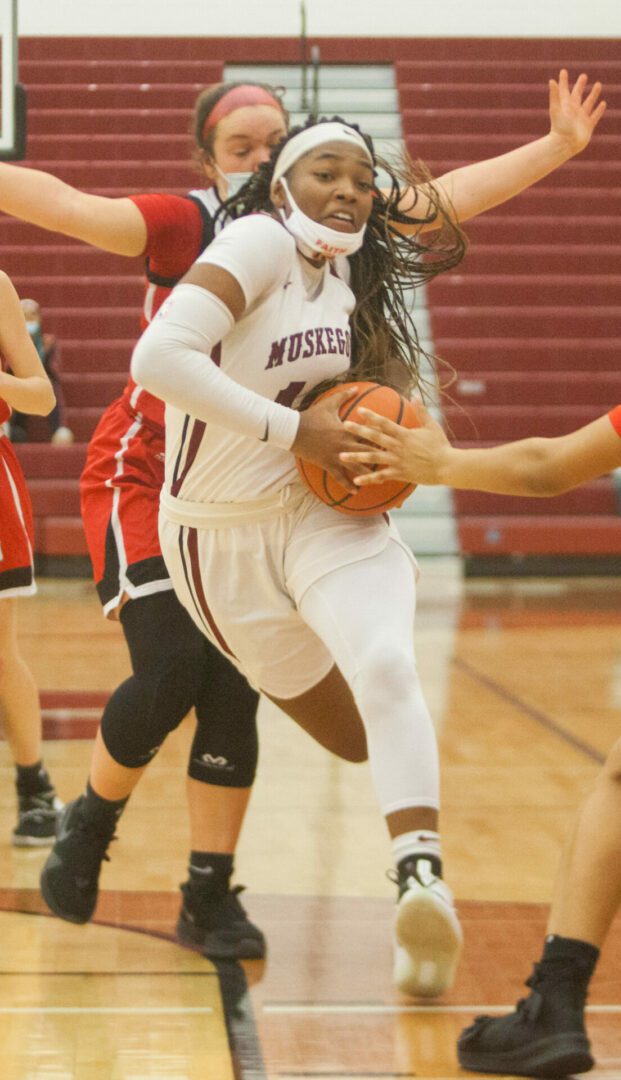 Kaily Nash drives through the lane for the Big Reds. Photo/Jason Goorman 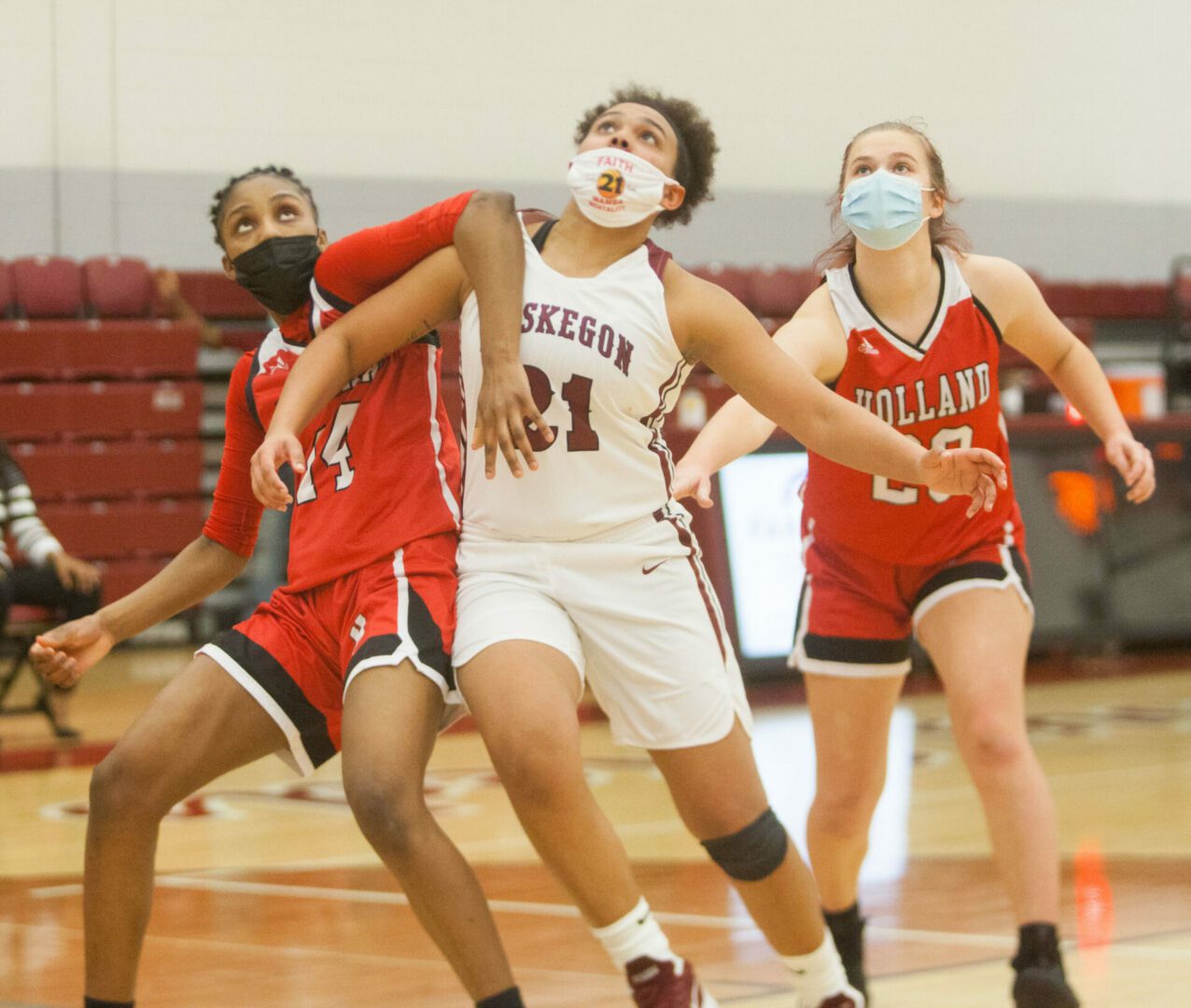 Muskegon’s No. 21 Layla Harris tries to get around Holland during a free throw. Photo/Jason Goorman 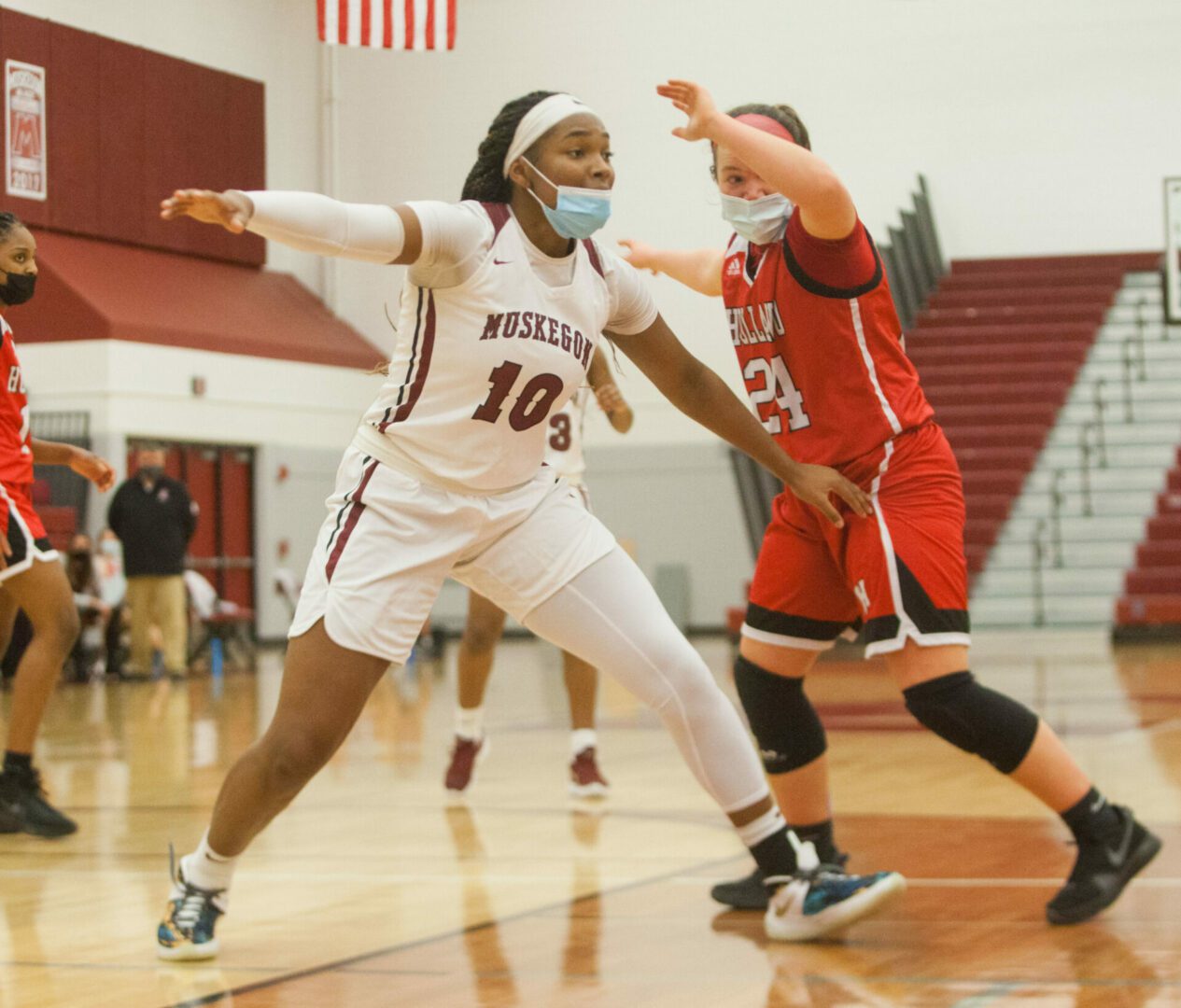 Kailyn Nash posts up in the paint for Muskegon. Photo/Jason Goorman 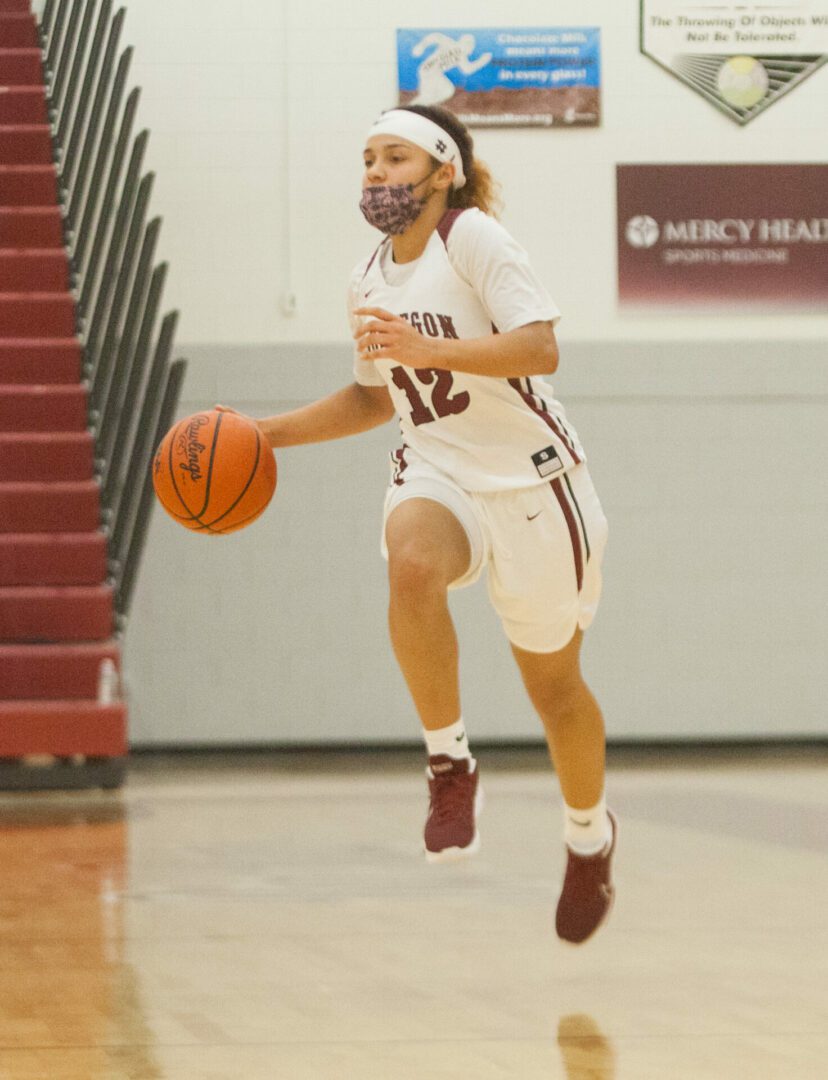 McKynna Sims leads the ball up the floor for the Big Reds. Photo/Jason Goorman