EGELSTON TOWNSHIP – There’s something special about the athletic program at Oakridge High School.

So special, in fact, that many former players end up coming back to coach, and they stay for a very long time. 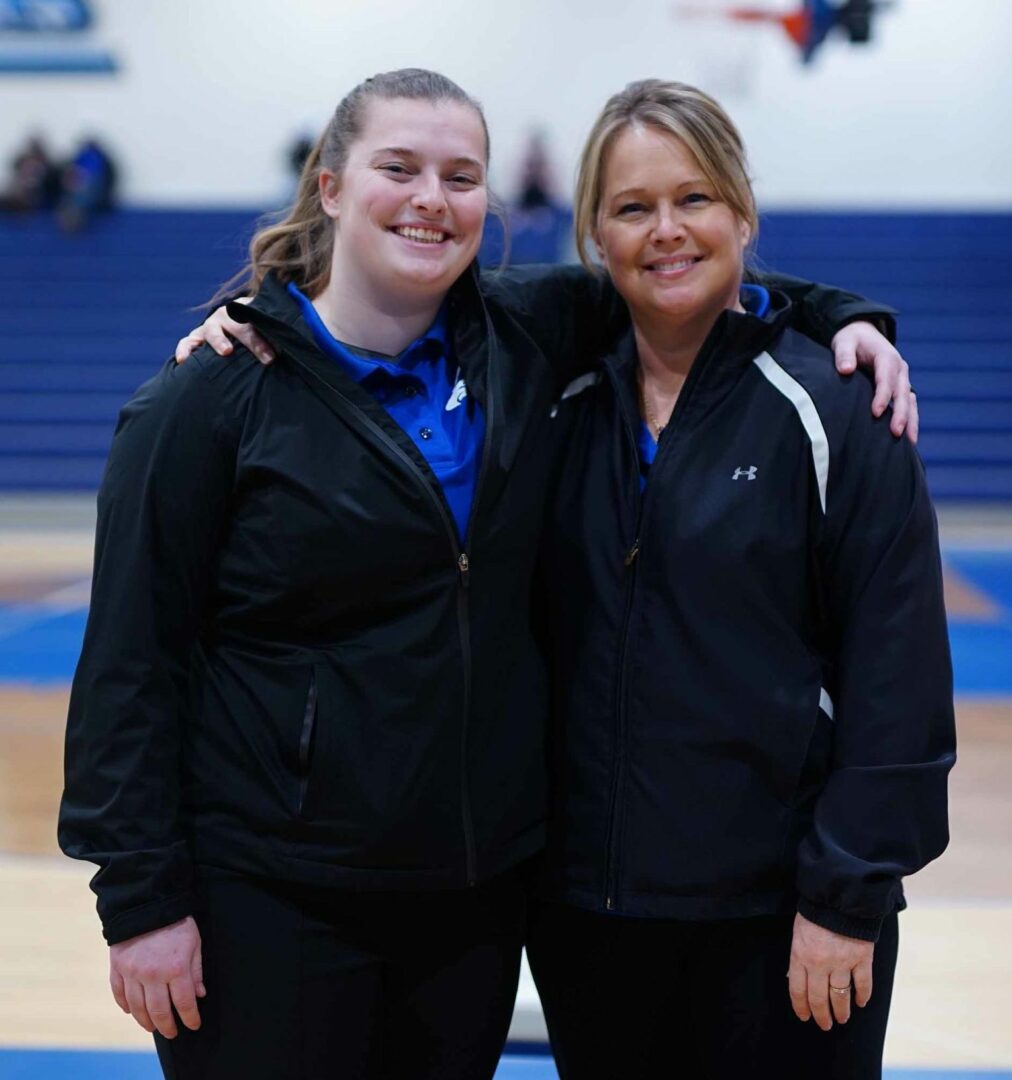 Overall, 15 Oakridge varsity and junior varsity head coaches are graduates of the high school. Even the athletic director, Rick Ruel, is an Oakridge grad.

Now Morgan Giddings has joined the ranks of the former Oakridge athletes who have gone away to college, earned their degrees, then returned to their old stomping grounds to help the young athletes have the same type of great experience they enjoyed in high school.

Giddings was a four-year star basketball player at Oakridge, graduating in 2014. She finished her career with 1,491 points, which at the time made her the program’s all-time leading scorer.

She earned her degree and teaching certificate and got a job last year as a teacher and junior varsity girls basketball coach at Holton High School.

Her dream, going all the way back to high school, was to come back and coach at Oakridge, and she figured it would probably take some time. As it turned out, it only took one year.

In November, Christina Martin suddenly resigned after one year as the varsity girls basketball coach at Oakridge. Giddings immediately applied, despite her lack of coaching experience. She went up against one other candidate, and got the job. 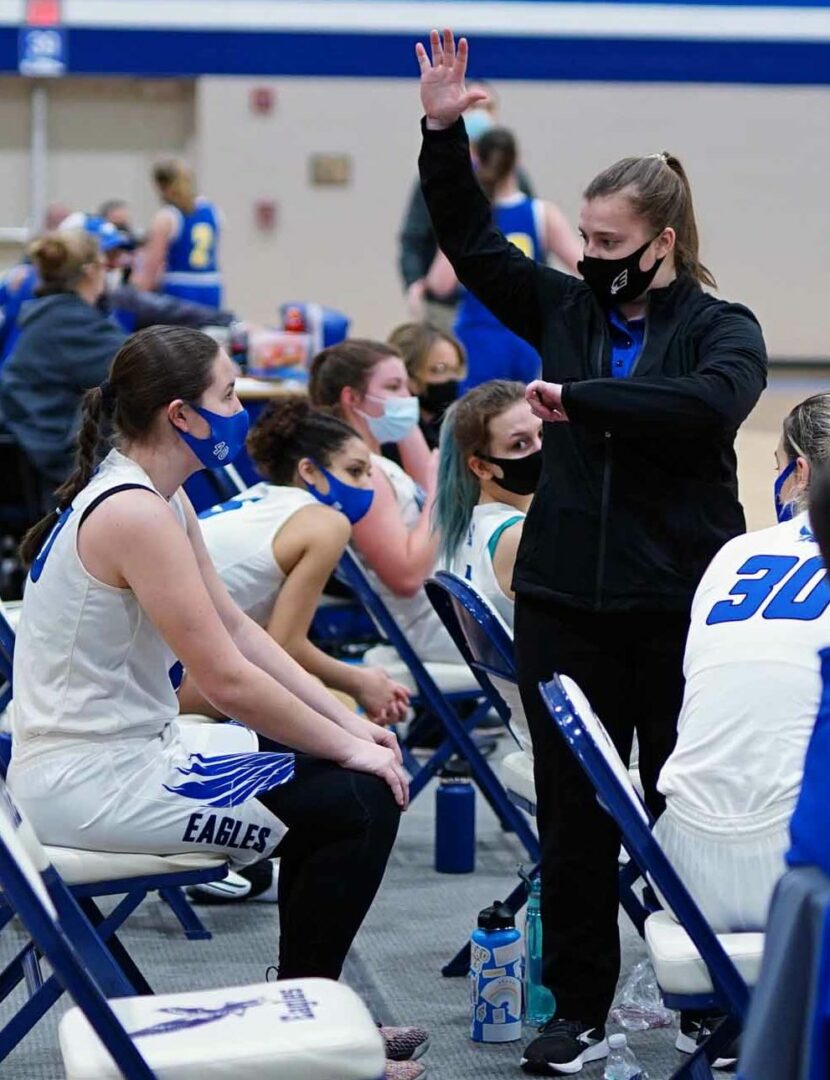 Now, at the tender age of 24, she’s already in her dream job, far sooner than she ever expected.

“I didn’t expect (an opportunity to come up) for a few years down the road,” Giddings said. “But then it arose and the situation was kind of different. I just moved back with my husband, so the timing worked out.”

Her world is now largely centered back on the community where she grew up. Her and her husband, Oakridge grad Jordan Wahr, were married in December and recently moved back to Egelston Township.

Her assistant coach is her mother, Kathy Giddings, who played high school basketball at Oakridge and later coached youth leagues and seventh-grade basketball at the school.

“I just wanted to give back to the community that was with me going through high school,” Giddings said. “I wanted to get some experience and be able to come back and share that experience with them.

“Oakridge just has a family feeling. It just keeps going back to that sense of community. It’s a very supportive community, both inside the school and outside.”

Rick Ruel, the AD, says Giddings is exactly the type of person he wants leading the girls basketball program, and he’s thrilled that she’s back on board.

“Morgan is a great fit for this position,” he said. “She is well respected by the community for what she has accomplished, both athletically and academically. She has always carried herself with a great sense of maturity from when she was in high school through college, and can pass that along, as well as her knowledge of basketball, to her athletes on how to act on and off the court.”

While Giddings is thrilled to be back at her school, she faces a big challenge. When she was at Oakridge, the girls basketball program, under former coach Terry DeJonge, was in the midst of a long era of dominance in the West Michigan Conference. 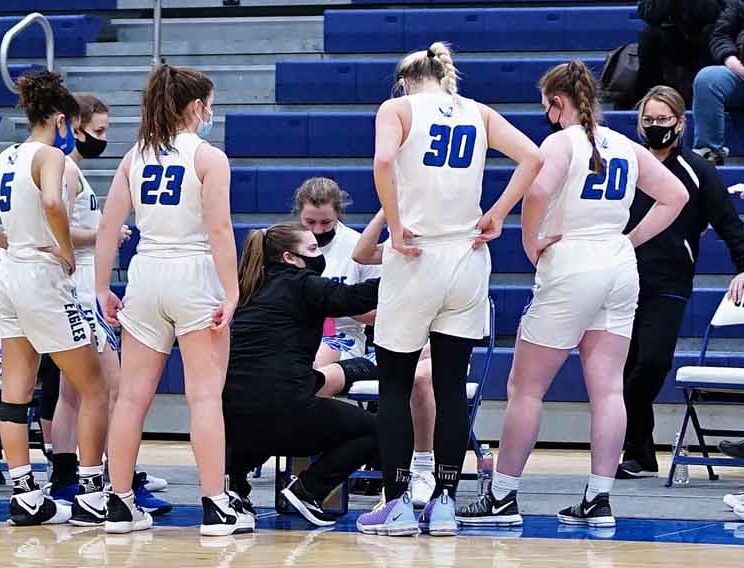 The Eagles’ string of eight-straight conference championships, and 10 in 11 seasons, was snapped last season when they posted a very abnormal 5-16 record. So Giddings is tasked with the chore of taking the program back to its glory days, and she says there is a lot of work to do.

The Eagles’ record so far this season backs that up. They started off the season 0-3, before capturing their first victory on Tuesday night, 41-39 over Mason County Central.

The Eagles trailed 11-6 at the end of one quarter, 18-17 at halftime and 31-28 heading into the final stanza. Oakridge closed out the contest with a 13-8 fourth quarter run.

“It felt good,” Giddings said about gaining her first varsity coaching win. “It was a little nerve-wracking with it coming down to the final seconds, but the girls worked hard and never gave up on the game, and it showed with a win.”

Part of the problem has been a lack of recent continuity of leadership in the program. Giddings is the team’s fourth coach since the 2018-19 season.

And she came to the job late, since it didn’t become available until November, when it was almost time for team tryouts. She didn’t have the opportunity to work with the players during the offseason, and they players couldn’t work out much together because COVID closed all the gyms. 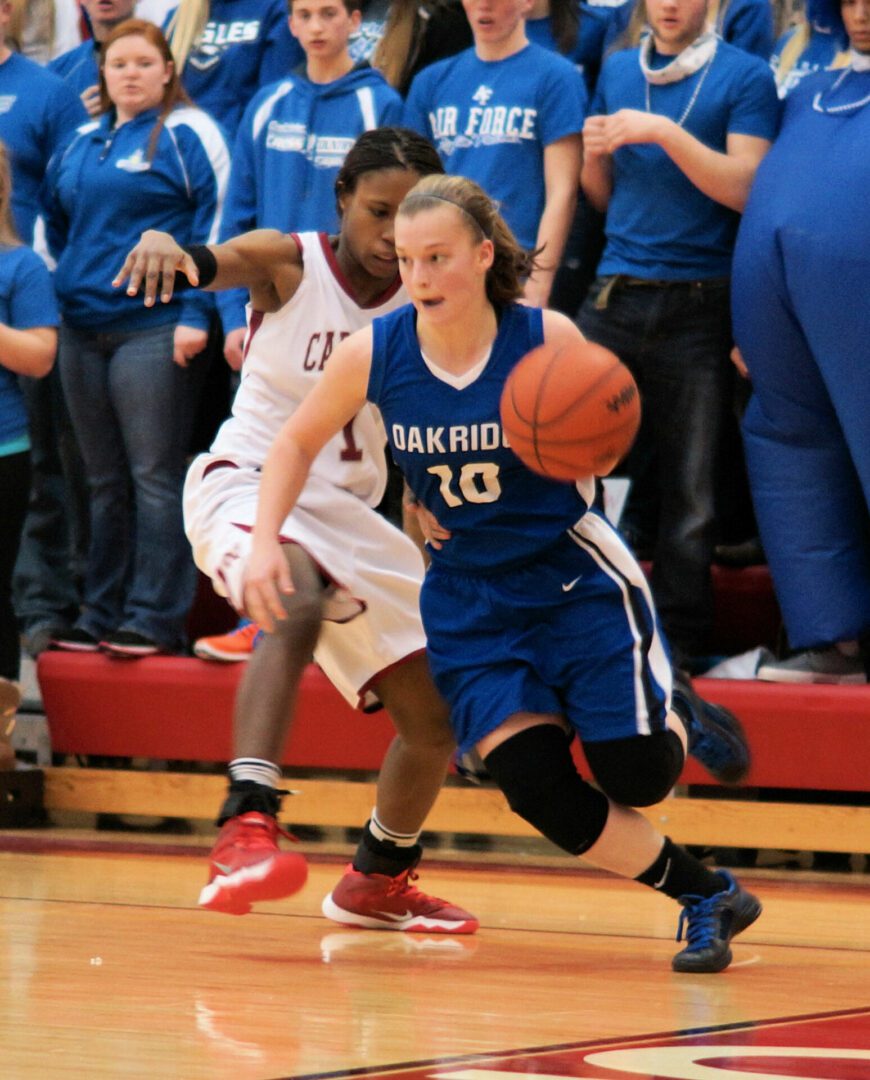 Morgan Giddings drives to the basket while playing for Oakridge in 2014. Photo/Sherry Wahr

Then came the November COVID shutdown, ordered by the state, which ended up postponing the start of the basketball season for nearly three months. The Eagles and other high school teams were finally allowed to begin non-contact practices in late January, but they only had one full-contact practice before their first game on Feb. 9.

“It was definitely frustrating, especially with the non-contact practices,” Giddings said. “There is a lot of stuff, going back to the fundamentals, that we needed to practice at game speed, with defenders, but we had to stay six feet apart. But the girls have been champs about it. They came to every practice with energy and excitement.

“I see a lot of potential with this group, and younger groups coming up as well. I was excited to get to work with them.”

Giddings admits she was apprehensive about taking over the varsity head coaching job with only one year of experience at the high school level.

But she says she has a lot of knowledgeable people to turn to for advice, including Oakridge teacher Brad Tate, who coached the Eagle girls for part of the 2018-19 season, and Oakridge teacher Brandon Barry, who was very successful as the longtime girls basketball coach at Reeths-Puffer.

“I have a very good support system,” she said. “Coach Coletta (Joe Coletta, the former longtime Oakridge softball and assistant football coach) texts me after every game. I have that community I can call upon when I need it.”

Giddings can also turn to her mother, who was not her first choice to be her assistant coach, but has turned out to be an excellent selection.

“The job was posted just a couple weeks before the season started,” she said. “I needed an assistant coach, and everyone I asked had prior commitments, so I turned to family. I asked my mom and she said yeah.

“It’s been a blast. She offers an interesting aspect. She’s kind of like my balance. She reminds me to be patient, because not everything can happen at once. She helps out at the beginning of practice with COVID screenings, she helps girls out in drills with their shooting and passing, she offers insight into plays, and during games she’s there to help me with subbing, and points a lot of things out.”

Kathy Giddings had been out of coaching for about six years when her daughter asked her to become her assistant, and she says she’s having a great time.

“I’ve missed it,” Kathy said. “And as a parent, it’s kind of cool to be able to see your kid do the things they love to do.

“She is doing really well. She is excited and I think she is going to do a great job. It was a crazy season for her to come into, not being able to see the girls play with any defense, or have any scrimmages, until the day before the first actual game. She didn’t know what she had, and it’s been challenging for her.

“It takes time to build a program, and I know she is really looking forward to it.”

Kathy Giddings says there is nothing awkward about her daughter suddenly being the one in charge, and the mom taking orders.

“I don’t know if you are familiar with the personality color spectrum, but Morgan is definitely a red,” Kathy said. “Red is where you find a lot of leaders. They have direct personalities, and are take-charge sort of people.

“She definitely runs the show.”

Whitecaps fall to 21-51 on season, have lost three straight to begin second half of season