High school hockey is back after a delay due to COVID-19, and the Mona Shores squad is carrying a lot of emotions being back on the ice.

The intensity to win was evident as the Sailors cruised to a 7-2 victory over visiting Forest Hills Central in their season home opener Saturday morning at Lakeshore Sports Centre. 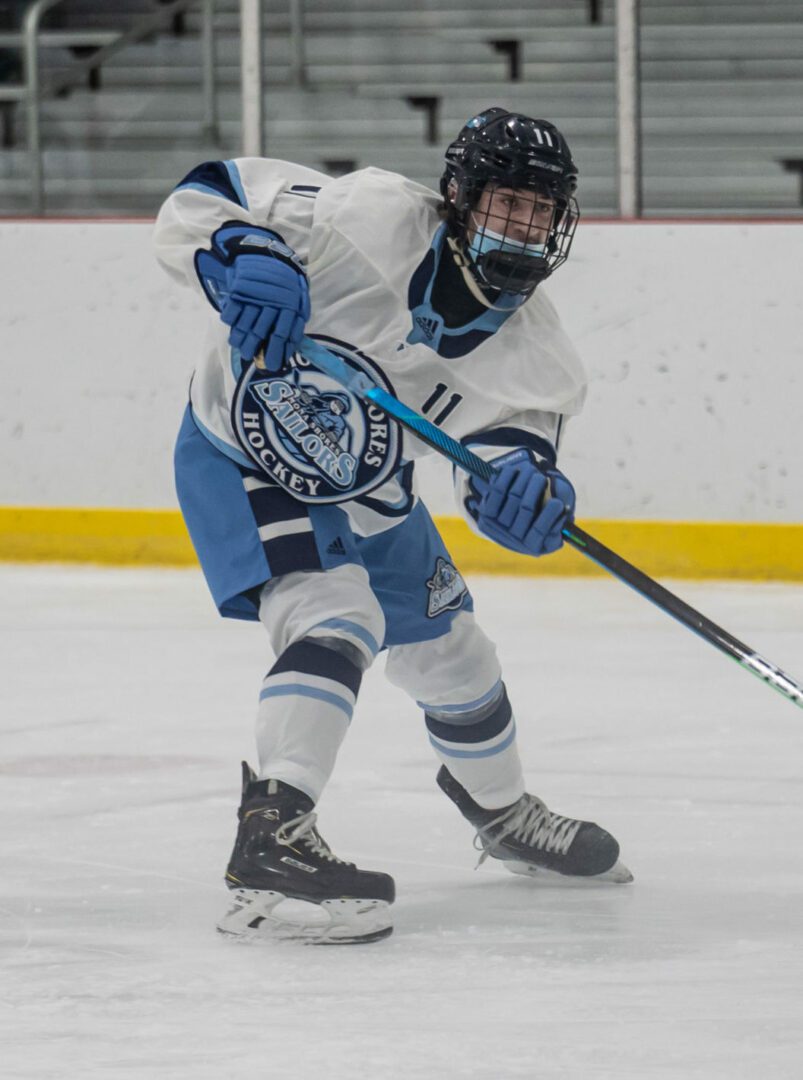 Mona Shores sophomore Trent Benedict gave the Sailors a hefty lift in the opening period, scoring three late first period goals to give the Sailors a 3-0 lead at the first intermission.

“Just felt good to get the first three,” said Benedict, who finished with three goals and two assists. “(Isaac) Habetler set me up for the first one and my guys were just throwing them to me up front and I was just putting them home.”

Jake Nanna increased the Sailors lead to 4-0 on a shorthanded tally in the second period.

Forest Hills finally got on the board midway through the second period with a pair of goals five minutes apart to cut the Sailors lead to a 4-2 advantage.

Nanna responded with his second goal of the morning to give Mona Shores a 5-2 lead.

Ty Langlois gave the Sailors a 6-2 lead early in the third period after Mona Shores successfully killed off a penalty.

Langlois closed out the scoring three minutes after his first tally.

Nanna and Langlois each chipped in with two assists for Mona Shores.

Carter Dethloff stopped 17 shots on goal for the Sailors, which included a few odd man rushes.

“My guys gave me a lot of confidence getting the first three goals and setting the tone of the game,” said Dethloff. “Definitely helps a lot with my confidence when we can score first.”

The Sailors are now off to a 2-0 start and will head to Forest Hills Central on Sunday for a 4 p.m. puck drop at Patterson Arena in Grand Rapids. 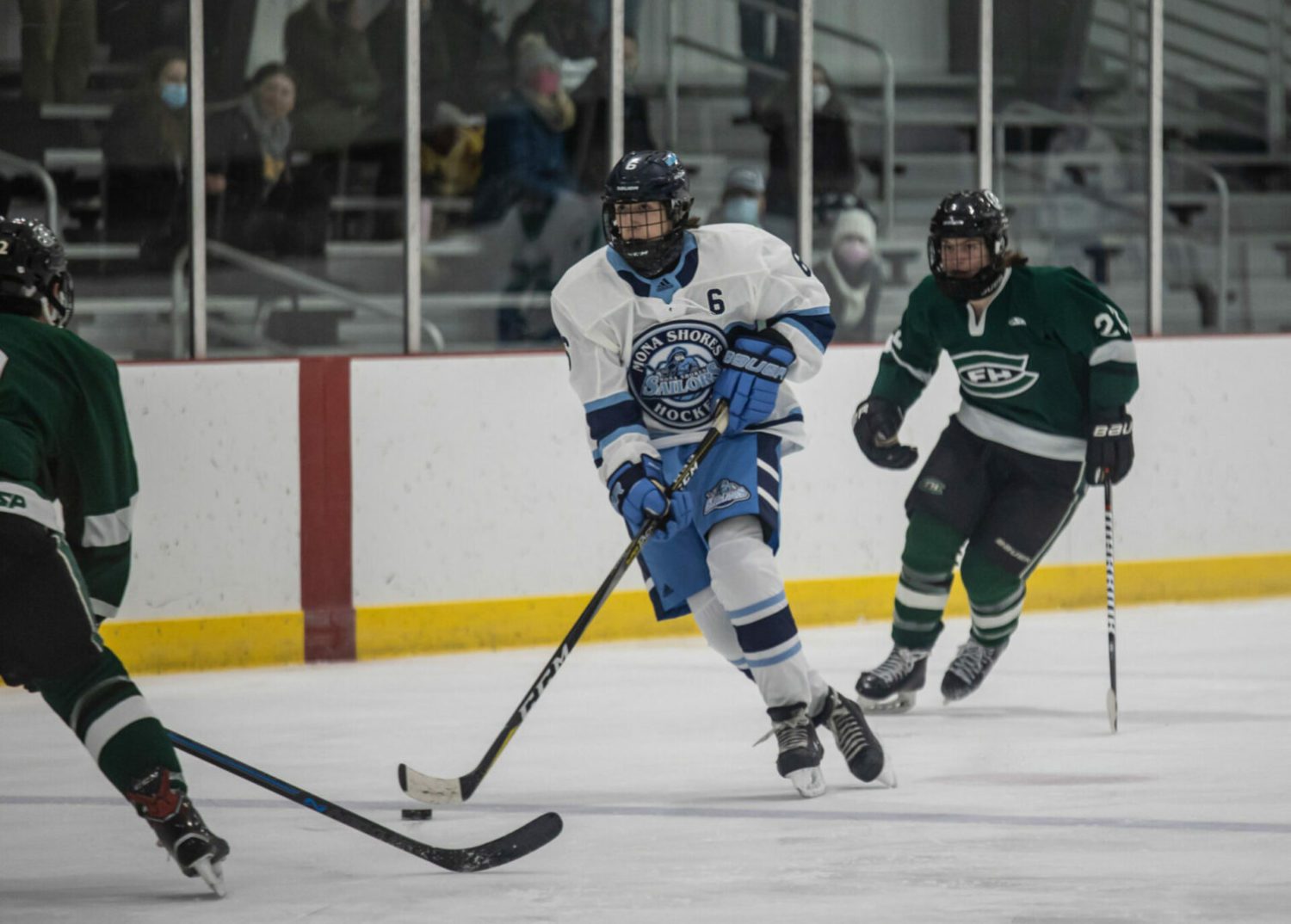 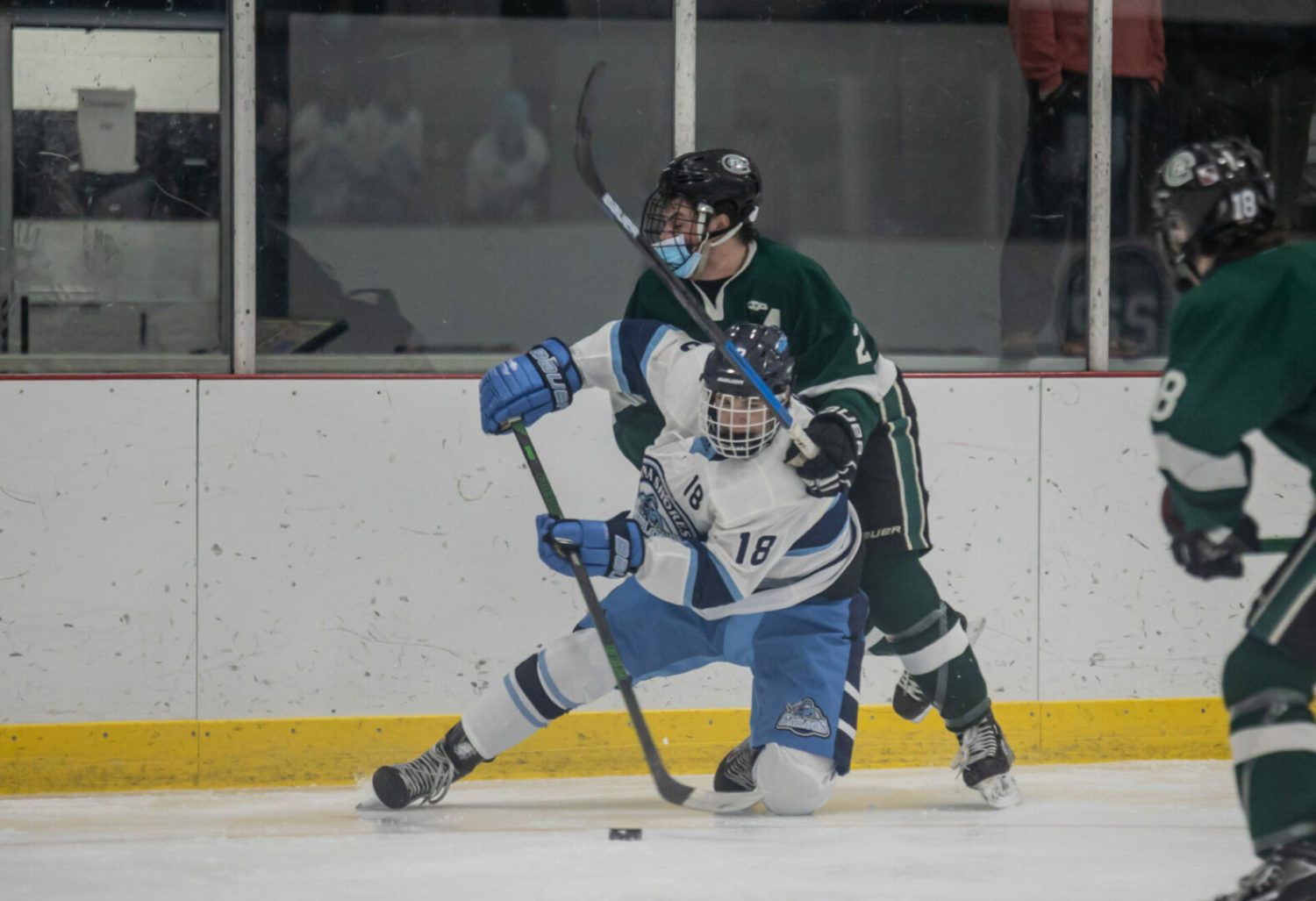 Landon Taylor control the puck from his knee for Mona Shores. Photo/Tonya Pardon 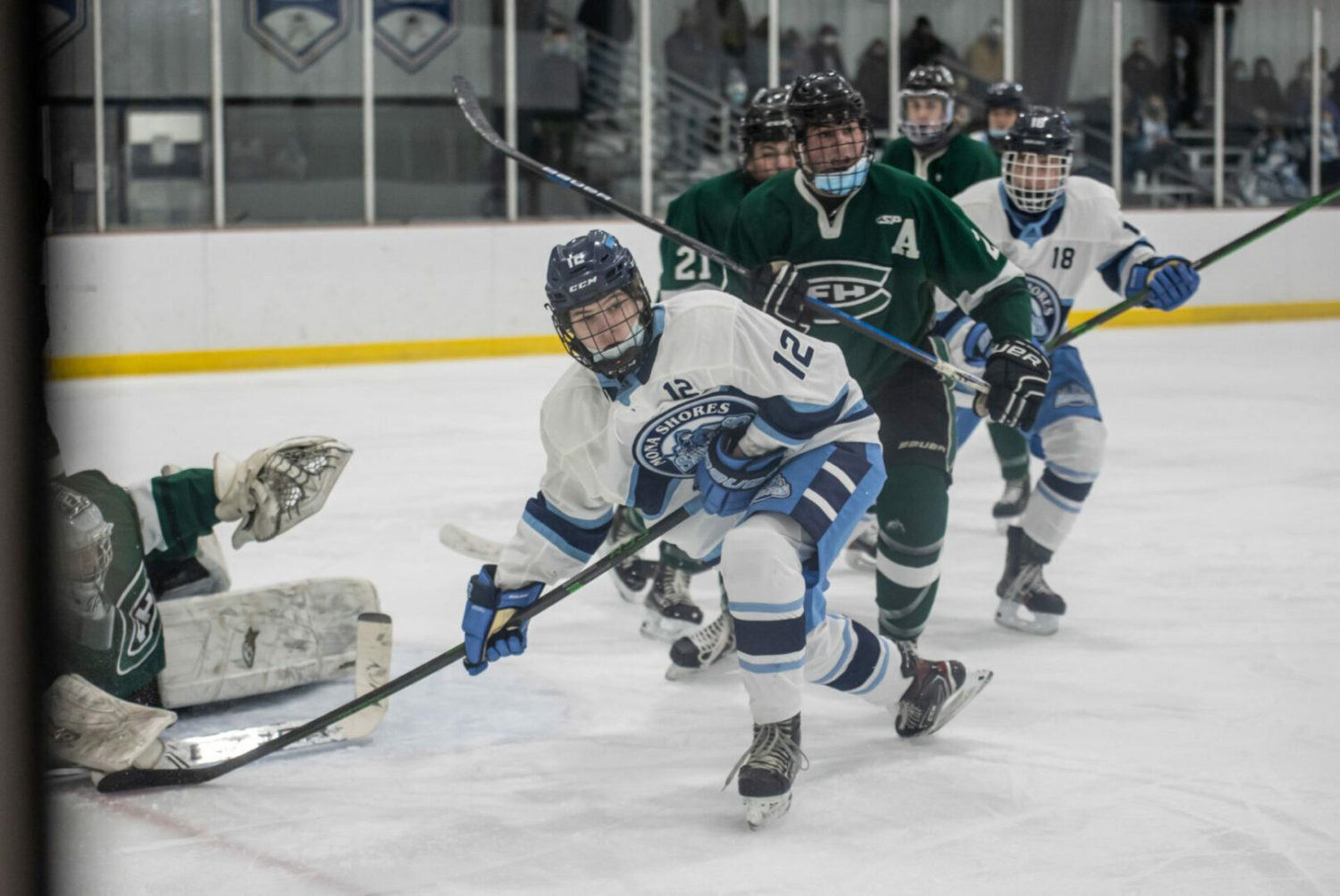 Brayden More looks up after taking a shot on goal for Mona Shores. Photo/Tonya Pardon 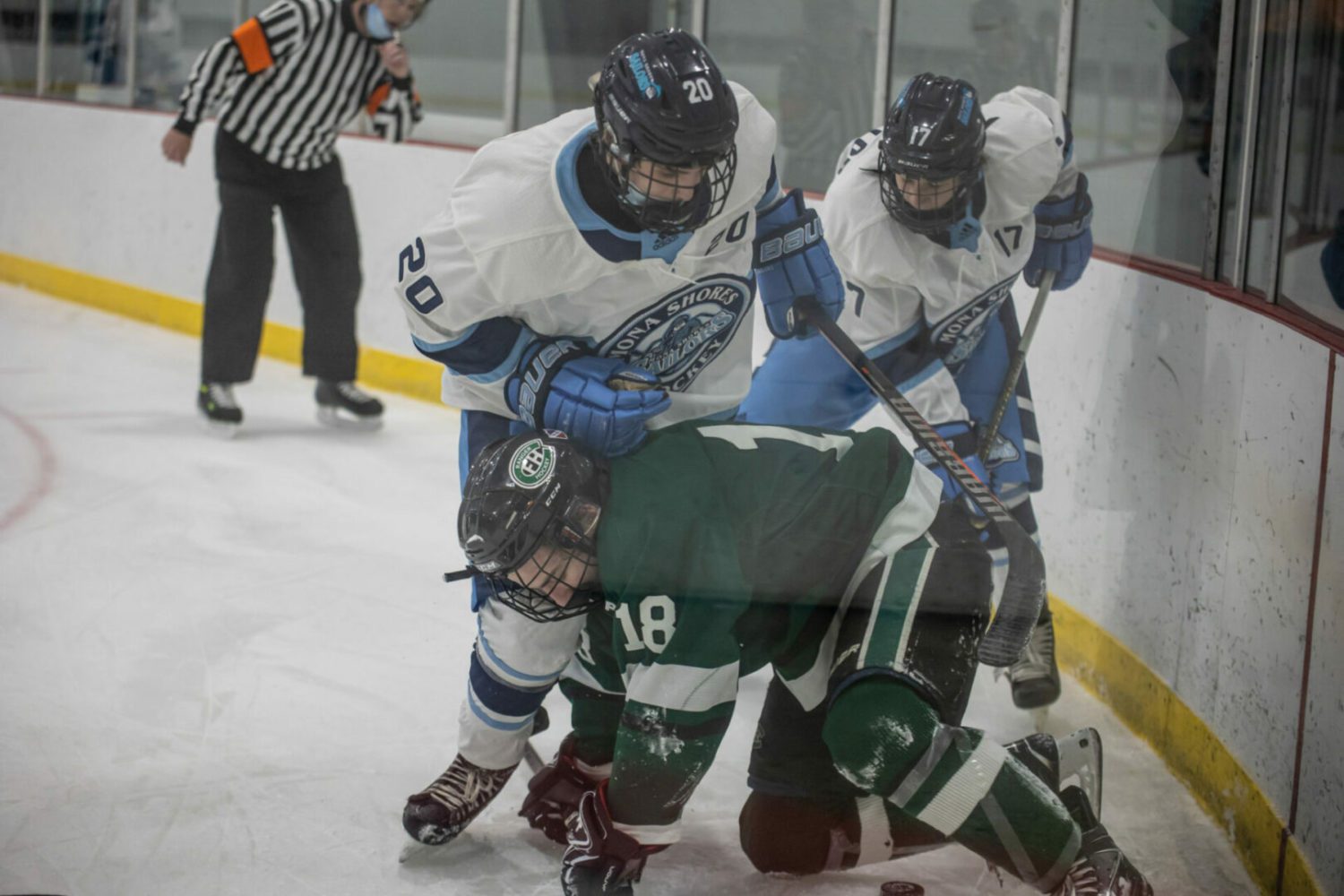 Mona Shores’ No. 20 Cole Meyers and No. 17 Nico Taylor dig for the puck. Photo/Tonya Pardon 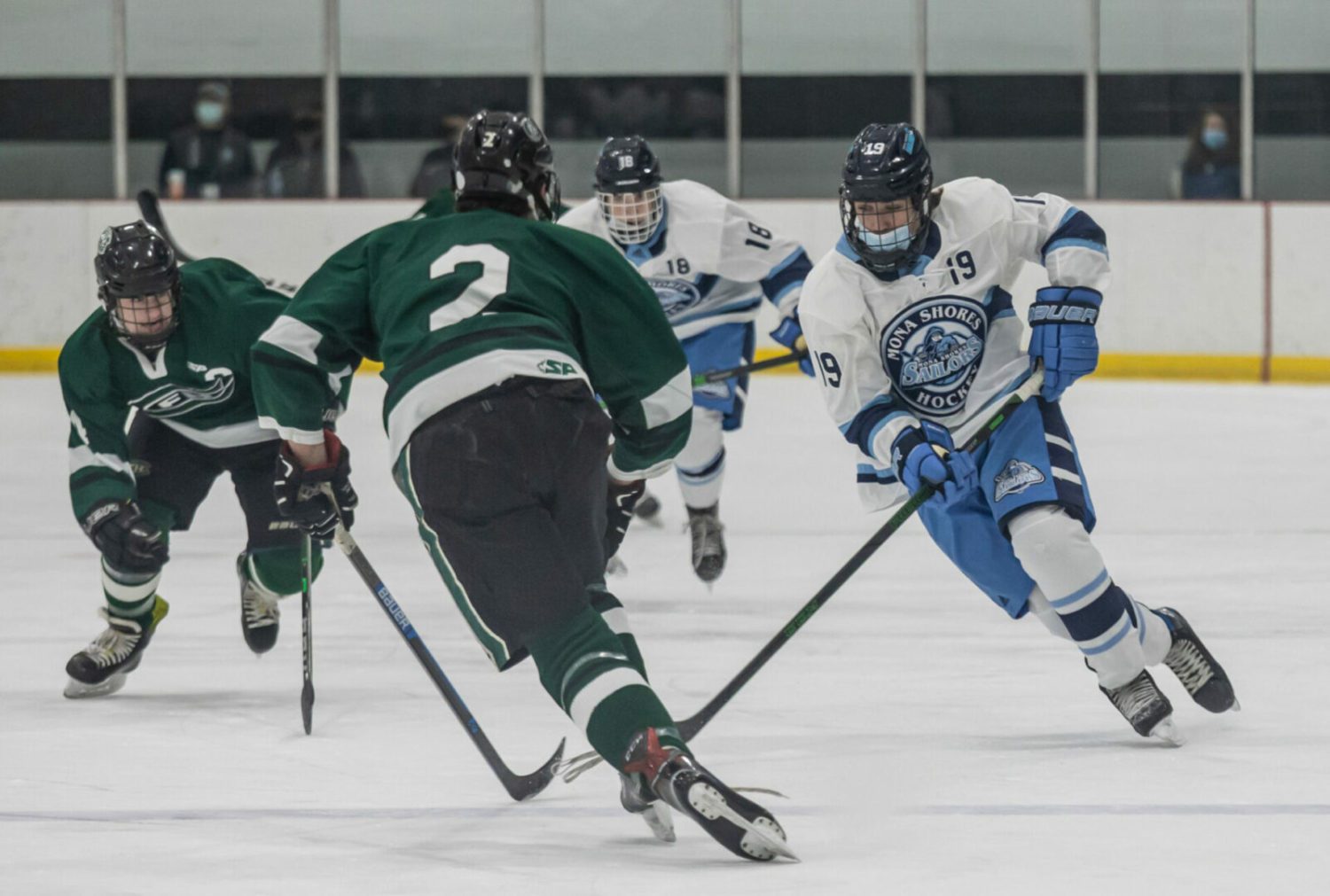 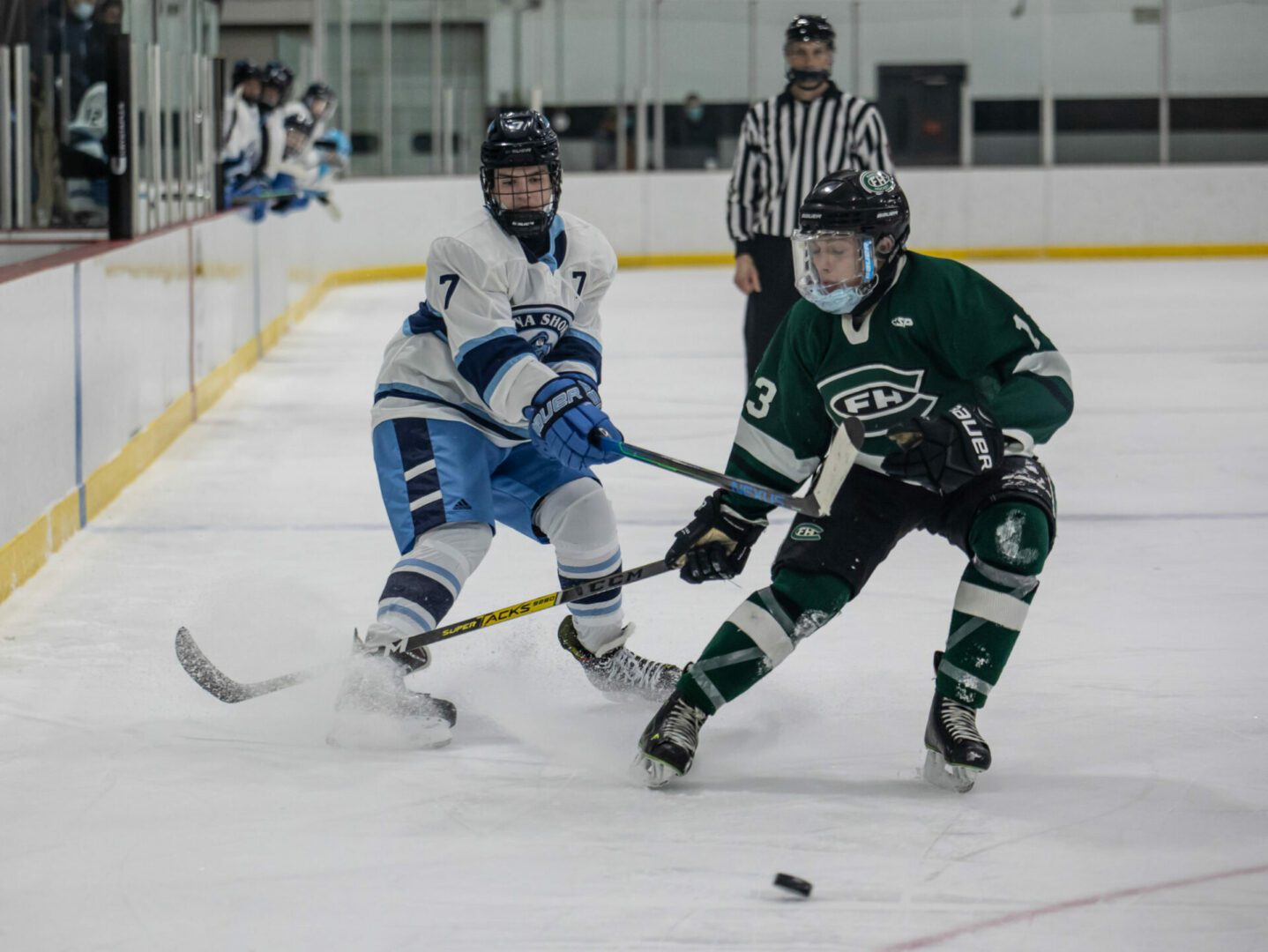 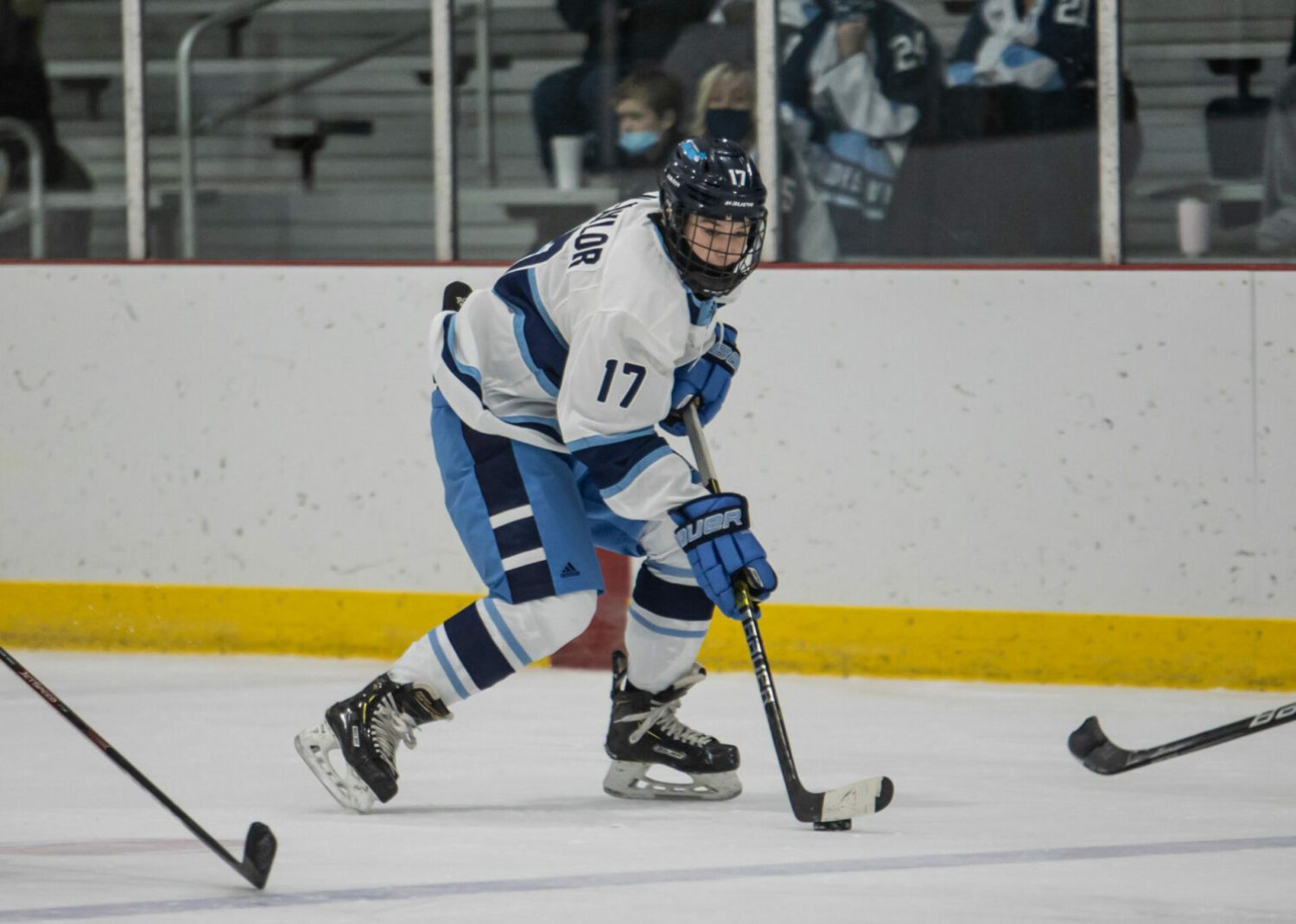 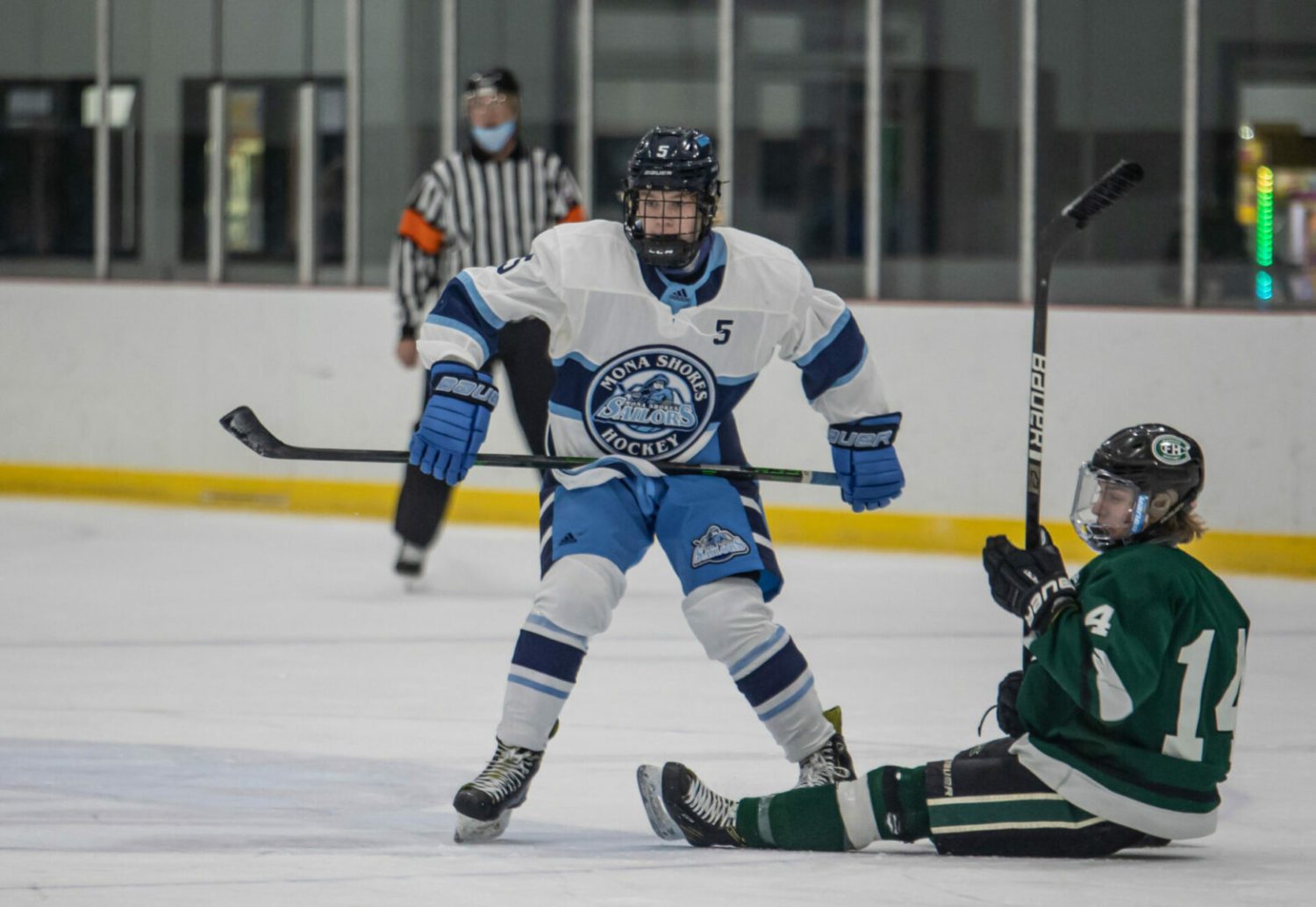