Last year R-P rose up and won the tournament, ending a 13-year championship run for Whitehall. The two teams had a rematch in a Division 2 district tournament later in the season, and the Rockets beat the Vikings again in an intense encounter that came down to the last match. 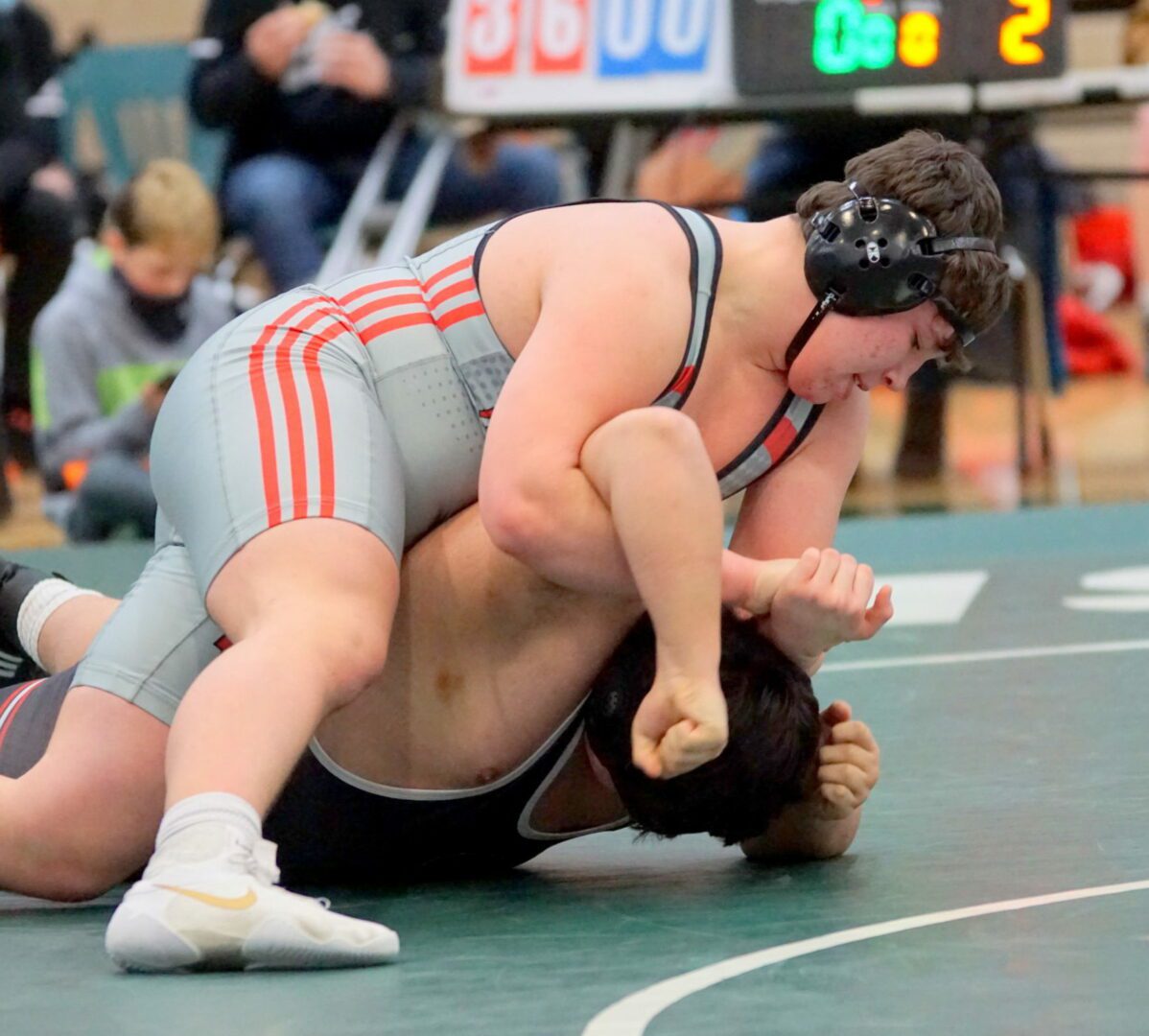 But Saturday was the Vikings’ day to shine and reclaim the GMAA trophy that they owned for so long.

The Vikings took the title by going 3-0 on the day, with victories over the Rockets as well as Orchard View and Ravenna.

The day was particularly special for Whitehall juniors Ira Jenkins and Max Brown, who both captured their 100th varsity career victories.

“I was really happy they had the tournament this year, and I couldn’t be more proud of every single guy,” said Whitehall Coach Justin Zeerip. “Everyone competed and did their job. We had a lot of crucial matches there, and our kids were battling.

“We just said, hey, this is a new year. Last year things didn’t go our way, but we wanted to compete in every single match and pick up some bonus points, and we did that.”

The city tournament was different this year, due to COVID crowd concerns. The top four seeded teams in the county were invited to participate in the Tier 1 event at Reeths-Puffer High School, with the other teams competing in lower tiers at other venues.

The format was also different. In other seasons there was a round-robin tournament in each weight class, with wrestlers batting to become individual weight class champions and earn points for their team, as well. This year there were no individual champions, just a series of dual matches between the four teams. 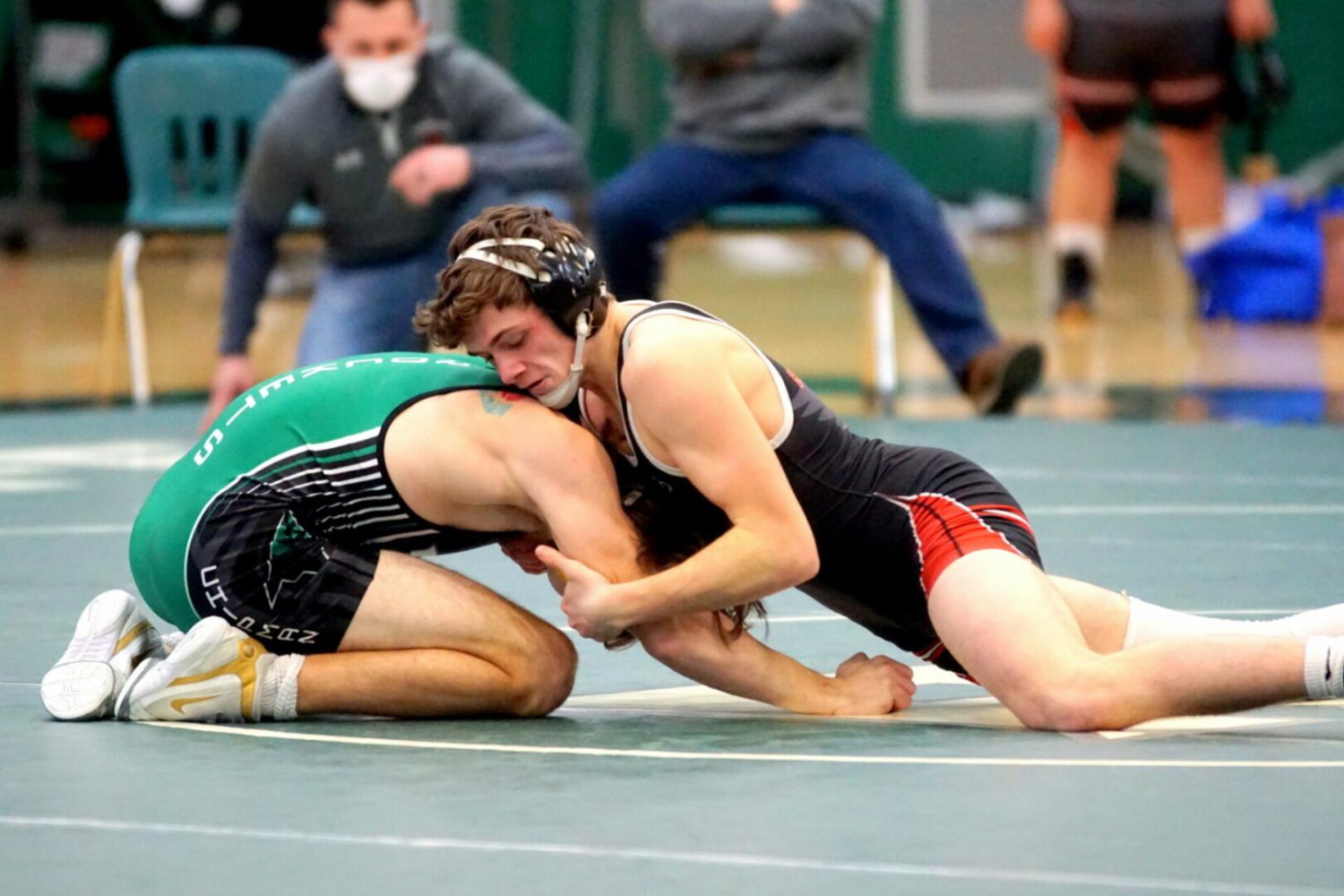 That led to the anticipated showdown between Whitehall and R-P, the two best teams in the area, with the winner walking away with the trophy.

The big match started out well for Reeths-Puffer. The Rockets opened with a win by  Thade Radosa (152), who beat Whitehall’s Nicholas Blanchard 5-3 in overtime, as well as a victory by James Rozycki (160), to take an early 6-0 lead.

Whitehall rebounded with a win by Connor Young (171) to make the team score 6-3, then the Rockets’ Caleb McNeil downed Whitehall’s Kris Dowdell 6-3 in the 189-pound match to give Reeths-Puffer a 9-3 lead.

Then Whitehall took over, winning the next five matches, and 8 of the final 11, to recapture the championship. 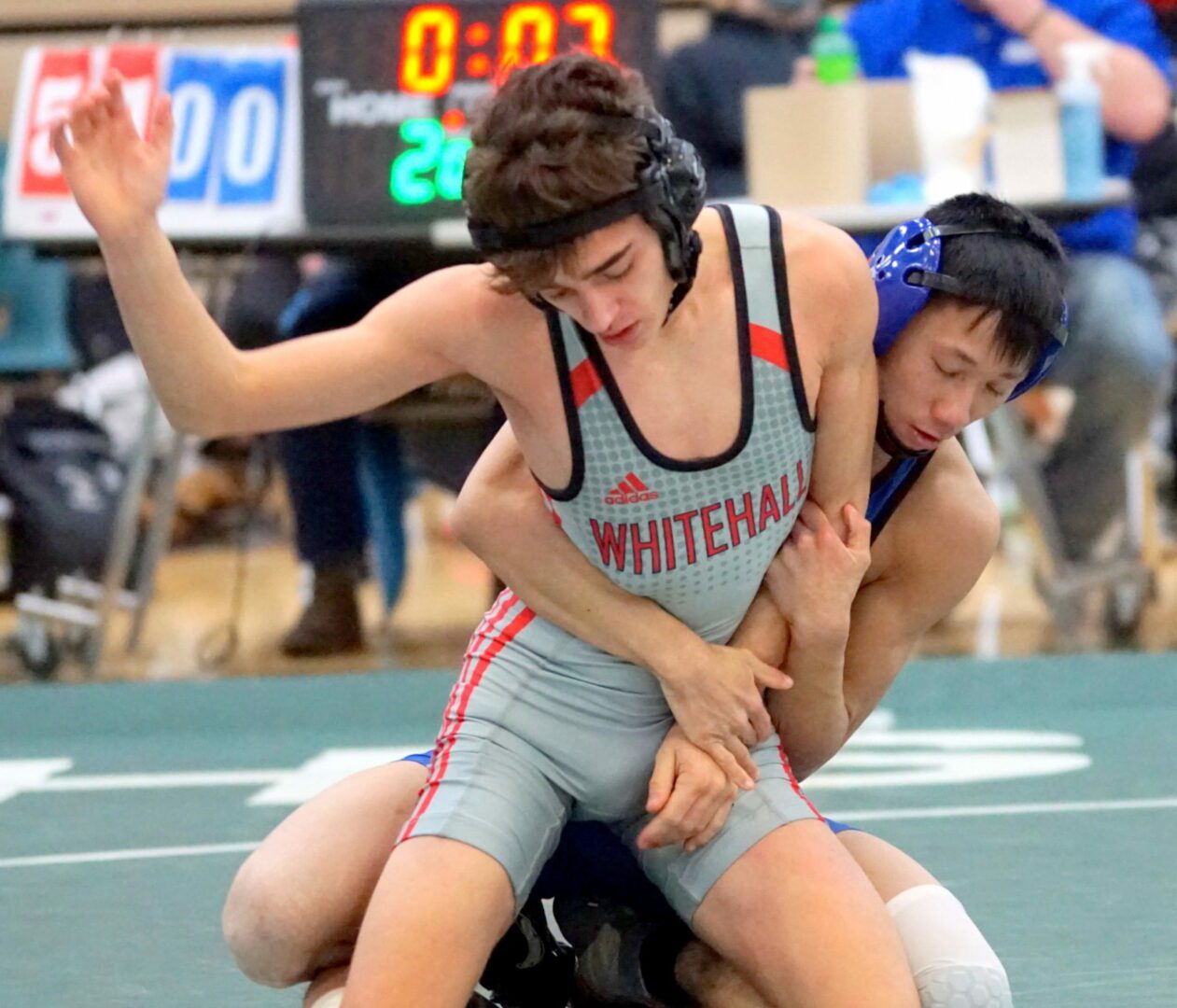 Reeths-Puffer had to forfeit at 112 pounds, and suddenly Whitehall led 30-9.

The Rockets found back hard and made the score respectable, getting a win from Jacob Blowat at 125, a pin from Kaden Malotke at 130, and an exciting 10-9 win by Alex Chapman over Whitehall’s Aiden Weiler at 135 to make the score 30-21.

“There is a rivalry there,” Coach Zeerip said about wrestling Reeths-Puffer. “We try to keep our emotions in check and treat it like just another match, but there is a rivalry, and the city tournament is a big deal going way back. Our kids stayed laser- focused all week and were excited for this match.

“All of our guys looked really good today.”

Goorman’s gridiron picks: High school playoff picture is taking shape, and there may be some surprises