But after a 57-46 loss to West Ottawa on Friday night, the Buccaneers suddenly find themselves in third place. 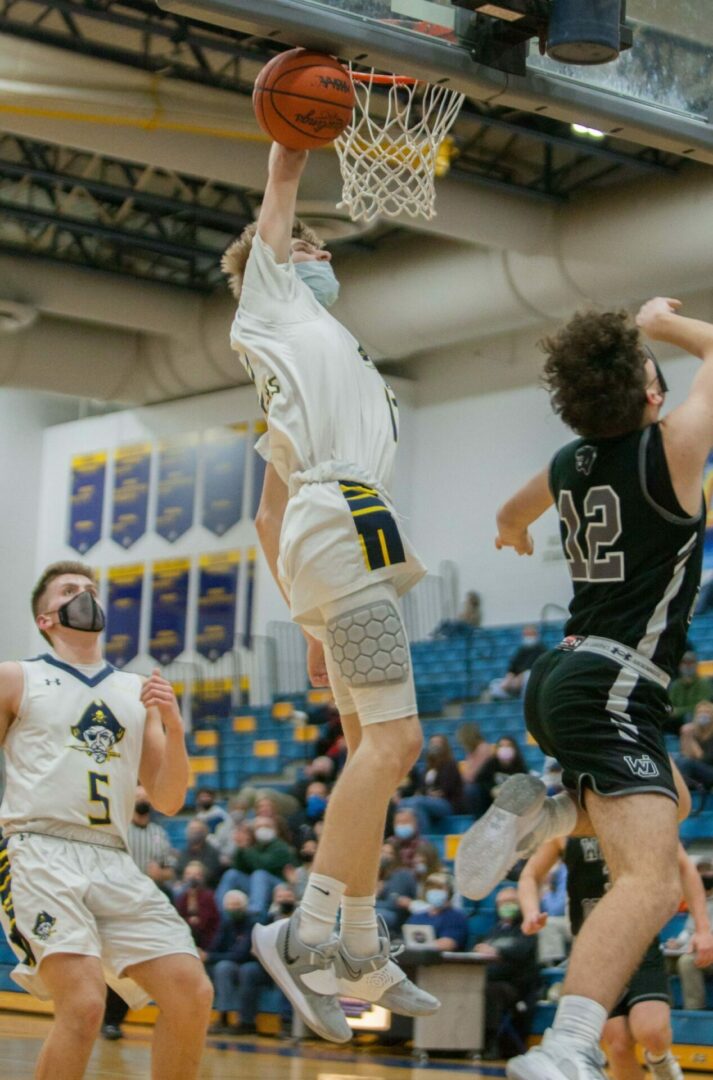 Harrison Sorrelle pins to the backboard a layup by West Ottawa’s No. 12 Reid Reimink. Photo/Jason Goorman

Grand Haven couldn’t overcome a poor second quarter, when they were outscored 12-2, and dropped their second consecutive game to fall to 6-3 in the conference.

“You look back a week, we’re still the same team we were a week ago,” Grand Haven coach Greg Immink said. “Our record obviously changed, but if anything this week has showed us some areas that we’re a little deficient in, and need to get better at, and we will.”

Immink said the biggest difference from the Bucs’ first game against West Ottawa — a 62-45 Grand Haven win — was the energy level of the two teams.

“They had a lot more energy than we did tonight,” he said. “The first time around I thought we brought the energy to the game. But tonight too many of those 50/50 balls under the basket, on the floor, (West Ottawa) came up with them and I think that was the deciding factor, really.”

Grand Haven got off to a good start, leading 13-10 with 1:46 to play in the first, but West Ottawa ended the quarter on a 6-0 run to lead 16-13 at the buzzer. During the run, Bucs starters Bashir Neely and Nic Stump both picked up their second fouls. 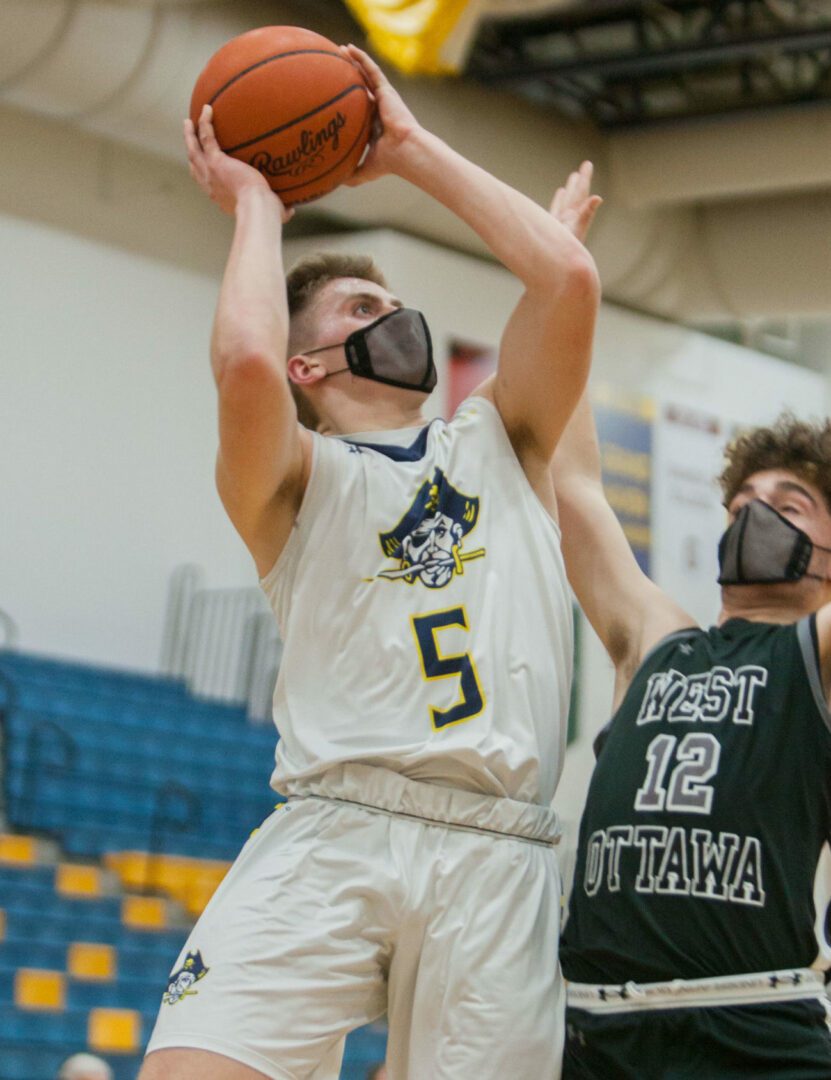 Grand Haven’s Owen Worthington goes up for a shot along the baseline. Photo/Jason Goorman

The Panther run continued in the second quarter, when they had a 12-2 surge to lead 28-15 at the half.

“Once you get behind against West Ottawa, it’s a tough team to come back on,” Immink said. “They do such a good job with ball control, and have people who can control the ball under pressure. So we got ourselves into a little bit of a hole and just couldn’t get ourselves out of it.”

West Ottawa outscored Grand Haven 17-14 in the fourth to close out the win.

Stump led Grand Haven with nine points, including seven after halftime, followed by Owen Worthington with eight points and Harrison Sorrelle and Landon Vanbeek with seven each.

West Ottawa now sits alone in second place in the O-K Red, with a 7-2 record in conference play and 8-2 overall. 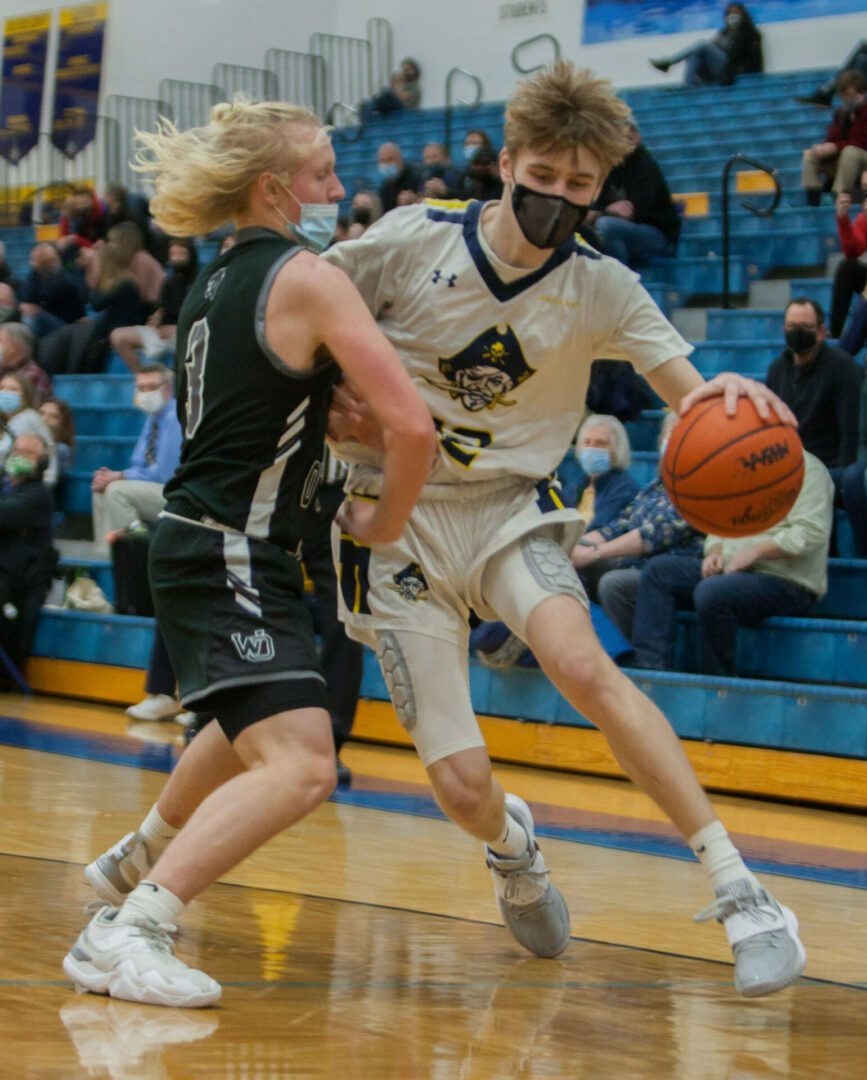 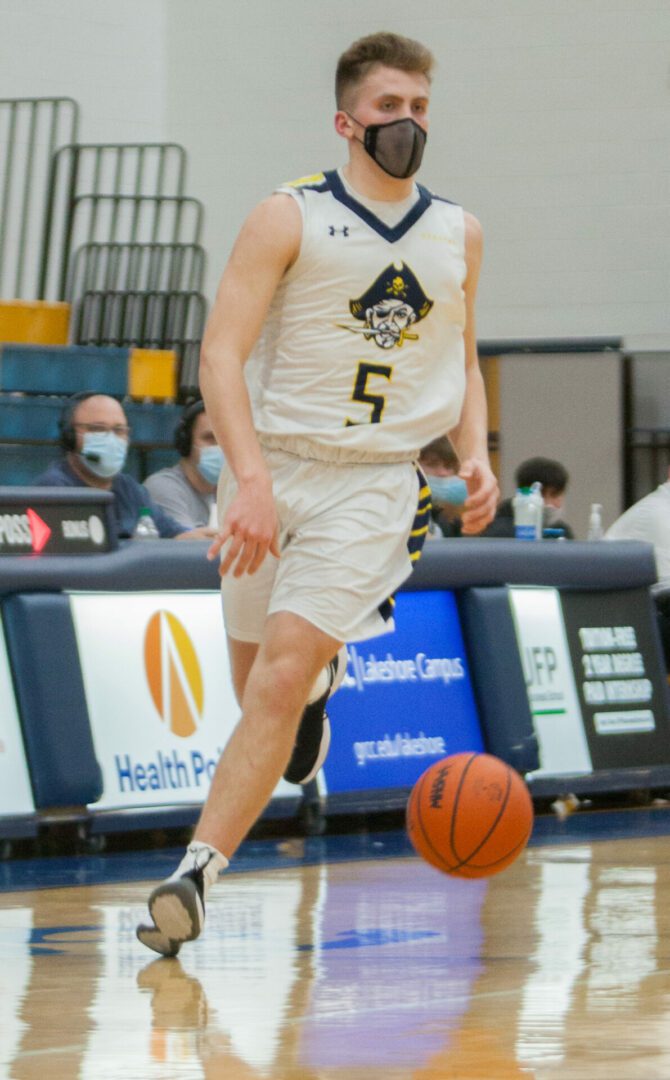 Owen Worthington brings the ball up the floor for Grand Haven. Photo/Jason Goorman 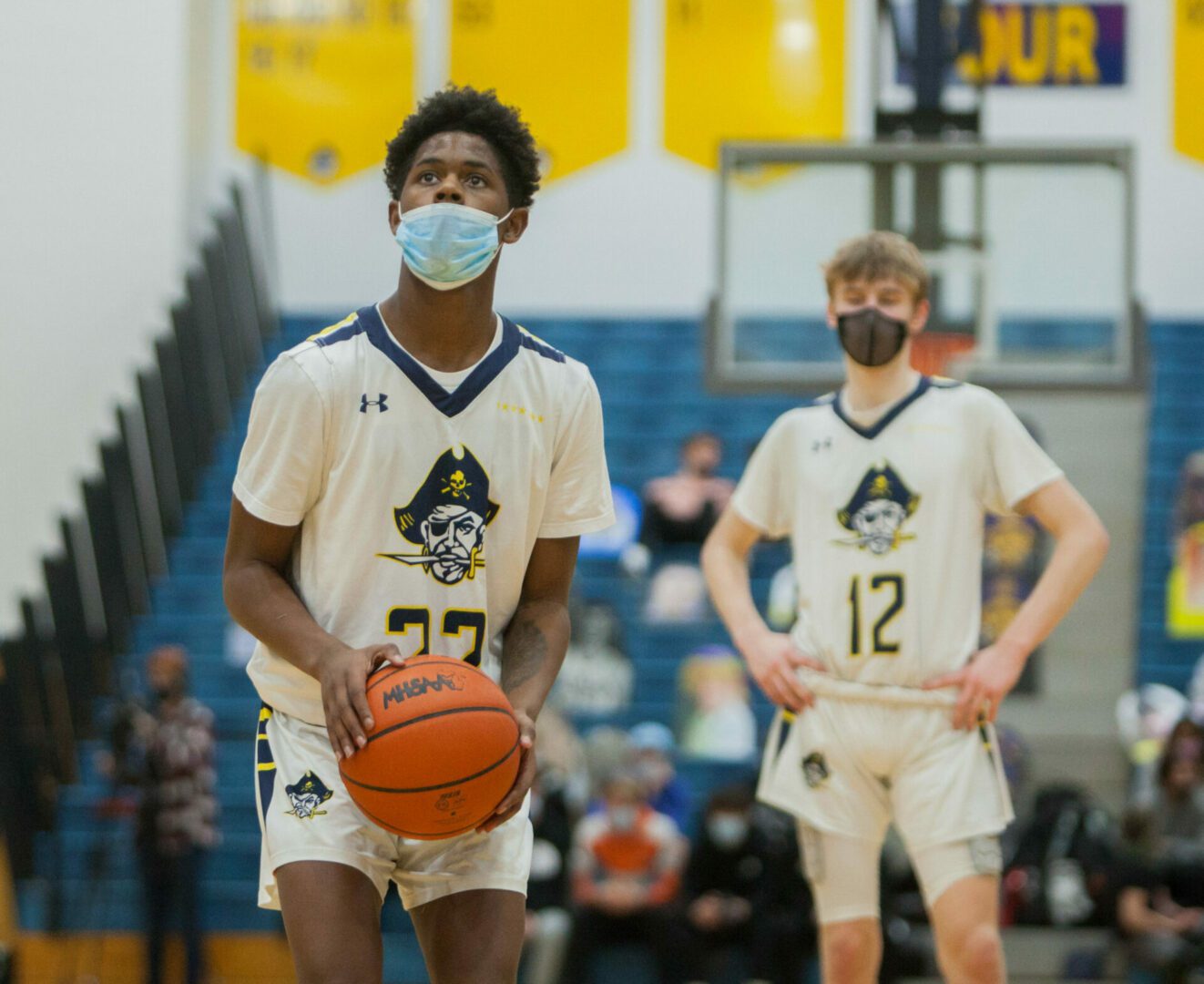 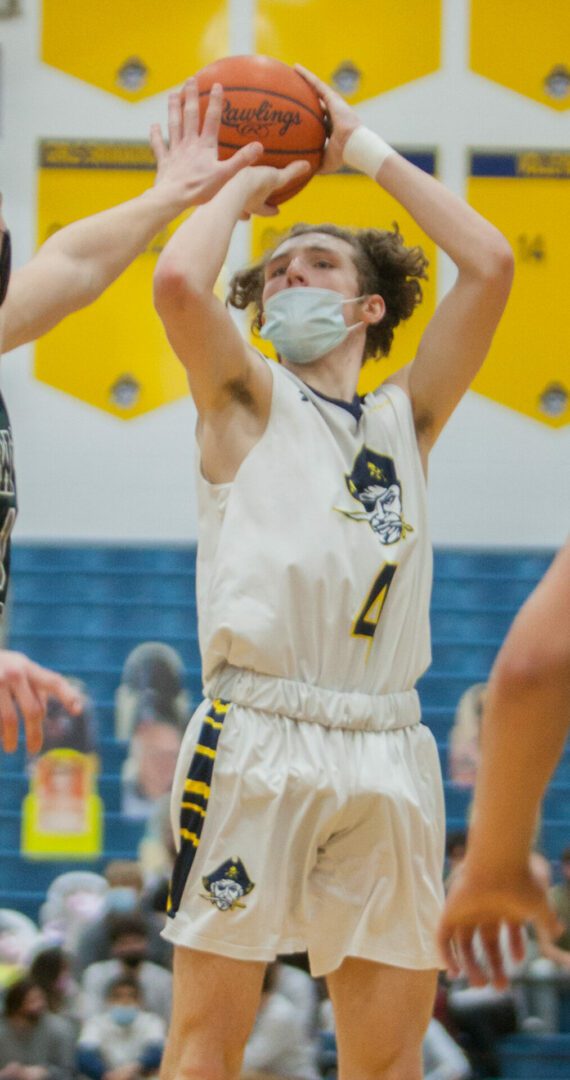 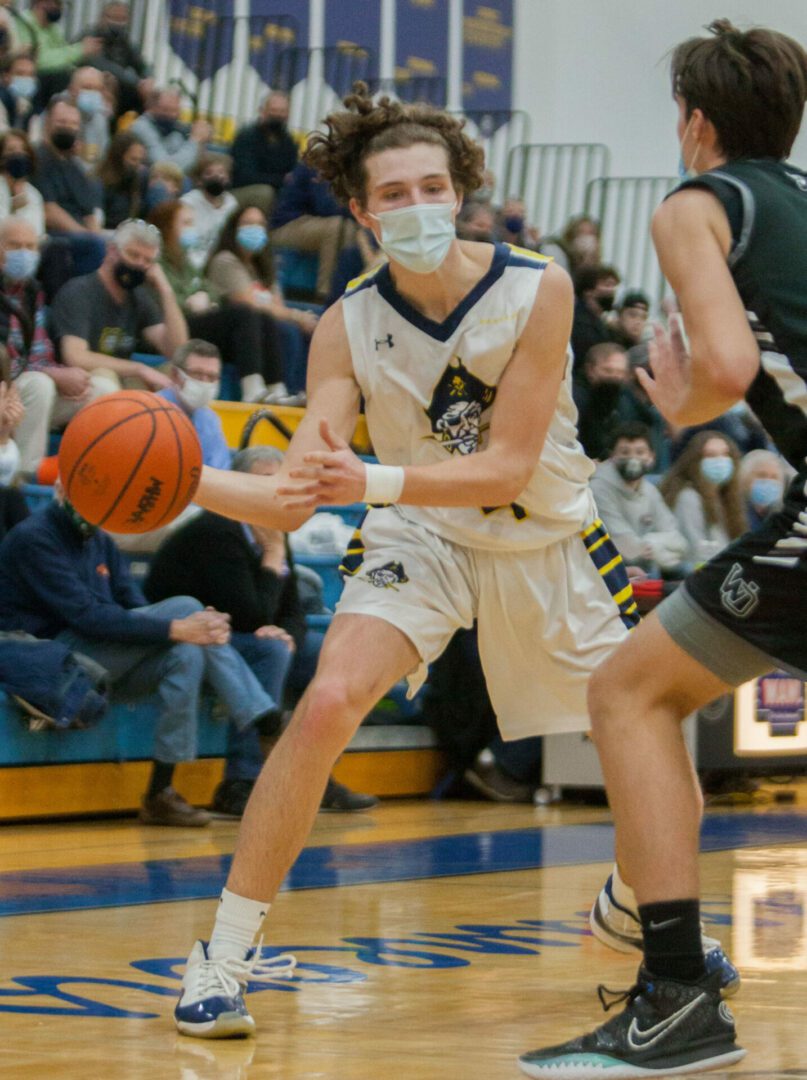 Nic Stump makes a pass into the post for Grand Haven. Photo/Jason Goorman 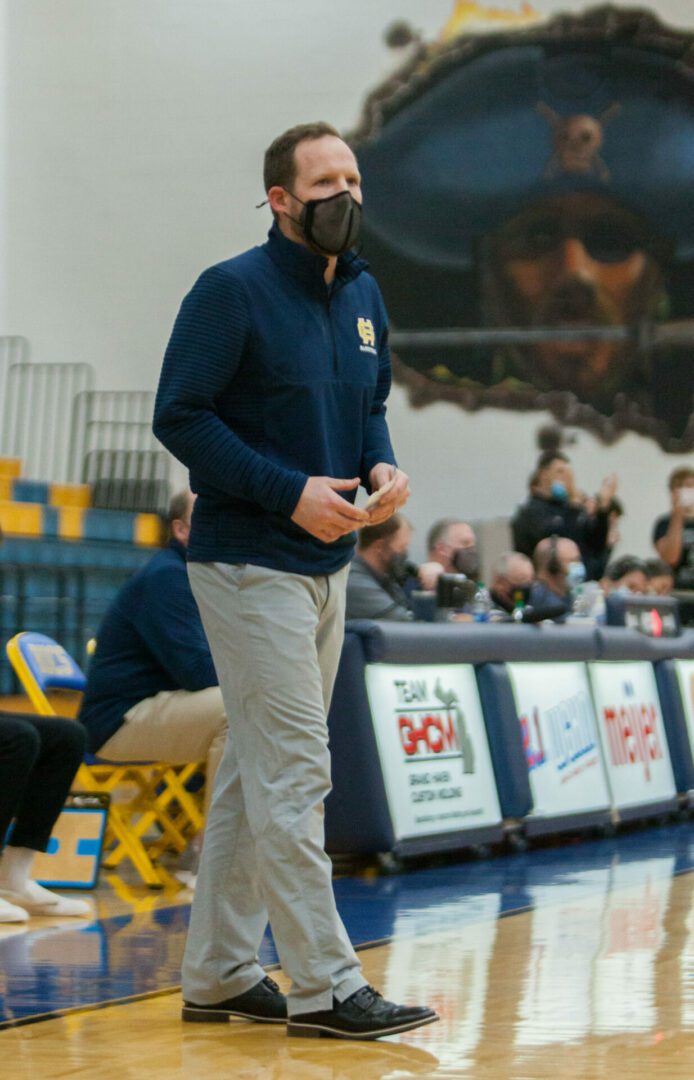 Harrison Sorrelle pins to the backboard a layup by West Ottawa’s No. 12 Reid Reimink. Photo/Jason Goorman 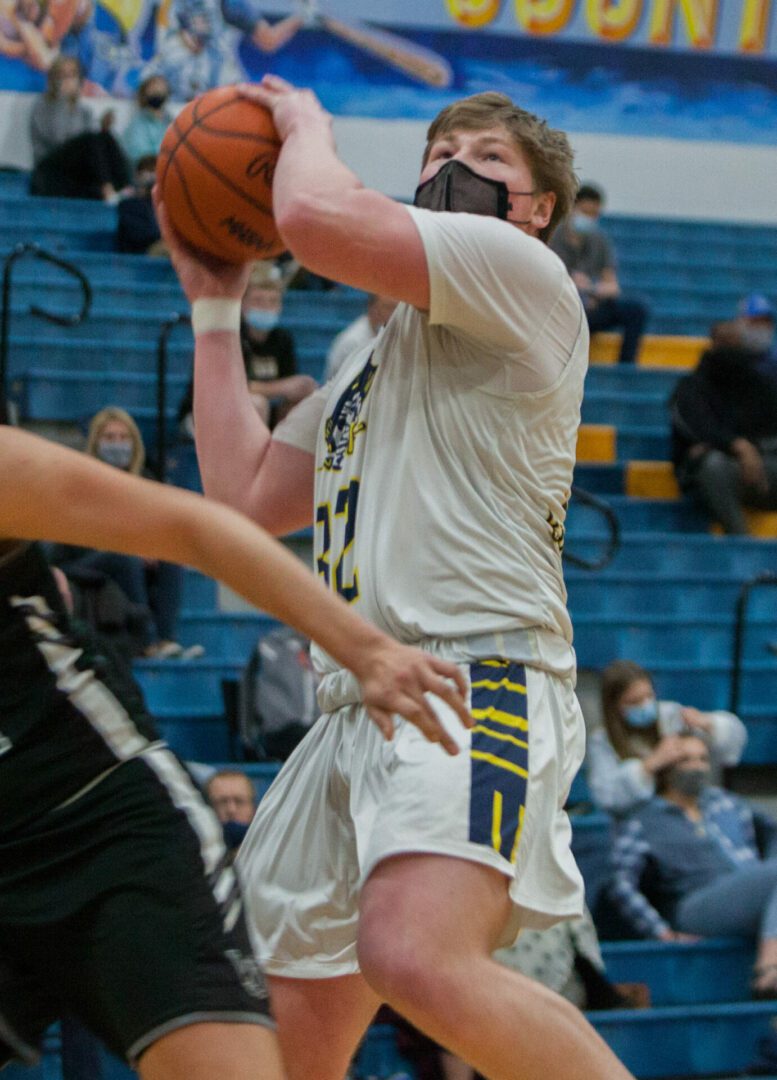 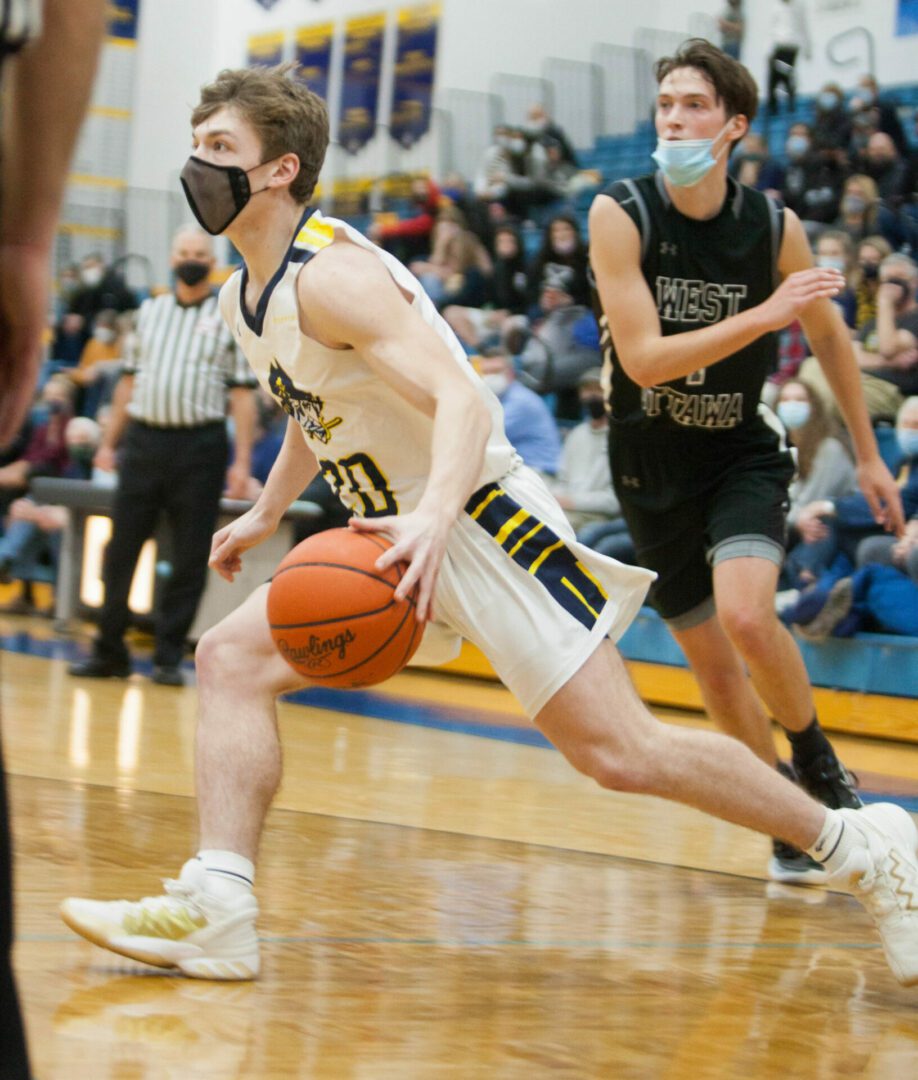 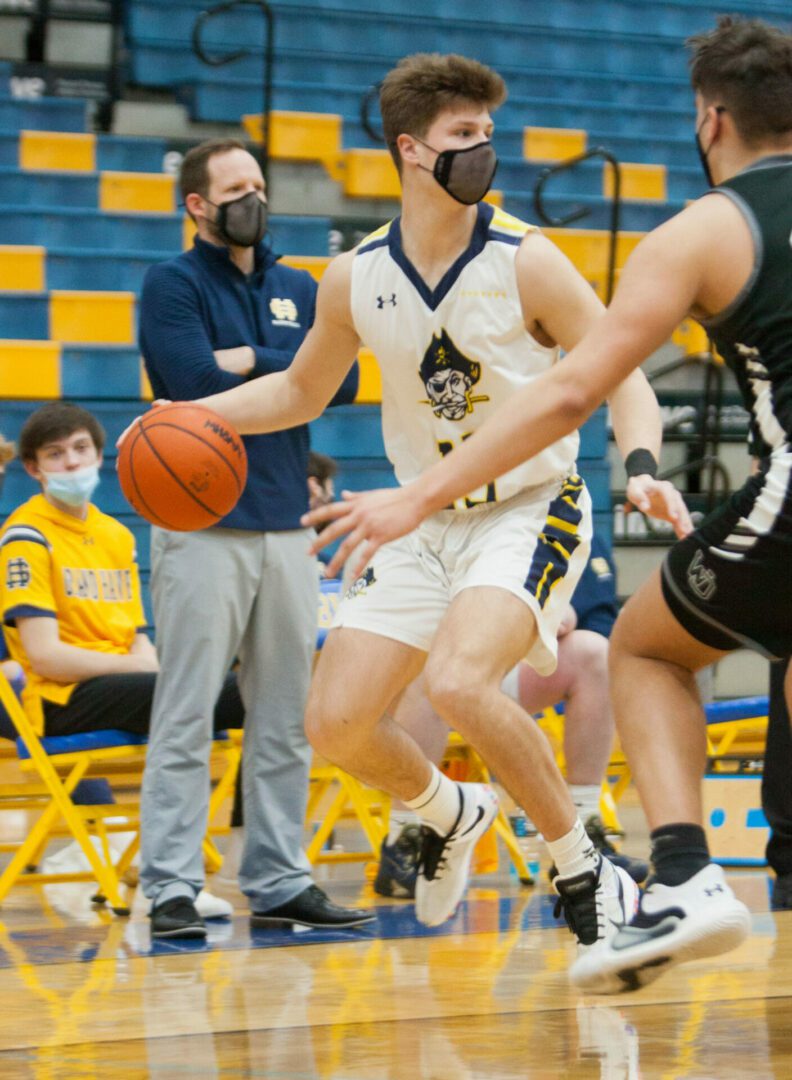 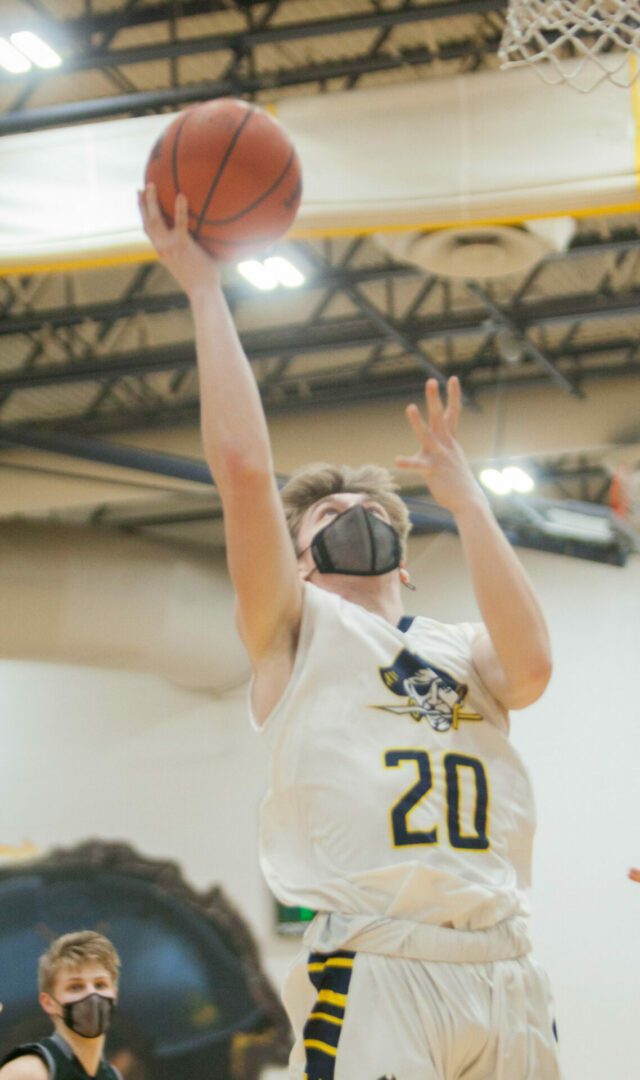