GRAND HAVEN – The Grand Haven boys basketball team is still alive in the O-K Red championship race, thanks to some very tough defense when it mattered the most.

After suffering two losses last week, and falling out of a first place tie in the conference, the Buccaneers rebounded with a huge 35-31 victory over league-leading Rockford on Thursday at Grand Haven High School. 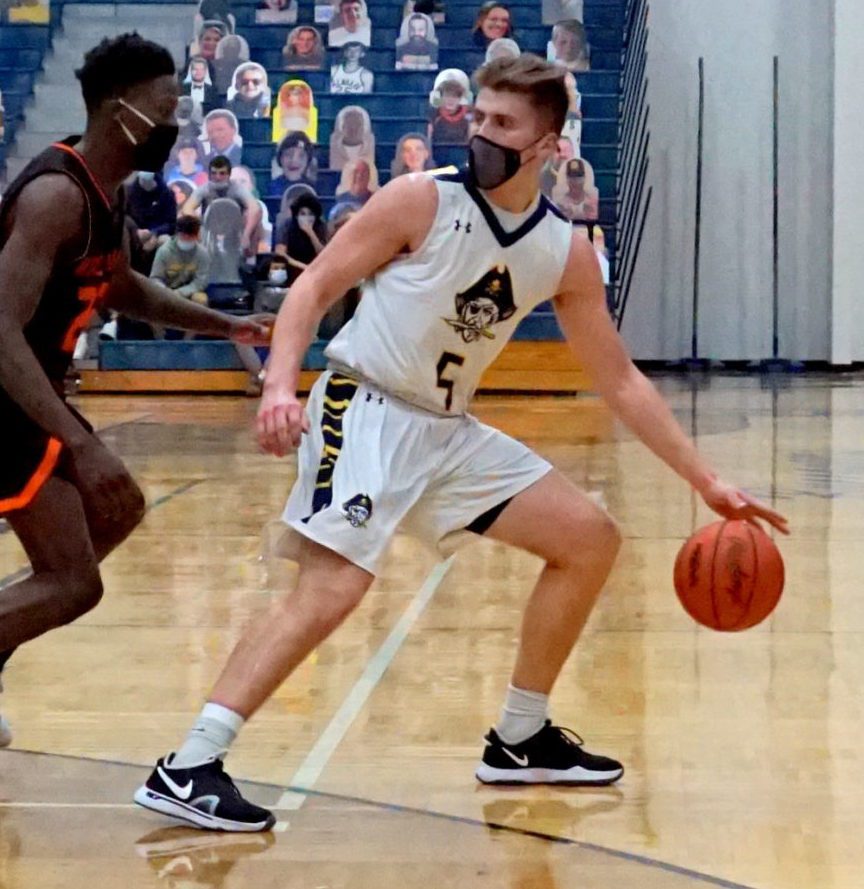 It was only the second loss of the season for Rockford, and they have both come against Grand Haven.

The victory puts the Bucs at 8-3 overall as well as in the O-K Red.  They still trail Rockford by one game in the loss column in the conference standings. Rockford is now 12-2 overall and 7-2 in league play.

“I was very pleased with our effort tonight – it was a big reason for the win,” said Grand Haven Coach Greg Immink, whose team gained the victory by holding Rockford scoreless for the last half of the fourth quarter. “We just made enough plays down the stretch.

“These were two really good teams maybe not playing the prettiest basketball. It was a slugfest where everyone was amped up to play, and it was just a phenomenal game.” 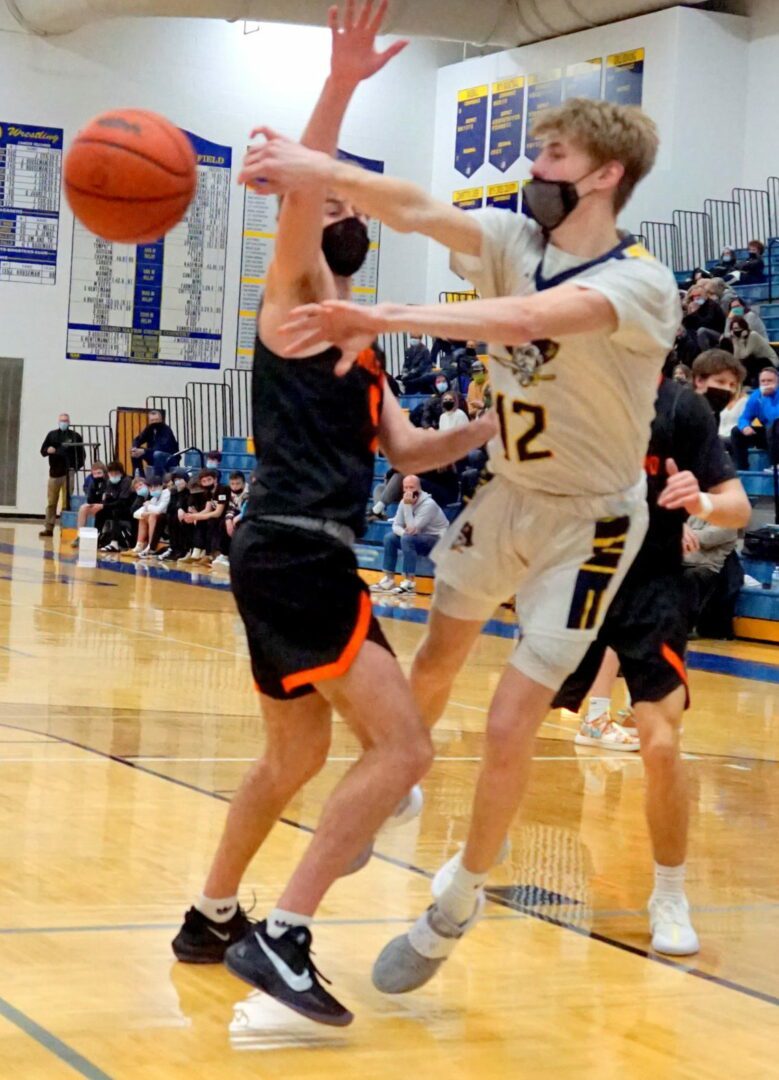 Harrison Sorrelle makes a pass underneath the basket for Grand Haven. Photo/Leo Valdez

Owen Worthington hit a three-pointer for Grand Haven on the first possession of the second quarter to give the Bucs their first lead of the game. Four different Bucs hit baskets in the quarter and they led 14-10 at halftime.

Grand Haven started finding its offense in the third quarter. Sorrelle drew a shooting foul and hit one of the free throws, then a steal led to Bashir Neely nailing a fast-break layup. After a Rockford miss and some nice ball movement in the offensive end, Stump drilled a three to give Grand Haven a 20-10 advantage with six minutes to go in the third.

“We turned up the intensity on defense,” said Stump, a junior post player. “Good defense leads to great offense, and that’s what we had to do. 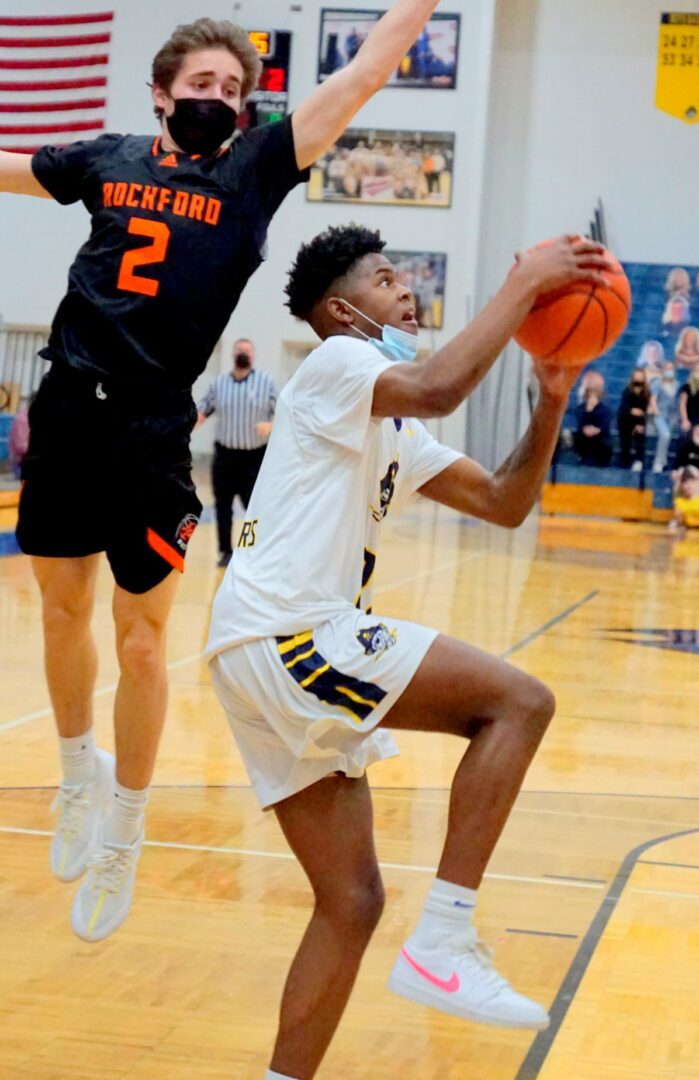 “We’ve been preparing for Rockford all week, they’re a great team. Tonight was all about our coaches and bench guys keeping the intensity and energy.”

Rockford responded with a run of its own. Sam Krist hit a layup to get the Rams on the board in the second half. On the next possession Neely got to the rim and put home a pretty finger-roll layup to put Grand Haven’s lead back to double digits.

That would not last. Charlie Deutsch hit one of two free throws for Rockford, and then a Bucs turnover led directly to a three-pointer from Krist. Another miss by Grand Haven, followed by a bucket for Rockford, cut the lead to 22-18 with 3:32 left in the third.

Stump hit a layup following a time out, and the teams traded baskets before Grand Haven missed a three-pointer at the buzzer. 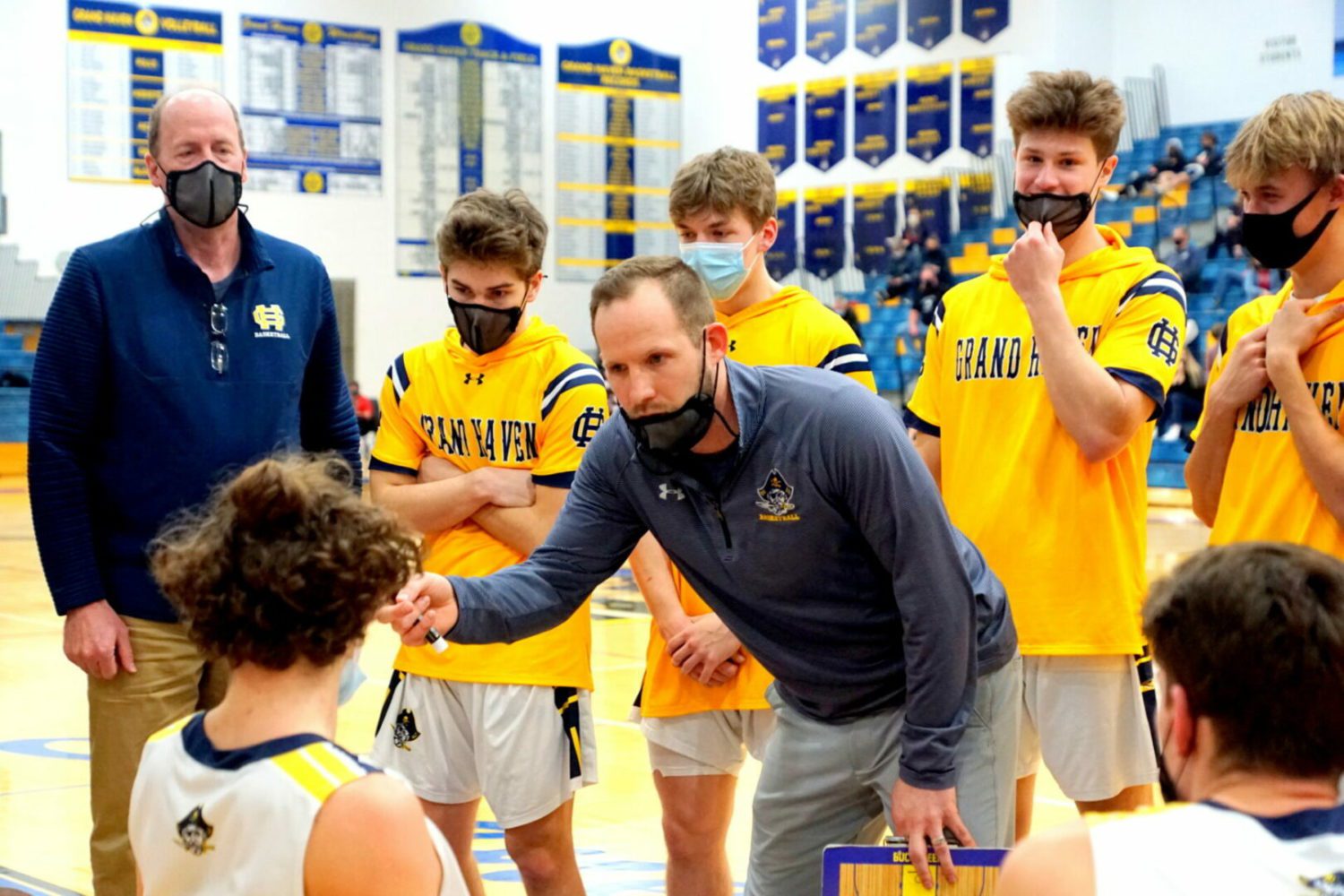 “You know against a great team like Rockford you can’t take any lead for granted, they will make a run at you,” Immink said.

Each team scored on their first possession in the fourth quarter before the defense tightened right back up and slowed the scoring paced down again.

Calvin Kibbe hit a three for Rockford to cut the lead to one point with five minutes to go in the game. Krist converted a fast break opportunity and gave Rockford a 31-30 lead with just under four minutes to go.

After a miss by each team, Grand Haven’s Owen Worthington was fouled and hit one of two free throws to tie the game with 3:06 remaining. 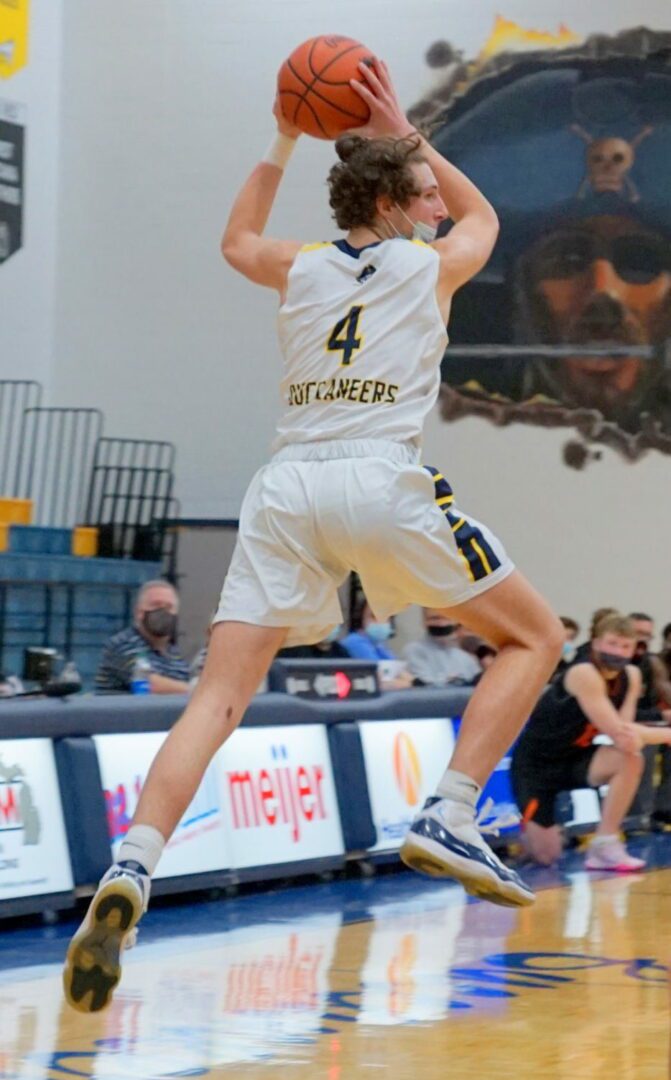 Each team kept the defensive intensity, and both missed shots down the stretch, before Stump was fouled on a rebound and hit both free throws, giving the Bucs a 33-31 lead with 90 seconds to go.

With under a minute left, Rockford’s Jack Lamancusa was fouled, but could not convert the 1-and-1. Grand Haven attempted to move the ball up the floor, but turned it over and Rockford had a 2-on-1 break, leading to a point-blank layup attempt by Kibbe that rolled in and out of the basket with 15 seconds to go.

Rockford attempted to cut the lead but could not get a shot off, and Grand Haven escaped with the four-point win.

Sorrelle led Grand Haven with 12 points, Stump put up 11 to go along with four blocks, while Neely had eight points and three steals.