The Holton boys basketball team rallied from a double-digit deficit to stun Western Michigan Christian in a district semifinal game Thursday night. The Red Devils trailed by 13 after the first quarter, but came back to win 42-40. 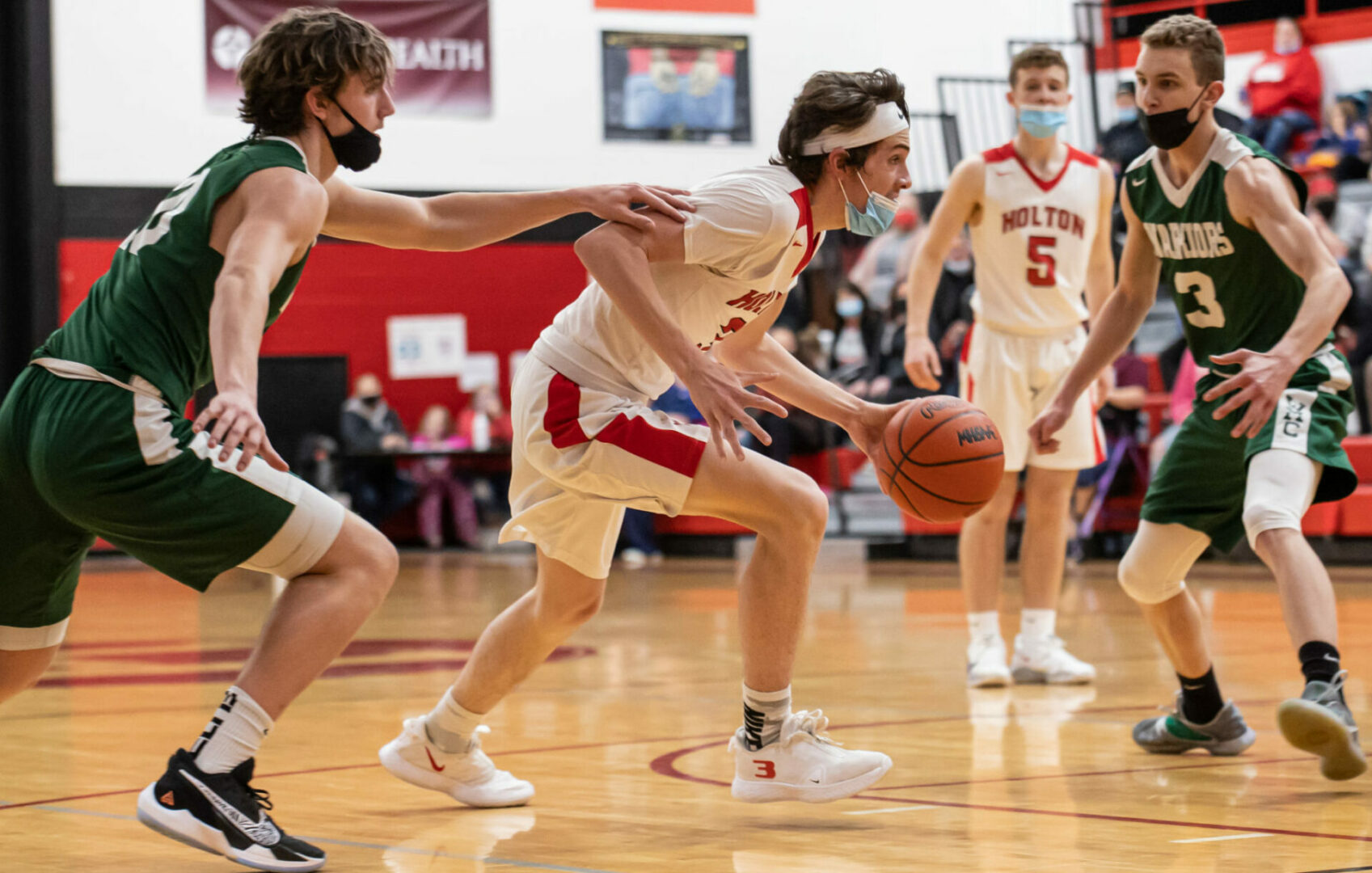 Red Devil junior Wyatt Monette was the hero for Holton hitting a running shot in the lane with 6.6 second left to secure the win.

The Warriors controlled the game early, sprinting out to an 18-5 lead after the first quarter. The Red Devils bounced back in the second quarter to draw within 24-19 heading to halftime.

Holton outscored WMC 16-8 in the third quarter to take a 35-32 edge heading to the fourth, then held on to win. 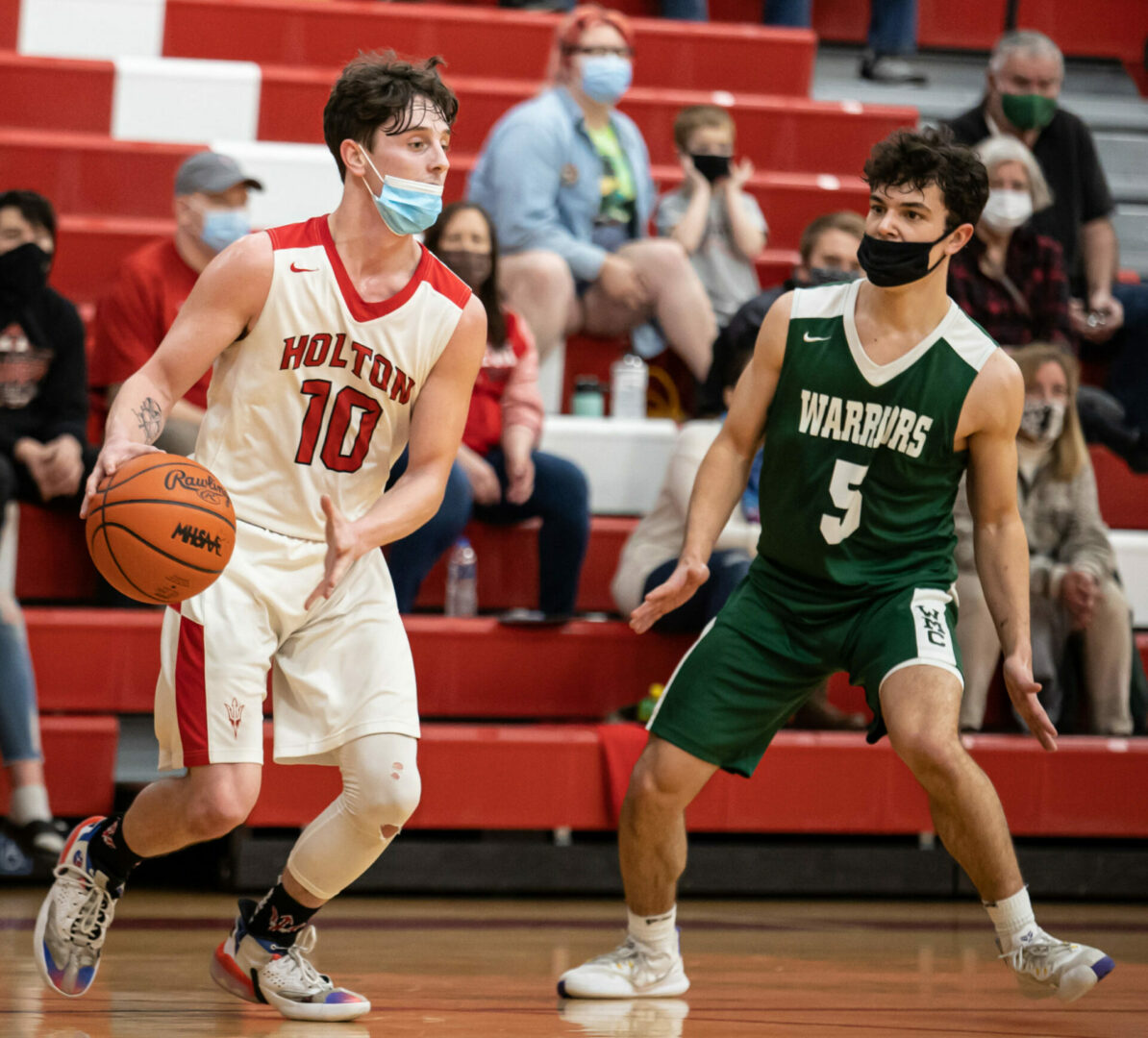 “We took a punch early tonight and we’re able to get back up,” Holton coach Keith Swanson said. “Our guys are so mentally tough. They’ve been that way all year.”

“Our defense, as a team, was outstanding and our two leaders, Poling and Monette, came through huge for us,” Swanson said.

Owen Vernado led WMC with 12 points. Micah TerHaar and Brekken Fairfield both scored 11 for the Warriors.