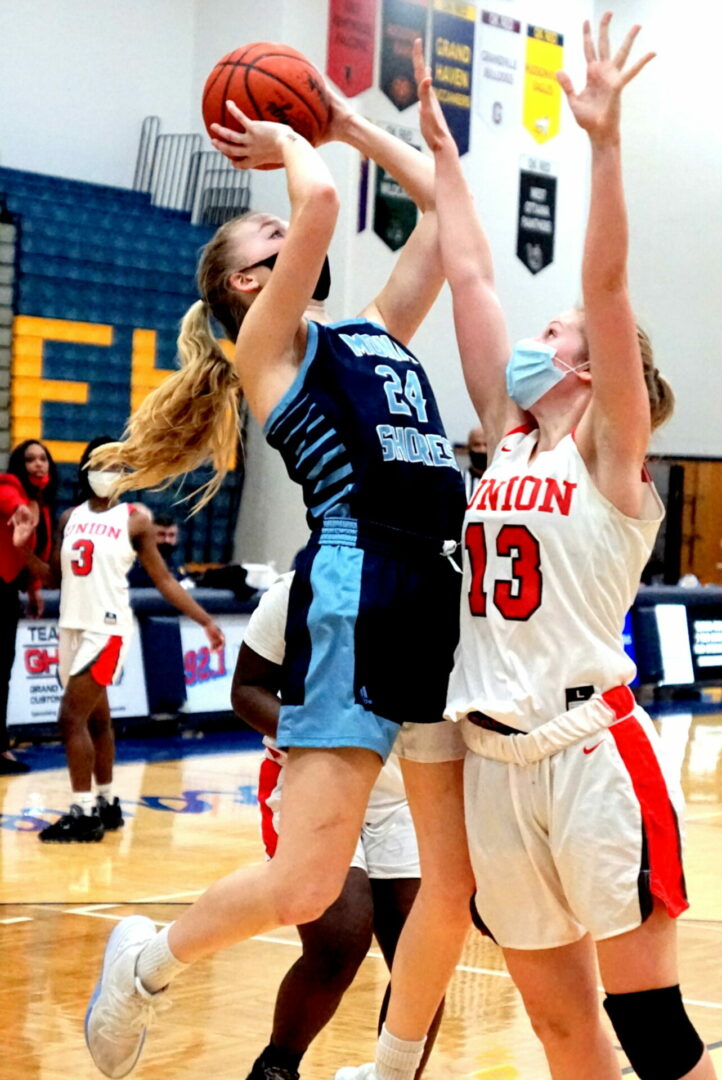 Bri Wade takes a shot from the block for Mona Shores. Photo/Leo Valdez

It’s the first district title for the Sailor girls since 2017, when the current senior class was in eighth grade.

“We look up on the record board and see it says 2017 (as the last district title),” said senior Riley Rosenthal. “To go get a conference title and now a district title to put up there, it’s awesome.

“We never stopped working. We knew we could do it and we kept working, kept pushing and it paid off.” 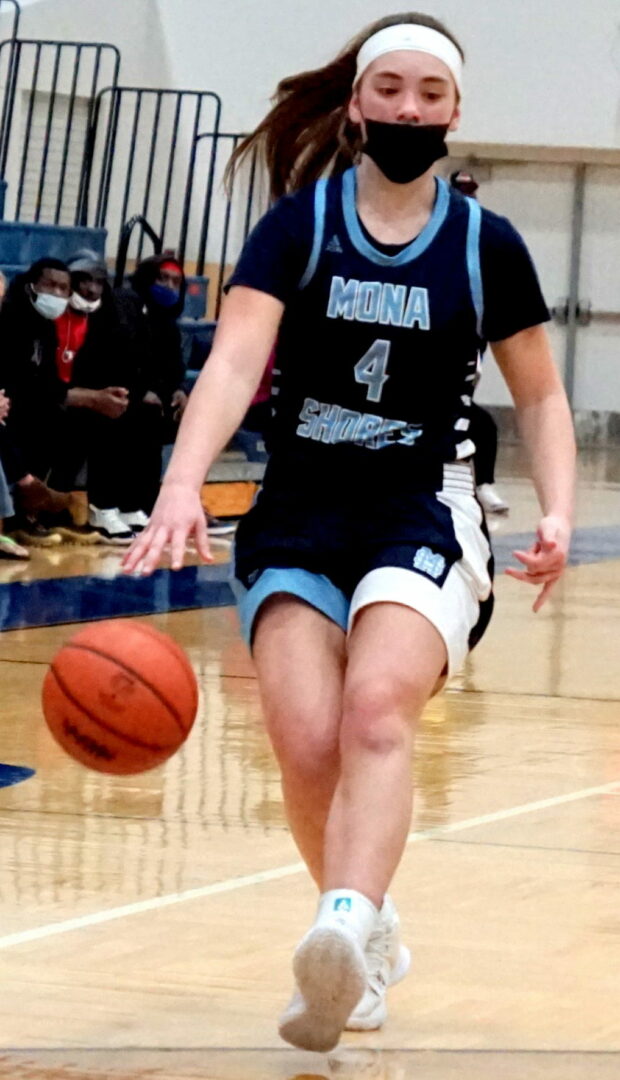 Brooke LeRoux pulls up to set up a play for Mona Shores. Photo/Leo Valdez

Phillips said just having a season this year, let alone winning a district title, was special.

Mona Shores, now 14-3 on the season, advances to face Hudsonville (18-1) in a regional semifinal game on Monday. The contest will tip off at 5:30 p.m. at Holland West Ottawa High School.

The Sailors were buoyed by a pair of big scoring runs on Friday, one each in the second and fourth quarters.

Mona Shores used a 16-3 spurt in the second to go from being down one point to up 12 two minutes before halftime, then had a 10-0 run spanning three minutes in the fourth quarter to stretch a seven-point lead to a 17-point advantage.

“We’ve had those all year long,” Phillips said. “Those 6-0 runs, those momentum builders, are big. Our kids know, those are the little moments within the game that we’re looking for. We know that if we can get three of those in a game, it usually bodes pretty well for us.”

Despite the 15-point final margin, Friday’s game was a battle throughout. The Sailors held a 13-12 lead after the first quarter, led by Rosenthal’s five points.

The Red Hawks scored the first two points of the second to take a 14-13 lead, but the Sailors responded with their first big run of the game. Mona Shores went on a 16-3 run over the next six minutes to lead 29-17. Olivia Sobczak scored seven points during the scoring spurt. 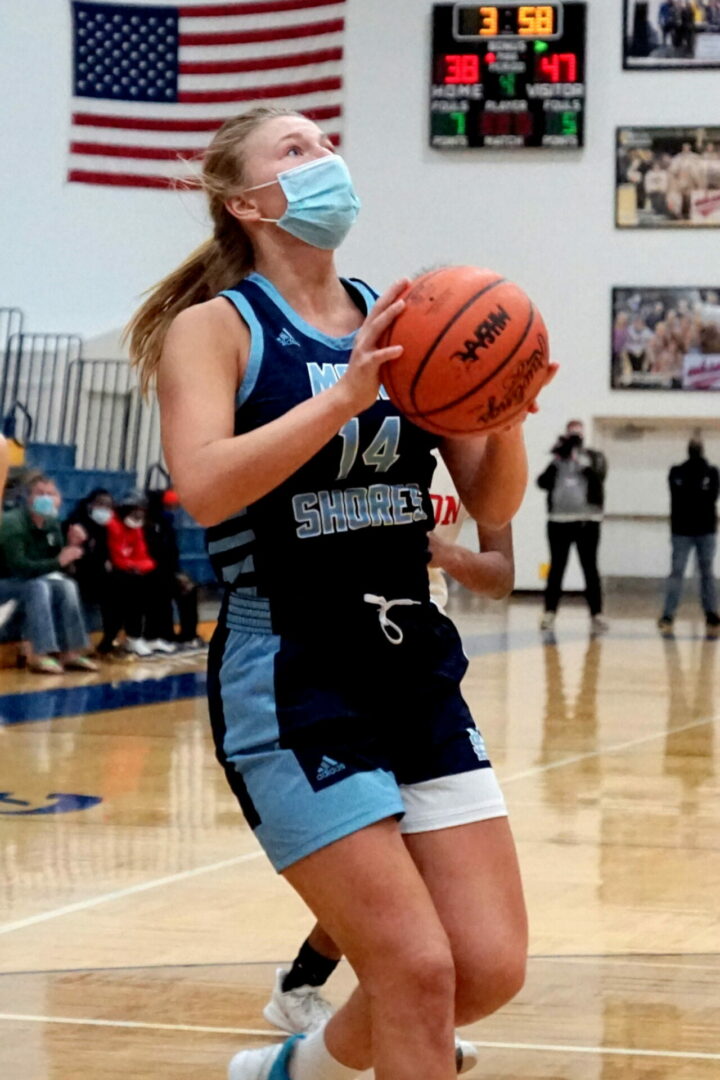 Union recovered a bit to close the half, drawing within eight points at 33-25.

The teams traded baskets throughout the third quarter, with the Red Hawks trimming the deficit as low as five points on several occasions. The Sailors led 43-36 heading to the fourth.

Both offenses started cold in the fourth, with each team scoring just two points in the first three minutes. From the 4:47 mark to the 1:47 mark, though, the Sailors heated up.

Mona Shores rattled off 10 straight points, with six from Rosenthal and four from fellow senior Bri Wade, to stretch the lead to 17 and put the game away.

Rosenthal and Sobczak each finished with 13 points to lead the Sailor offense. Wade chipped in 10, Brooke LeRoux added seven and Mia Brown had six.