HOLLAND – While some basketball coaches may be distraught by a season-ending loss in regionals, Mona Shores’ Mike Phillips is not among them.

Phillips’s Sailors wrapped up an otherwise great season on Tuesday with a 62-43 Division 1 regional girls basketball semifinal loss to Hudsonville at Holland West Ottawa High School. The loss wasn’t completely surprising, because Hudsonville came into the game with an 18-1 record and a big reputation. 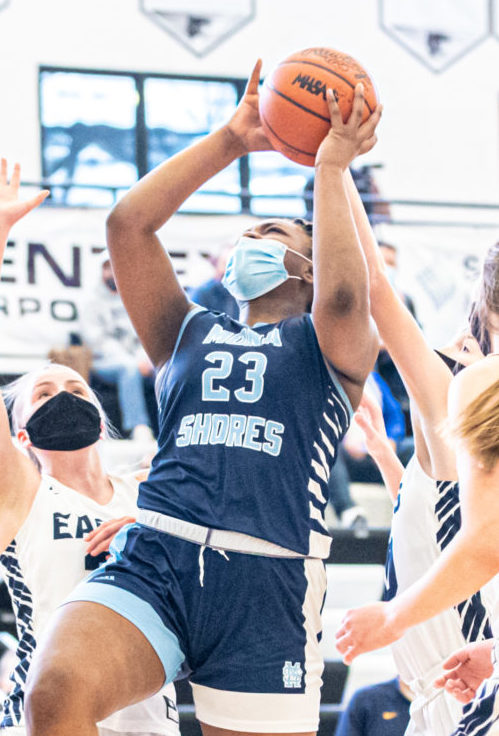 Brooklyn McLemore goes up in the lane for Mona Shores. Photo/Tim Reilly

Instead of focusing on the defeat, Phillips talked about his team’s overall 14-4 record, its O-K Green conference championship, and its Division 1 district title.

“I’m extremely proud,” Phillips said. “Winning a regional title wasn’t one of our goals. It would’ve been a nice ride, but I think we accomplished everything we wanted to this year, and every kid can know it was a successful year, regardless of how it ended.”

Mona Shores ran into a Hudsonville squad with a potent offense than jumped out to an early 14-3 lead. The Sailors cut their deficit to 17-9 after the first quarter with a late 6-3 run.

“They can shoot,” Phillips said about Hudsonville. “We knew it coming in, and you have a game plan to try and stop it. But they can stretch the floor and they’re really fast. They don’t have one kid, it’s shots coming from everywhere.”

The Eagles once again flexed their muscles to start the second half, opening with a 10-0 run to take a 41-23 lead midway through the third quarter.

Mona Shores ended the third quarter trailing 45-29, with Rosenthal scoring four of the six Sailor points in the third. 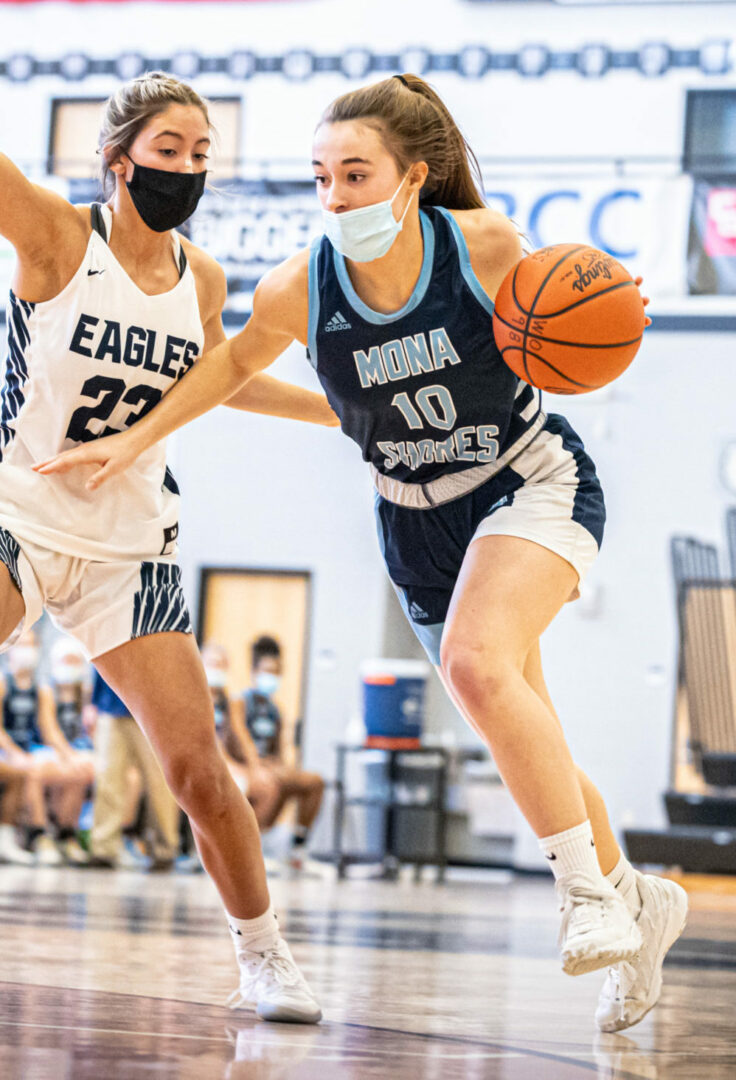 Phillips chose to roll out his youth in the fourth quarter to give them some regional tournament experience.

The Sailors on the court, all juniors and sophomores, hung tough with Hudsonville, and were only outscored 16-14 down the stretch.

“I think they determine what next year will be,” said Phillips about the juniors and sophomores who will return to the roster next winter. “They’ll determine it by how much time and effort they want to commit to become better in the offseason. They understand what it’ll take and the time they’ll have to put in. But I already see they’re already thinking about their roles next season.”

“They have brought a lot,” the coach said. “It’s not just from a basketball standpoint. They’re great people, teammates and leaders. They’ve left a lasting impact and have showed so much fight over the last three years. To go out as conference and district champions shows their commitment.”

Jenison continues dominant play in soccer at expense of Muskegon