With the victory, Mona Shores advances to take on Byron Center in the regional final on Saturday at Wings West Arena in Kalamazoo. Game time is scheduled for 1 p.m.

While Taylor had his four goals, Trent Benedict added two goals and three assists of his own on the night.

Goaltender TJ Habetler picked up the win in net for the Sailors with 19 saves. 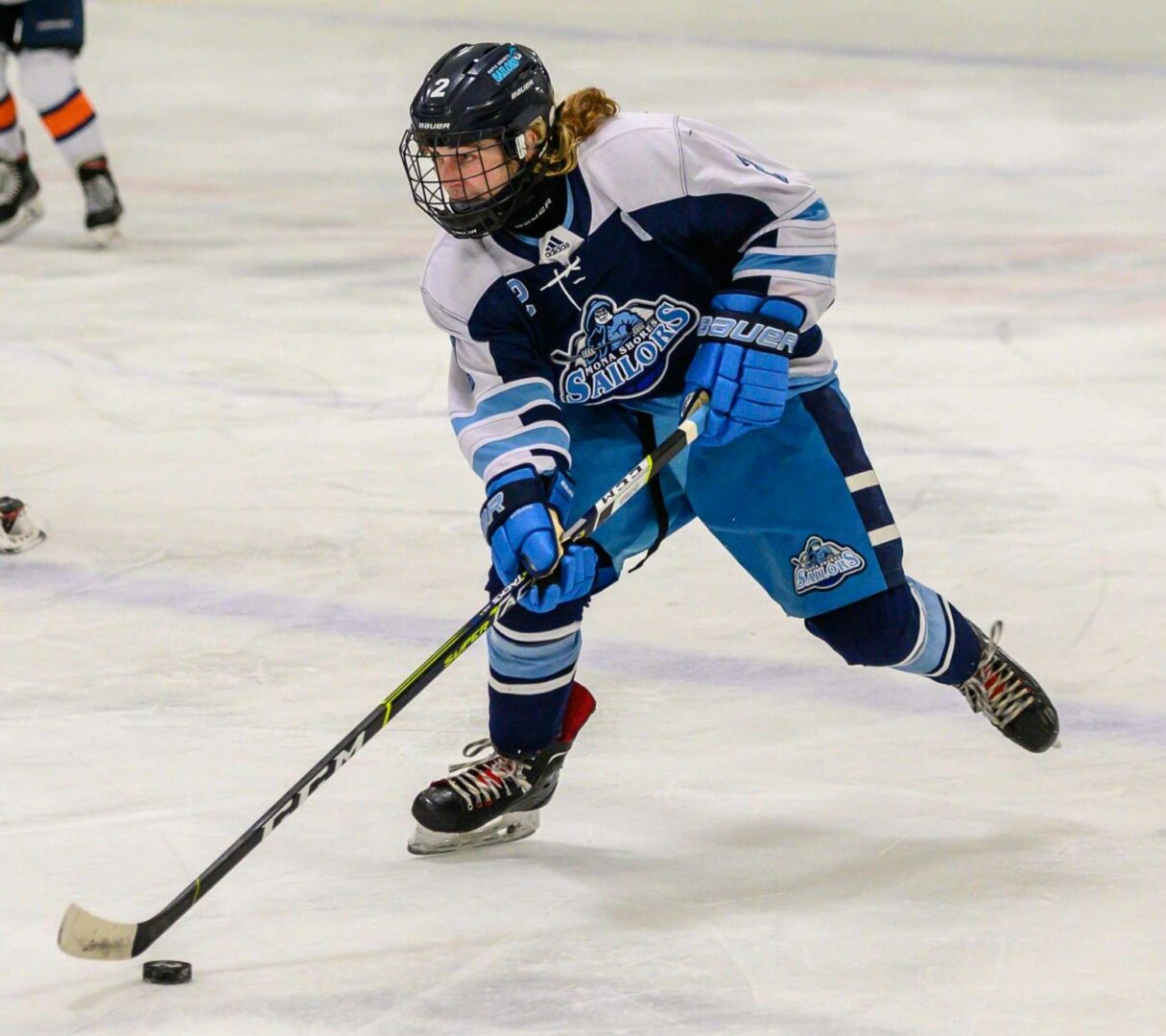 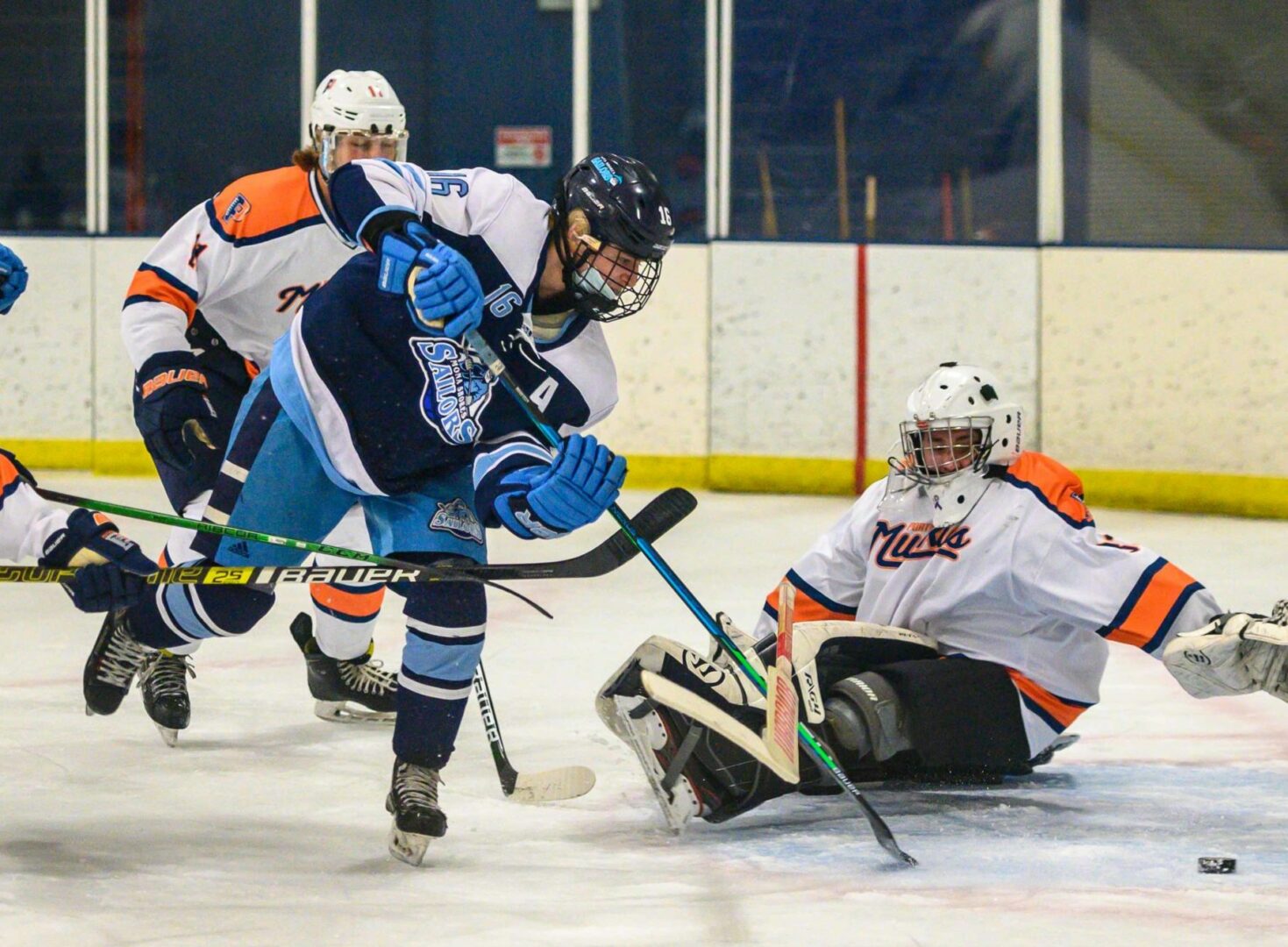 Andrew Taylor puts the Sailors on the scoreboard with a backhand past the Portage Northern goalie. Photo/Eric Sturr 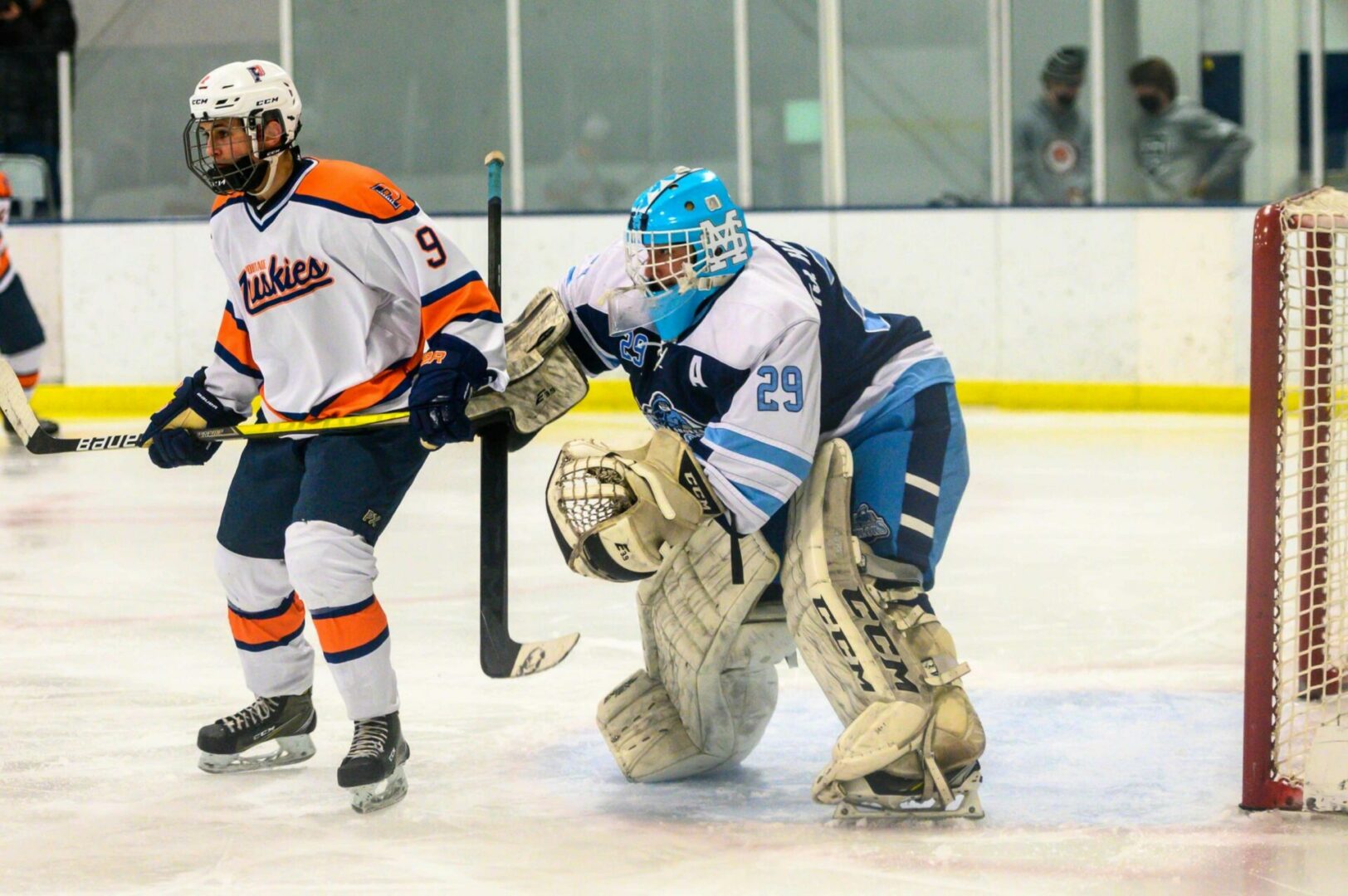