Montague hoops standout Ally Hall preparing for a long tournament run, after feeling the sting up an upset loss in volleyball

MONTAGUE – Most high schools are happy when one or two of their varsity teams have big seasons every year.

At Montague High School, championships have become the norm, particularly during the 2020-21 school year.

In the fall the Montague girls golf team ran the table and won a state championship. In January the football team did the same. 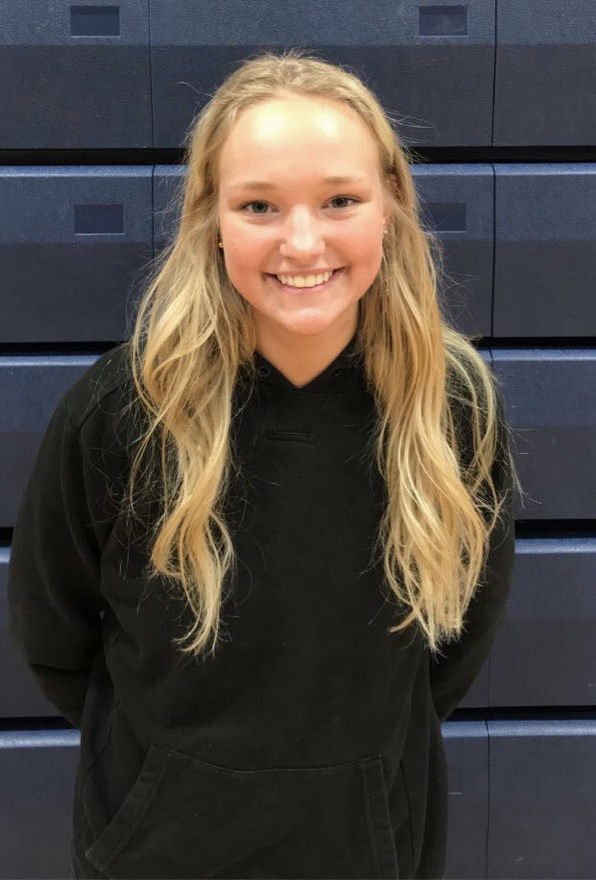 Now the Montague girls basketball team is riding high, with a perfect 13-0 record headed into the last few games of the regular season. The Wildcats are ranked eighth in the state in Division 3 and hope to have a long run in the upcoming state tournament, which begins next week with districts.

“I take a lot of pride in it,” said Hall, who’s been hot lately, averaging 14 points and nine rebounds over her last four games. “I like the culture and the team that we have. It’s cool to learn the culture from people who came before us and carry it on. It’s just a really cool part of Montague and I’m glad to be a part of it.”

Hall had a taste of winning big in the fall as a key member of the Montague volleyball team that was 34-7 and ranked in the state, but was shockingly upset in the Division 2 district finals by cross-river rival Whitehall. 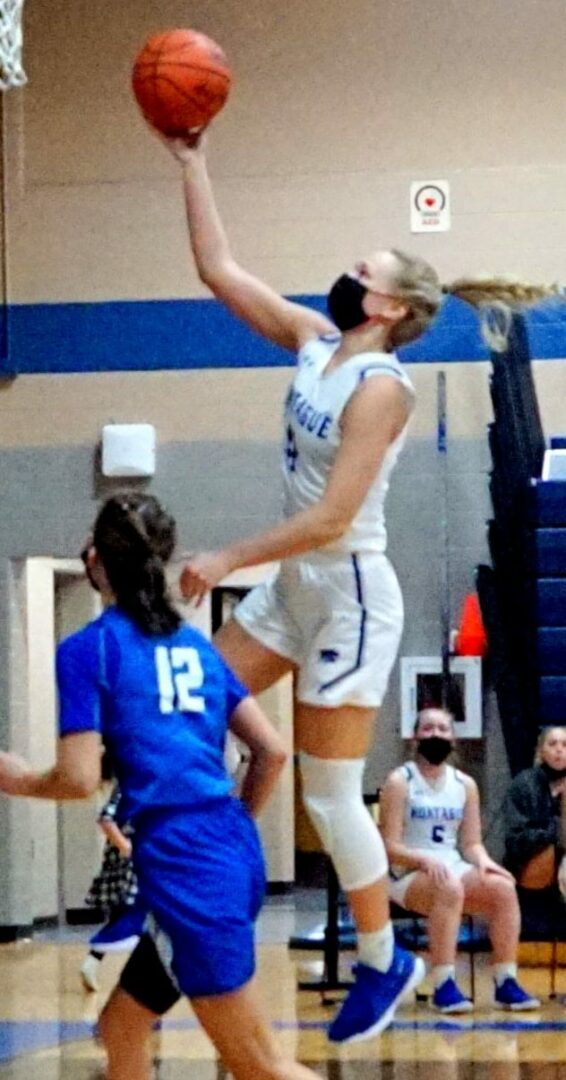 Ally Hall goes in for a layup during Montague’s matchup with Oakridge earlier in 2021. Photo/Leo Valdez

“We learned to never overlook anybody,” said Hall about the lessons she learned in the upset loss. “You have to prepare your best each time. We kind of overlooked them and were preparing for games past them. Everyone has a chance to beat you.”

The change in Hall’s preparation has been obvious, according to Montague girls basketball coach Cody Kater.

“She’s been preparing her butt off,” said Kater, a former state champion quarterback at Montague who’s been coaching the girls since the 2016-2017 season. “She’s trying to win each game and practice. She’s now seeing what that preparation has to look like, and she’s even hungrier to have success.”

Hall is quick to credit Kater with helping her become a better-prepared athlete.

“I think he really leads us well,” she said. “He’ll take us in and watch film on every team, no matter who it is. He shows a really good example of preparation and he makes sure to do a good job of making sure we’re prepared ourselves.”

While being an athlete is enough for plenty of students, Hall is driven to leave her mark at Montague in a lot of different ways.

“I want to be remembered as someone who seized every opportunity they had,” said Hall, who is the school’s National Honor Society president, student senate vice president and Future Farmers of America reporter. “I’m involved in a lot of other things that I enjoy. I like being around motivated and passionate people, and these things have me around those people.”

Hall’s motivation and drive rub off on her teammates, according to Kater.

“I think they really look up to her,” said Kater about the senior who’s averaging 11 points, 7.5 rebounds and 1.5 steals per game for the season “She mirrors what she says. She’s always trying to be a part of things that help her grow, and every girl on the team talks about how motivated she is.” 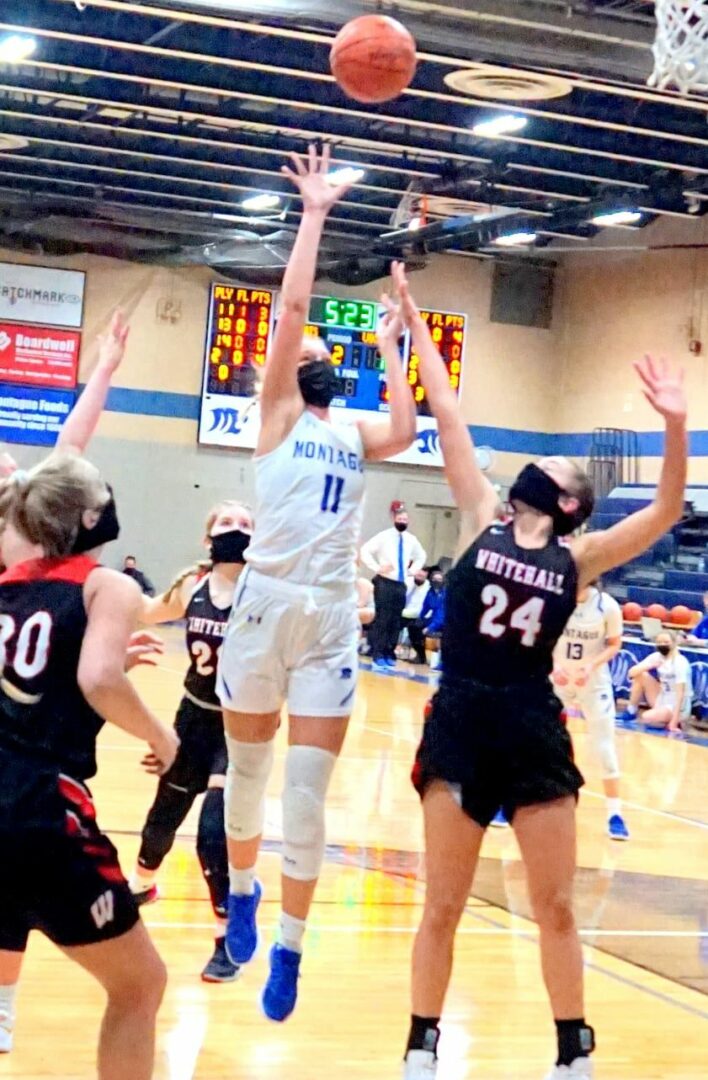 Ally Hall goes up for a shot during Montague’s win over Whitehall. Photo/Leo Valdez

The Wildcats don’s just rely on Hall, because she’s surrounded by teammates with an abundance of skill and experience of their own. Montague has very balanced scoring, so opponents have no obvious players to key on defensively.

“It’s been a lot of fun,” said Kater about having so many different girls who can step up. “I think the biggest thing for us has been the fact that each night different girls can pick us up and play at another level.’

“We don’t have just one person,” Hall said.  “It can always be someone else, and when we come together and play good, it’s hard to beat us. It’s reassuring to know if you have a bad day, someone will have your back, and I think that’s what makes a good team.”

The Wildcats are hoping to beat Shelby and North Muskegon in their last two regular season games, then take that momentum into districts next week. But Hall is in no hurry to get the season over with. She wants to savor every moment she has left with her teammates as graduation approaches.

“It’s super special,” said Hall about the connection she has with all of her teammates. “When we walk out of the locker room after a game, every parent hugs every girl. I remember growing up, all the different parents would take turns driving us. We know where every single one of our teammates lives, and not every team is like that.”