MUSKEGON TOWNSHIP – When it comes to tournament basketball, high-pressure free throws often separate the winners from the losers.

On Thursday night, the Muskegon boys basketball team went 10-of-13 down the stretch from the free throw line to hold off Reeths-Puffer 67-58 in a Division 1 district semifinal game at Reeths-Puffer High School. 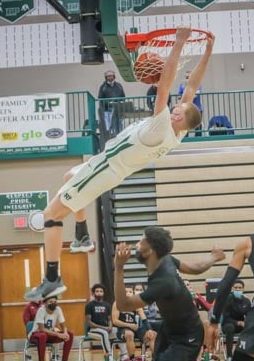 Muskegon, now 13-6 on the season, advances to play Grand Haven on Saturday in the district final at 3 p.m. at Reeths-Puffer. The Buccaneers defeated Mona Shores 67-41 earlier on Thursday night.

“It feels good,” said Muskegon sophomore Jordan Briggs, who went 5-of-6 from the free throw line when the game was on the line. “We wanted to win and get a chance for a championship on Saturday. We were just trying to get to the line and knock down our free throws, and we did that to keep our lead.”

With just 2:54 remaining, the Rockets were down 51-47 and had the ball on a fast break, but were unable to score due to a turnover.

The four-point deficit was as close as Reeths-Puffer could get, because the Big Reds made their free throws when they had to.

“We had it down to four,” said Reeths-Puffer coach Lance Johnson, whose team upset Muskegon late in the regular season. “Logan Brooks was breaking for a layup and couldn’t quite make the catch and finish. If we catch that and finish, it’s a two-point game with two minutes left. Unfortunately, it didn’t happen, and we had to foul. But we were right there.” 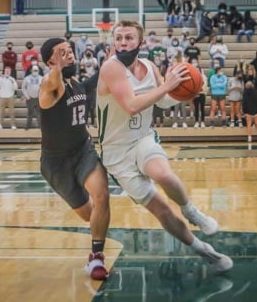 Both teams showed they were ready to play in the first quarter, with Muskegon taking a slight 12-9 lead at the buzzer. Briggs led Muskegon with three points while Travis Ambrose paced Reeths-Puffer with four.

The teams again traded baskets in the third quarter, with Reeths-Puffer getting as close as 38-33, before Muskegon pulled ahead 45-36 heading into the fourth.

But the Rockets never got any closer and ultimately ended their season with a 9-10 record.

“We had a couple really good seniors,” said Johnson about Smith and Mitchelson. “We mixed in some young guys and it was a fun group to coach.”

Muskegon held R-P freshman Jaxson Whitaker to just two points after Whitaker made seven threes in the last matchup between the two teams.

“That was our plan,” said Muskegon head coach Keith Guy. “We wanted to stay at home on Kaleb and try to go 1-on-1 with him and cover the shooters. I thought we were a couple steps behind last time and were leaving shooters open. We adjusted a little bit and didn’t let the others get off.”

Muskegon outrebounded Reeths-Puffer 28-22. The Big Reds also benefited from 13 Rocket turnovers whole only having four of their own.

The Big Reds were led by Briggs with 19 points while Ethan Hill totaled 10 points and 12 rebounds. Hull finished with 13 points for Muskegon.

“Briggs is having an unbelievable year,” said Guy about his sophomore. “Him and Anthony (Sydnor III) are growing up. They’re wise beyond their years and they’re playing great basketball. The future is bright for us.” 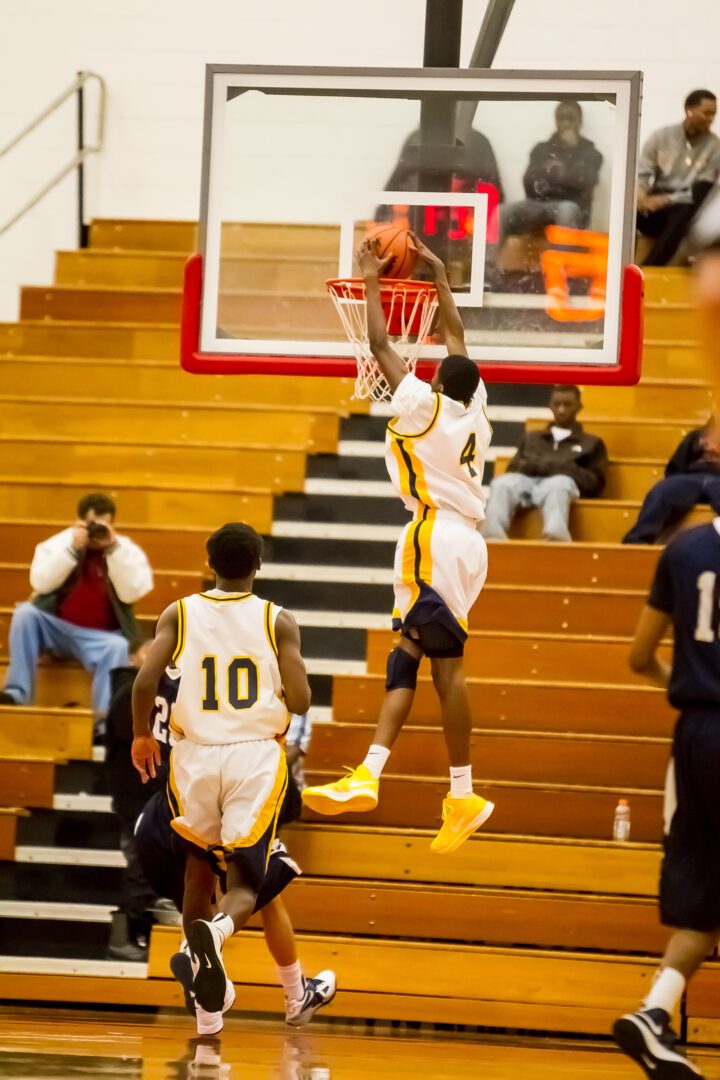