The North Muskegon boys basketball team did not exactly light up the gym with a high-powered offense. In fact, 36 points is almost never enough to win a boys district championship game. 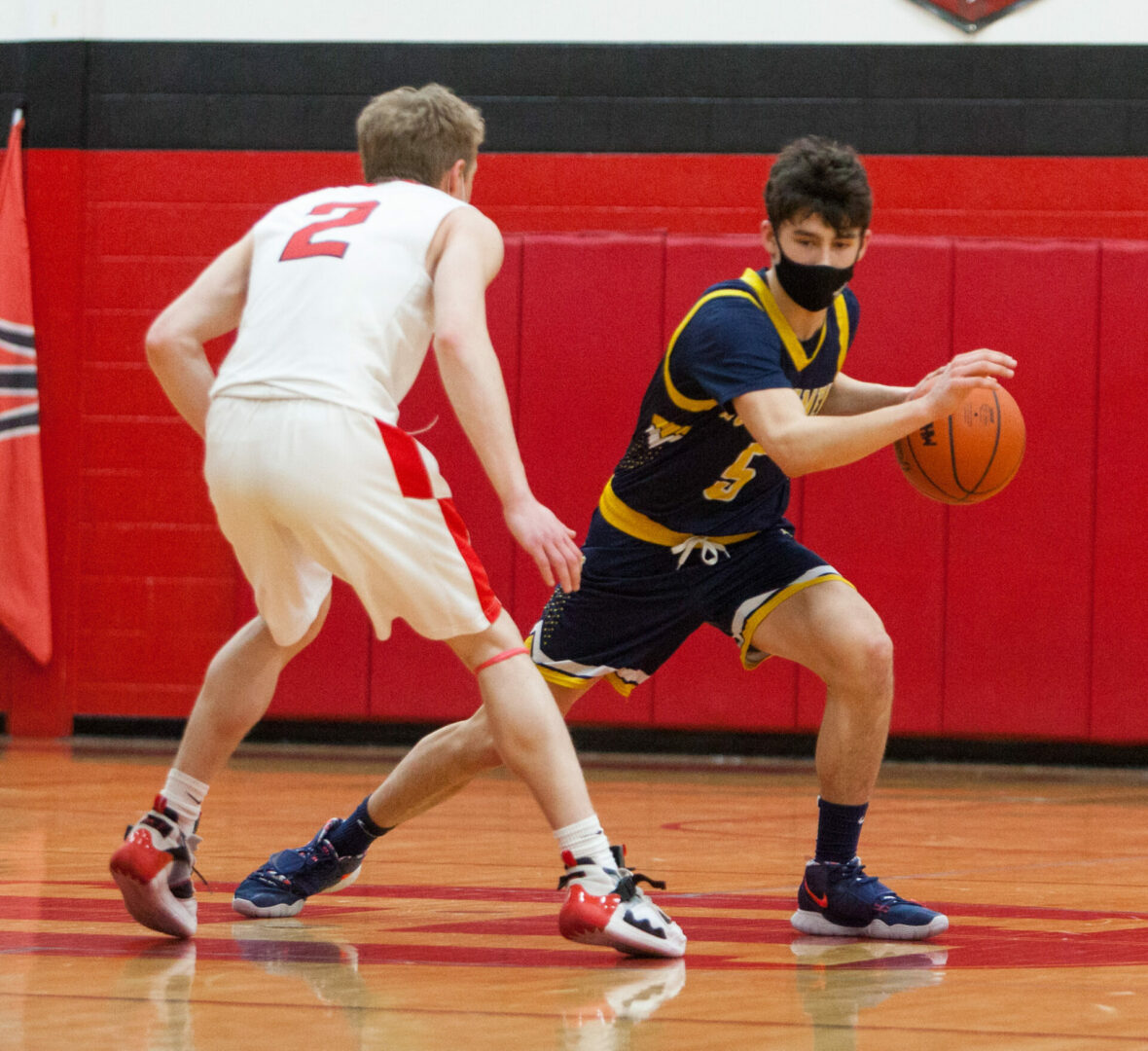 Troy McManus brings the ball up court for North Muskegon against against Brodrick Fialek. Photo/Jason Goorman

But the Norse defense was stifling, shutting down the usually potent Holton attack, and that was enough for North Muskegon to gain a 36-20 victory over the Red Devils in the Division 3 district championship game at Holton High School.

North Muskegon improved to 9-8 on the season and advances to face Ithaca on Tuesday in a regional semifinal game at Fennville High School at 7 p.m.

“Thank goodness our defense was on it tonight,” said Norse head coach Chuck Rypstra, whose team held Holton to 8-for-31 shooting from the field. “It was just really awesome, and it was our best defensive effort of the season.”

“I’m extremely proud,” said North Muskegon’s Will Gallo about the defense he and his teammates played. “We played really hard on both sides of the ball. We’re going for steals really well and have great guards who pressure the ball. Overall, I think we really held well together tonight.” 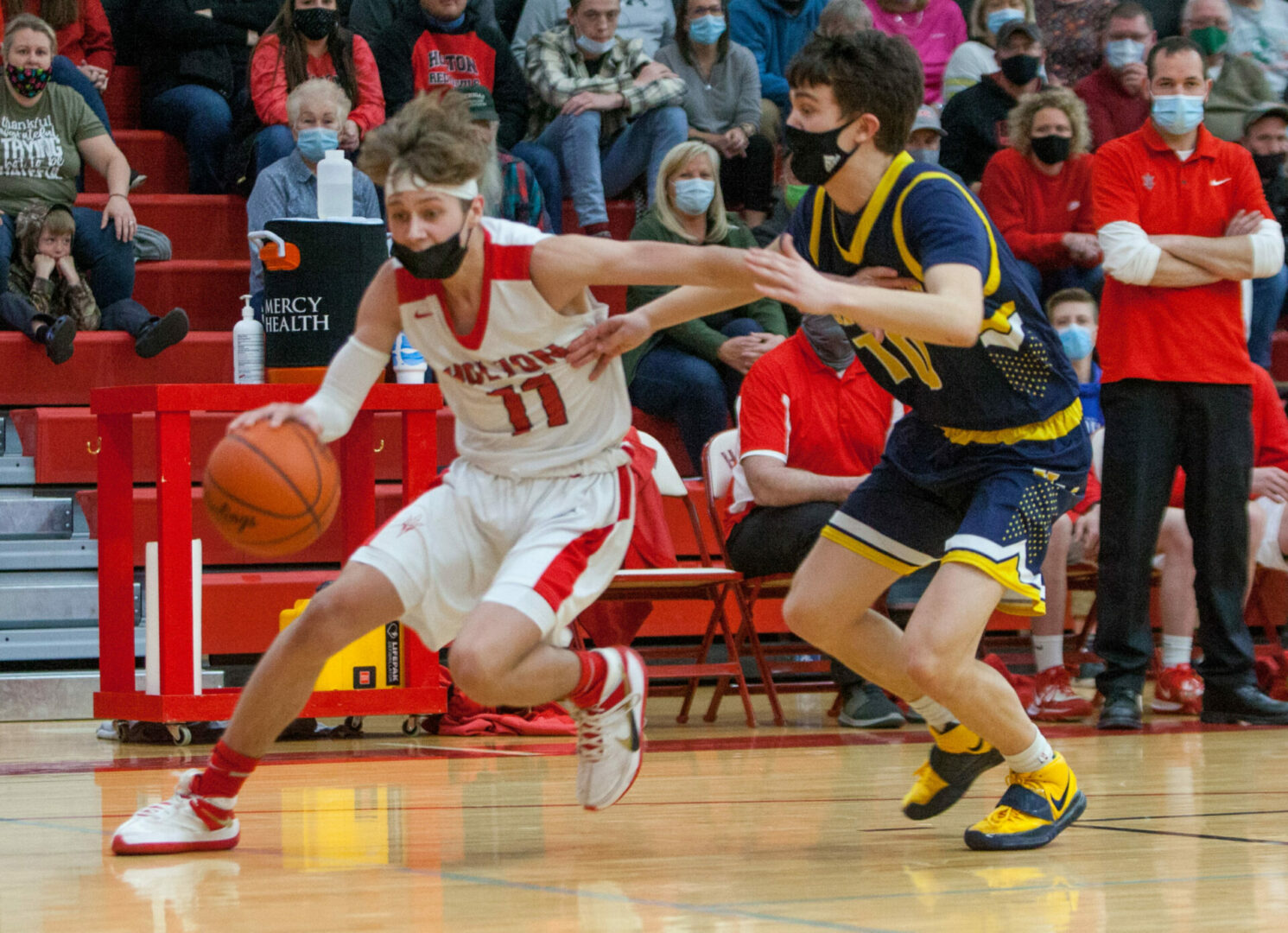 The game got off to a quiet start, with North Muskegon outscoring Holton 8-5. Brennen McManus and Brennan Pannucci each had three points to lead the Norse while Wyatt Monette had three points for Holton.

The Norse defense started to really take over in the second quarter, forcing six Holton turnovers. That allowed the North Muskegon to extend its lead to 17-11 at halftime.

In the third quarter, North Muskegon went on an 8-0 run to take a 25-11 lead with 2:30 remaining. The Norse ultimately held Holton to just three points in the quarter and led 25-14 headed into the fourth. 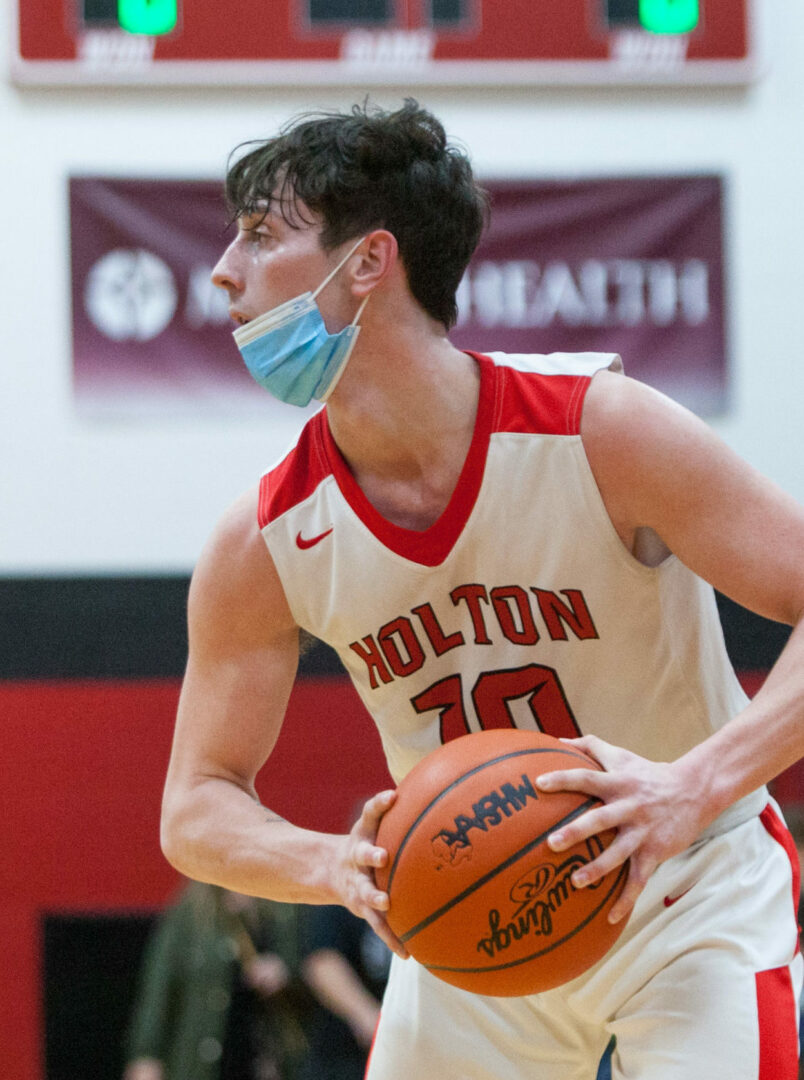 Aidan Poling holds the ball in the wing for Holton. Photo/Jason Goorman

The Norse sealed up the win and the championship by outscoring Holton 11-6 in the final eight minutes.

“It feels really good,” said Gallo about winning a district championship. “Coming into this, we weren’t as highly thought of as maybe we should’ve been, and we showed people that by winning this district.”

Holton finished the season with a 15-6 record and a Central State Activities Association Silver Division championship.

“It’s been a great year,” said Red Devil head coach Keith Swanson. “We had some excellent players who led us this year. It’s meant a lot to the community, and these guys have worked so hard all year long. I’m just very thankful to have this opportunity to coach these guys.”

The Norse will now have at least one more game to come together and surprise people, including their own head coach.

“I wouldn’t have guessed it,” said Rypstra about winning a district title this season. “But the guys have really come together and played well for us. It’s a great feeling, and now the guys have memories they’ll never forget.” 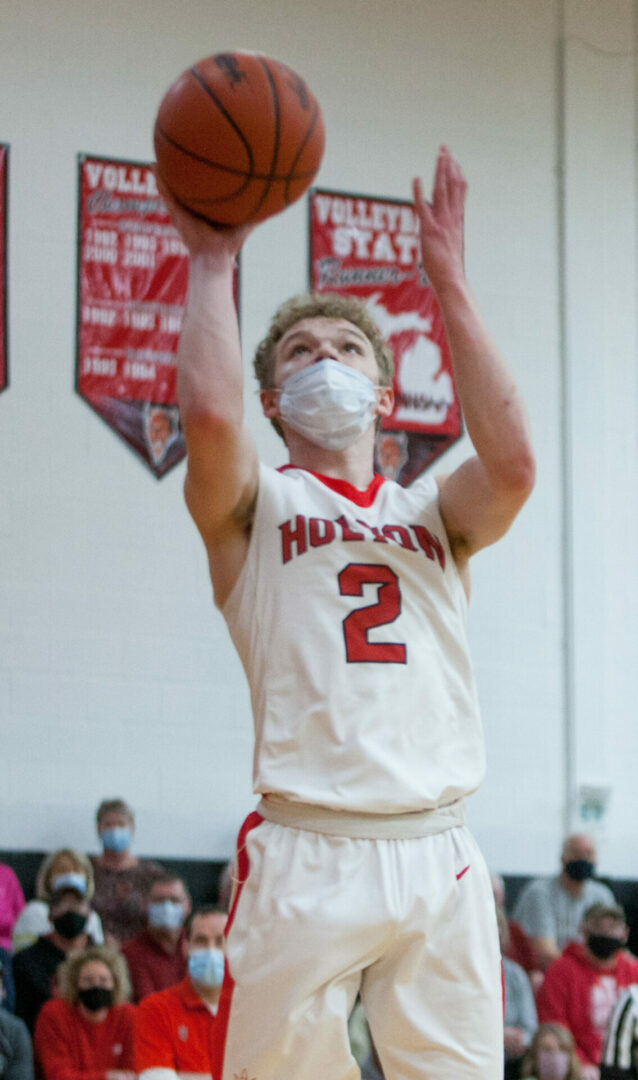 Bolton’s Brodrick Fialek goes in for a layup. Photo/Jason Goorman 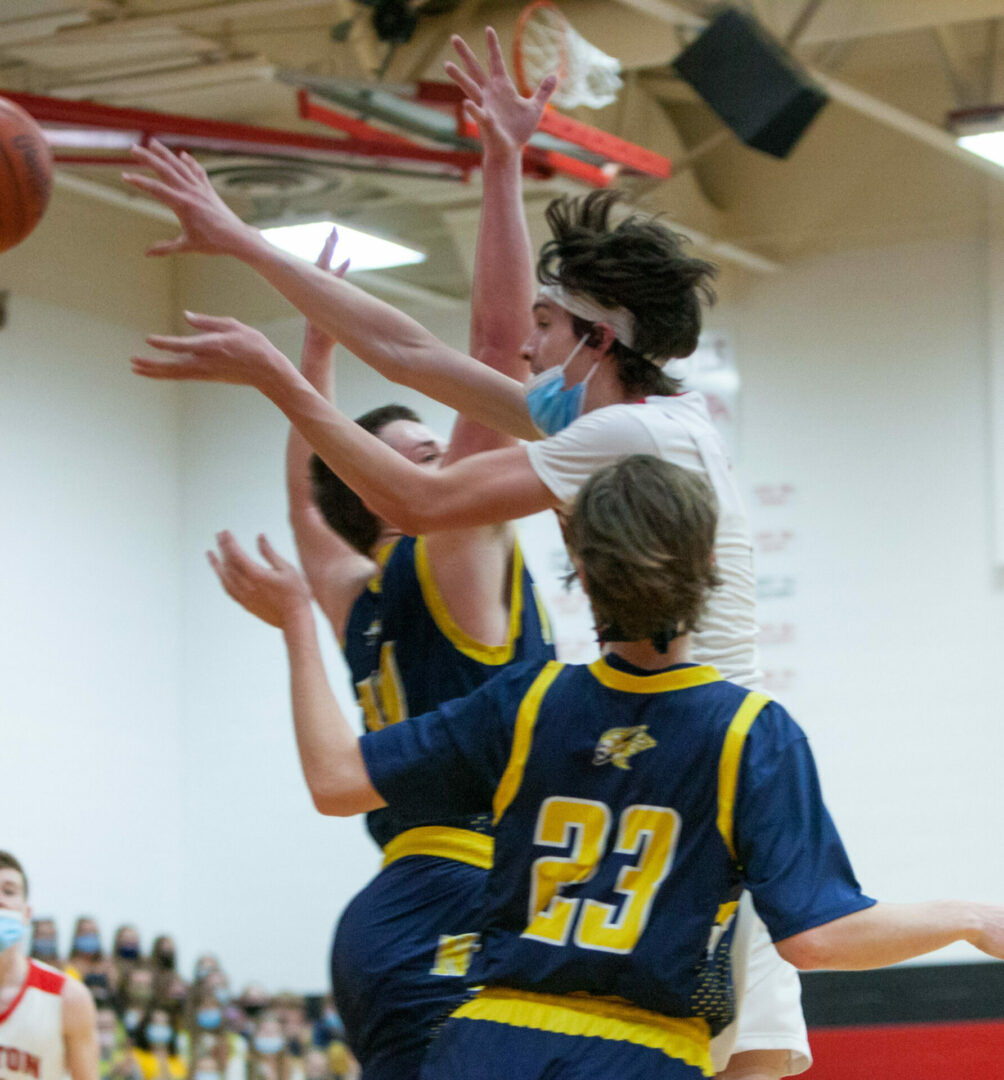 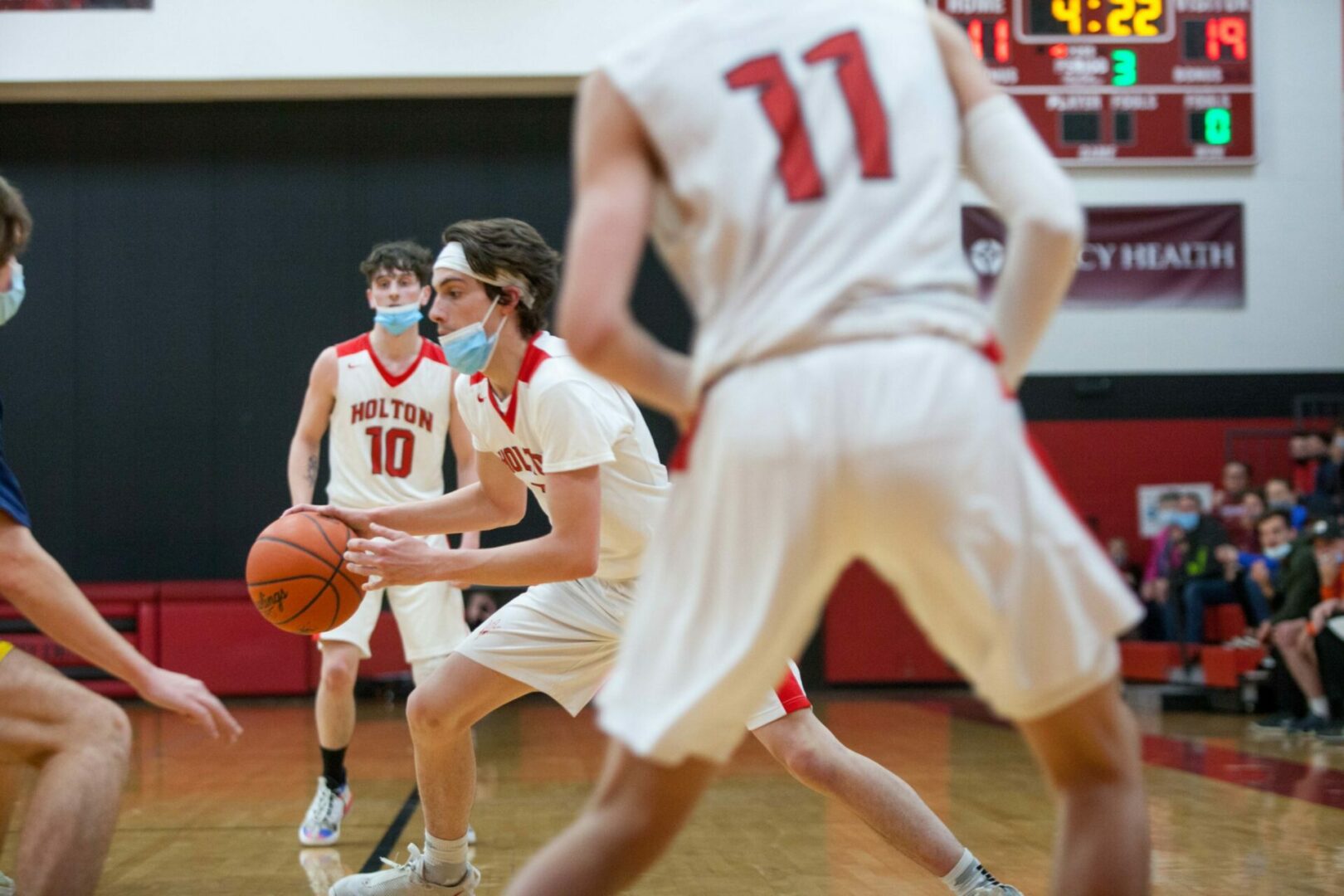 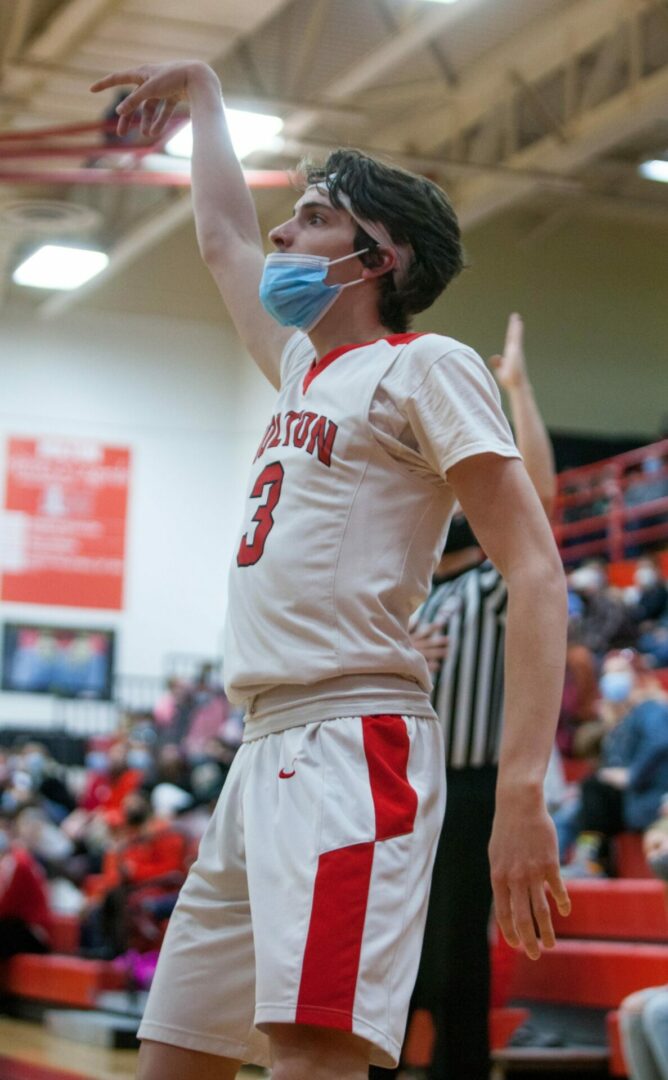 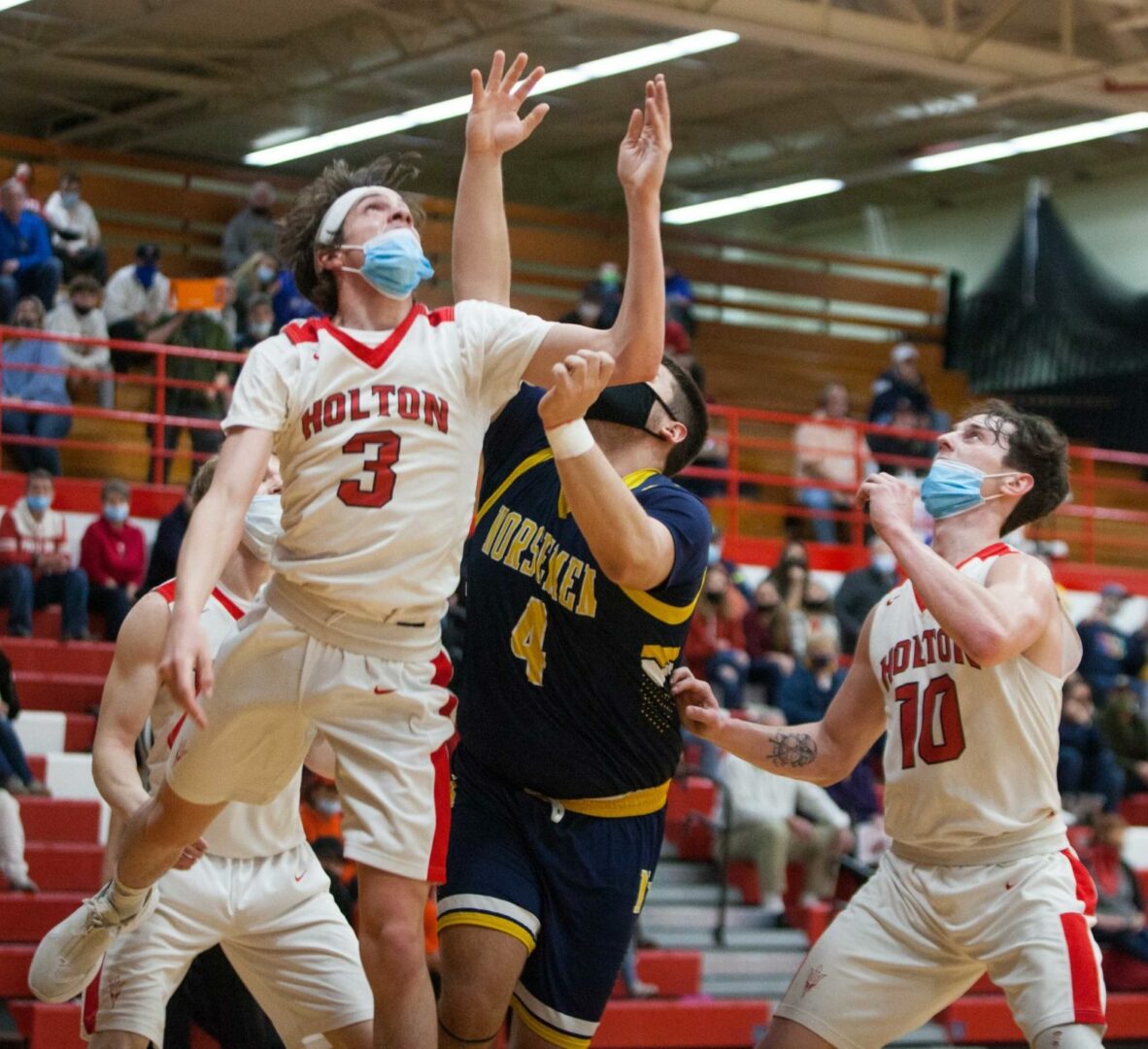 Brennan Pannucci gets between Holton’s No. 3 Wyatt Monette and Aidan Poling on a rebound. Photo/Jason Goorman 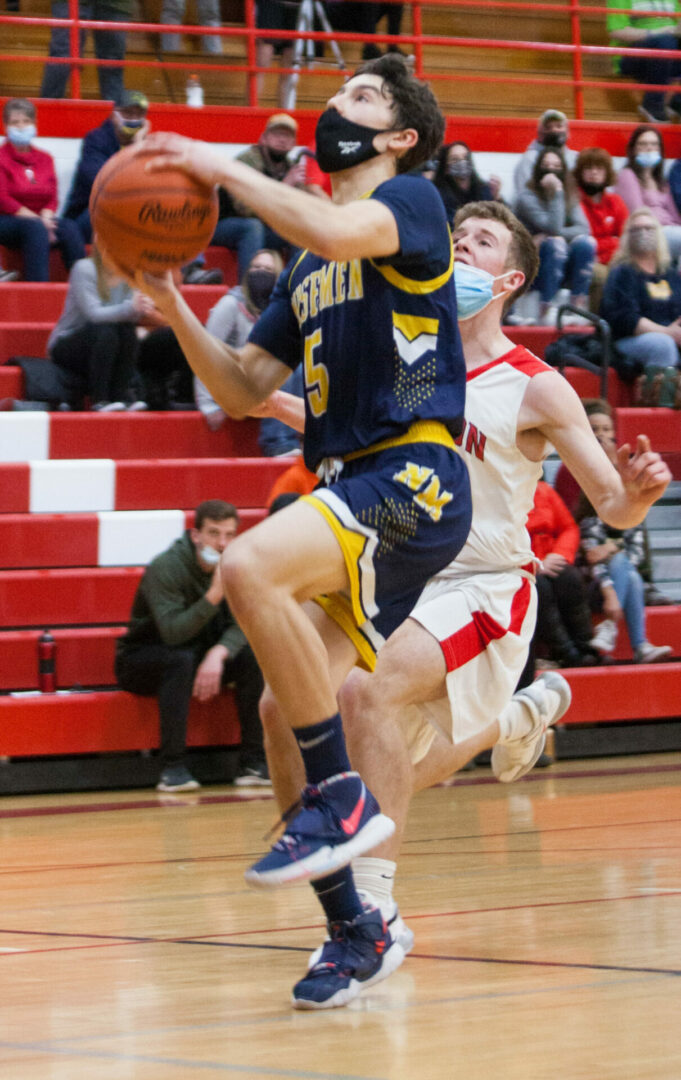 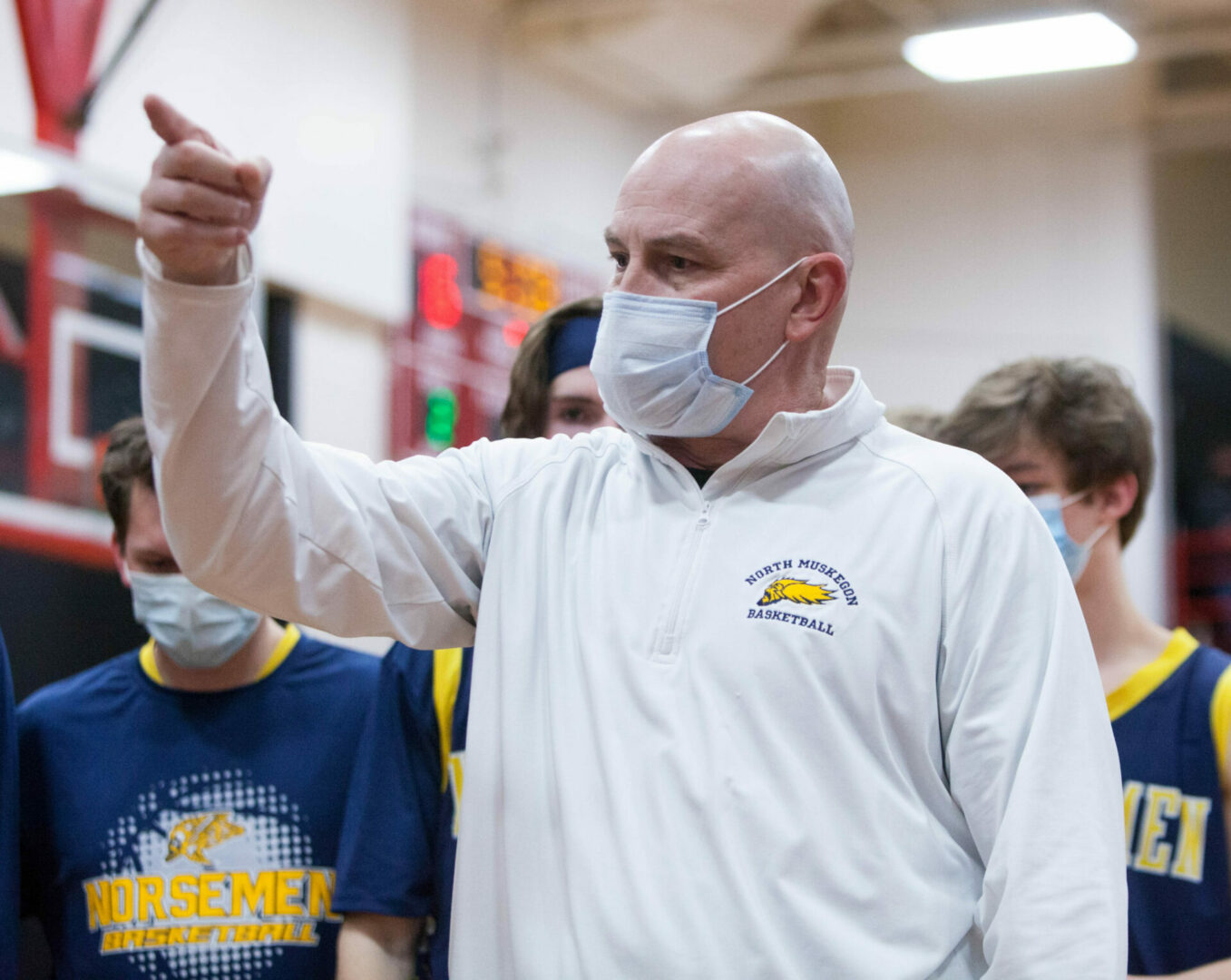 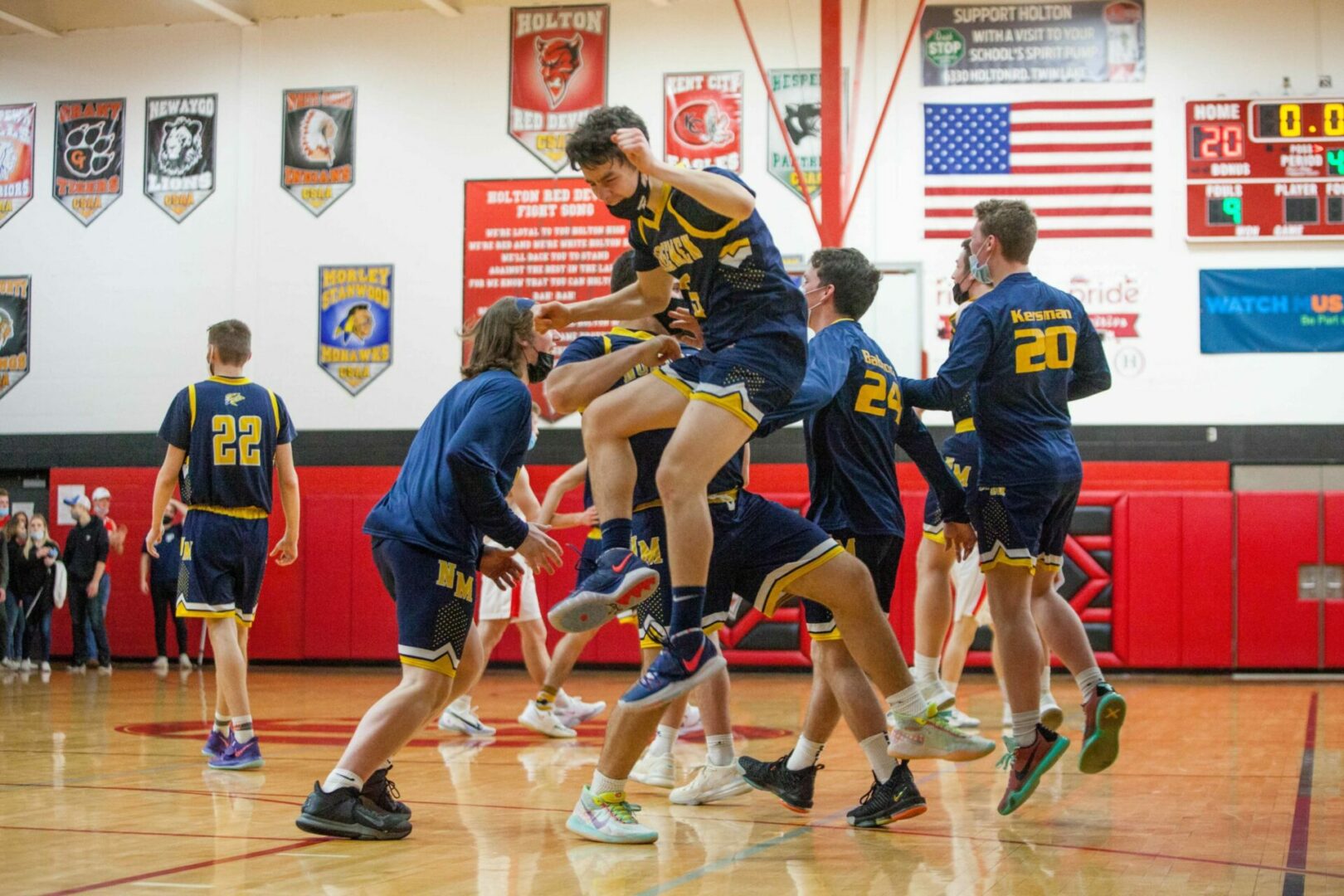 Troy McManus jumps up to celebrate his Norse’ win over Holton. Photo/Jason Goorman